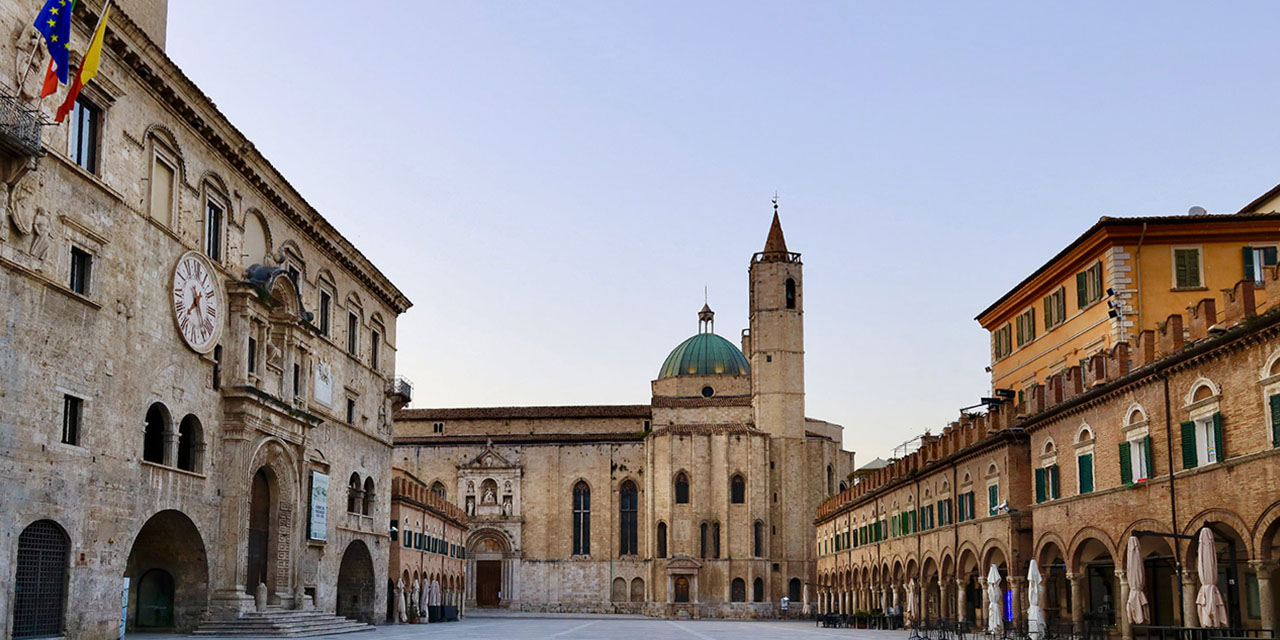 Marche (Eng. the Marches) is a region in central Italy that borders Emilia-Romagna and the Republic of San Marino to the north, Tuscany, Umbria and Lazio to the west and Abruzzo to the south. It is washed by the Adriatic Sea to the east. Its northern border is marked by the River Foglia, and its southern border by the Tronto.

The regional capital is Ancona. The other provinces are Pesaro-Urbino, Macerata, Fermo and Ascoli Piceno.

The territory is mostly hilly (69%), rising to mountains (for the remaining 31%) with the Apennine chain. The very limited flatlands, statistically irrelevant, cover the narrow strip of land beside the sea. The highest mountain is Mount Vettore (2478 m) in the Sibillini mountain range, followed by Mount Nerone (1526 m) and Mount Catria (1702 m), the latter two also featured on the Giro d’Italia route. Near Ancona is the iconic Conero promontory.

The major natural beauty spots of the region include the Frasassi Caves and the Furlo Pass.

The gentle hills and the brick colour of the beautiful old towns, whose buildings and charm have been carefully preserved, give the region its unmistakable character. The region was created in the 14th century, with borders not far different from the current ones, and it was named ‘Marca’.

Ancona, with its port and its relations with the East, experienced times of great prosperity. Urbino, too, now a UNESCO World Heritage Site, was a great international artistic, cultural and architectural centre in the Renaissance. It was the birthplace of the painter Raphael and the architect Donato Bramante. The region joined the Papal State until 1860, when it was annexed by Italy after the Battle of Castelfidardo, near Ancona, after which it became known as Marche.

The economy of the region is based on a flourishing network of small and medium enterprises achieving excellence and international renown in several sectors. These include agriculture, winemaking and fishing, along with tourism along the seaside, in art towns and for winter sports.

The regional cuisine is delicious, with local specialities everywhere, including a wide range of DOC wines.

The most distinctive towns, alongside Urbino, include Ancona; Ascoli Piceno with its old town built mostly of travertine; the university town of Camerino; Fabriano, renowned for its high-quality paper production; Fermo; Jesi, birthplace of the composer Giovan Battista Pergolesi and a capital of fencing; Macerata; Recanati, the birthplace of the great poet Giacomo Leopardi (1798- 1837) and the famous tenor Beniamino Gigli (1890- 1957); Loreto and its majestic Basilica; Castelfidardo, the international capital of accordion builders; San Benedetto del Tronto, with its promenade, the traditional finish-line of the Tirreno-Adriatico. 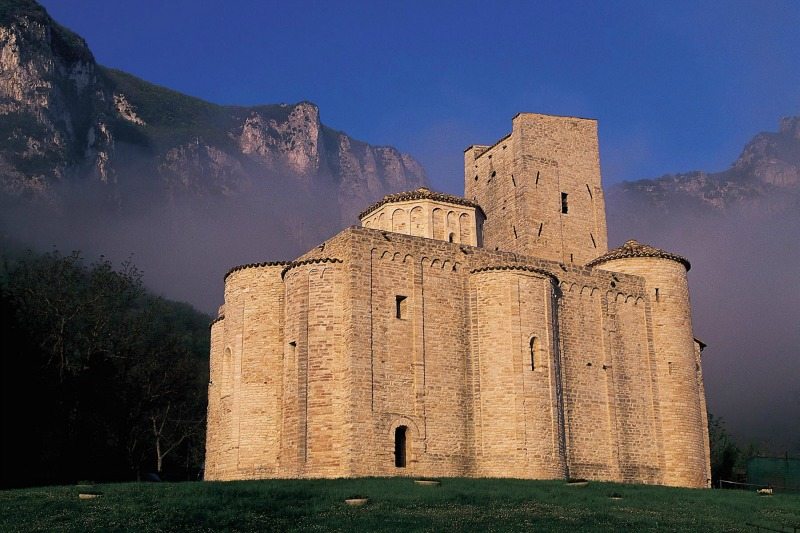 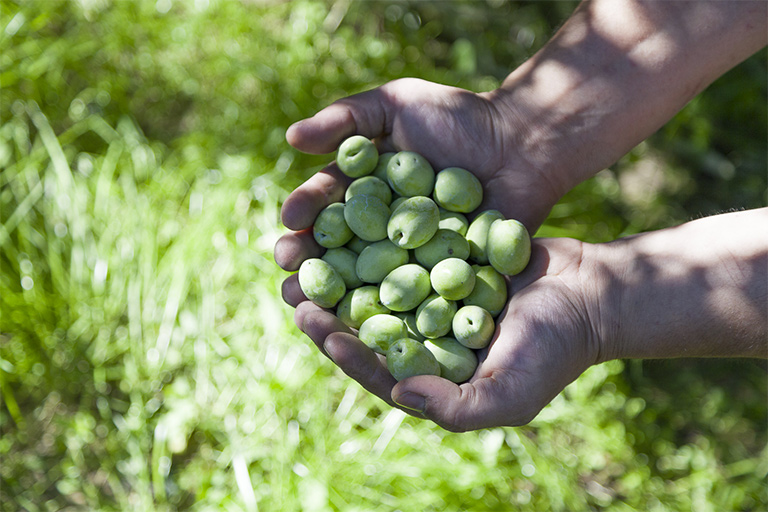 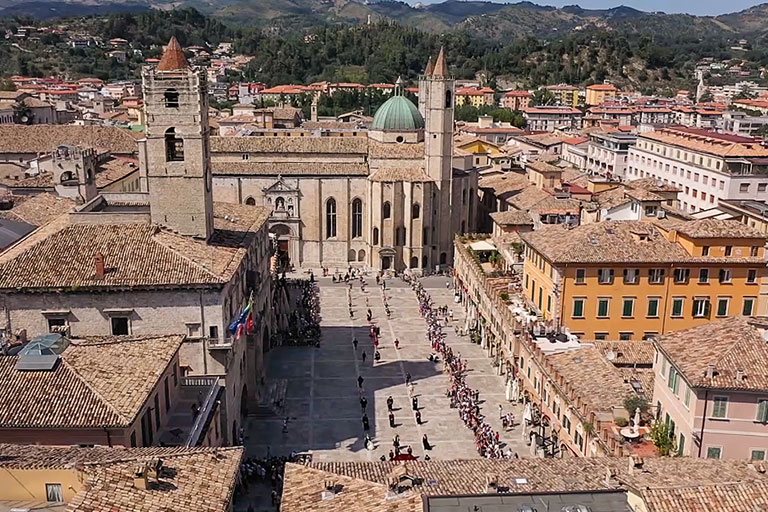 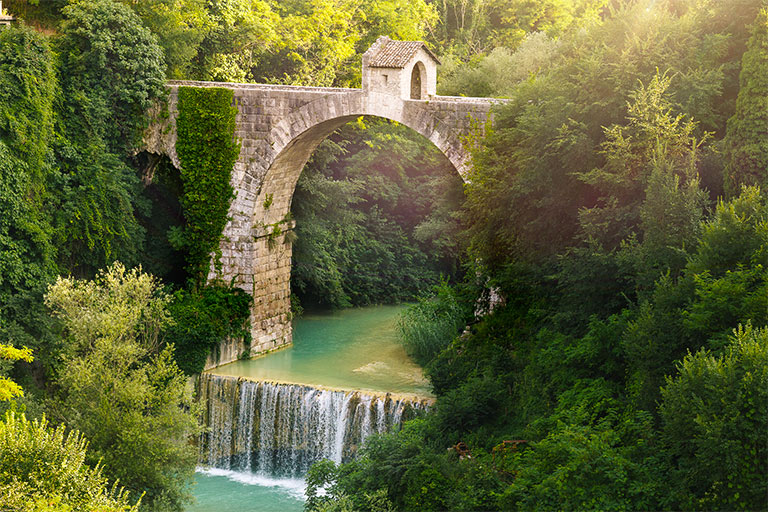 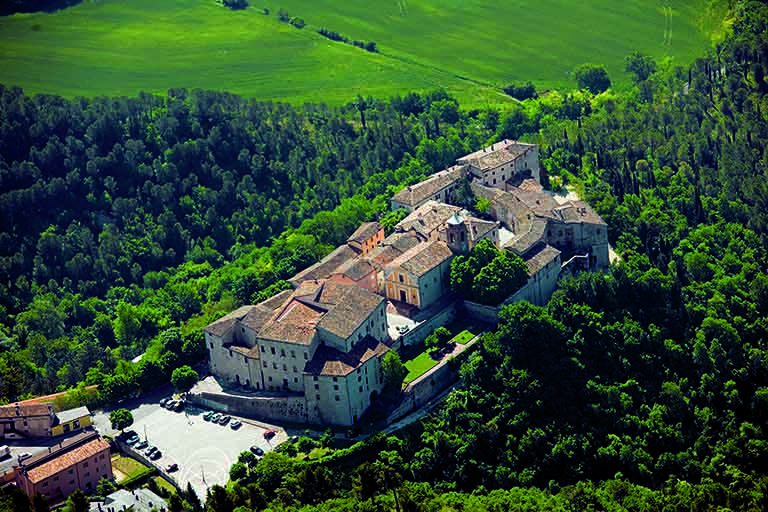 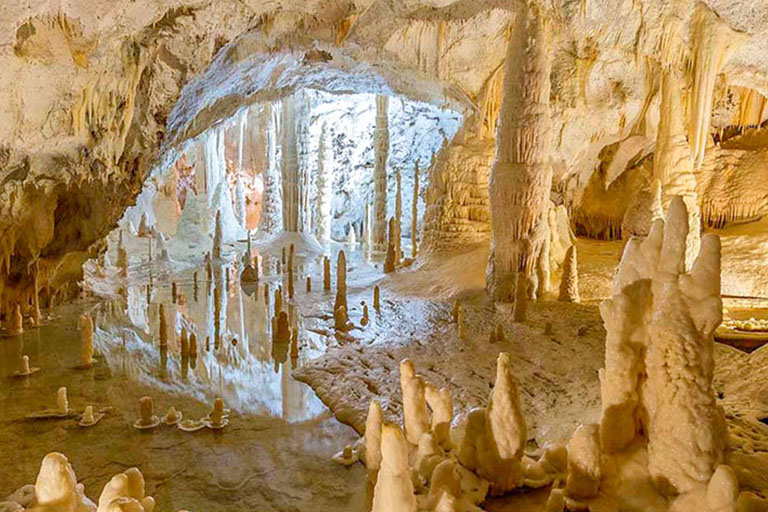