João Almeida and Ben Swift are the winners in the climbers’ and sprinters’ tournaments, respectively, of The Challenge of Stars by Enel organized by RCS Sport in collaboration with Bkool, with the presenting sponsor Enel, and the top sponsors Tissot (official timekeeper) and Würth MODYF and the two official partners Toyota (official car) and Serena Wines (official wine).

The climbers’ tournament opened with the quarter-finals: Giulio Ciccone, winner of the first edition of the tournament, reached the semi-finals against the winner of the last Giro d’Italia, Tao Geoghegan Hart; João Almeida defeated the Belgian Harm Vanhoucke. In the lower section of the scoreboard, Colombian Harold Tejada got the better of Dutchman Bauke Mollema while the German Ben Zwiehoff beat two-time winner of the Vuelta a España and second in the last Tour de France, Primož Roglič.

In the semi-finals João Almeida defeated Giulio Ciccone while Ben Zwiehoff beat Harold Tejada, putting them into the final which brought success for the young Portuguese star against Zwiehoff.

João Almeida (Deceuninck – Quick-Step), winner of the climbers’ tournament, said: “It’s my second experience on the Stelvio in a few months, the first one during the Giro was harder, but this one was not easy for sure! It was a nice experience with good competitors, some of the best climbers, I did not expect to do so well. I knew Ben [Zwiehoff] would have done well, he started full gas, it was difficult to stay with him at the beginning, then in the final I went full gas and managed to win, it was very hard. On a short effort like this you can never rest, you need to be strong and smart at the same time to save some energy. This year was pretty good for me, I need to thank my team for their constant support and now I look forward to what the future brings to me next year, hopefully with some more good results!”

The Portuguese rider of the Deceuninck-Quick Step team, born in 1998, wore the Maglia Rosa at the Giro d’Italia 2020 from the 3rd to the 18th stages, finishing the Corsa Rosa in fourth place in the overall standings. 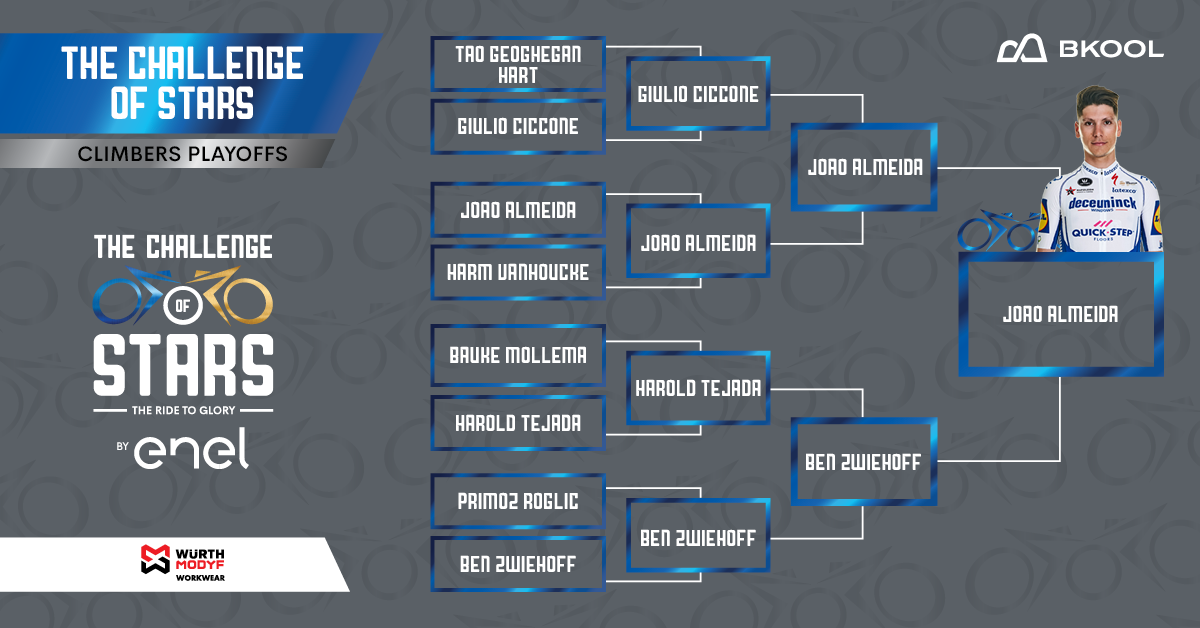 In the first semi-final Arnaud Démare defeated Mads Pedersen while Ben Swift overtook Tim Merlier. In the final, the clash between the French sprinter and the experienced British pistard saw the latter cross the finish line first and conquer the sprinters’ board.

Ben Swift (Team INEOS Grenadiers), winner of the sprinters’ tournament said: “This is hard racing, completely different from the open road, it’s quite hard to do such an explosive effort, especially in December. This kind of tournament is good fun, I enjoyed it, and I am sure also the other riders felt the same. 2020 was a special year for me. The way we raced the Giro was completely different from the past, I worked really hard and I think I showed I was at a completely new level. In the future I would like to target a stage victory at the Corsa Rosa.”

The experienced Briton has been a professional since 2009, and has made it to the podium twice at the Milano-Sanremo (second in 2016 and third in 2014). On the track Swift won gold at the world championships in the scratch race and three silver medals. He was part of the team who won the Giro with Tao Geoghegan Hart this year. 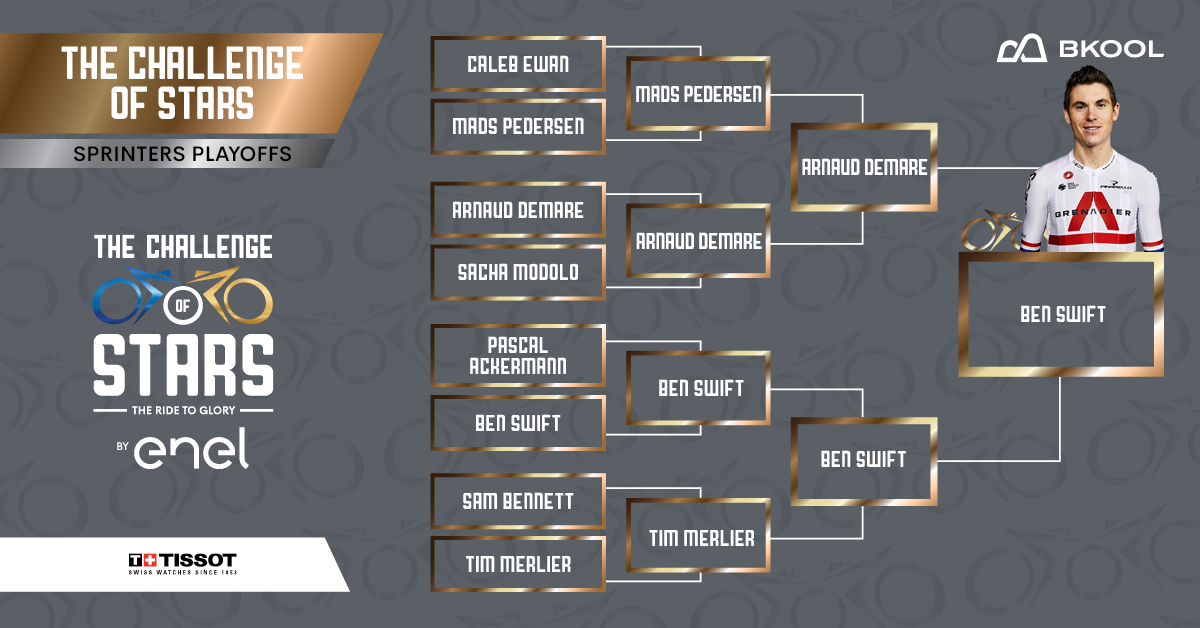