Milan awaits the winner of the 104th Giro d'Italia, and the celebration of 90 years of the Maglia Rosa, with a special video mapping display

Today the Corsa Rosa observes its second and final rest day, with Egan Bernal sat at the top of the general classification after two weeks of racing. In the meantime, Milan awaits the winner of the 104th Giro d’Italia, and the celebration of 90 years of the Maglia Rosa, with a special video mapping display held last night in the Piazza Duomo. The architectural lighting project is an RCS Sport initiative, with the support of Enel (the main sponsor of the Maglia Rosa since 2016) and the technical support of Enel X.

The video projection is repeated every 10 minutes on the facade of the Palazzo dei Portici Meridinali, retracing the history of the Maglia Rosa from the 1930s to today through an immersive story of images, videos and 3D animations.

The video represents the collective dream shared by several generations for 90 years – the “Amore Infinito” of cyclists and fans towards the Giro d’Italia – and looks back at the most significant race moments that have shaped the history of the Trofeo Senza Fine. The Giro is a sporting competition that for decades has crossed Italy, promoting the heritage, communities and traditions of the country. As part of the great race, the Piazza Duomo will also further welcome the Giro by lighting the entrance to its iconic Galleria Vittorio Emanuele II pink by night. 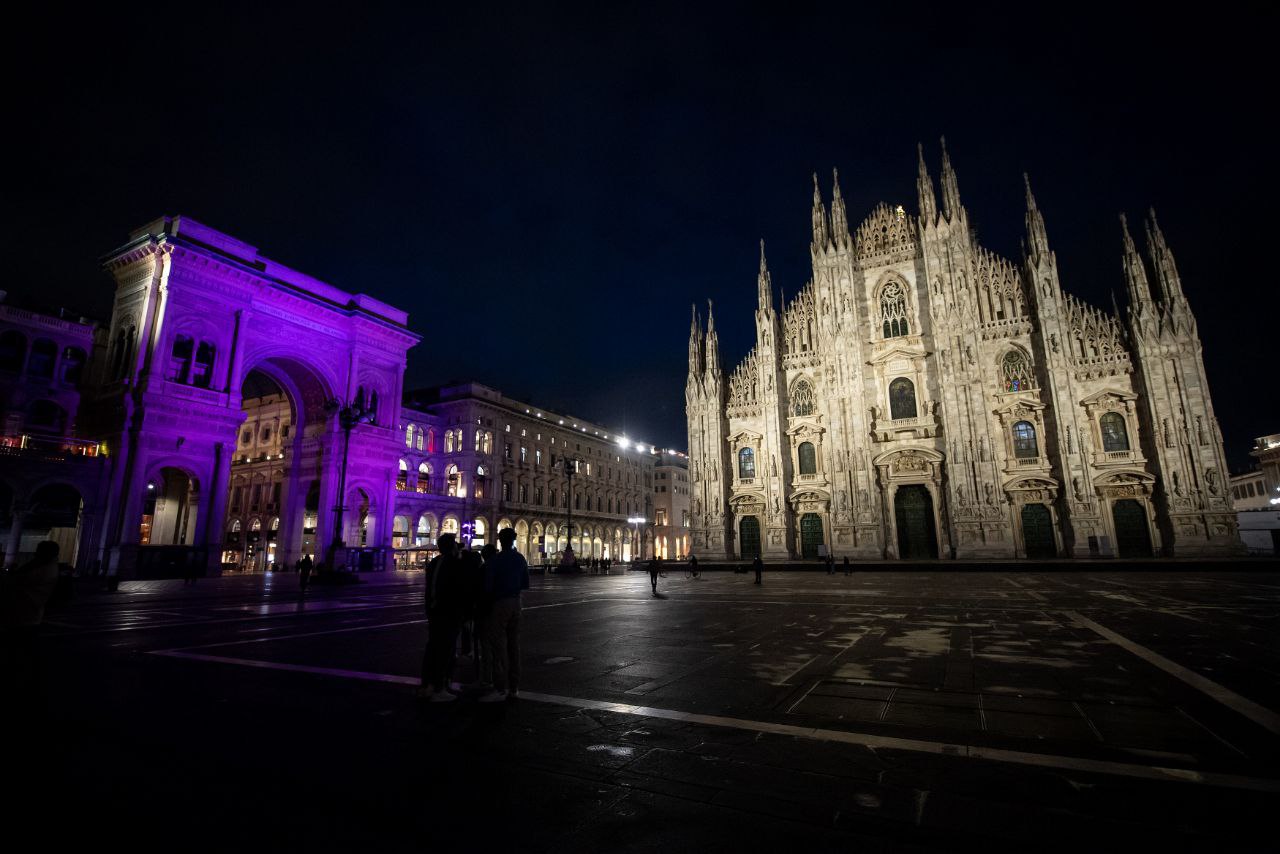 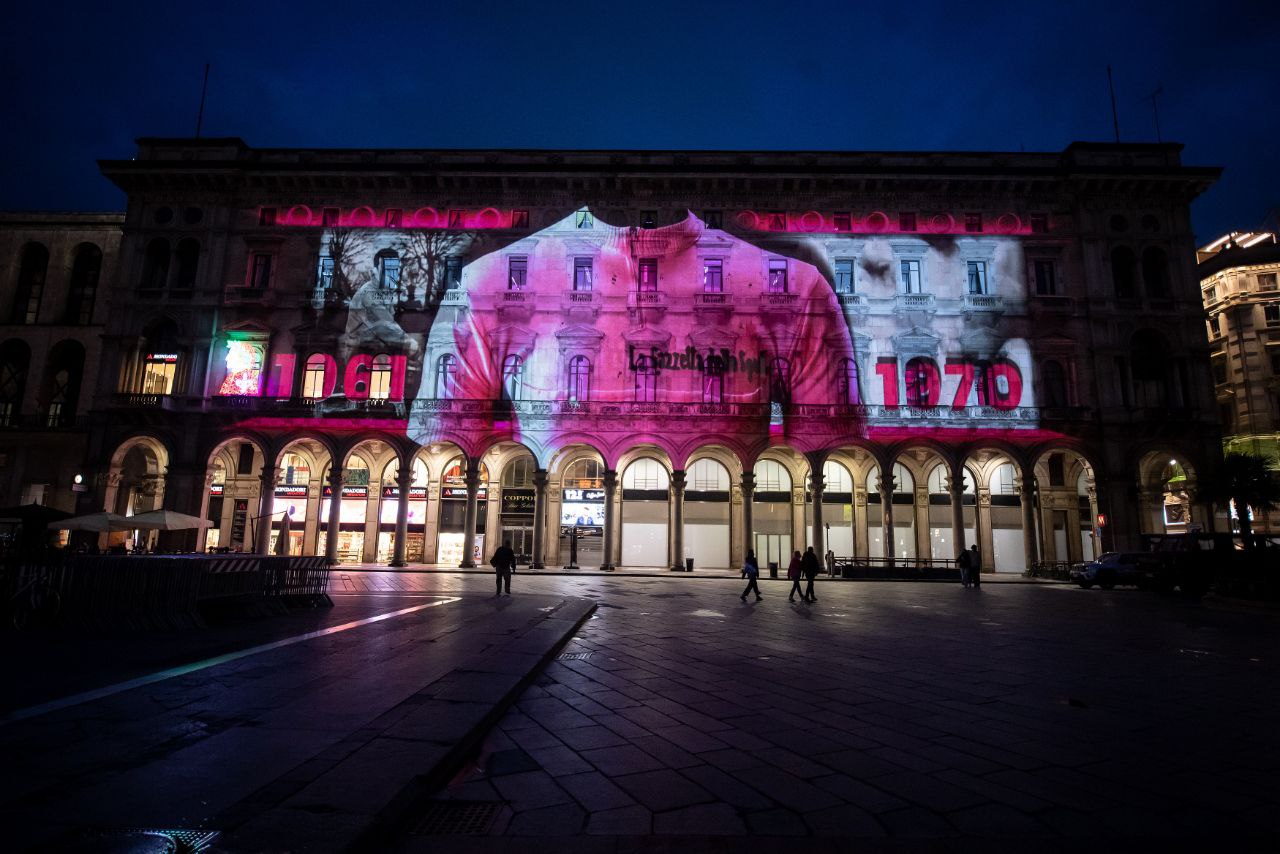 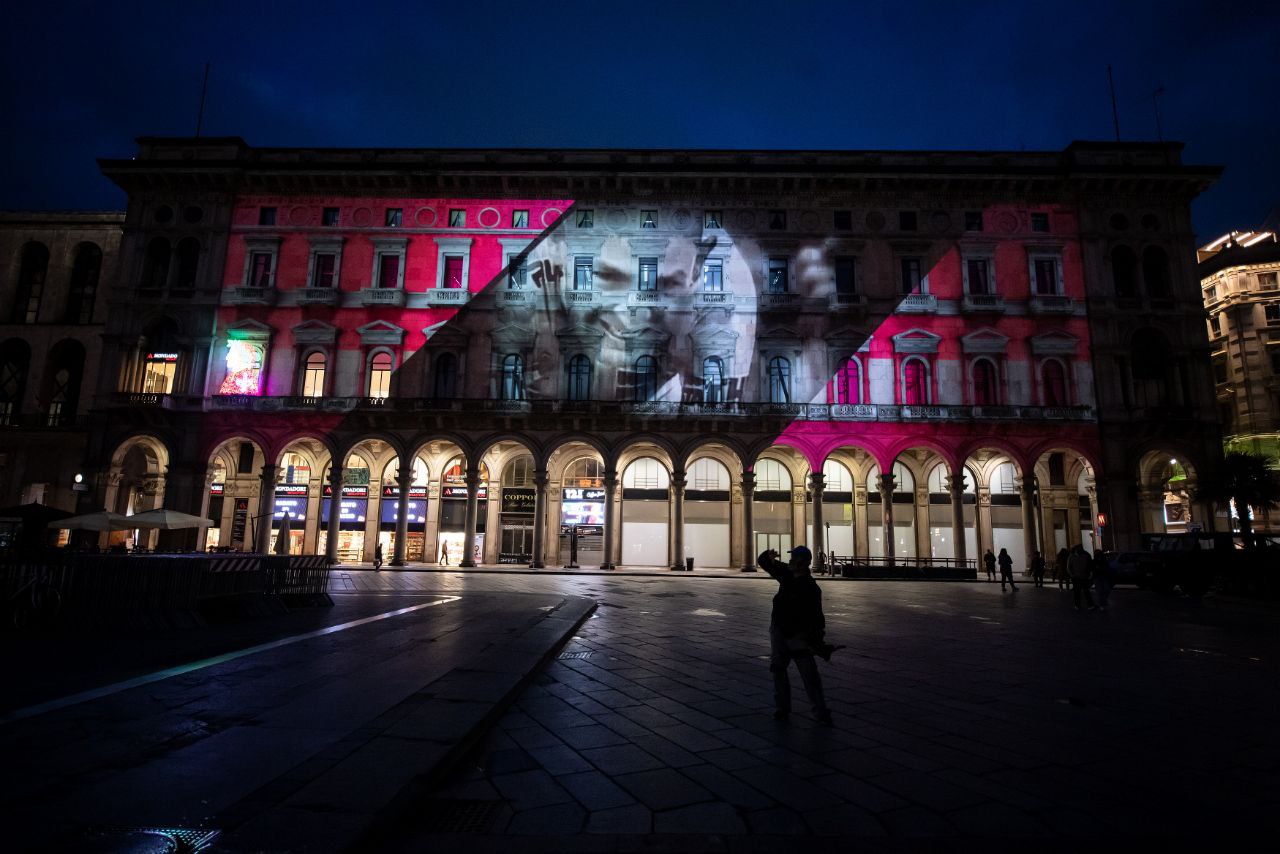 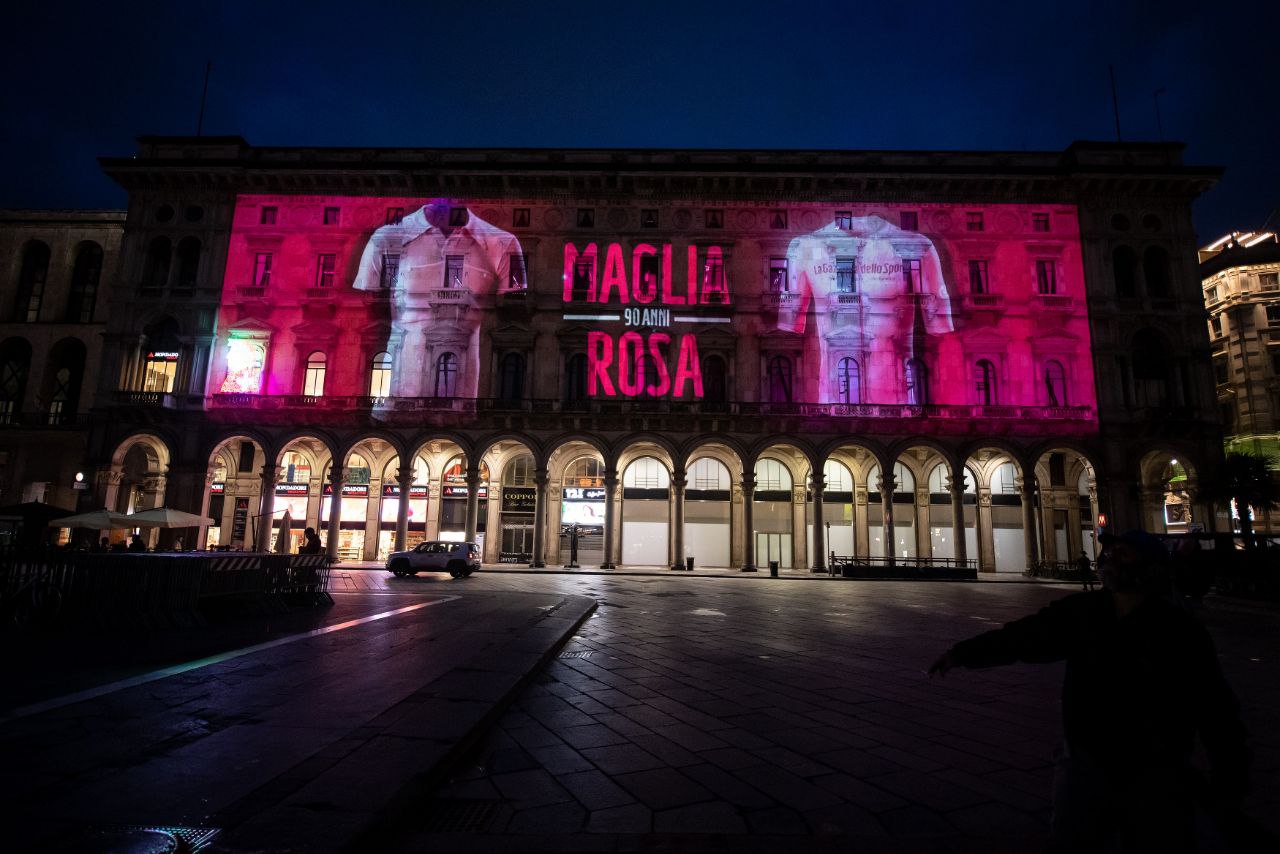 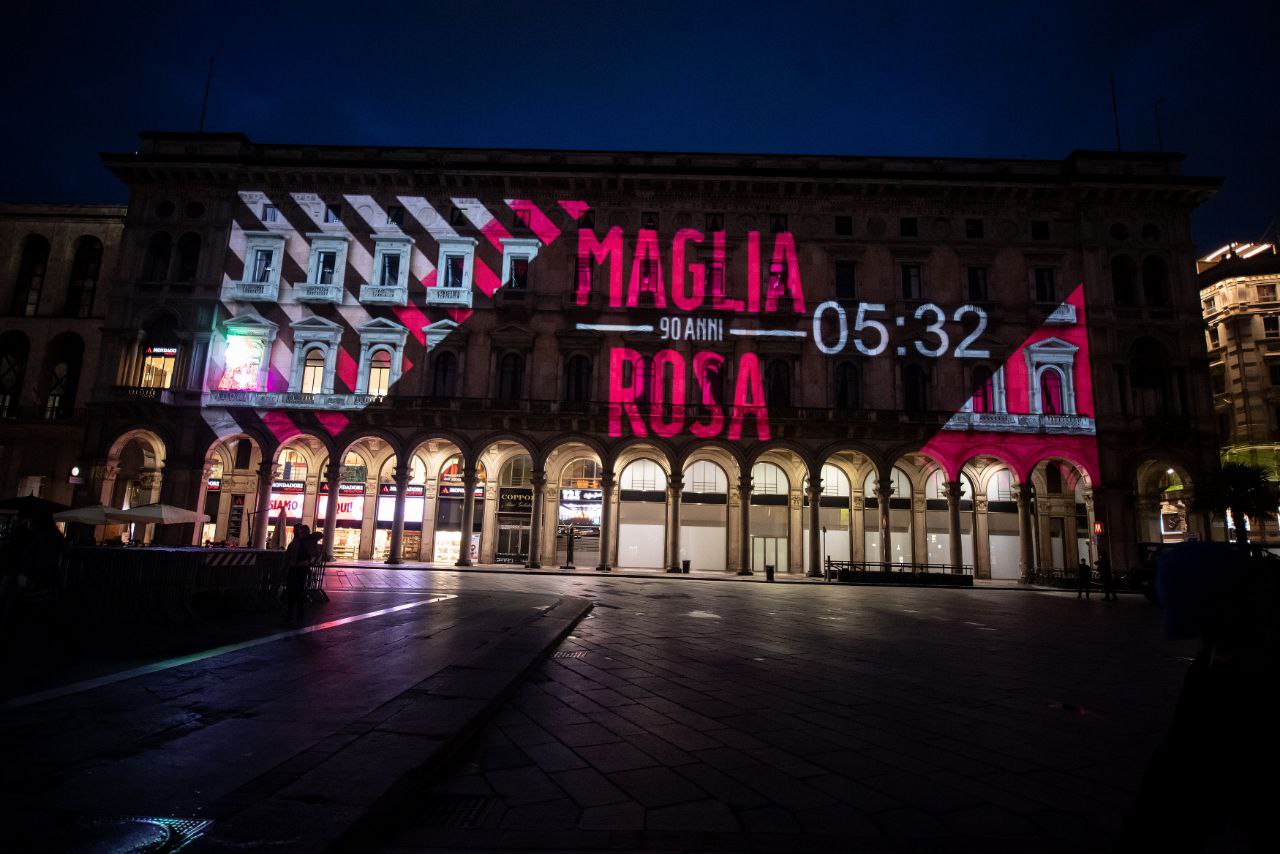 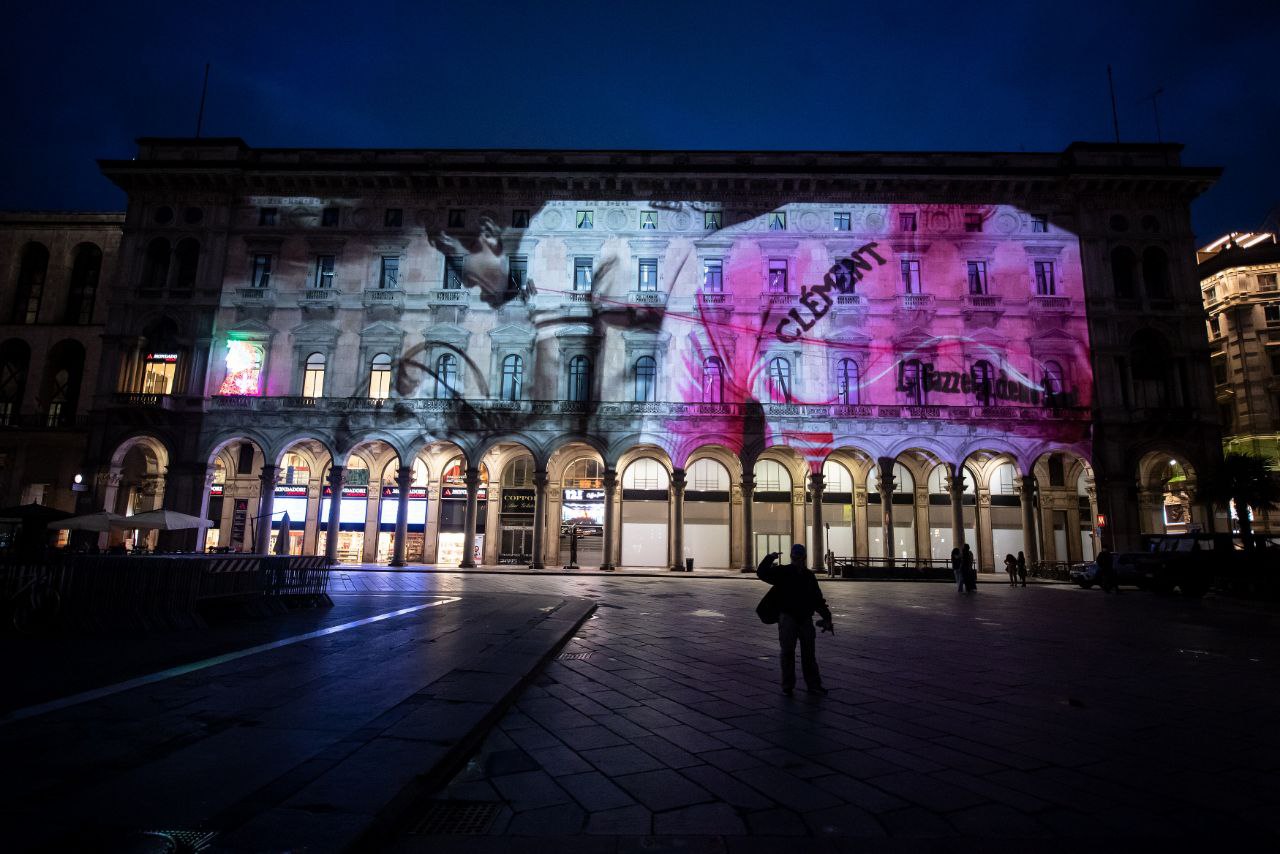 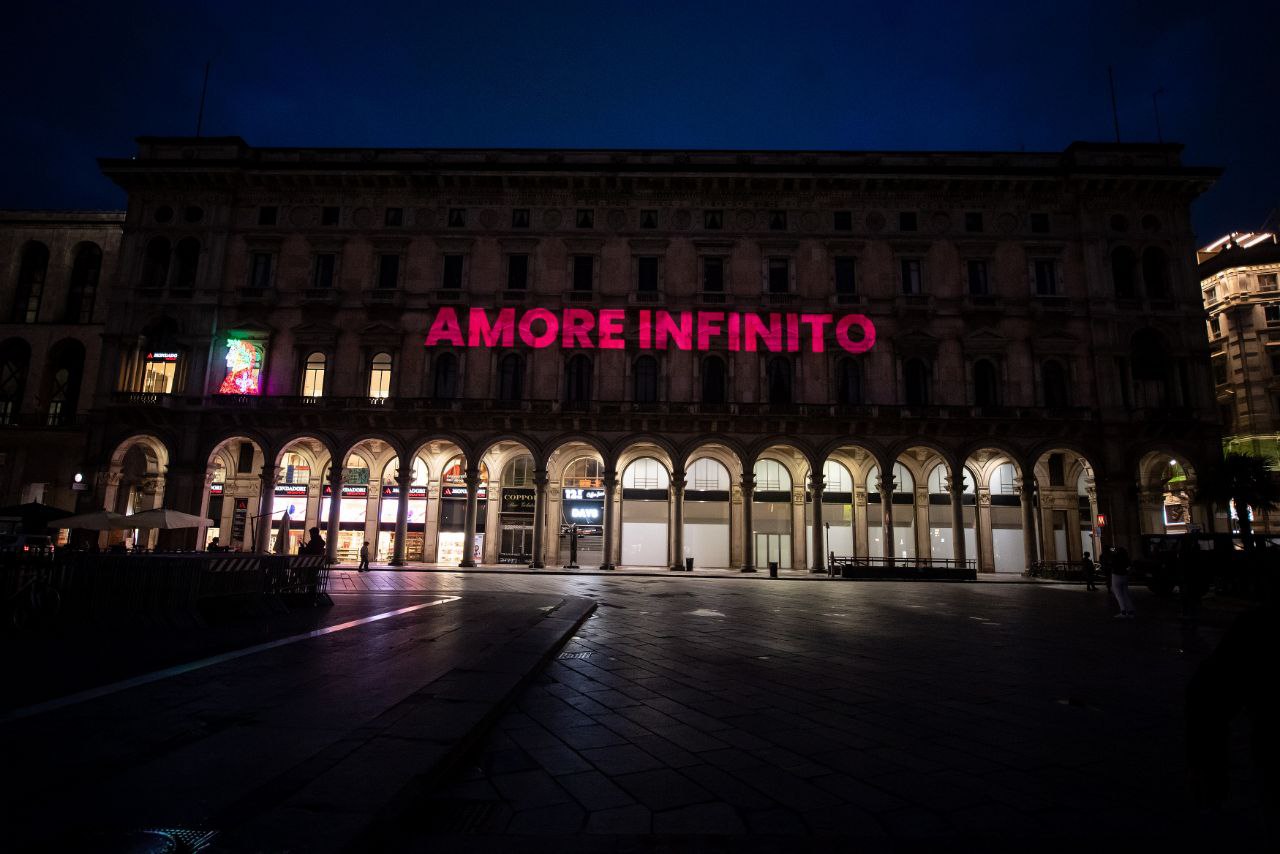 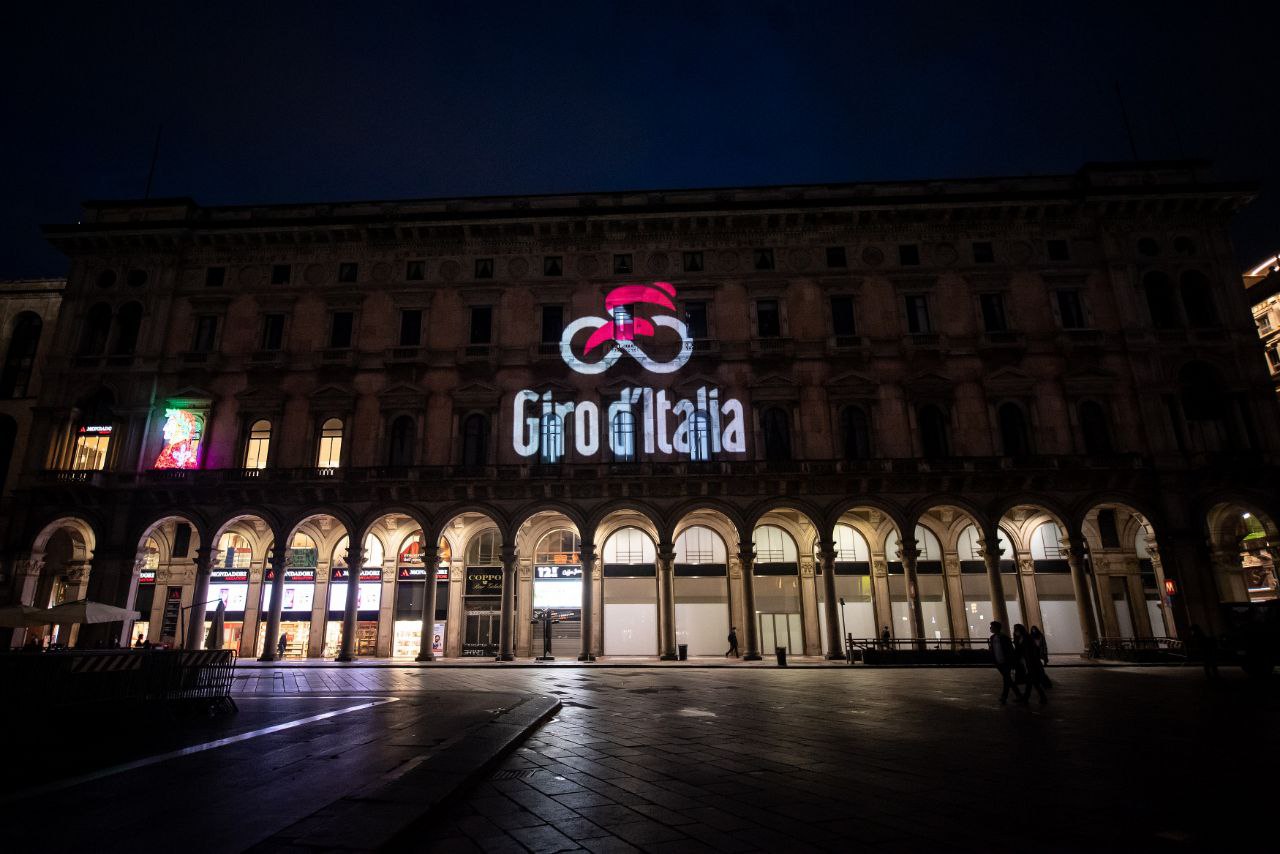 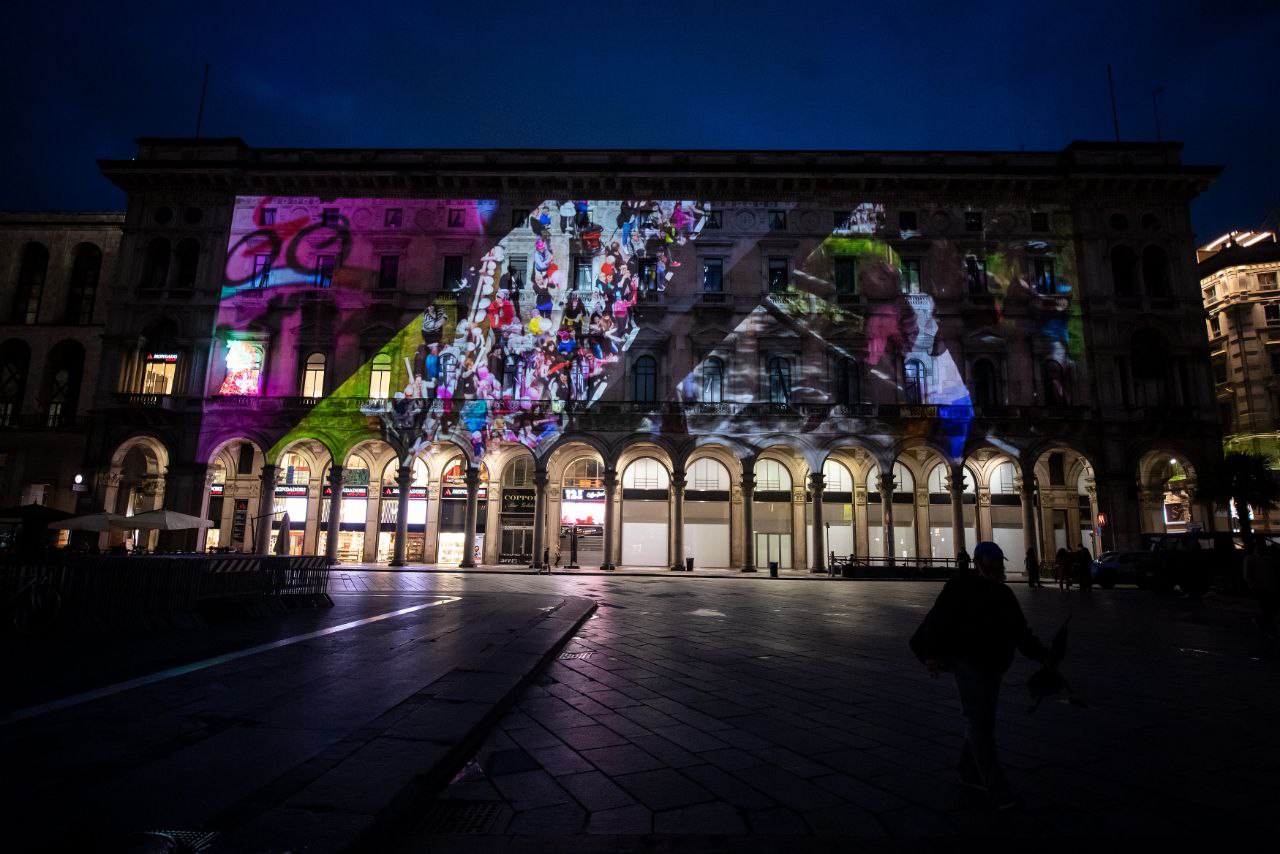