The Route
Stage with only one climb, the Colle di Nava, in the initial part followed by a long crossing of the Cuneo plain. Along the Colle di Nava there are several illuminated tunnels, all uphill.  Once we get onto the plain, the city traffic obstacles are basically to only thing to report. Slightly uphill finish.

Last kilometres
Last few kilometres inside the city. We pass several roundabouts on very wide, well-paved and straight roads in the first part. Entering the old town centre, the riders will ride for 800 metres on cobblestones leading into the last kilometre. The finish is on asphalt with an average gradient of approximately 2.5%.

Who will be the protagonists?
Today’s could be the sprinters’ penultimate chance, as then only Treviso should smile on the fast wheels, which is why the sprinters’ teams will most likely not want to miss out. With Caleb Ewan packing his bags, the sprinters to keep a close eye on are Arnaud Démare (Groupama-FDJ), Mark Cavendish (Quick-Step Alpha Vinyl) and Fernando Gaviria (UAE Team Emirates), but it is interesting to see whether Alberto Dainese (Team DSM) will be able to repeat the great exploit of Reggio Emilia. Also watch out for those who will break away: a large group of attackers could put the peloton in trouble. 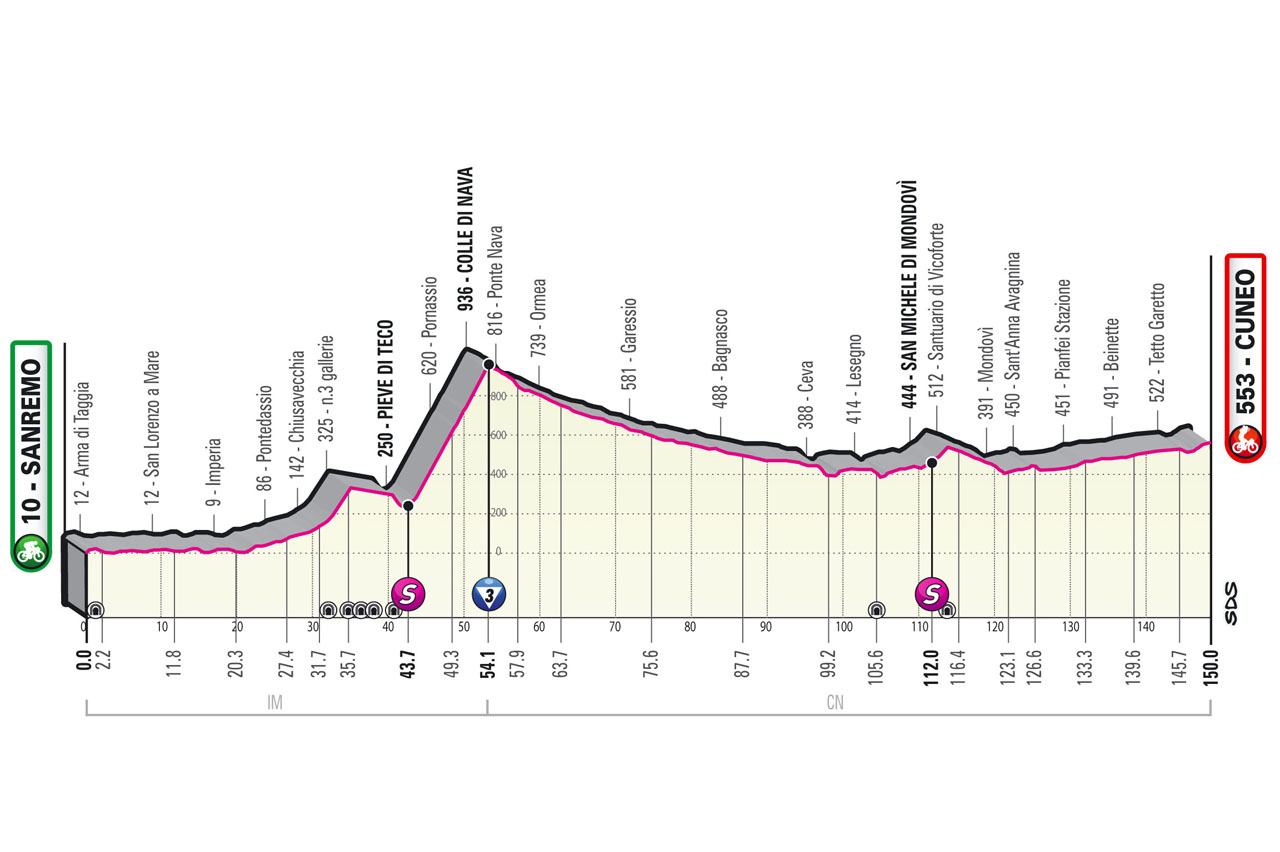 The Giro d’Italia leader jerseys are produced with SITIP fabrics and designed by CASTELLI.

Dowload the official APP of the Giro d’Italia HERE