It was a kind of homecoming.

Every pro has stage types that suit them. This one could have been designed for Peter Sagan. As the experienced Dario Cataldo, born in today’s start town of Lanciano, put it, “It’s a tricky stage, as they often are when the Giro is in central Italy. The successions of small climbs can even be dangerous for the GC riders…” Such days don’t come around often – partly because, when they do, the winner is a foregone conclusion. So, lacking stages made to measure for him, Sagan has had to adapt himself to other conditions, becoming a pretty effective bunch sprinter, a winner on the cobbles (even if, in his book ‘My World,’ he admits he doesn’t so much float over the cobbles as collide with them, suffering punctures as a result), and a specialist in the points competitions.

Even so, 461 days had gone by since his last win, Stage 5 of the 2019 Tour de France. Peter had ended his previous losing streak, 267 days between the Slovakian national championships on 29 June 2014 and stage 6 of the Tirreno Adriatico on 16 March 2015, in similar fashion, at the end of a rainy stage to Italy’s Adriatic coast. That day, it was at tomorrow’s start town, Porto Sant’Elpidio. Today, it was 60 km to the south, in Tortoreto. 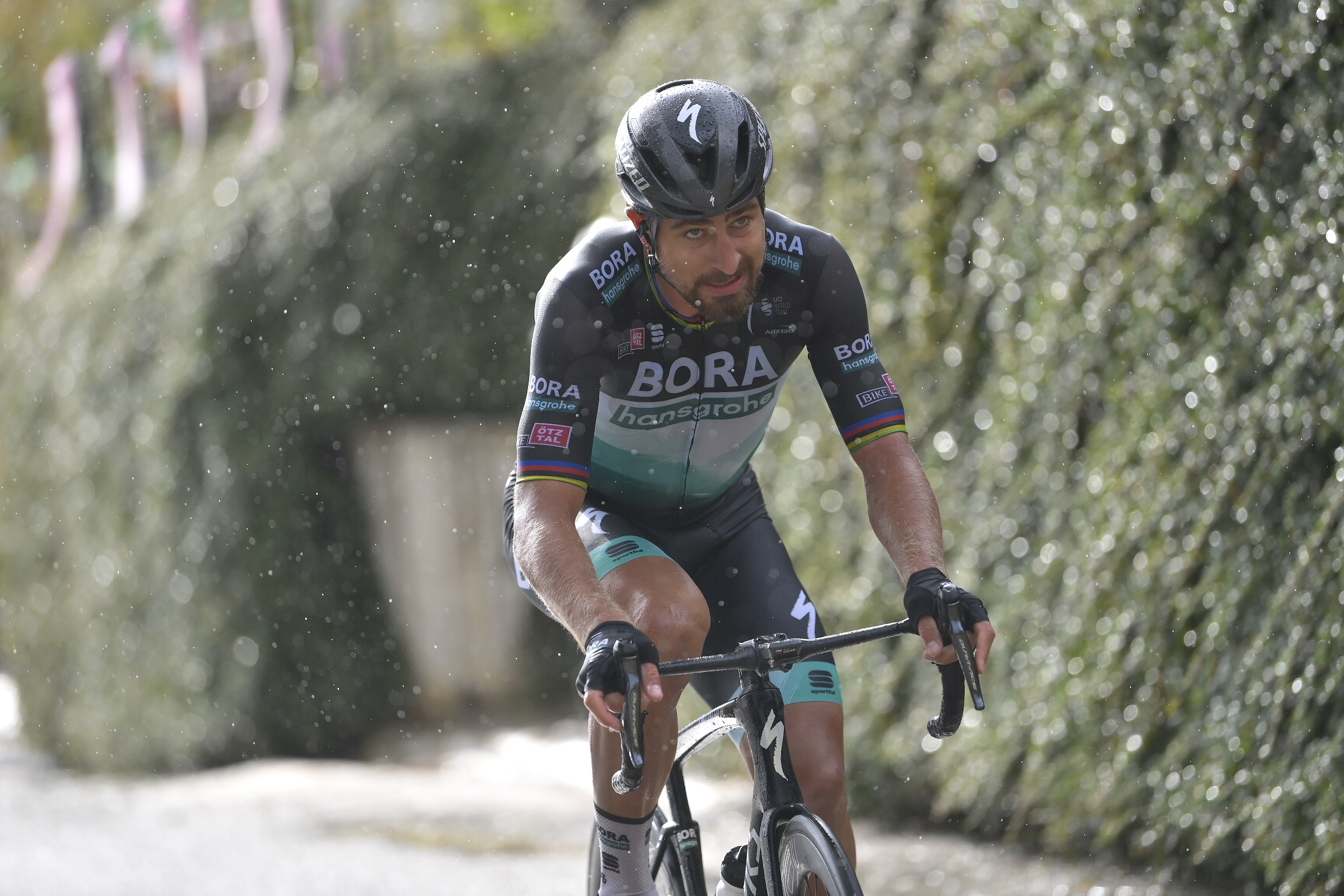 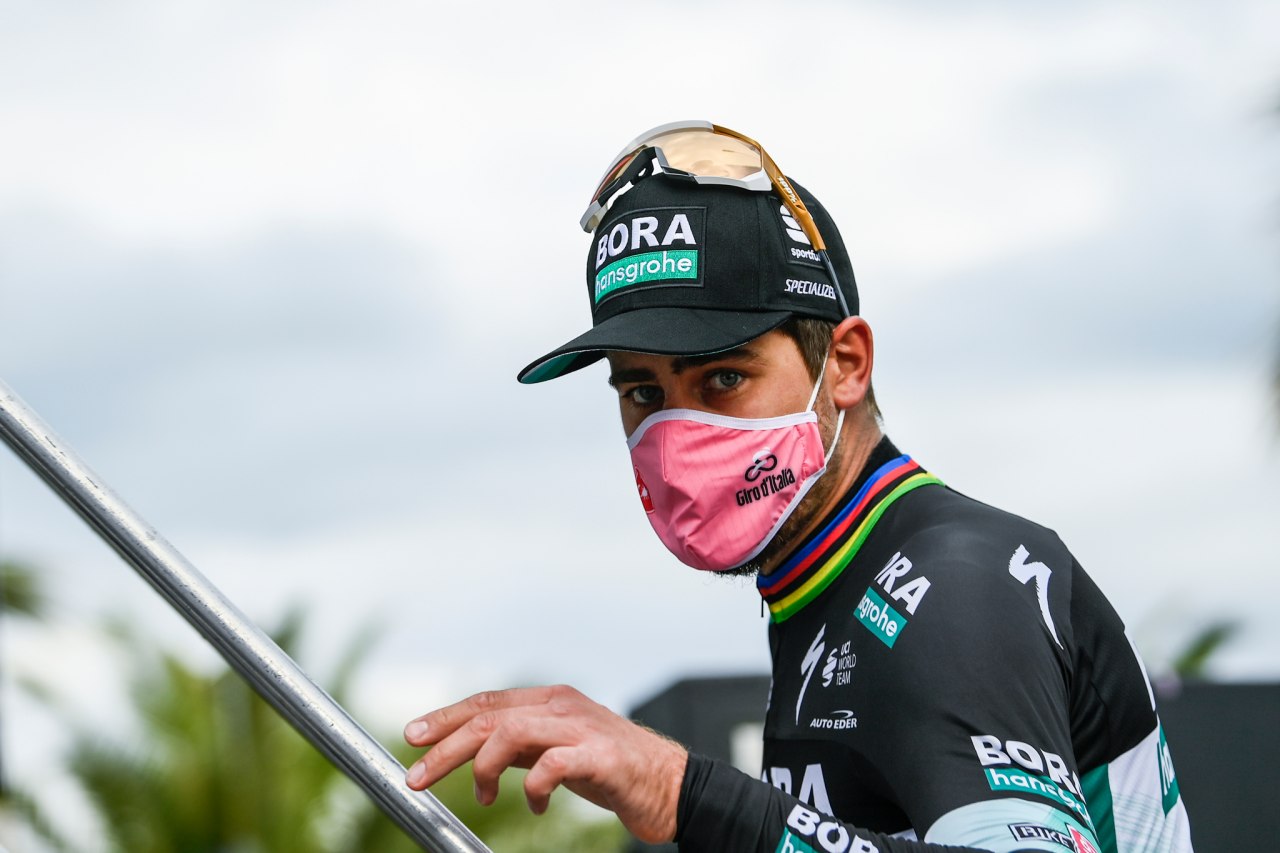 He interpreted the stage like the orchestral conductor he pretended to be in one of his Giro promo videos. After 44 fast km, he infiltrated a group of about 20, attacked with Filippo Ganna, then allowed a group of ten riders to form around him. He took maximum points at the intermediate sprint, then, with 23.1 km to go and the peloton just 37″ behind them, he seemed to exchange words with the other members of the breakaway, apparently discussing whether or not to persist with their attack. Sagan made his opinion clear when he rode away with Ben Swift on tow, dropped him on the final climb, and held off the chase to win alone by 19 seconds. More than impressive, it was astounding, not just physically but mentally. 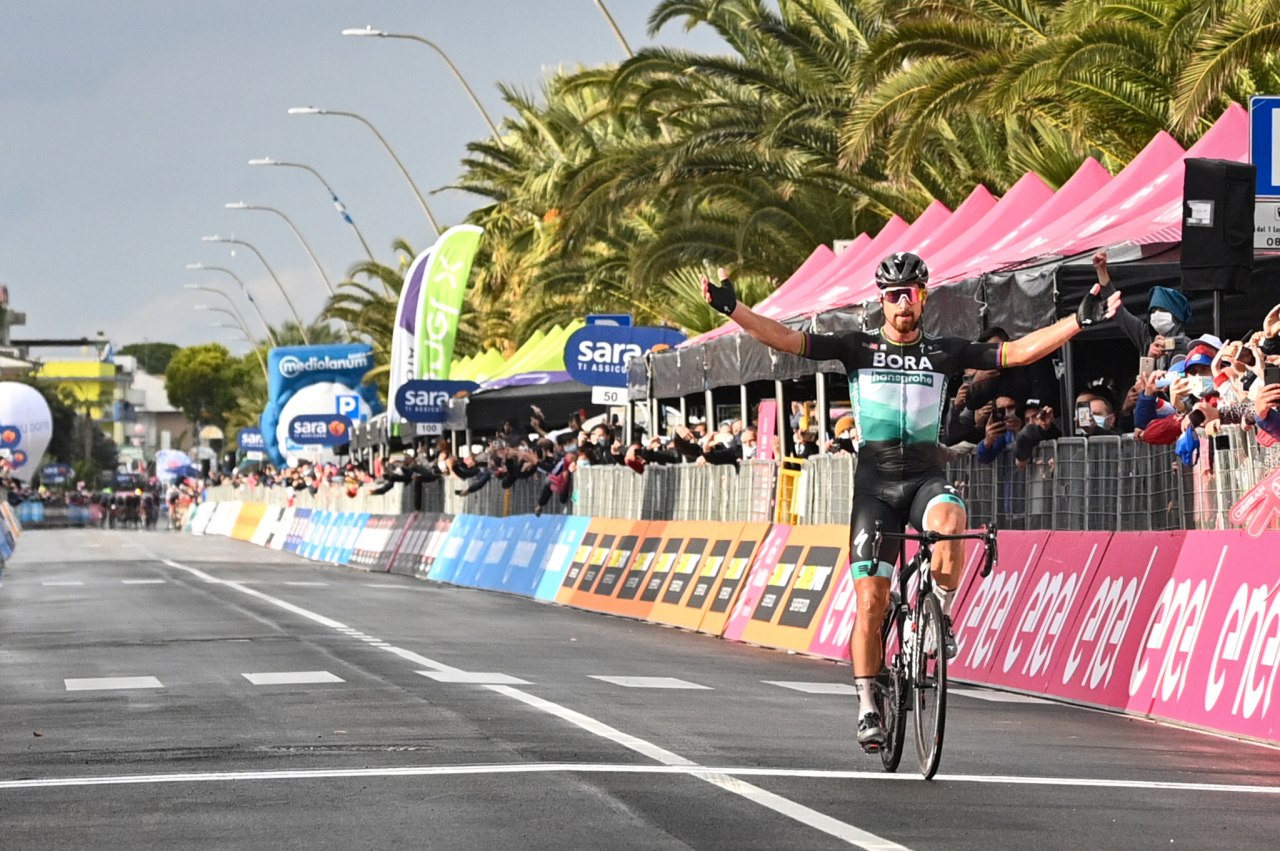 There was a time when the type of car you drove told the world what sort of person you were. These days, you do the same by not having a car at all. Peter Sagan demonstrates his astonishing ability by these long victory draughts – and then, by taking his opportunities when they come, and laughing at fate when they don’t. 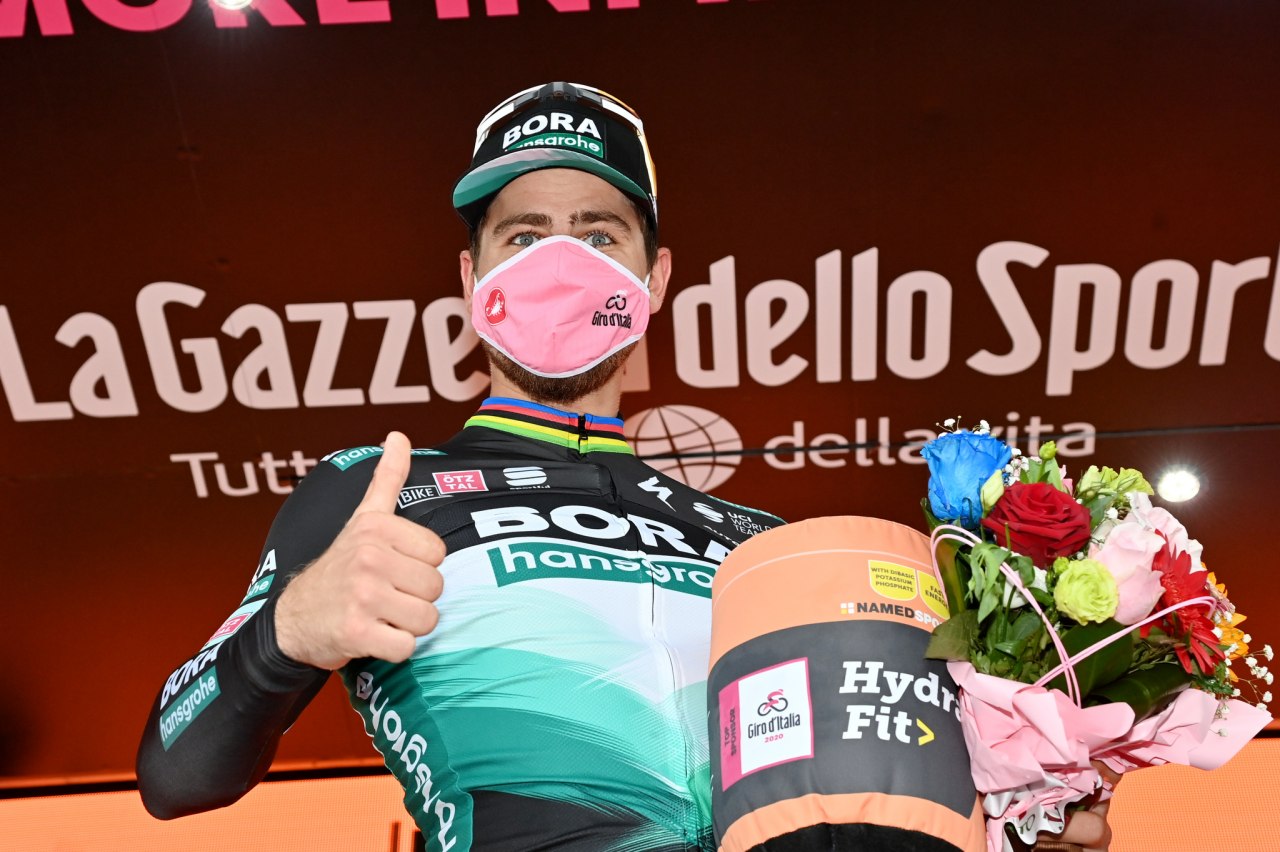