It is hard to smile after this stage. Arnaud Démare performed a splendid sprint – his third in this Giro – at the finish in Cuneo, but all thoughts can only be on Romain Bardet and his sudden withdrawal from the race. The Frenchman began to feel ill during yesterday’s stage, overnight the situation worsened but today he still tried to ride. After a few tens of kilometres, however, he stopped at the side of the road, pale, drained from his stomach problems, and boarded the flagship car. Au revoir Giro d’Italia!

A farewell that hurt for countless reasons: Bardet seemed to have regained his best form, the one that had allowed him to finish twice on the Tour de France podium. Romain had experienced a couple of rather dark seasons, which almost made him lose the will to ride, crushed by the pressure of having to race the Tour in the colours of a transalpine team like AG2R. With Team DSM, however, he had rediscovered his drive and serenity, and after a year of settling in, this season he was back at truly exceptional levels.

In April he had won the Tour of the Alps in style, his first stage race in nine years, and in this first half of the Giro d’Italia he had shown that he could hold his own against the highly favoured Richard Carapaz. In short, he was a serious contender for the Maglia Rosa, but all of a sudden his whole journey of approach and, if you like, rebirth, went up in smoke due to a virus that struck him in the stomach. A pity for him, a pity for the Giro, which loses an acclaimed protagonist for the third week, and a pity for his team, since he was the leader in the race. Above all, it is a pity on a human level: just think of how he had taken it upon himself to launch Alberto Dainese’s sprint in Reggio Emilia or the esteem everyone in the peloton has for him. For instance, his talented Dutch team-mate Thymen Arensman had remarked how nice it was that “Romain would stop after dinner to talk to the younger guys in the evenings, helping to create a really pleasant team atmosphere”.

For France, the Grand Tours are by now something of a curse. They have not won one since 1995, the Vuelta of Laurent Jalabert, while the Giro has been missing since 1989 with Laurent Fignon and the Tour itself since 1985 with Bernard Hinault. And even this Giro, without Bardet, seems unattainable for the transalpine colours.

On the other hand, however, the French can smile at Démare’s hat-trick, who seems to have the Maglia Ciclamino now sewn onto him. Today’s stage was also anything but a foregone conclusion, flying away at an average speed of more than 45km/h, with breakaway riders Pascal Eeenkhoorn (Jumbo-Visma), Mirco Maestri (Eolo-Kometa), Julius Van den Berg (EF Education-EasyPost) and Nicolas Prodhomme (AG2R) making the peloton sweat. Groupama-FDJ, Quick-Step Alpha Vinyl and Israel-PremierTech had to push like madmen to catch them, an operation that only succeeded with 700 metres to go, when Démare opened up the throttle and made it clear who was the main sprinter of this Giro. 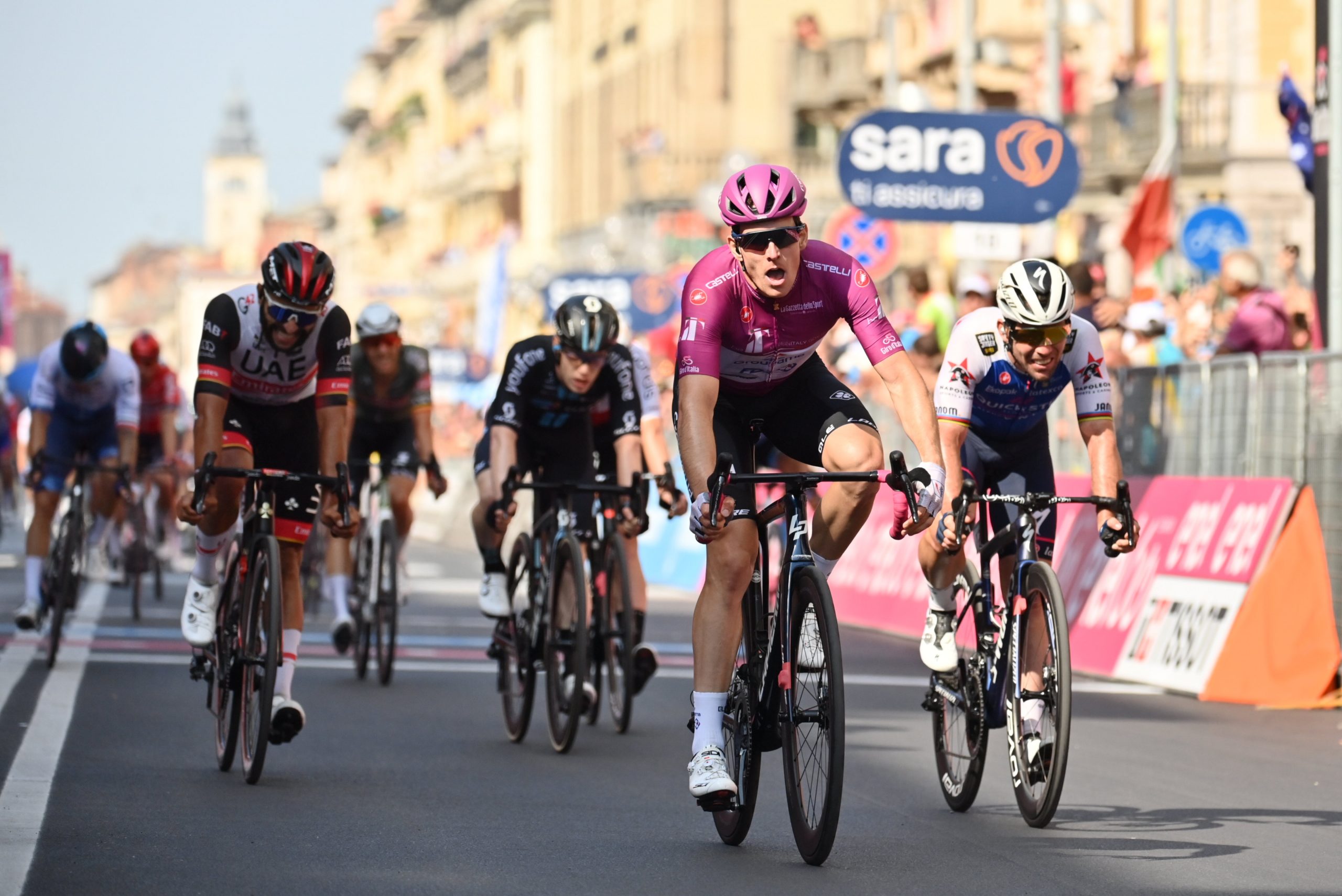 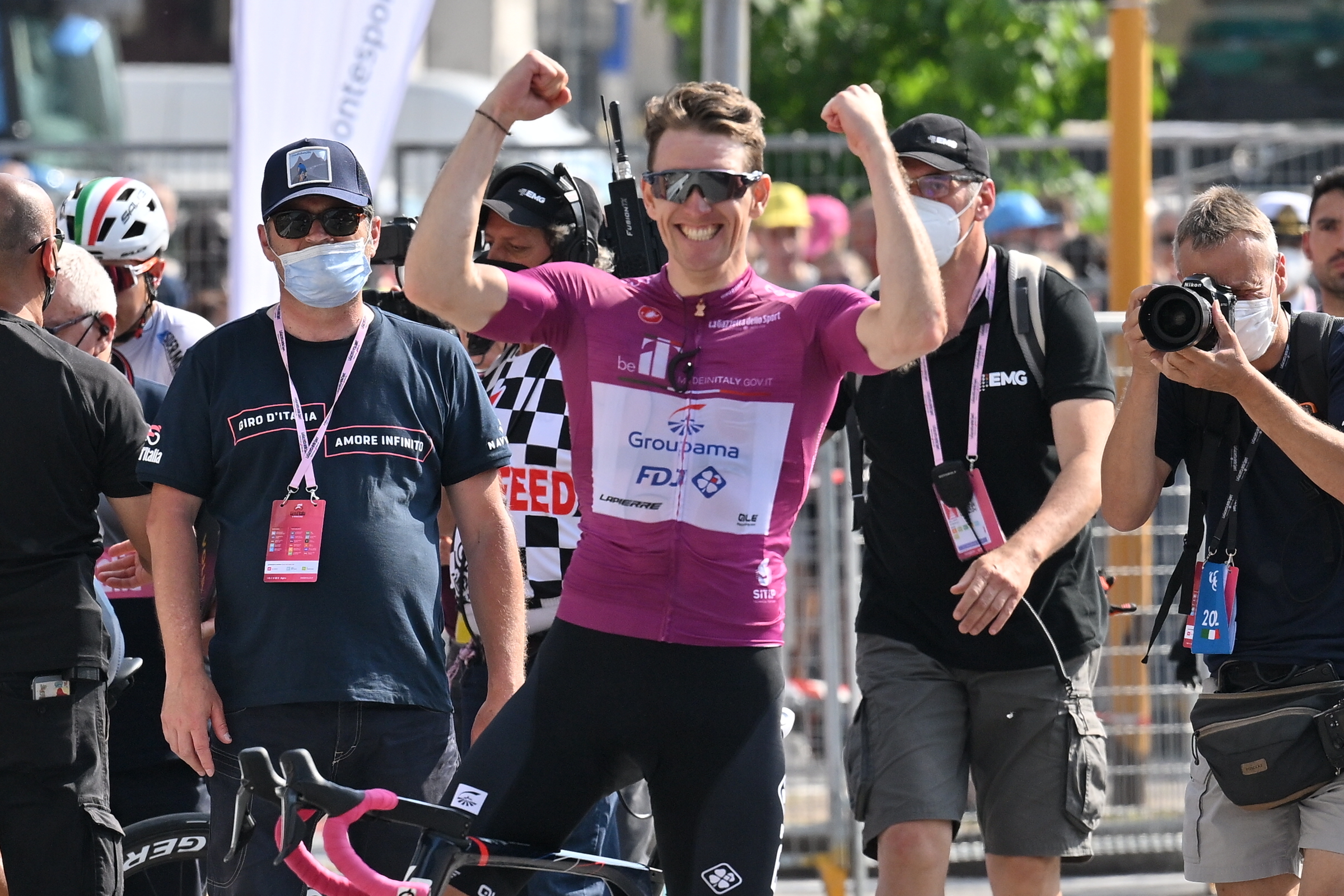 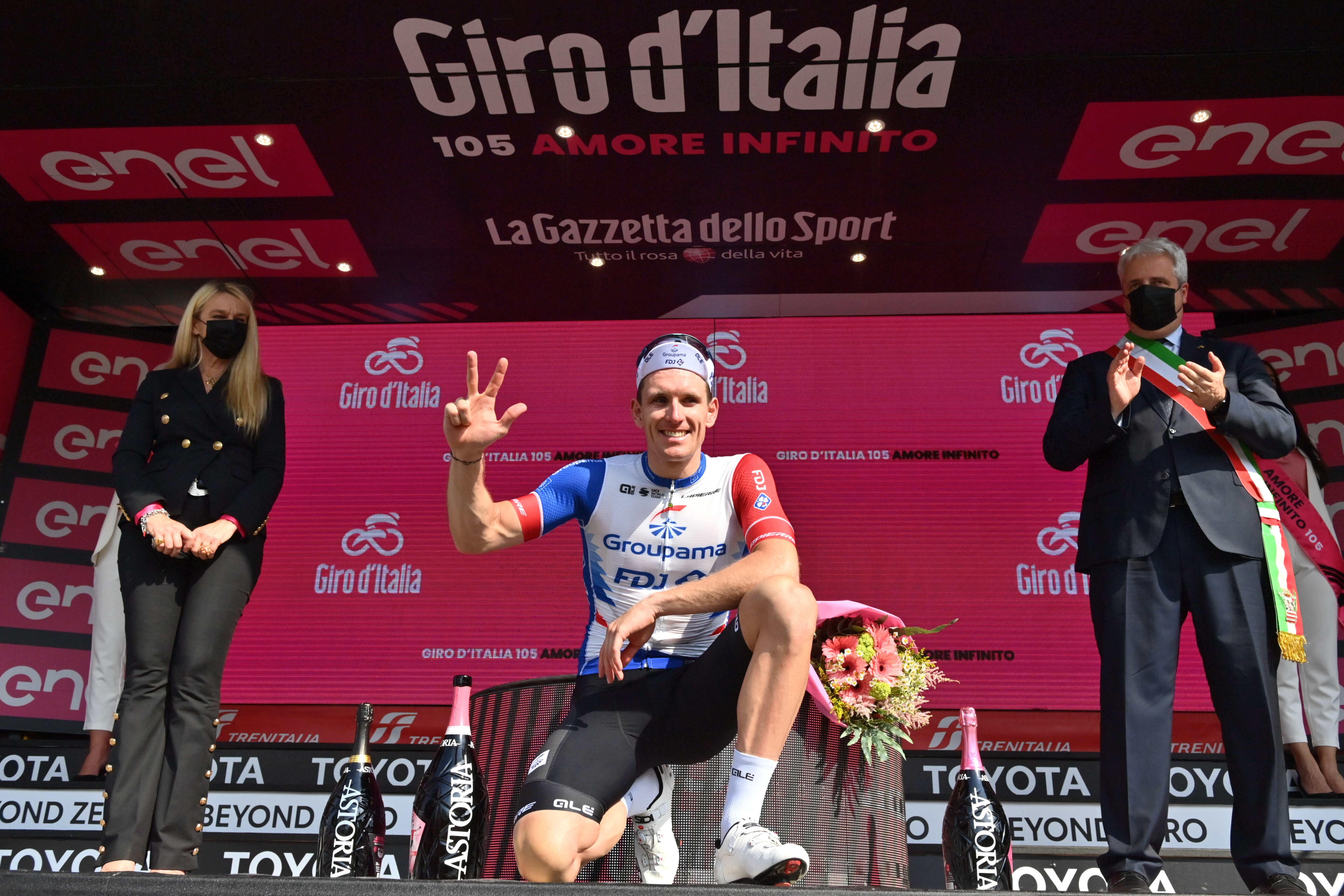