The Corsa Rosa will start from the Abruzzo region for the second time in its history, after its first in 2001. The first two stages will take place entirely within the region. The third, departing from Vasto, will head south, while the seventh will return to Abruzzo ending at 2135 meters of the Gran Sasso d’Italia (Campo Imperatore).

The Grande Partenza of the Giro d’Italia 2023, which will start on May 6, 2023 from Abruzzo, was presented today at the Renzo Piano Auditorium in L’Aquila. The opening stage will be an individual time trial of 18.4km on the Costa dei Trabocchi, starting from Fossacesia Marina to Ortona, almost entirely along the cycle path. The second stage, from Teramo to San Salvo, will suit the sprinters in the peloton. The next day the riders depart Vasto, leave the Abruzzo region and travel south, before returning to the territory on Friday 12 May. The seventh stage will end on the Gran Sasso d’Italia (Campo Imperatore). For the fourth year in a row Abruzzo will host an uphill finish. In the two previous final stages, the stage winners, Egan Bernal in 2021 at Campo Felice and Jai Hindley in 2022 at Blockhaus, both won the Giro d’Italia.

The teams presentation, taking place a few days before the start, will be held in the city center of Pescara, in Piazza Salotto. 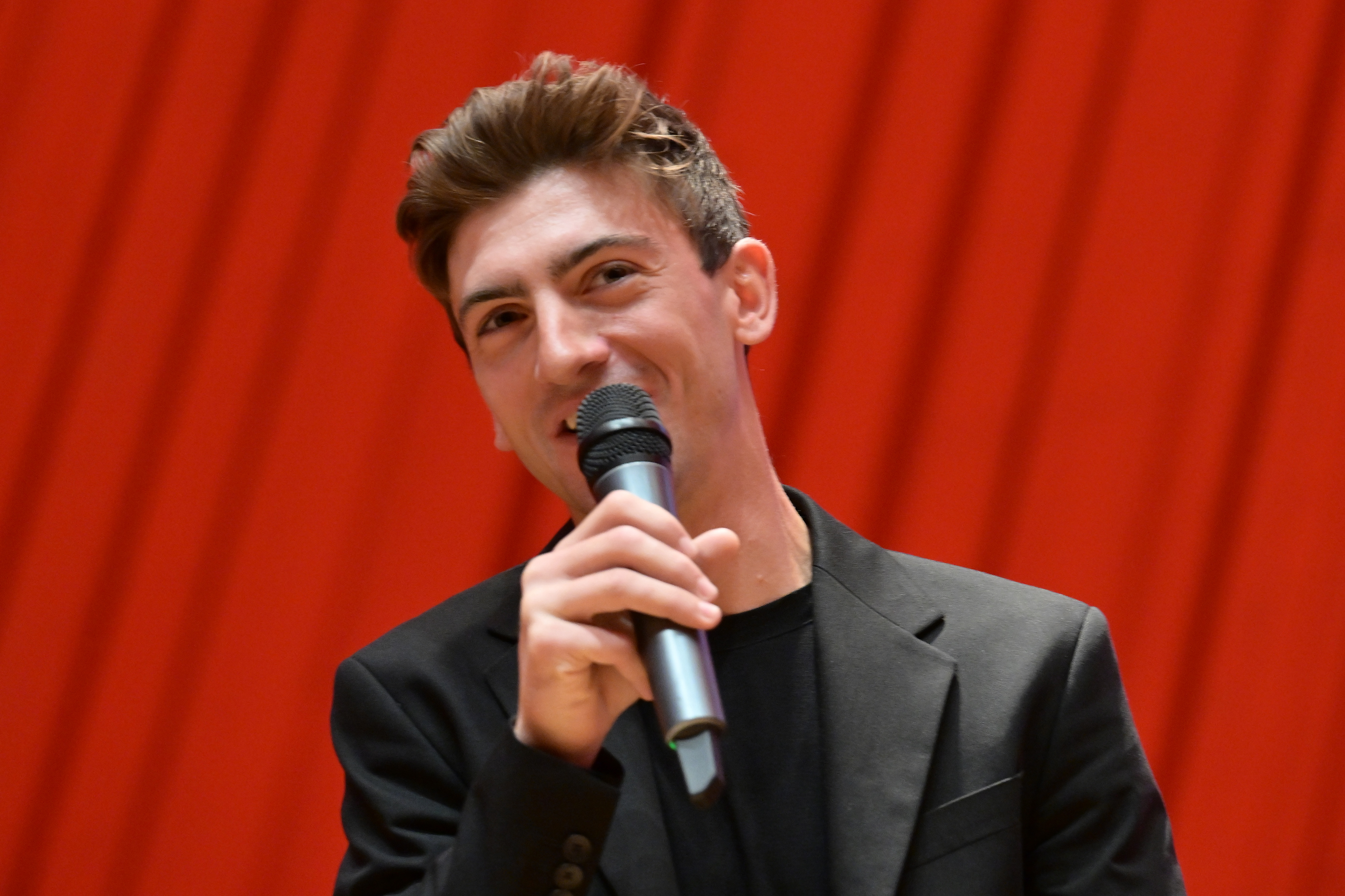 THE ROUTE OF THE ABRUZZO STAGES

Stage 1 is an individual time trial almost entirely along the Costa dei Trabocchi cycle path, with a short final climb that leads to the finish in the center of Ortona.

The first section through the Teramo area is fairly hilly. The riders will travel along the coast until the finish with some detours on small climbs, such as Silvi Paese and Chieti. A group sprint looks guaranteed.

This high mountain stage is the first finish above 2000m of the Giro 2023. The riders will have to climb Roccaraso and Calascio before tackling the final climb in Campo Imperatore from the same side as in 2018.

Check out the altimetry of each stage!

Giulio Ciccone (Trek-Segafredo), winner of three stages and of the Maglia Azzurra at the 2019 Giro d’Italia: “The Grande Partenza of the Giro d’Italia is already, in itself, an electrifying event. And if it happens in my region, a few steps from home, in the area where I grew up, the emotions and motivations are immediately very strong. To be honest, I still struggle to focus on how beautiful that moment will be. Speaking of the stages, the opening time trial on the Costa dei Trabocchi will offer a crazy scenario and a super fast test. The second stage will give a chance to those who have not accumulated too much gap in the time trial and play for the Maglia Rosa. It is a start of the Giro marked by speed, in a scenic context and on interesting routes. It doesn’t suit my climber characteristics, but I think it’s obvious and right. I will look forward to the finish of Stage 7 in Campo Imperatore, which I know well. We will have time to talk about goals and ambitions later on. Today we have to celebrate a great day for Abruzzo and a fortune for us Abruzzo riders. The Grande Partenza is a historic moment, perhaps unique in life. When it arrives, I want to enjoy every moment.”

Dario Cataldo (Trek-Segafredo), winner of a stage of the Giro d’Italia in 2019: “I am excited at the idea of the Grande Partenza of the Giro in Abruzzo and honored to be here today and represent the cycling of our region. It is a dream come true, especially with regard to the prologue on the Costa dei Trabocchi. I well remember that when the cycle path project was born and I saw the first tracks, I imagined the beauty of a Giro d’Italia passing along the route. It looked perfect. A track that was unknown to most and which, thanks to the cycle path, has acquired more and more notoriety. Now, with the Great Departure, it will be revealed to the whole world. Reality has gone beyond my imagination: not just a stage but a global event. A Giro that will honor Abruzzo and its beauties. And then, from a sporting point of view, it will still be fun.”

Marco Marsilio, President of the Regione Abruzzo: “For Abruzzo it is an honor to host the Grande Partenza of the Giro d’Italia for the second time in history. Over the last few years, Abruzzo has become an important territory for the Corsa Rosa as it combines a mix of routes that have met the expectations of both sprinters and lovers of uphill finishes. The Abruzzo stages of the Giro 2023 once again reflect the peculiarities of the territory, capable of offering, in a few kilometers, the pleasantness of the coast and the majesty of the mountains. A unique opportunity to combine sport and tourism promotion, an important world showcase that will attract visitors and will certainly intrigue those who follow the Giro in the television images and journalistic reports.”

Paolo Bellino, CEO and General Manager of RCS Sport: “The Giro d’Italia, in addition to being a great sporting competition, is also a very important media platform. Our race is seen in over 200 countries around the world and our community on Social Network involves over 4 million people. Through the images, which last year were produced by us for a total of over 100 hours of live broadcast, we export Made in Italy and its excellence in the five continents. Italy is also a great promotion of the territory and we are sure that for a beautiful region like Abruzzo, with its varied landscapes, this Grande Partenza will be a splendid spot.”

Mauro Vegni, Director of the Giro d’Italia: “The Giro d’Italia has a special relationship with the Regione Abruzzo, which has always been a land of cycling. The great riders that this territory has produced over the years since the time of Vito Taccone to get to the present day in which riders such as Giulio Ciccone and Dario Cataldo are protagonists testify this. The link between RCS Sport and Abruzzo is strong and this is demonstrated by the stages that are now proposed annually both at the Giro d’Italia and the Tirreno-Adriatico. For this edition of the Corsa Rosa we will not miss anything as the three Abruzzo stages will be very scenic and suitable for all the riders. The initial time trial will cross the Costa dei Trabocchi, the second stage will be suitable for sprinters and the seventh, the most interesting one of this Grande Partenza, it will end on the Gran Sasso.” 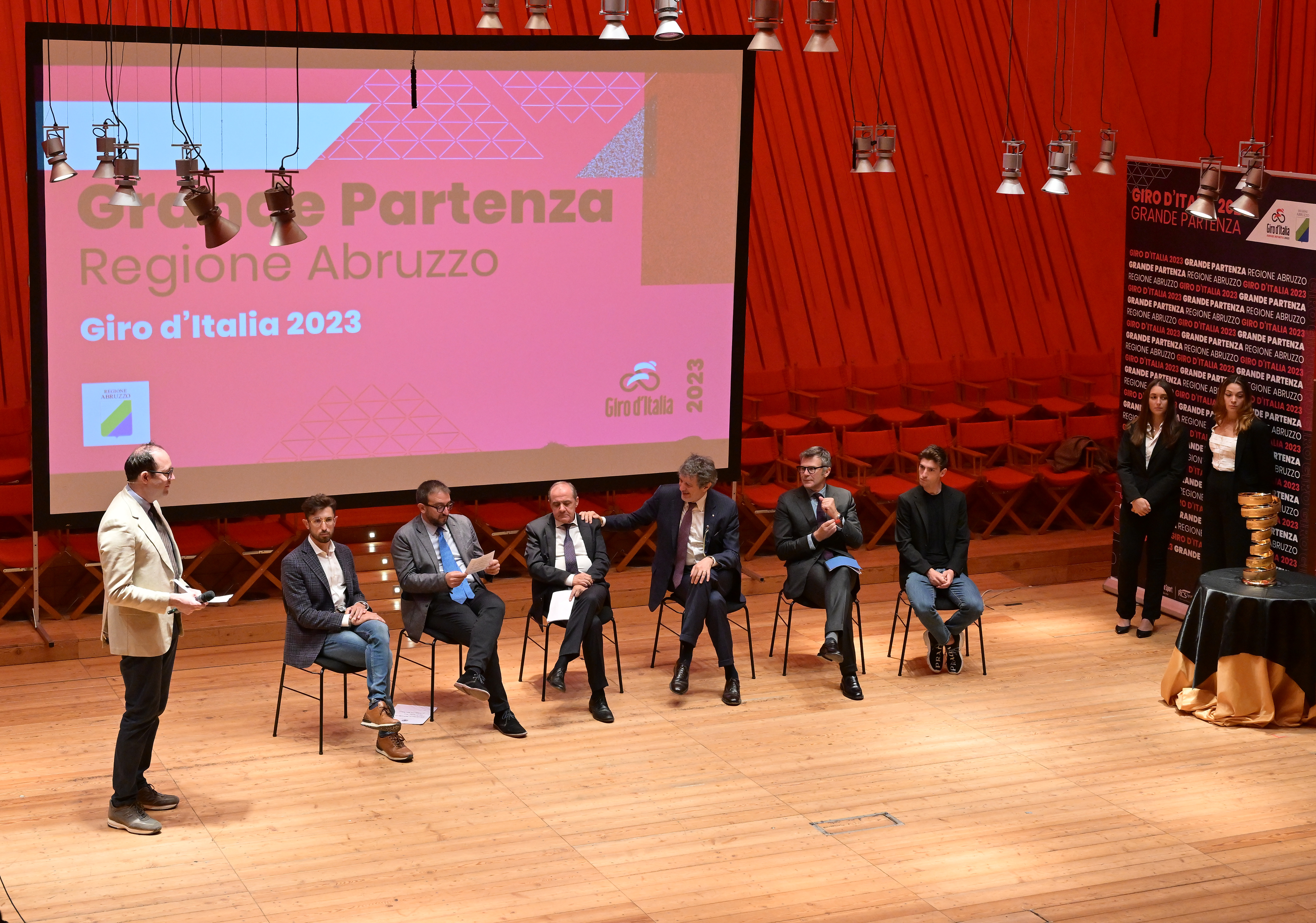