Everyone was waiting for him. They had already sewn the Maglia Rosa on him as soon as he announced his presence at the Giro d’Italia. This stage suited him perfectly. He couldn’t miss it. And Mathieu Van der Poel, like the champion he is, carried all the expectations on his shoulders, put the team on the pace throughout the stage, was patient on the final climb to Visegrad and in the last 200 metres he unleashed all the power of his wonderful engine. And although he was the big favourite, winning was far from easy: 150 riders were out there coveting that jersey which takes you straight into legend…

The Dutchman, son and grandson of art, had already embarked on the road to legend some time ago, but today he wanted to set another milestone, wearing a symbol that father Adrie and grandfather Raymond Poulidor had never had the honour of wearing. Once again, it is worth remembering the palmares of this 27-year-old phenomenon: he has won the Tour of Flanders twice, the Amstel Gold Race once, the Strade Bianche once, four times world champion in cyclocross and European champion in cross country MTB. A versatile superstar, a league of its own, who still has many goals to achieve, as he himself admits. 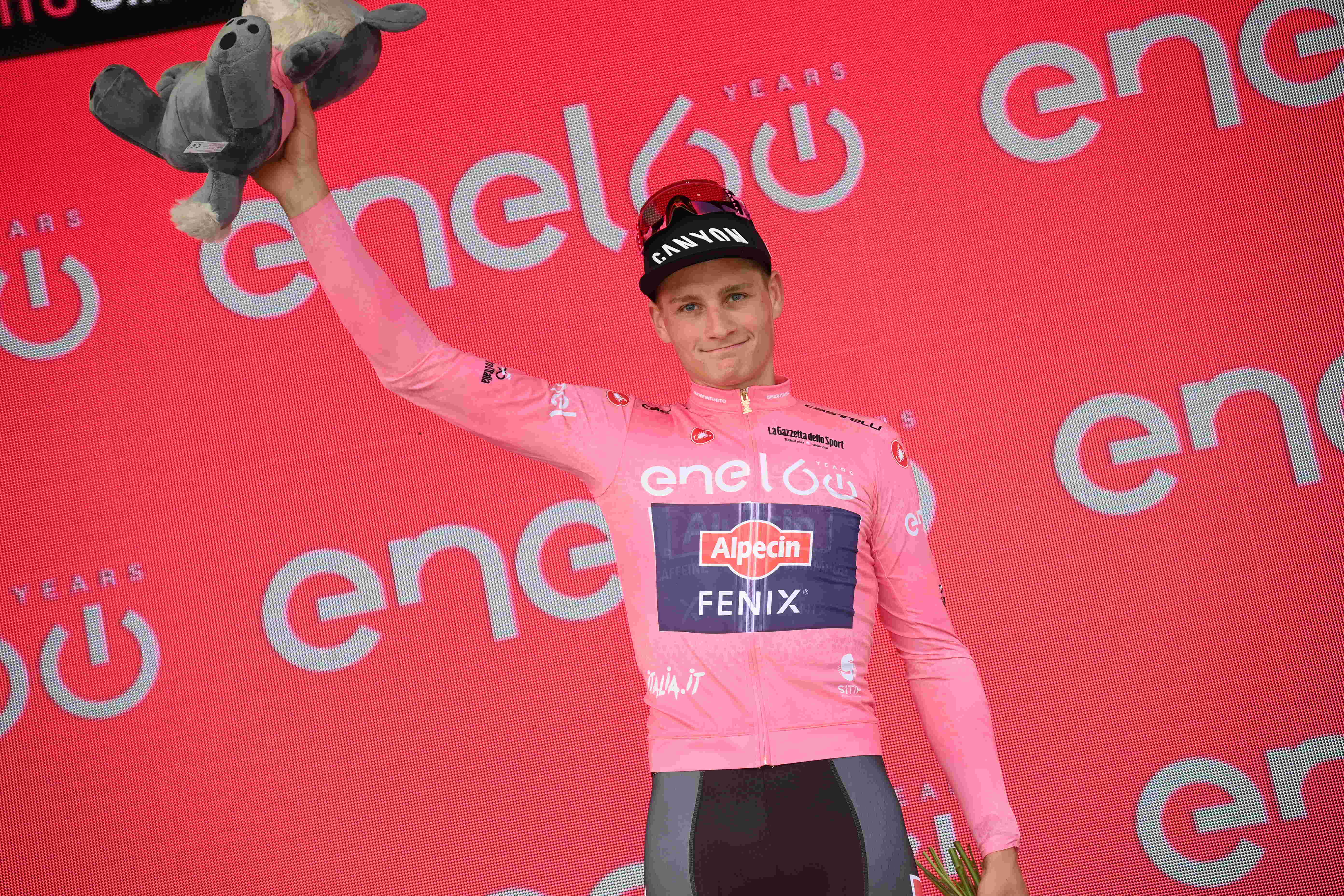 In the meantime, he has had the pleasure of wearing the Yellow and Pink Jerseys, the most iconic jerseys in this sport. That’s right, because last year he made his mark on the Mûr-de-Bretagne on stage two of the Tour de France, jumping to the top of the general classification and carrying the yellow jersey for a few days. At Visegrad, on a rather similar finish, he did the same thing and now hopes to enjoy the Maglia Rosa for a few days, although tomorrow’s time trial is going to be an important test for him. Mathieu himself admitted that “to wear the Pink Jersey after having worn the Yellow Jersey is something historic, of which I am very proud”.

The setting was more than worthy of Mathieu. Budapest, the Hungarian suburbs and Visegrad were coloured pink, they welcomed the Giro in a magnificent way, showing once again how the love for this race has no boundaries. Hungary is trying to build a tradition in this sport, to bring the youth closer to cycling, and the Giro will certainly provide great help in this sense. 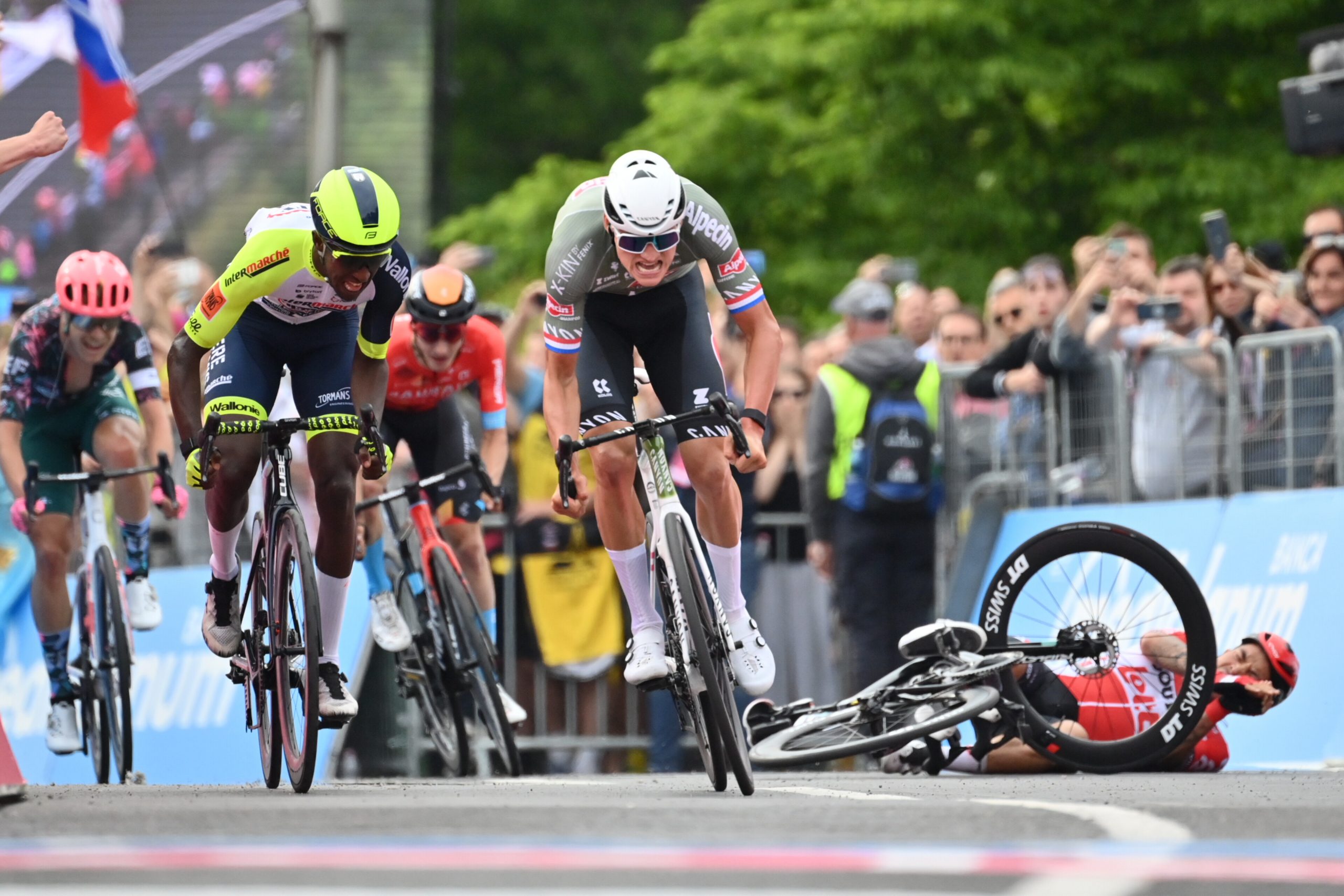 As we wait for all this to happen, let’s get ready for tomorrow’s great spectacle in the Budapest time trial which will take the riders from the ‘new’ city of Pest to the ‘old’ city of Buda. The spotlight will be on the boy in pink again. Should he lose the jersey, Mathieu will have time to regain it. On the other hand, he has assured that he wants to go as far as Verona. The Italians (and Hungarians), for their part, already love him. They have had the opportunity to see him up close at Strade Bianche and Tirreno-Adriatico in recent years and they hope that he will be able to put on a Van der Poel-style show in this Giro too. The start has been encouraging.

Van der Poel at the Giro is pure magic, all we have to do is enjoy it.