This was expected to be a day of transition, even a little sleepy if you like, but instead we ended up with a whirlwind of emotions. First of all, because of the stage itself, which turned out to be spectacular thanks, for a change, to Mathieu Van der Poel, who set the race on fire with his team and made it an exciting one all the way to the end. And then for the announcement of Vincenzo Nibali, who made it official that this will be his last Giro d’Italia and that at the end of the season he will hang up his bike.

As we were saying, the stage that emerged between Catania and Messina was of fine workmanship, because the climb of Portella Mandrazzi placed halfway along the route made it surprisingly exciting. The director of the show was Mathieu Van der Poel who decided, with his team, not to make the finish line in Messina an easy prey for the sprinters. So, from the very first kilometres of the long but rideable climb, he ordered his teammates to keep up the pace and see what happened.

Within a few minutes the fish started to fall into the net; the first athlete to give in was Caleb Ewan, still battered after his fall on the first stage in Visegrad, followed by Mark Cavendish, the two star sprinters of this Giro d’Italia. If the rider from the Isle of Man was immediately escorted and protected by five teammates, the Australian was left alone for more than a few kilometres. However, when Lotto Soudal realised that their sprinter was in danger of finishing out of time, they ordered 4-5 riders to stop and escort him to Messina. 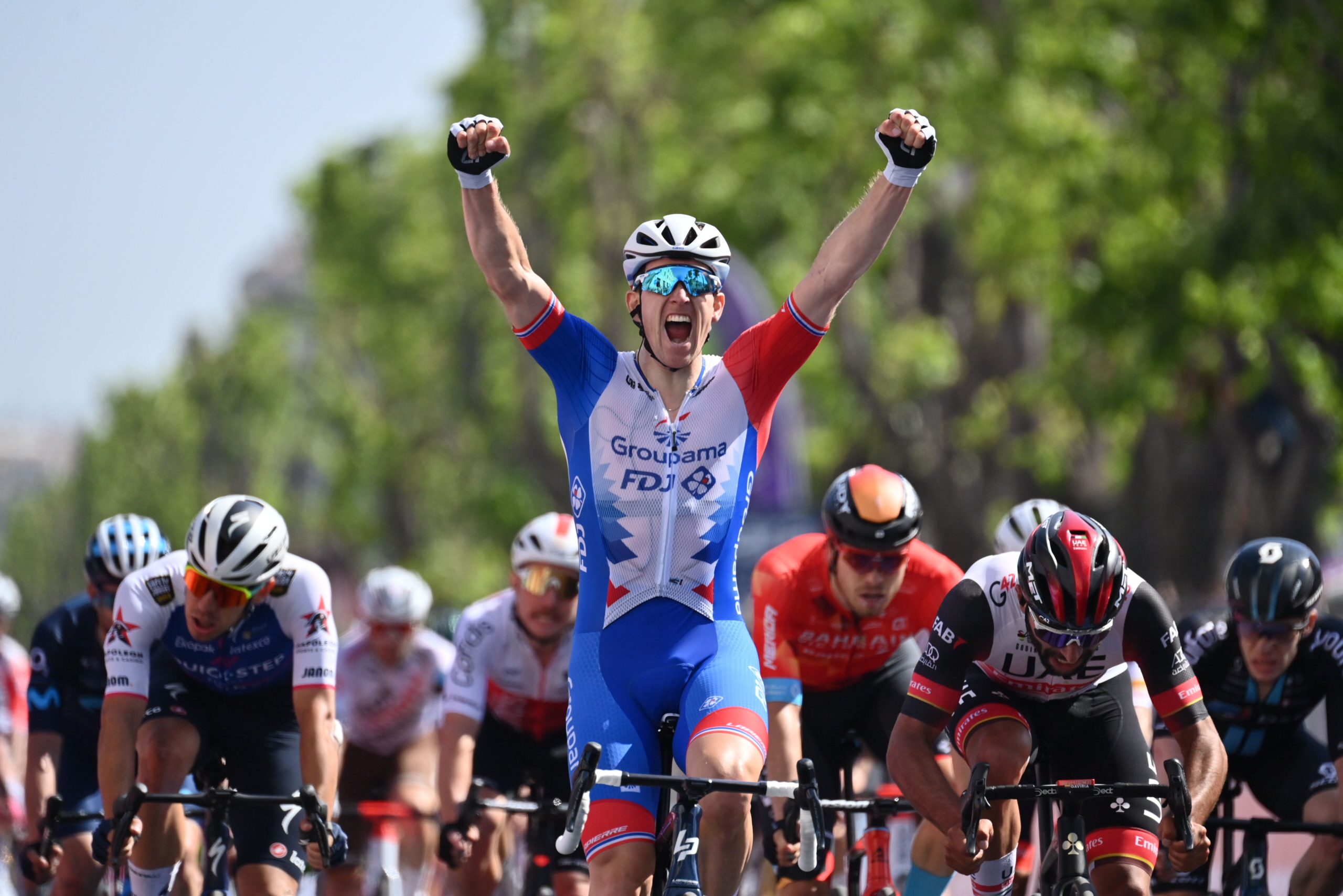 With Cavendish and Ewan out of the equation, Alpecin-Fenix’s pace almost claimed a third illustrious victim, Arnaud Démare. Compared to the two aforementioned riders, the Frenchman was able to grit his teeth for longer and, despite dropping off on the climb, caught up with the peloton after a chase of more than 20km. With the danger averted, the Frenchman gained confidence, was guided to perfection in the twisty finale and delivered one of his familiar Giro accelerations.

For Démare, in fact, this is his sixth victory on the roads of the Giro d’Italia after his four wins in 2020 and that of 2019, but only his first of the season. A success in its own way historic, as he joins Jacques Anquetil and Bernard Hinault in the highest number of French stage wins at the Giro. Not a bad company indeed. And tomorrow he can aim for the overall record.