Stage 4 was a day of long range attacks, and of a victory decided by millimetres.

At flagdrop, a veteran of 816 breakaway kilometres in 2019, Marco Frapporti (THR), set off on his marauding way with Kamil Gradek (CCC) and Simon Pellaud (ANS). After 48 km they led by 4’08”, as Arnaud Démare’s Groupama-FDJ team monitored the gap from the front of the peloton.

The climb of the day, which culminated after 75.4 km at Portella Mandrazzi, first featured in the Giro 90 years ago. A glance at the stage profile showed a race route relentlessly uphill from around km 35, making for 40 km of climbing! A second look revealed about 1000m altitude gain, equating to an average gradient of about 2.5 per cent. Not quite so forbidding. Even so, Pellaud took the opportunity to drop Frapporti and Gradek and set off on an adventure – but he has been doing that all his adult life. 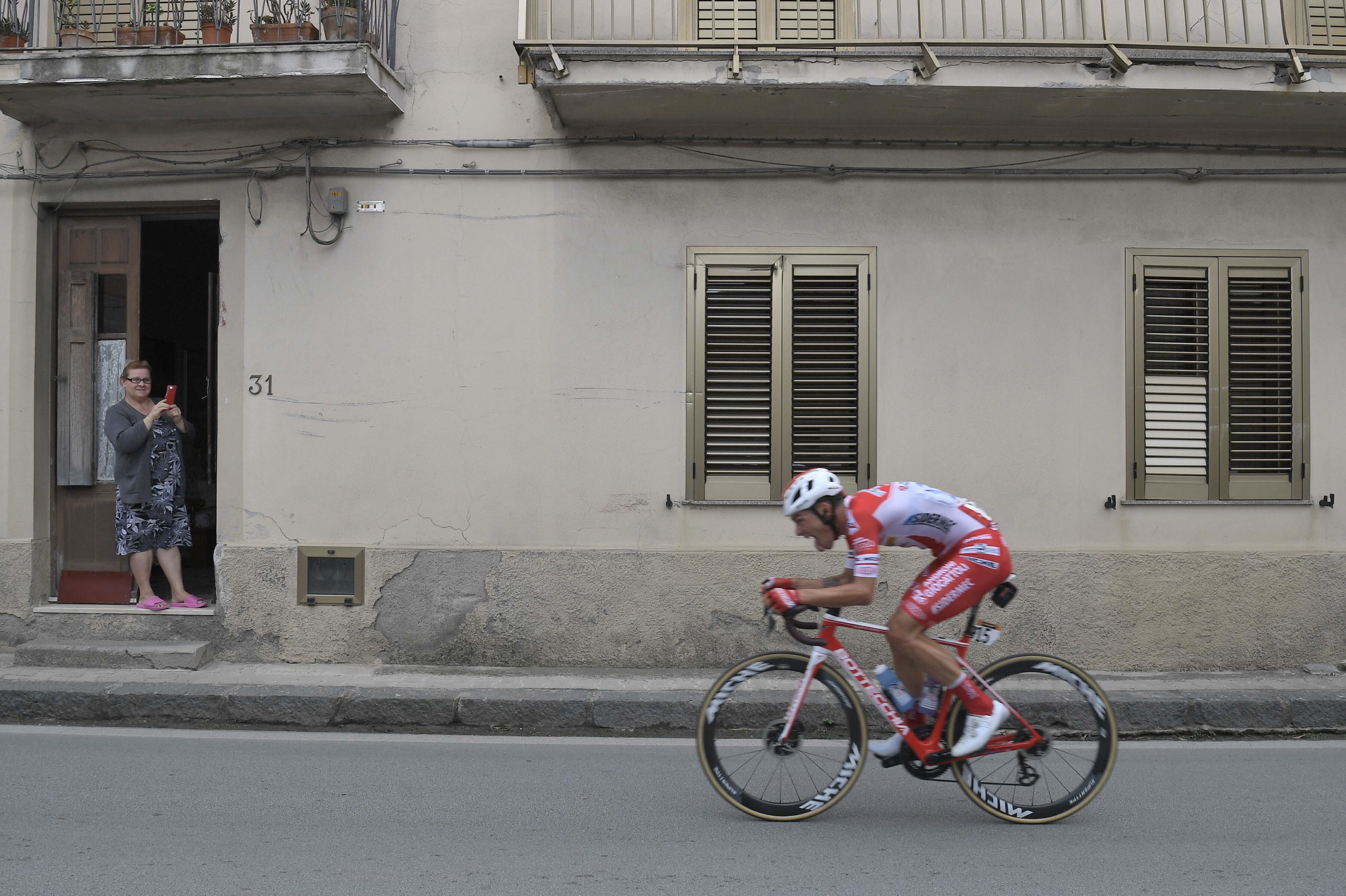 A native of Martigny, where the World Championships were originally planned to take place, Simon Pellaud has lived in Colombia since 2017. At IAM Cycling in 2015 and 2016, he grew close to Jarlinson Pantano. After his transfer to Team Illuminate at the end of 21016, his new team-mate, the sprinter Edwin Avila, invited him to train in Medellín. Simon liked it so much, he stayed. 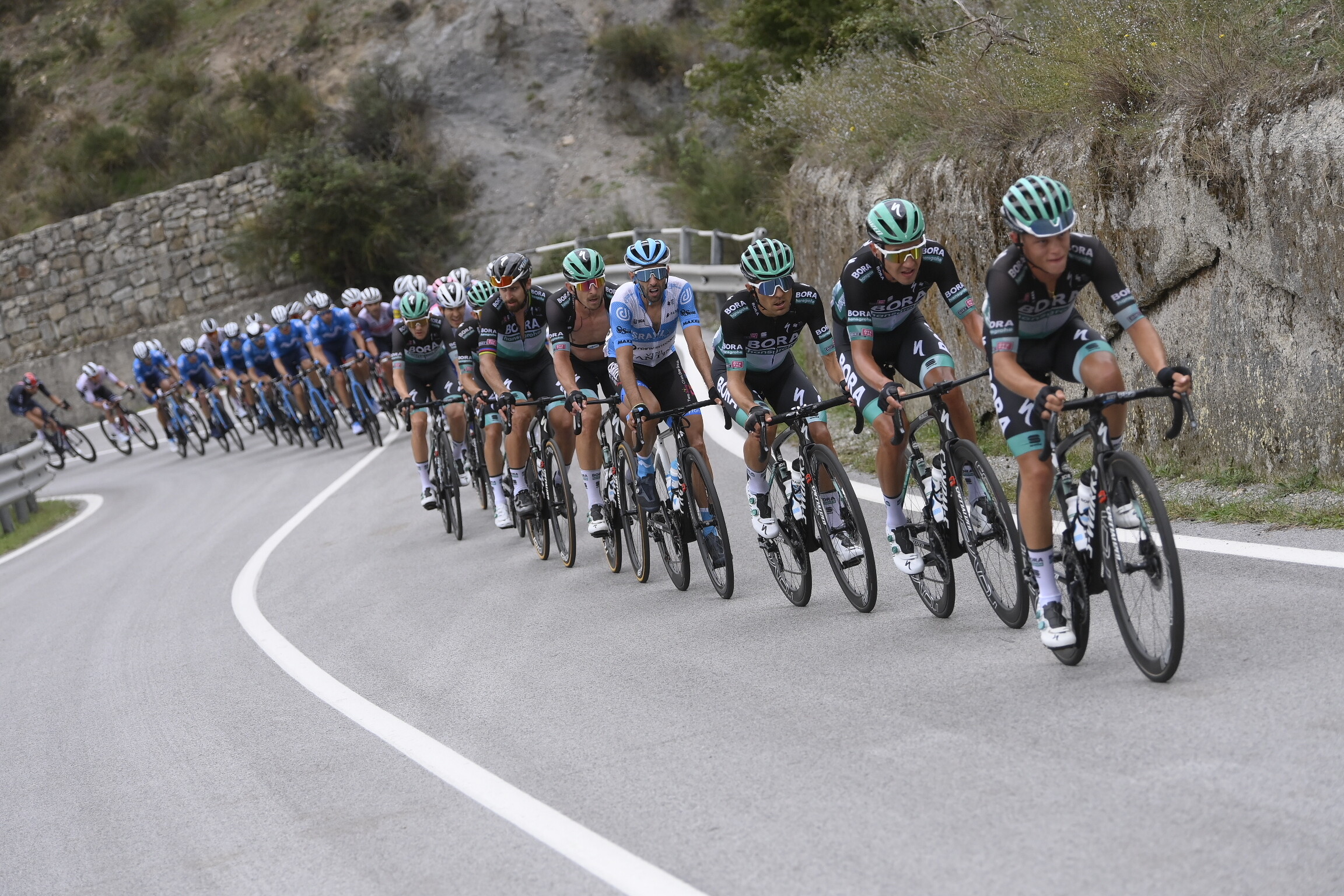 Démare and Viviani would eventually make it back to the group. Hodeg had no team-mates around him: they were all looking after the Maglia Rosa Almeida. It was just as well: at the intermediate sprint at Barcellona Pozzo di Grotto (km 114, i.e., with 26 km to go), Caicedo sprinted for second place behind Pellaud. The 2 bonus seconds would have given him the Maglia Rosa. But Almeida, led out by Ballerini, caught and passed him, taking the overall lead by two clear seconds.

So Hodeg looked to Gaviria, who had four team-mates with him. They led the two Colombian sprinters to within 10 seconds of the main peloton, before collapsing exhausted.  With 7 km to go, the chase petered out.

By then, Pellaud had been caught, and a bunch sprint was inevitable, or nearly: Démare’s team-mate, the pursuit specialist Miles Scotson, tried a long sprint, but was brought back. On the line, Démare, Sagan and Ballerini threw their bikes in perfect synchrony. Démare and Sagan were only a few ten-thousandths of a second apart: a couple of pushes of a bicycle pump… 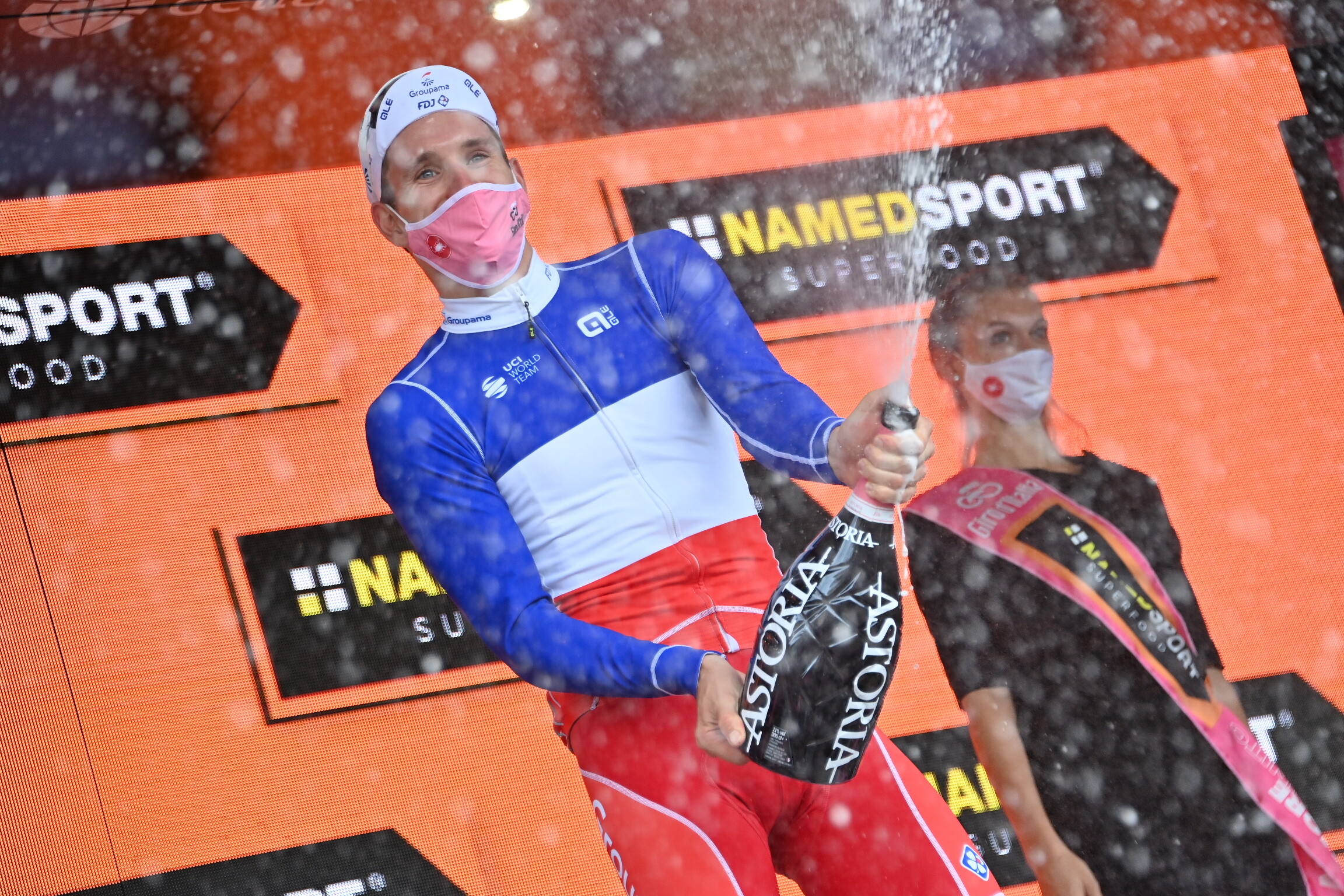