The astonishing downturn in the average age of cycling’s top riders continued in today’s stage, as the 24-year-old Filippo Ganna finished ahead of two even younger riders: the 22-year-old João Almeida (DQT), third in the Vuelta a Burgos in August, and the 21-year-old Mikkel Bjerg (UAE), three times the world under-23 time trial champion. 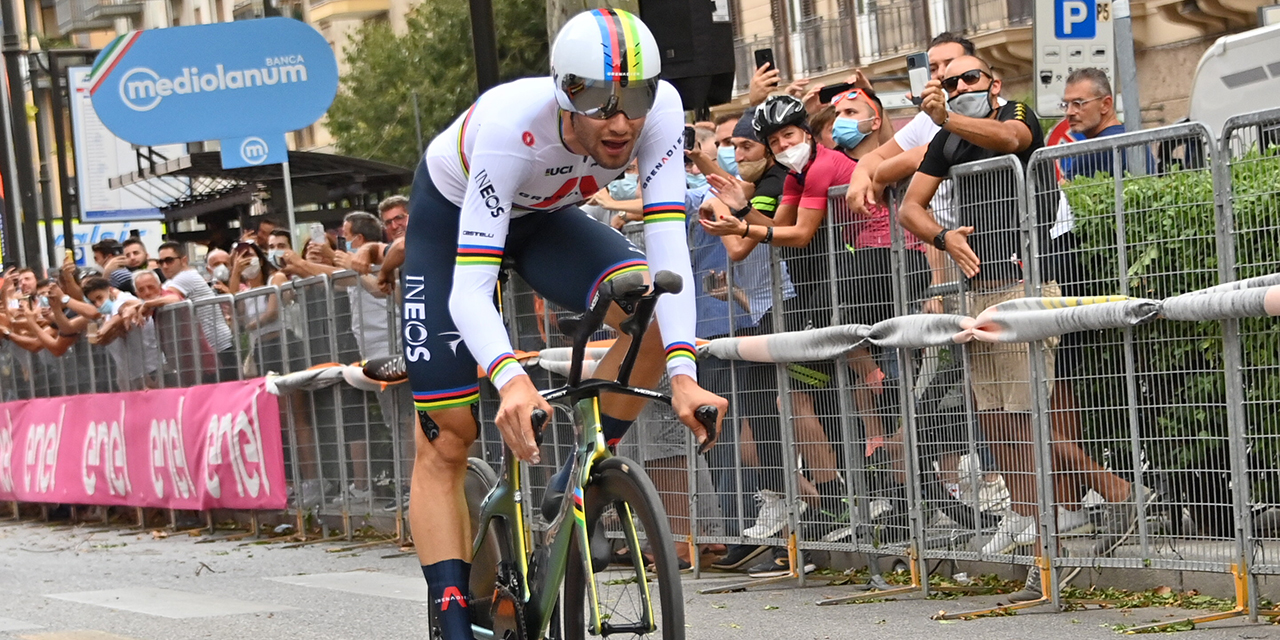 Resplendent in the rainbow jersey he won at Imola on 25 September, Ganna was only 11th through the first split at km 1.1, at a Category 4 climb where, bizarrely, the sprinters Rick Zabel, Peter Sagan, Davide Ballerini and Simon Guglielmi, set the best times. Then, on the 8.3 km descent, it was all about power, and Ganna pushed an enormous, 60×11 gear, through the second timing point at km 9.4 with a handsome margin of 11 seconds, and finished with a comfortable winning margin of 22 seconds.

But it was anything but a straightforward day of racing. Gusts of scirocco and rough Sicilian roads made it an unpredictable stage. Rohan Dennis spent much of his ride clinging to the drops as he endeavoured to stay in a straight line. Victor Campanaerts bounced off his bike on a corner. Miguel Angel López hit a bump while changing the position of his hands. He lost control and careered off sideways into the barriers. Two weeks after finishing 6th in the Tour, he probably wasn’t going to finish the Giro anyway, but leaving it in an ambulance cannot have been among his plans. He was the only abandon of the day. 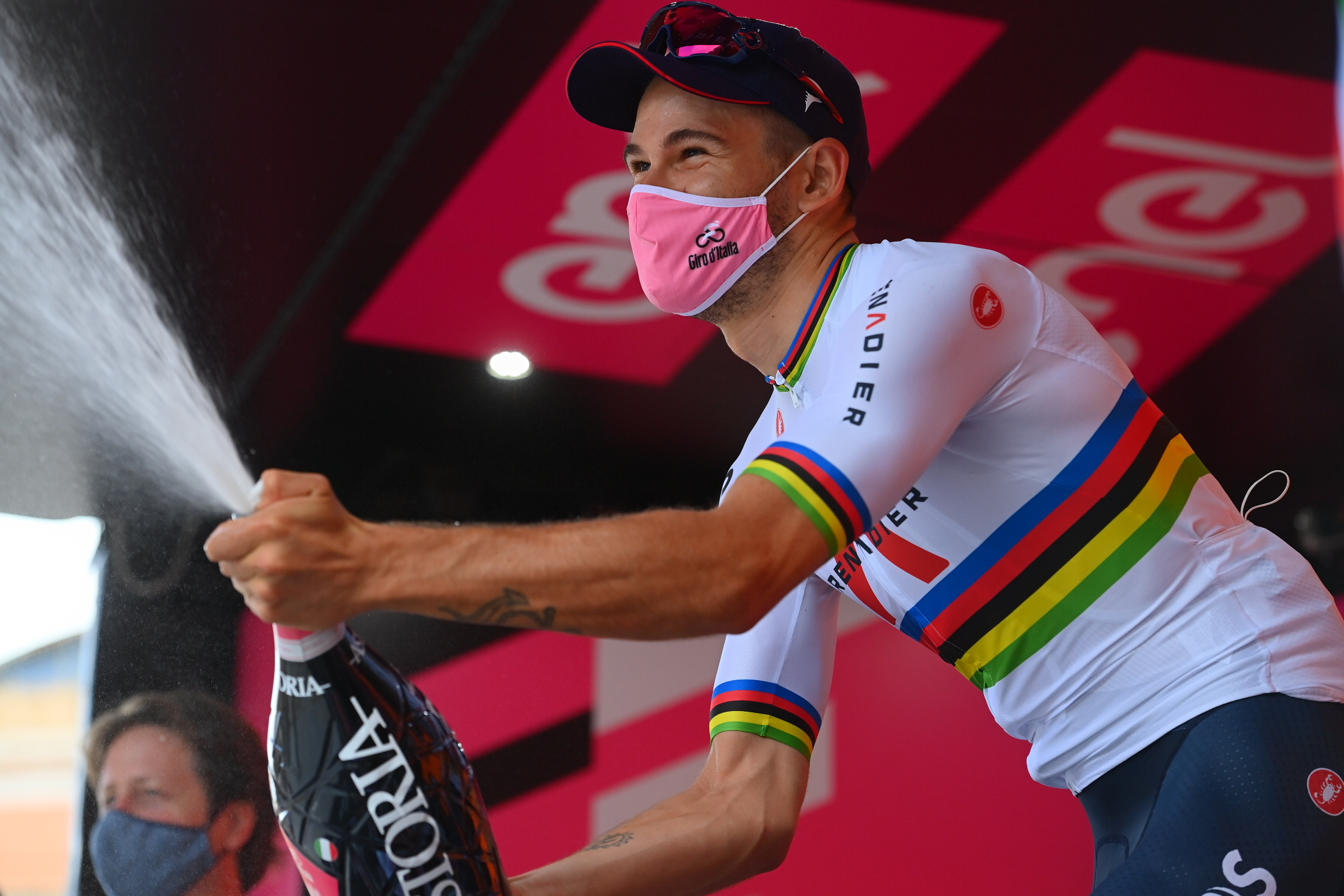 Fourth today was the first of the GC hopefuls, Geraint Thomas. Despite starting only 22 minutes after his team-mate Dennis, his time of 15m47s for the 15.1 km course set the benchmark for the other aspirants. The other Brit among them, Simon Yates, had a serendipitous start time inside the first hour – before the wind got up – and finished just 26 seconds behind the Welshman. Jakob Fuglsang and Vincenzo Nibali started a minute apart, two hours after Yates, with Kruijswijk a few minutes later. Nibali conceded 1’06” to Thomas, Kruijswijk, 1’21”, Fuglsang 1’24”. 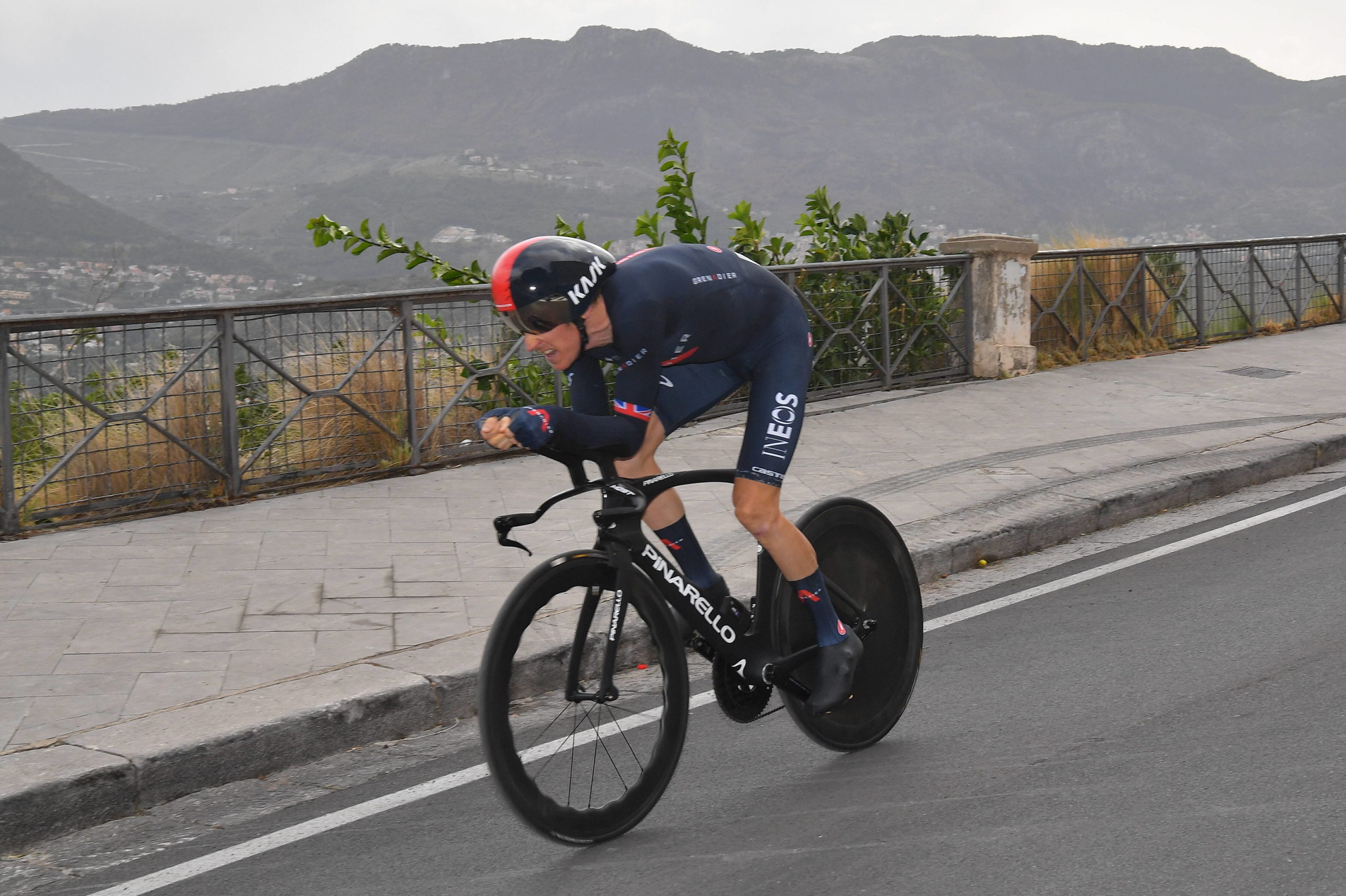 Today’s start town, Monreale, is a monument to the brief, historic interlude of Norman-French Sicily on the eleventh and twelfth centuries. Roger I welded this very heterogenous island into a single nation. The Greeks, those accomplished sailors, ran the Navy. The Arabs, with their great mathematical skills, ran the treasury. Greek, Arabic, Norman-French and Latin were all official languages: Roger could speak all of them. All these different cultural influences are evident today in its architecture, tasted in its food and heard in its music. 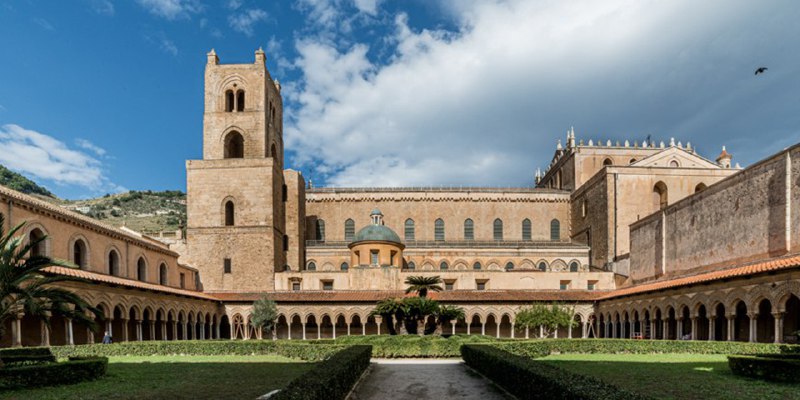 But Monreale has only produced one professional cyclist: on 14 May 1955, Monreale-born Guido Messina, the reigning world individual pursuit champion, took the Maglia Rosa after winning stage one from Milan to Turin, over 163 km. It turned out to be the best of omens for 2020 world IP champion Filippo Ganna, who will wear the Maglia Rosa in tomorrow’s stage from Alcamo to Agrigento.