Remco Evenepoel: “My big goal is to be ready for the start of the Giro. As you all know, last year, I was not able to compete in the race because of an injury after my crash at Il Lombardia. The course for this year seems to be really hard, and beautiful too. So I think it will be a nice race. I’m looking forward to feeling the Italian atmosphere and seeing all those amazing tifosi!”

Peter Sagan: “My participation at the Giro d’Italia last year was a wonderful experience and something that I’d always wanted to do. Now I am training in the Canary Islands ahead of the new season and hope to return to Italy ready to race.”

Egan Bernal: “I’m really happy to be preparing for the Giro d’Italia. This is a race that I have been wanting to do for a long time, since I first came to Italy. This year, I am really happy to be racing it and I have already been up Alpe di Mera, to try out that stage. This will be a difficult race, but still, I cannot wait to do it, as this one will be a beautiful Giro. I’ll be expecting all the fans to be cheering from home, in front of the tv, for both myself and for all the riders and teams that will be there.”

Vincenzo Nibali: “I do like this year’s course, and I’m happy about the way it’s been designed. There are a lot of climbs – some of these are major ones, like the Zoncolan! For now, I’ll focus on preparing for the race in the best way possible.”

Filippo Ganna: “I’m really happy that the 104th edition of the Giro will start from Turin and my home region, Piemonte. The course for Stage 1 looks like a really fast one and I’m ready to do well in it. I’m looking to start the Giro on the right foot and replicate what I did last year, trying to wear the first Maglia Rosa.” 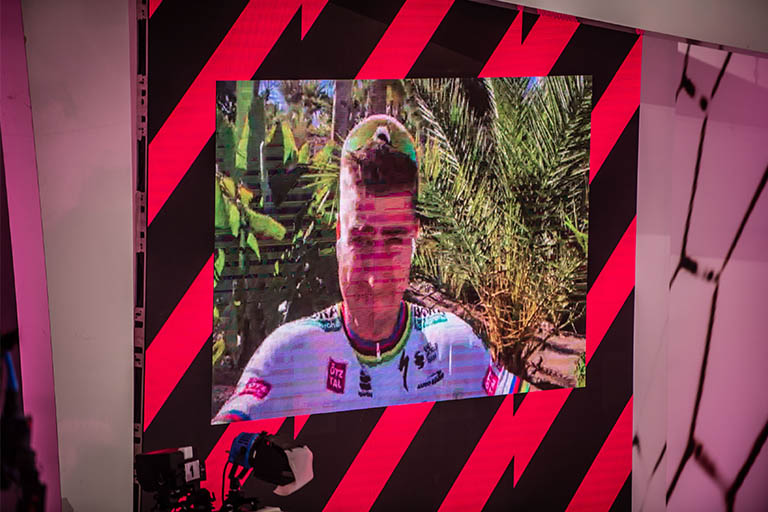 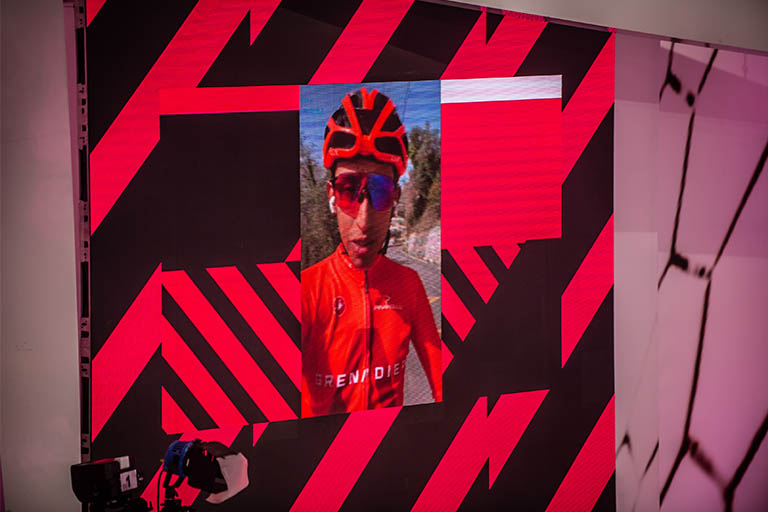 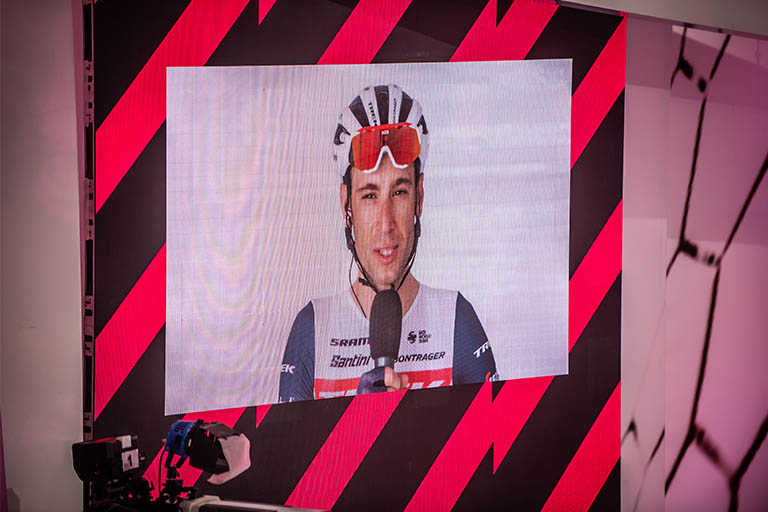 Giro d’Italia Director Mauro Vegni: “This Giro d’Italia will be a tough race right from the first week. The riders will be faced with challenging stages and they will have to be ready for that from the very start. Certainly among the most interesting stages are the two opening and closing time trials, the 4 uphill finishes of the first week, the summit finish on the Zoncolan and the Dolomite stage with an arrival in Cortina with climbs over the Fedaia, Pordoi and Giau passes The penultimate stage too, from Verbania to Alpe di Motta in Vallespluga will be something special. In addition, a stage that promises a great spectacle is the Wine Stage linked to Brunello with arrival in Montalcino, a wine that the whole world envies. In the last 70 km of that stage, 35 will be on strade bianche [gravel]. I remember the last stage finish in Montalcino, in 2010, with World Champion Cadel Evans taking the win covered in mud. I’m sure this year’s Giro will be filled with equally iconic moments and strong emotions like previous year’s editions, from the first day to the last.”

Paolo Bellino, CEO and General Manager of RCS Sport: “The hardest race in the world in the most beautiful place will this year also present a cultural, historical, touristic and sporting narrative through its route. It will begin from Turin for the third time in its history, as we mark the 160th anniversary of the unification of Italy. 700 years since Dante Alighieri’s death, Ravenna (where ‘Il Somma Poeta’ is buried) and Verona will host the start and finish of the race’s 13th stage. From the point of view of tourism, we will also touch places that are the envy of the world such as the Frasassi Caves, Montalcino and Siena – which will host a stage start from the unique setting of Piazza del Campo – just to name a few. The stage finishes of Cortina and Milan will be the common thread that links one great sporting event to another: the 2026 Winter Olympics. The beauty of our country will be broadcast across five continents, courtesy of Rai. All of this means that I am convinced that this edition of the race has all the ingredients for an exciting Giro d’Italia.”

Urbano Cairo, President of RCS MediaGroup: “This year as much as any, the Giro d’Italia will be one of the key events for our country and for our group, especially in this very complicated period. We have signed a new agreement with our historic partners RAI for the whole of 2021 that allows for the production and broadcasting not only of the Giro but of the entire RCS racing calendar. Thanks to this great professional partnership that we have been able to put in place, I am sure that images of  the race, distributed all over the world, will once again showcase both the Italian nation and a sporting spectacle of the highest level.”

The Italian Minister of Tourism, Massimo Garavaglia: “It is the 104th edition of the Giro d’Italia and the 90th birthday of the Maglia Rosa, both of which have become a symbol of our country in the world in sport. The Giro d’Italia has always been a reference point for the sport’s tourism sector, and is capable of embodying and conveying positive values from every perspective.”

Stefano Barigelli, Director of La Gazzetta dello Sport: “The Maglia Rosa is an emblem for the strong relationship between the Giro and the Gazzetta. Over the 90 years since its creation, 254 riders have worn the jersey in the Gazzetta’s colors and 73 of those have worn it for just one day. It’s wonderful to think that the Gazzetta gave these 73 athletes a day of glory”.

Cordiano Dagnoni, President of the Italian Cycling Federation: “The Giro d’Italia is an event of great value for our federation. It is a cultural cornerstone for all sportspeople – Italian or not. This year, in particular, we will celebrate a very important person – Alfredo Martini. For 22 years, Alfredo coached the Italian national team, leaving us with unforgettable memories and 6 world championships. My father Mario was part of the team’s technical staff and often spent the day following stages live in the car with Alfredo – thinking of it evokes beautiful emotions. My first personal memories of the Giro date back to 1974. I was a kid and I saw the cannibal, Eddy Merckx, win over Gian Battista Baronchelli and Felice Gimondi. The stage’s arrival was inside the legendary Vigorelli Velodrome. I would love to relive such an experience again in that amphitheater which is a true temple of cycling.”

The President of the Piedmont Region Alberto Cirio and Councilor for Sport Fabrizio Ricca: “It is an honor for the Piedmont region to host the great sporting spectacle that is the Giro d’Italia which this year sees our region play a starring role. At a time when we are all focused on getting started again, a great event like this represents a wonderful opportunity. The history of cycling is firmly linked to our mountains and our roads, a bond that this edition of the Giro will make even stronger.”

The President of the Regione Lombardia Attilio Fontana: “The Giro d’Italia, the legendary Corsa Rosa, will restart in the spring after last year’s postponement in autumn due to the pandemic. It is highly symbolic to have included Cortina – the town that will host the 2026 Winter Olympics – in the race’s Dolomites stage. It’s about looking ahead to the future: the Corsa Rosa this year will visit Cortina and finish in Milan. This provides a common thread between two great sporting events: the Giro and our highest and most ambitious project: the Winter Olympics.”

The Mayor of Milan, Giuseppe Sala: “Recent editions of the Giro d’Italia have been hard fought, demonstrating how the quality of the riders has generally improved year after year. The result of this is that, up to the last stage, anything can happen. The Giro is very important to Milan, this year especially. It’s a city where there are many cycling enthusiasts and where the number of bicycle users is always increasing. We’re looking to adopt more policies to guide and help spread the use of bicycles”. 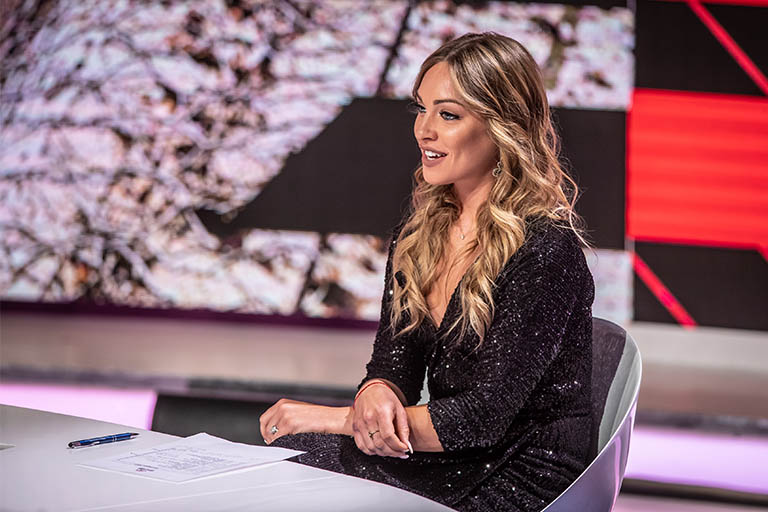 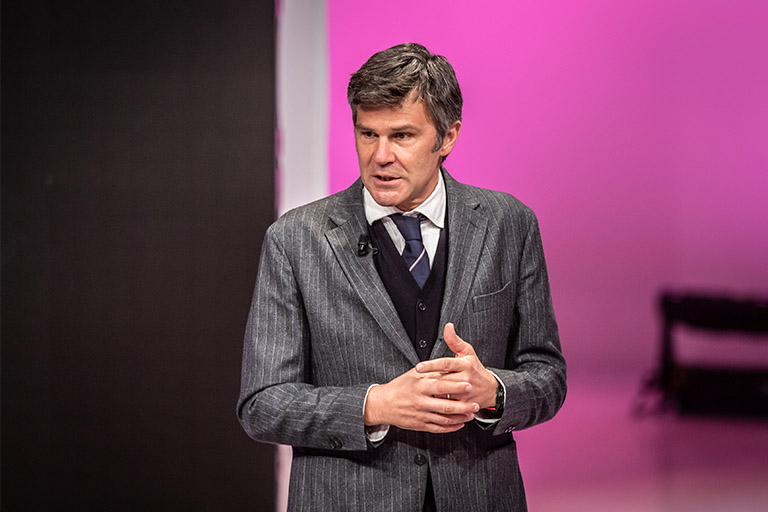 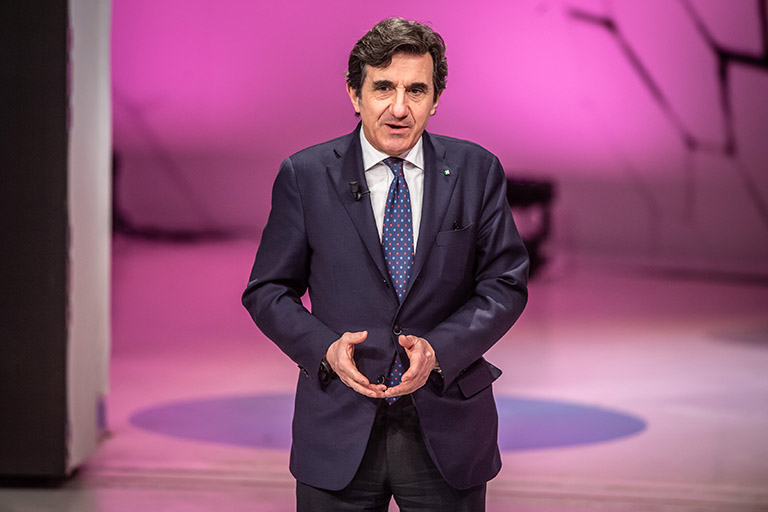