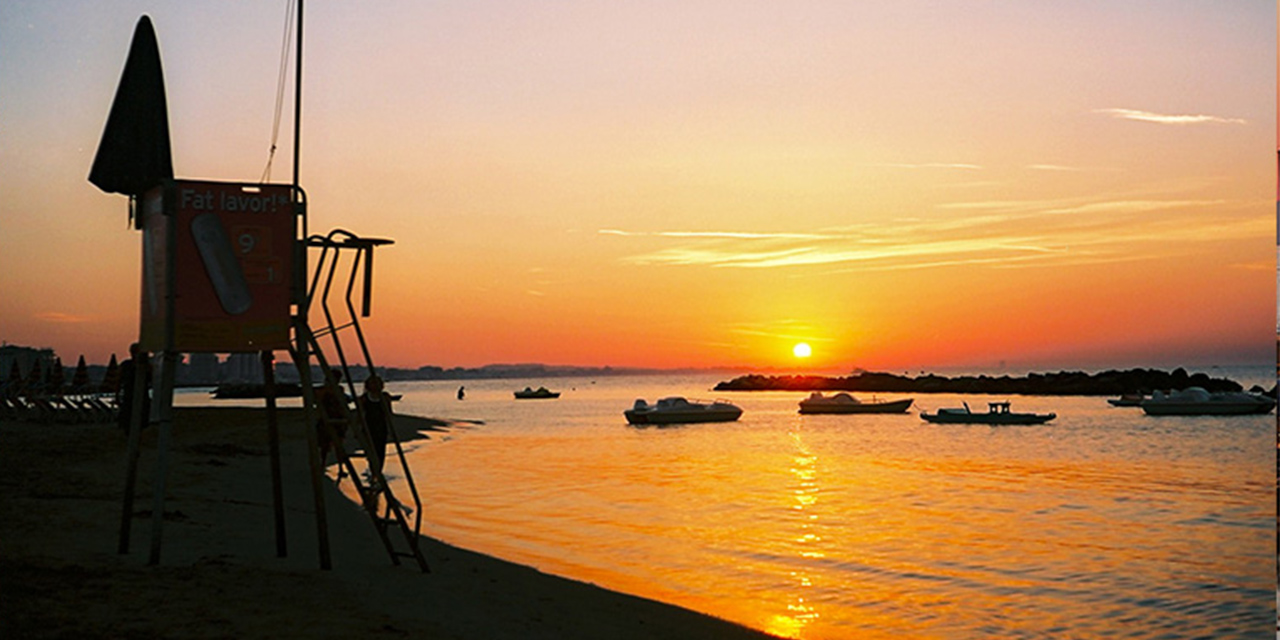 Emilia-Romagna, a land full of surprises

Art and culture, unspoilt nature, good food, bike trails and racetracks, thermal baths and spas, a vibrant nightlife scene and a packed programme of exciting events all year round: the Emilia-Romagna region has it all.

Just when you think you know everything there is to know about Emilia-Romagna, this region— which gets its name from the Via Emilia, a millennium-old Roman road that runs from north-west to south-east—will find a way to surprise you again with top-quality products, tourist attractions, off-the-beaten-track places and world-famous figures who were born and raised here. Emilia-Romagna is renowned throughout Europe for being the region with the most PDO and PGI products (44 in total)—with Parmigiano Reggiano, Parma Raw Ham and the Lambrusco wine arguably being the most notable—and for its delightful restaurants, 35 of which were awarded the Bib Gourmand in the latest edition of the Michelin Guide for serving exceptional food at reasonable prices. Emilia-Romagna is also home to some of the most iconic brands in motoring and motorcycling history, such as Ferrari, Maserati, Lamborghini, Pagani, Dallara and, last but not least, Ducati. The region displays 4 racetracks, 13 automotive museums and 18 private collections.

As for thermal baths and spas, the Emilia-Romagna region ranks second in Italy for the number of spas (24 thermal facilities across 19 stunning locations).

When it comes to art and culture, Emilia-Romagna boasts 12 UNESCO World Heritage Sites, including the Byzantine mosaics of Ravenna, Parma (Creative City of Gastronomy), the Sasso Fratino Nature Reserve (in the Foreste Casentinesi National Park – recently awarded in the “Green List” of the prestigious International Union for the conservation of nature), the Malatestiana Library in Cesena, not to mention the cities of Modena, Ferrara, Faenza, and Bologna, and the Po Delta Regional Park.

If you enjoy exploring new places, then you are spoiled for choice. Emilia-Romagna prides itself with an abundance of castles, fortresses and strongholds (60 in total), 58 award-winning villages scattered between the Apennines and the Adriatic Coast, 2 national parks, 1 interregional park, 14 regional parks and about 10 protected nature reserves. 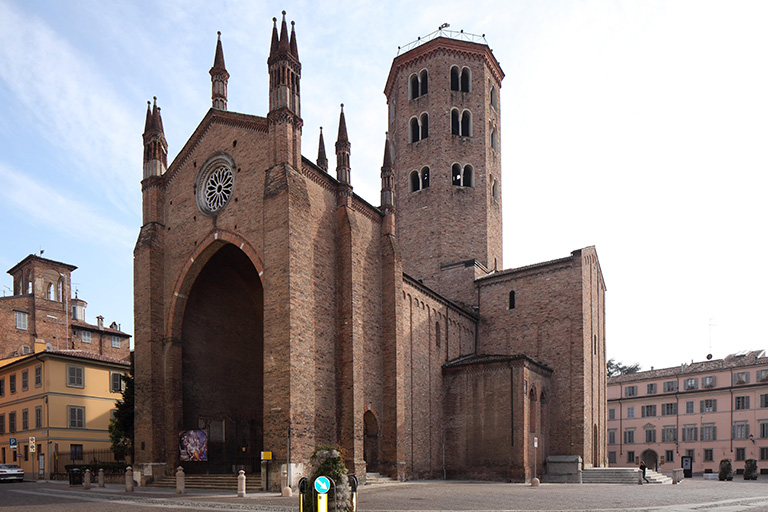 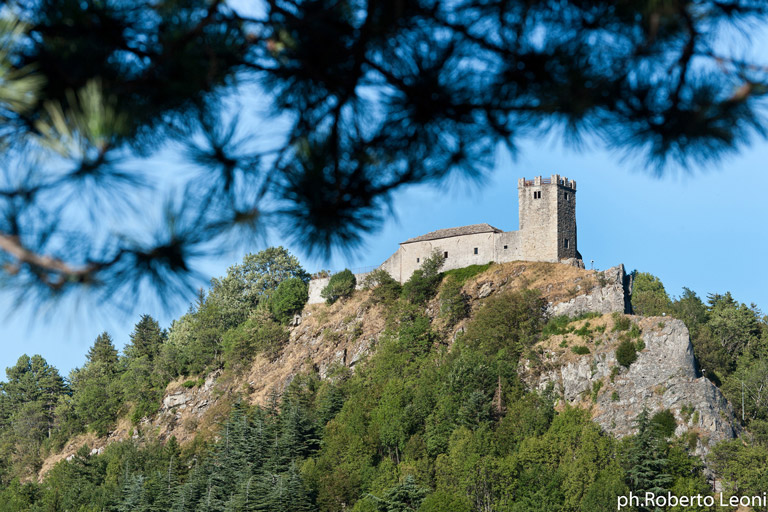 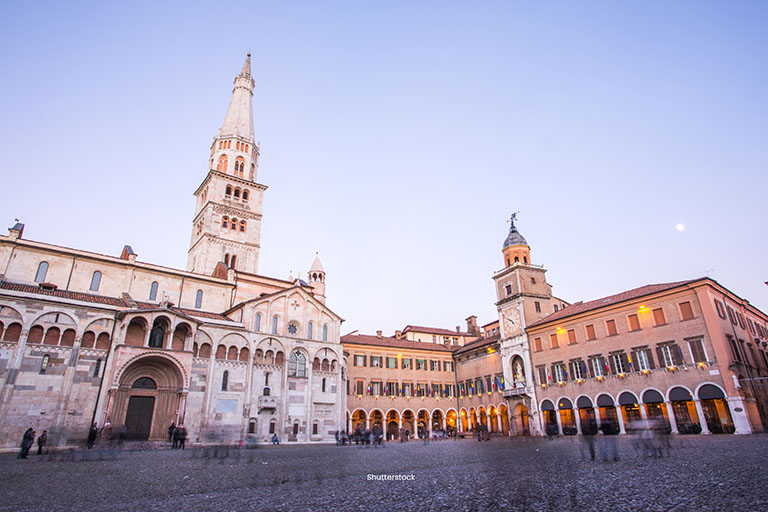 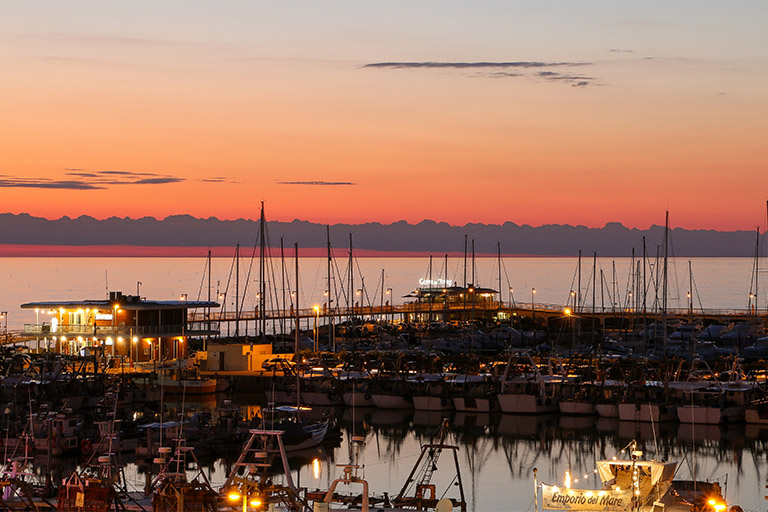 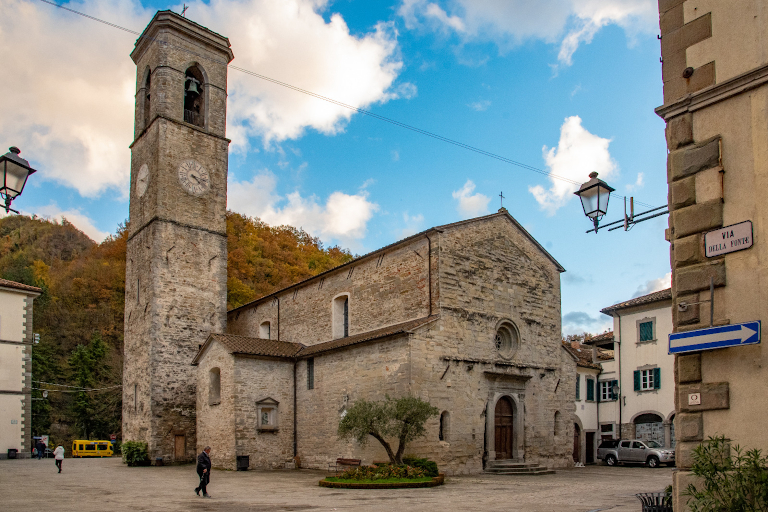 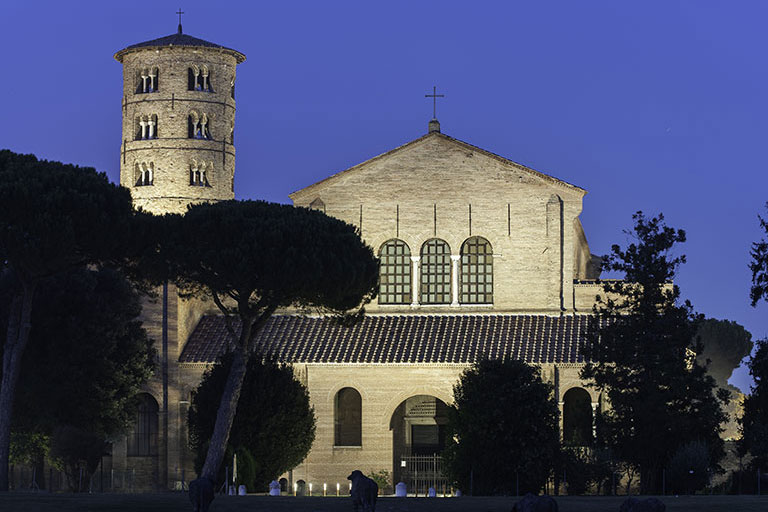 Following the renovation of Dante’s Tomb (inaugurated on 5 September 2020 in the presence of President of the Republic Sergio Mattarella), Ravenna has programmed a full year of events celebrating the Seven Hundredth Anniversary of Dante’s Death (including concerts, exhibitions, shows, public readings, study days, and guided tours, just to mention a few). There will also be events in Forlì, Faenza, Imola and Rimini, which will take you on a discovery of some of the places that were dear to Dante between Romagna and Tuscany.

There are four monuments associated with Dante’s birth and death in Ravenna: Dante’s Tomb and the Quadrarco of Braccioforte nearby, Dante’s Museum, and Dante’s House. Dante’s tomb was restored to its original appearance by architect Camillo Morigia and fitted with a new lighting system. The restoration work was also carried out on the Quadrarco di Braccioforte, an ancient oratory that gets its name from the legend of two people who invoked the “Braccio forte” (strong arm) of Christ, whose image was painted there. Every day at nightfall, the bell of the bell tower tolls thirteen times in memory of September 13, the day of Dante’s death, and of Dante’s triplets: “It was now the hour that turns back desire/ in those that sails the sea, and softens their hearts/ The day when they have said to their sweet friends farewell/ And which pierces the new pilgrim with love, / if he hears from afar a bell/ that seems to deplore the dying day” (Purgatory, Canto VIII, 1-6).

Within walking distance from the Tomb are Dante’s Museum and Dante’s House, which are about to reopen after undergoing extensive renovation.

With the help of state-of-the-art technologies, in Dante’s Museum visitors will have the chance to see century-old artefacts such as the wooden box and the sarcophagus that contained Dante’s remains. Dante’s House – which aims to be an educational workshop, with a courtyard and garden where people can rest, read, and meditate in silence – will also boast a specialist library and a “Design Gallery” with a bookshop and a visitor’s centre.

Of particular interest are the “Lettura perpetua della Divina Commedia” – the perennial readings at Dante’s Tomb, which have been taking place every day at 5 pm, the hour that turns back desire, since 13 September 2020. Book lovers, scholars, and ordinary people alike have been meeting up (keeping a safe distance) to listen to one of the most highly regarded works of Italian literature. The readings are available for streaming (call us on 328 4815973, from Monday to Friday, from 10 a.m. to 4 p.m., or email leggidante@ravennantica.org to ask for more information and reserve your place).

Last but not least, the third exhibition will focus on Dante Alighieri’s success over the centuries, spanning all art genres and mediums, with literary, graphic, artistic, photographic, cinematographic, musical and commercial works related to Dante, the Supreme Poet. 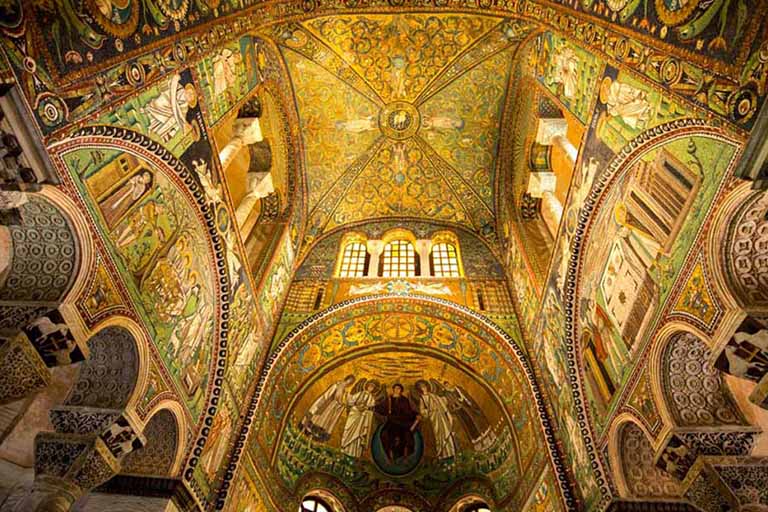 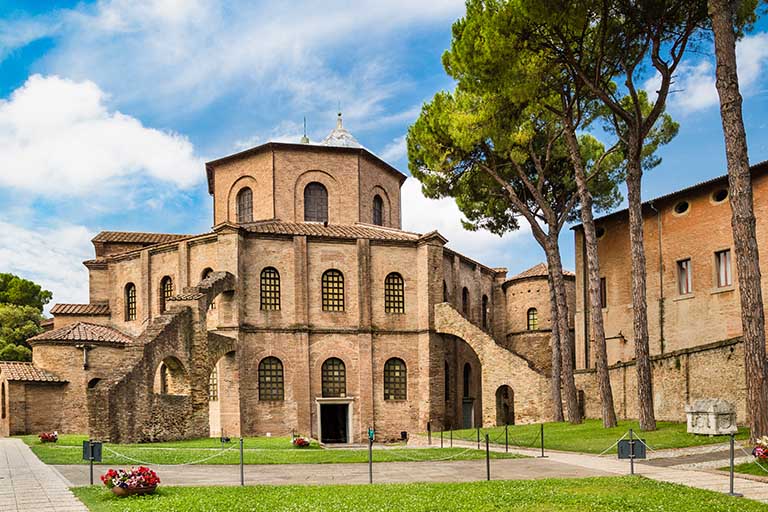 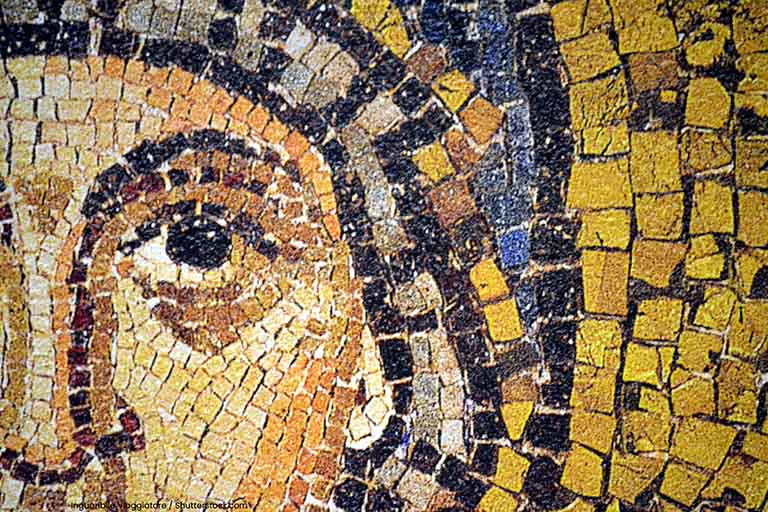 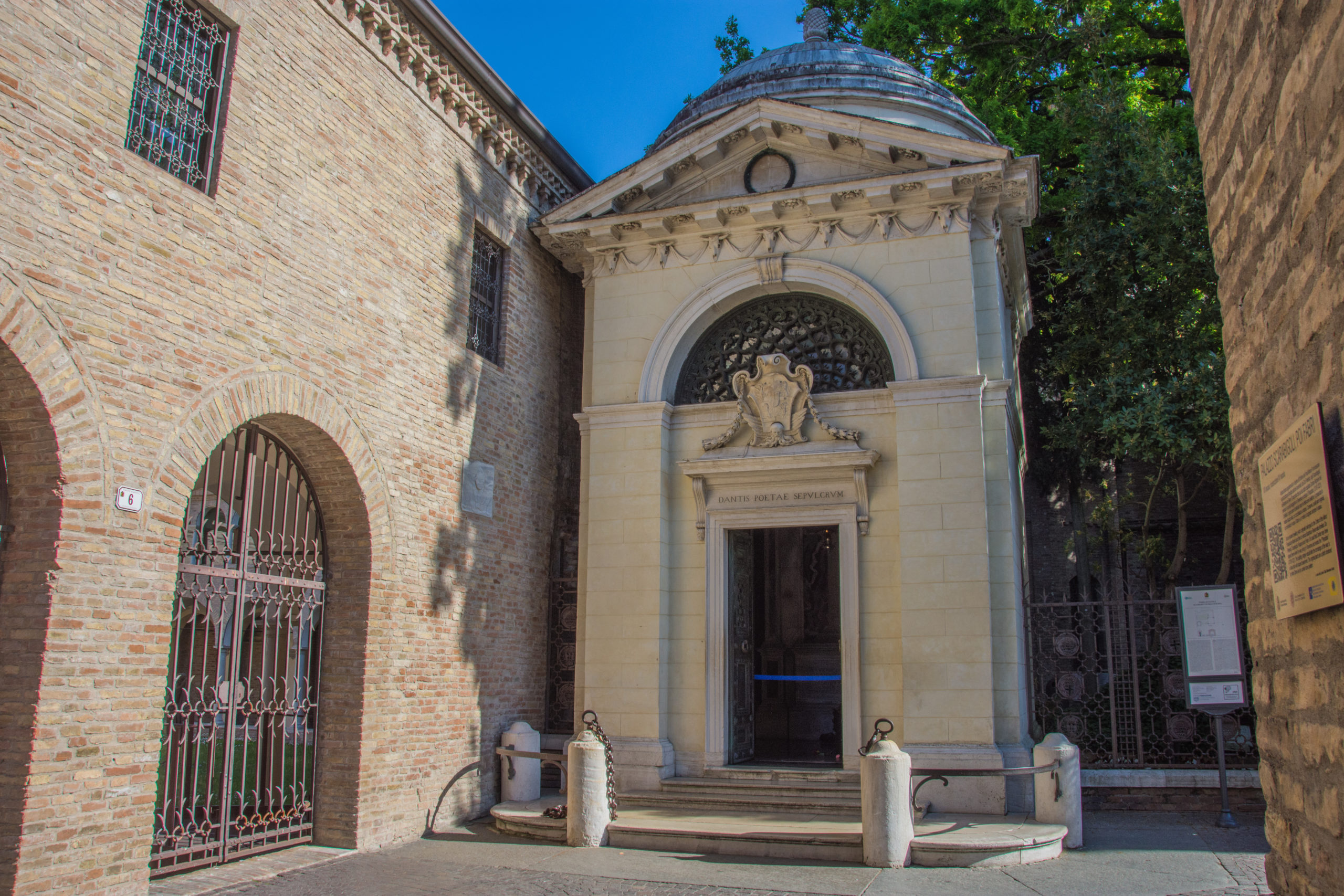