A native of Acragas – Greek Agrigento – in the 5th century BCE, the philosopher Empedocles said the universe was made of 4 fundamental elements: air, water, earth, and fire, and that 2 forces act on them: love (attraction) and strife (repulsion). For the following 2000 years or so, it was the best theory going. These days, fame is more fleeting, especially when Thomas De Gendt is in the breakaway, so yesterday’s hero, Filippo Ganna, assembled his entire team around him to defend the jersey. 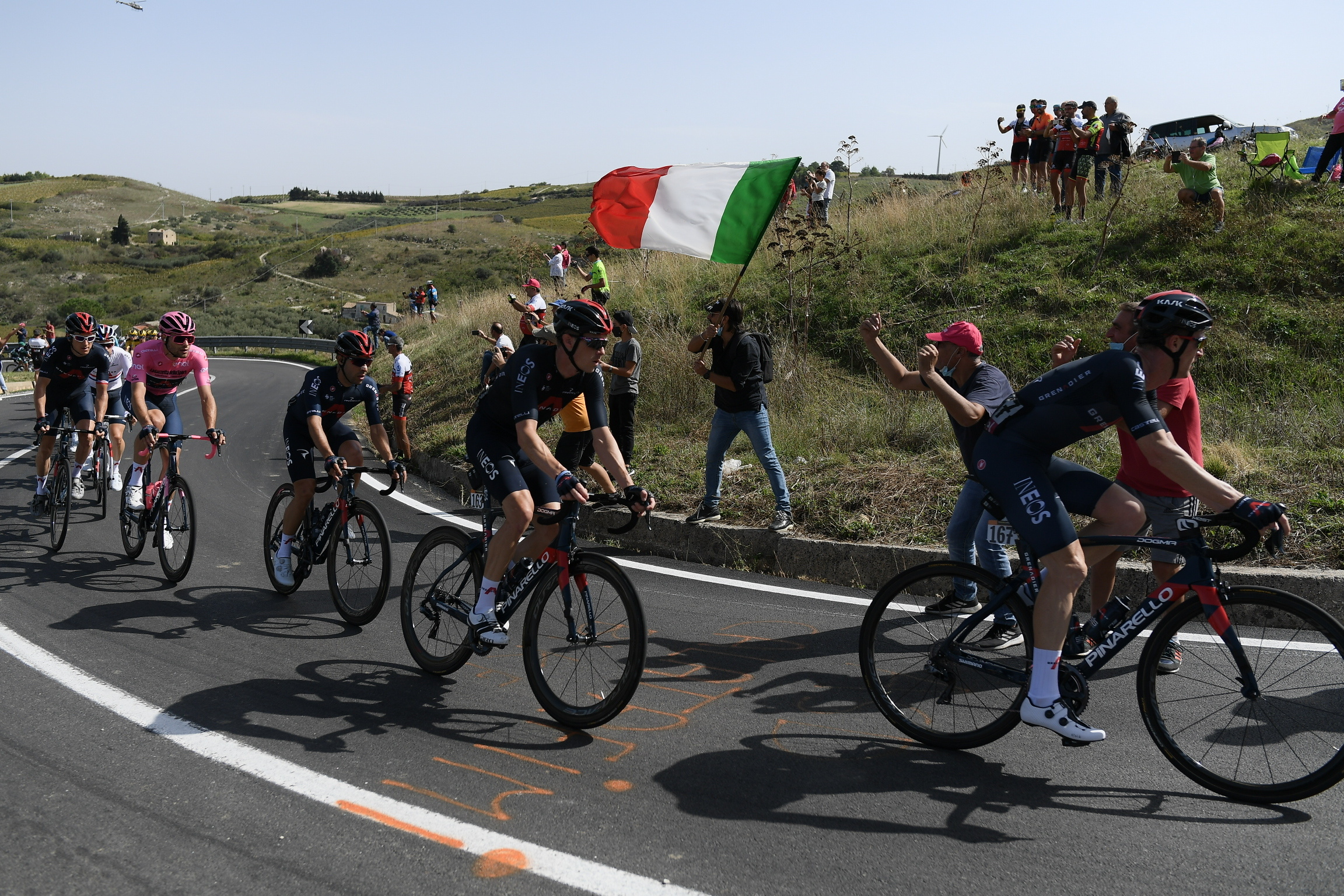 Anything but a straightforward sprint stage lay ahead: categorised of medium difficulty, it started with four small climbs, headed out to the coast on gently rolling roads, raced through Porto Empedocle, then embarked on the 3.7 km Category 4 climb that led to the finish line. The average gradient was only 5.3 per cent, but after 1km, there was a section at 9% for 500m. 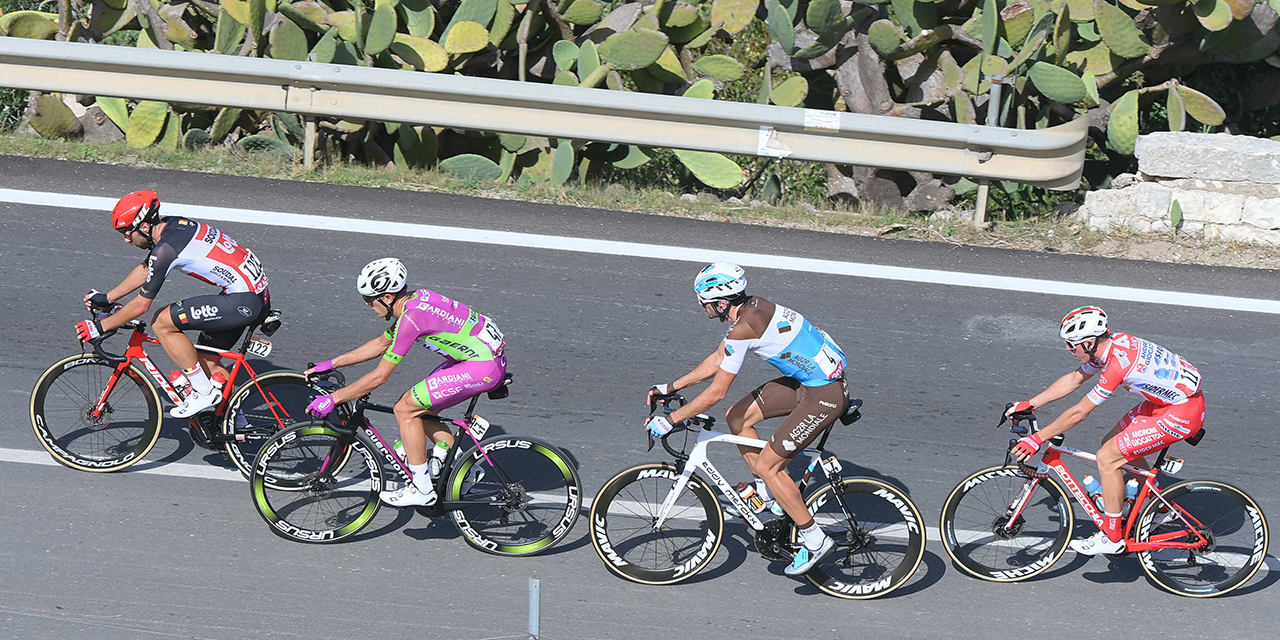 Before the stage, De Gendt declared, “It’s a good stage for Michael Matthews, so probably Sunweb will be chasing.” He was right: as the breakaway’s advantage reached 5’15”, its ceiling for the day, Team Sunweb, UAE-Team Emirates and Bora-Hansgrohe sent Nico Denz, Mikkel Bjerg and Patrick Gamper to the front. Between km 71 and km 75, the gap dropped to 4’16”. With 40km to go, they had brought it down to 2’05”; with 30km to go, the breakaway’s lead was 1’02”. With 16km to go, it was 45s.

Within metres of the second intermediate sprint, at Porto Empedocle, the five escape artists were caught. 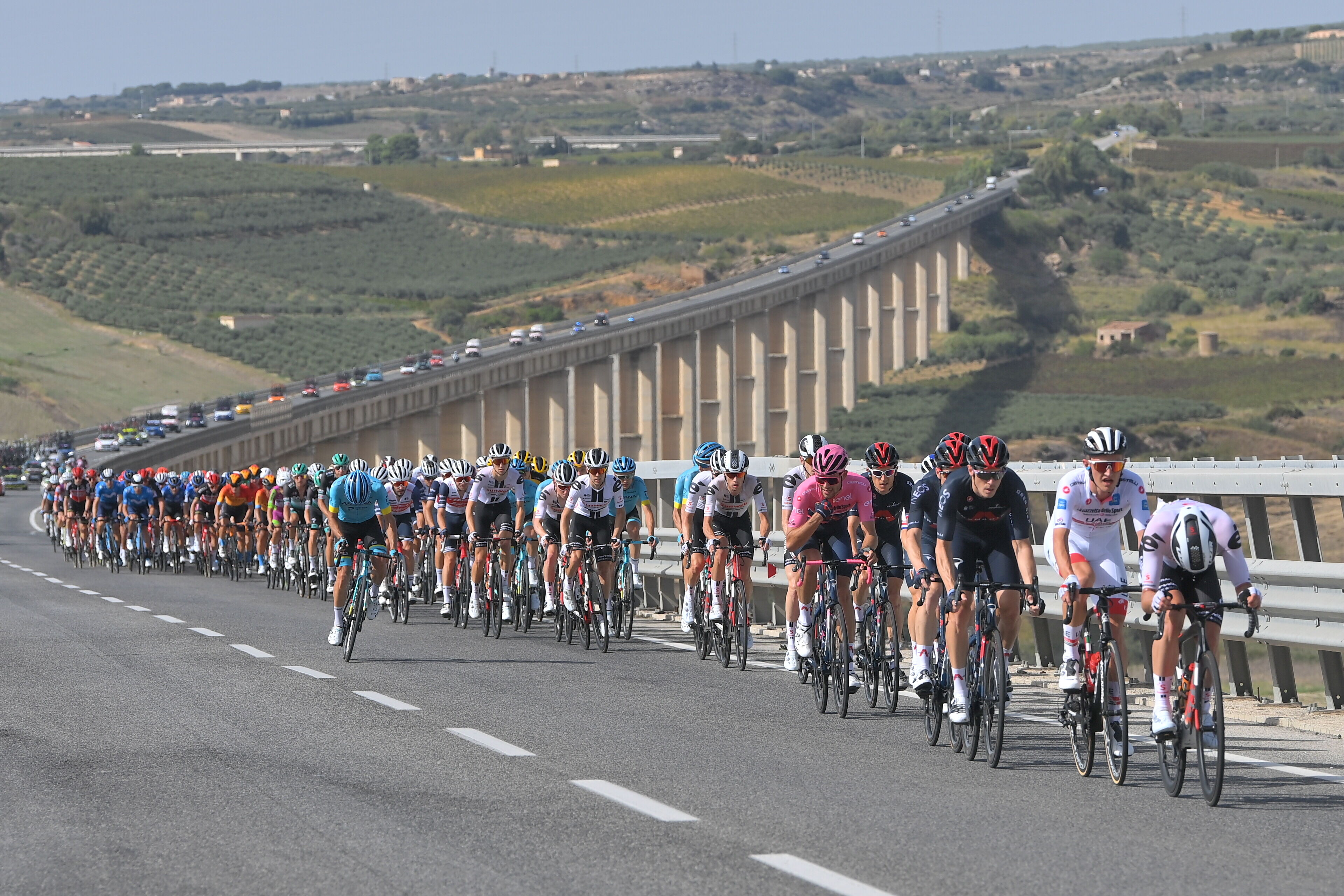 Valerio Conti (UAE) was the first to move, with his leader, Diego Ulissi, on his wheel. Luca Wackermann (THR) made a brave but doomed attack before Ulissi darted away, accompanied by the Dane Mikkel Frølich Honoré (DQT), as Peter Sagan (BOH) gave chase. Ulissi, a veteran of 6 Giro stage wins already, handled the threat expertly: as Sagan made the bridge, the Tuscan who shares his name with the hero of the Odyssey set sail into the void and perhaps, just perhaps, an imperceptible seismic shiver of recognition shook ancient Agrigento’s extraoordinary foundations. 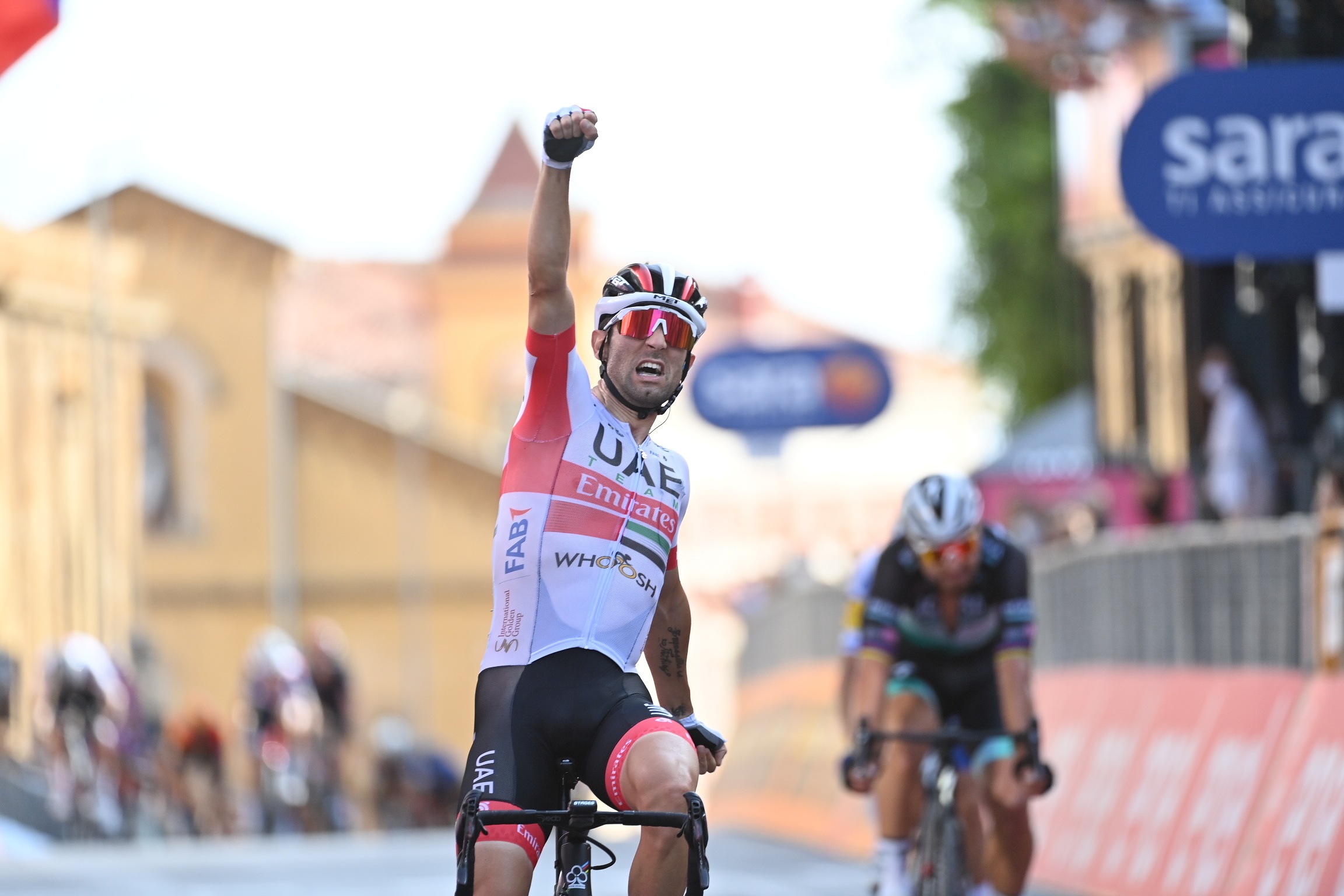