With 5 km to go on the final, Sega di Ala climb, the Maglia Rosa group reached him. As he slotted onto the front of the group, Egan Bernal, who, in Jonathan Castroviejo and Dani Martínez, still had two helpers with him, suddenly had the stage in a stranglehold. The only question left that needed answering was whether Dan Martin , still a minute or more ahead of them, would stay away and take his first Giro d’Italia stage win.

But it is always just when you think you have a clear run at things– youth, health, income, emotional stability, whatever – that the floor can seem to disappear beneath your feet, as it did beneath Remco Evenpoel’s in Brentonico (the cheese-rolling town, appropriately enough) where, to avoid fallen riders ahead of him, he somersaulted the barrier. That seemed to galvanise his teammate Pieter Serry, who had also been in the early break. As the Maglia Rosa group reached him, Serry latched onto the front and launched a frenetic burst of speed, setting up Almeida for the final climb. 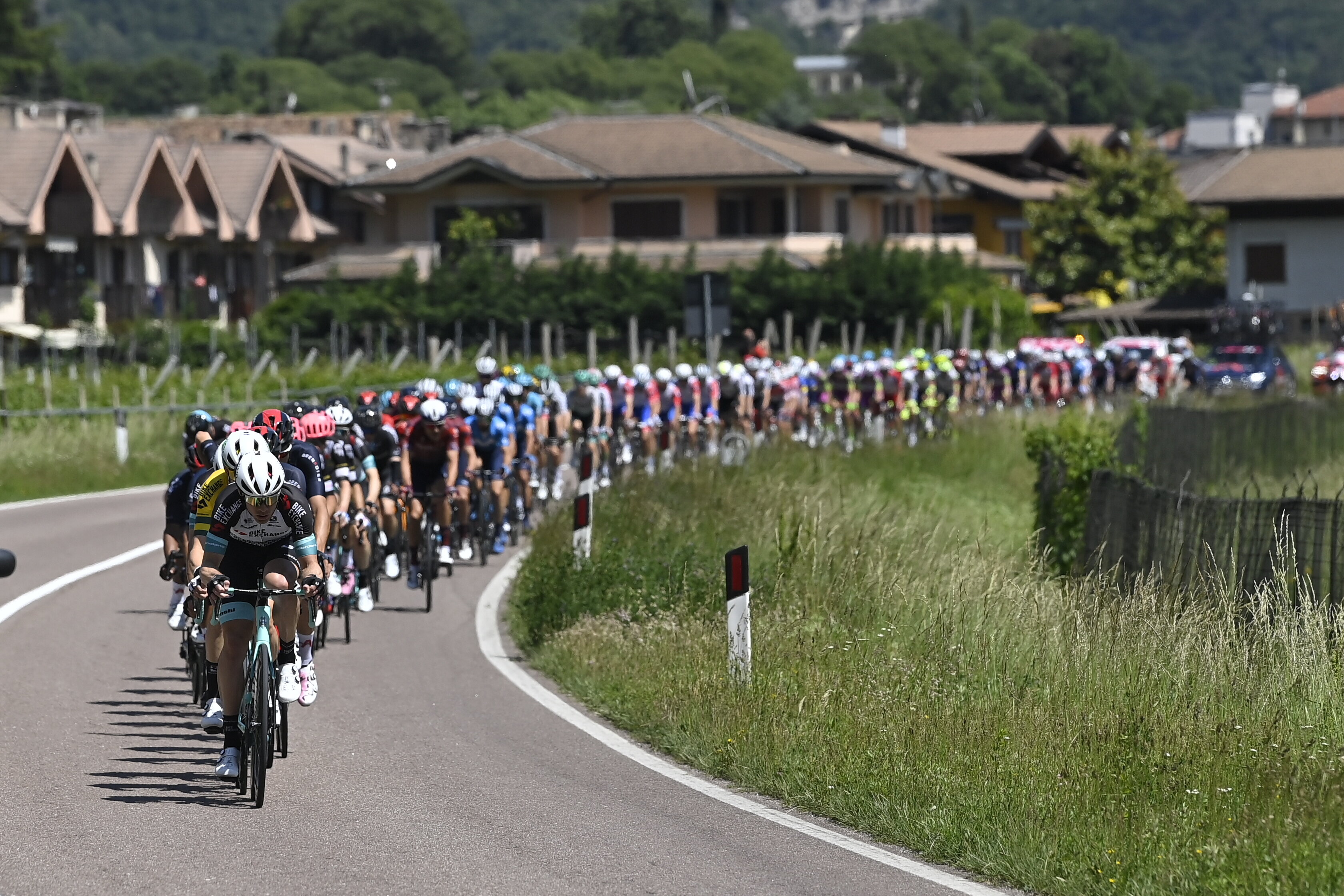 After Montalcino, last year’s long-time race leader had preferred not to say what he thought about having to wait for Remco. Now, with his co-leader out of the equation, he darted away, stirring Simon Yates to respond with 4 kilometres to go. The Maglia Rosa and his helper Dani Martínez were quickly on his wheel. Each time Yates led them up to Almeida, the Portuguese rider launched a Henry-Rono-esque, fartlek-style acceleration, eventually stealing off to take second place in the stage. But those jolting attacks prized Yates free of Bernal, who was suddenly unable to follow. They might have done even more damage: the question was, and remains, has the back pain that ended Egan’s Tour de France campaign resurfaced? 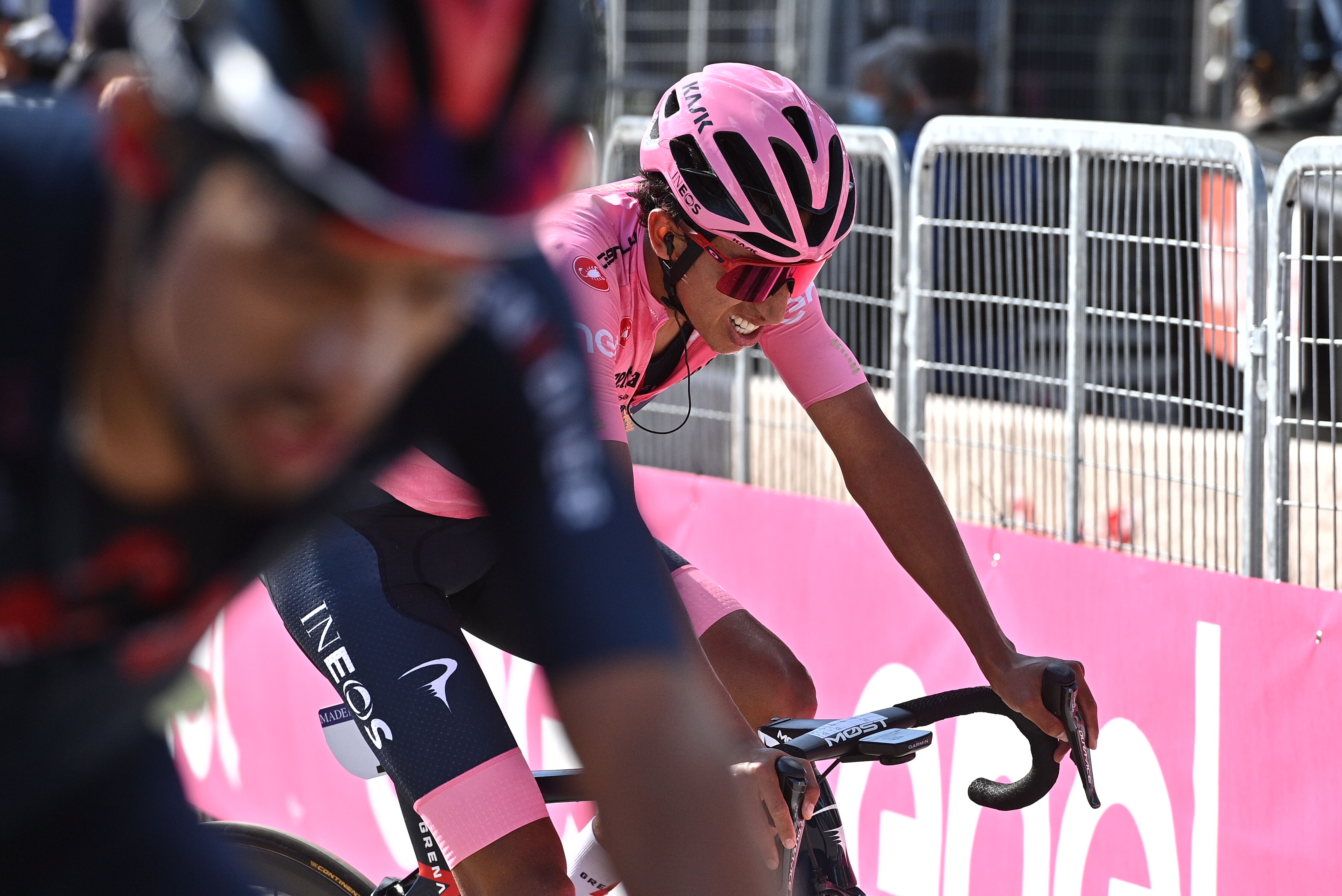 After the stage, Egan played down what had happened: “Yates was impressive, the stage was perfect for him. I had a bad day but I didn’t lose much time.”

But the problem is not seconds and minutes: the problem is, there are four more Category One climbs to go. Will Egan’s back withstand them? 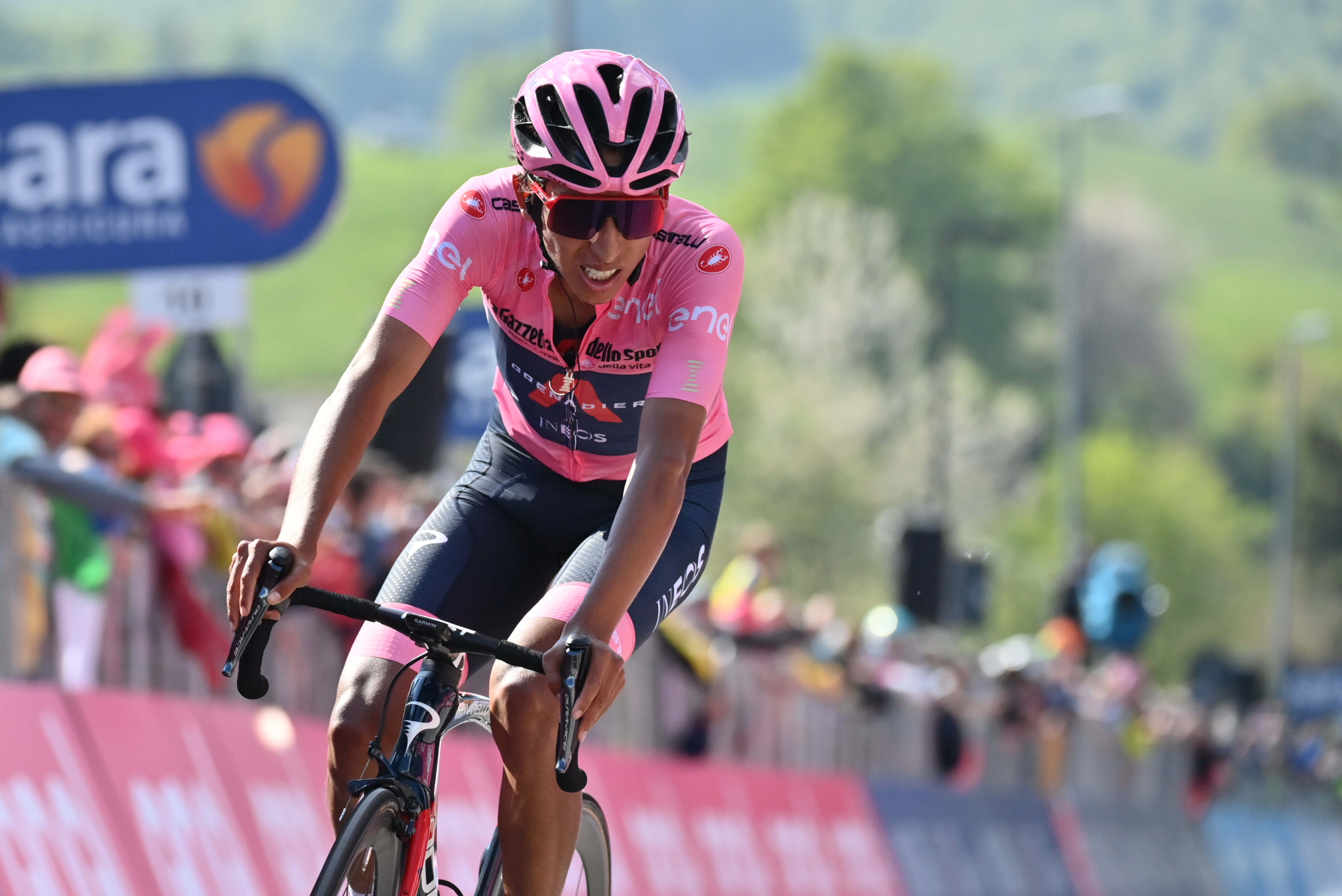 Dan Martin promised his wife before the Montalcino stage that he would not risk his neck. His GC hopes went up in a cloud of dust that day. The following morning, when, Alex Dowsett was asked how disappointed the team was, he said, “Not as much as you’d think”. Today, Dan Martin provided the explanation.

“This is what I came here for, to try and win a stage. I knew today was one of my last opportunities. We had a plan to put me in the breakaway. Everybody worked for it. I had information from [DS] Nicki [Sørensen] the whole climb, and I knew from my recon what do to. I rode a good tempo on the steepest section, then I went full gas with 2 and a half km to go.”

After losing Kris Neilands on the first day, taking the Maglia Rosa with Alessandro De Marchi, then losing him and Dowsett to a horrific crash and illness, Dan Martin has written another chapter of the Israel Start-Up Nation’s rollercoaster thrill ride. 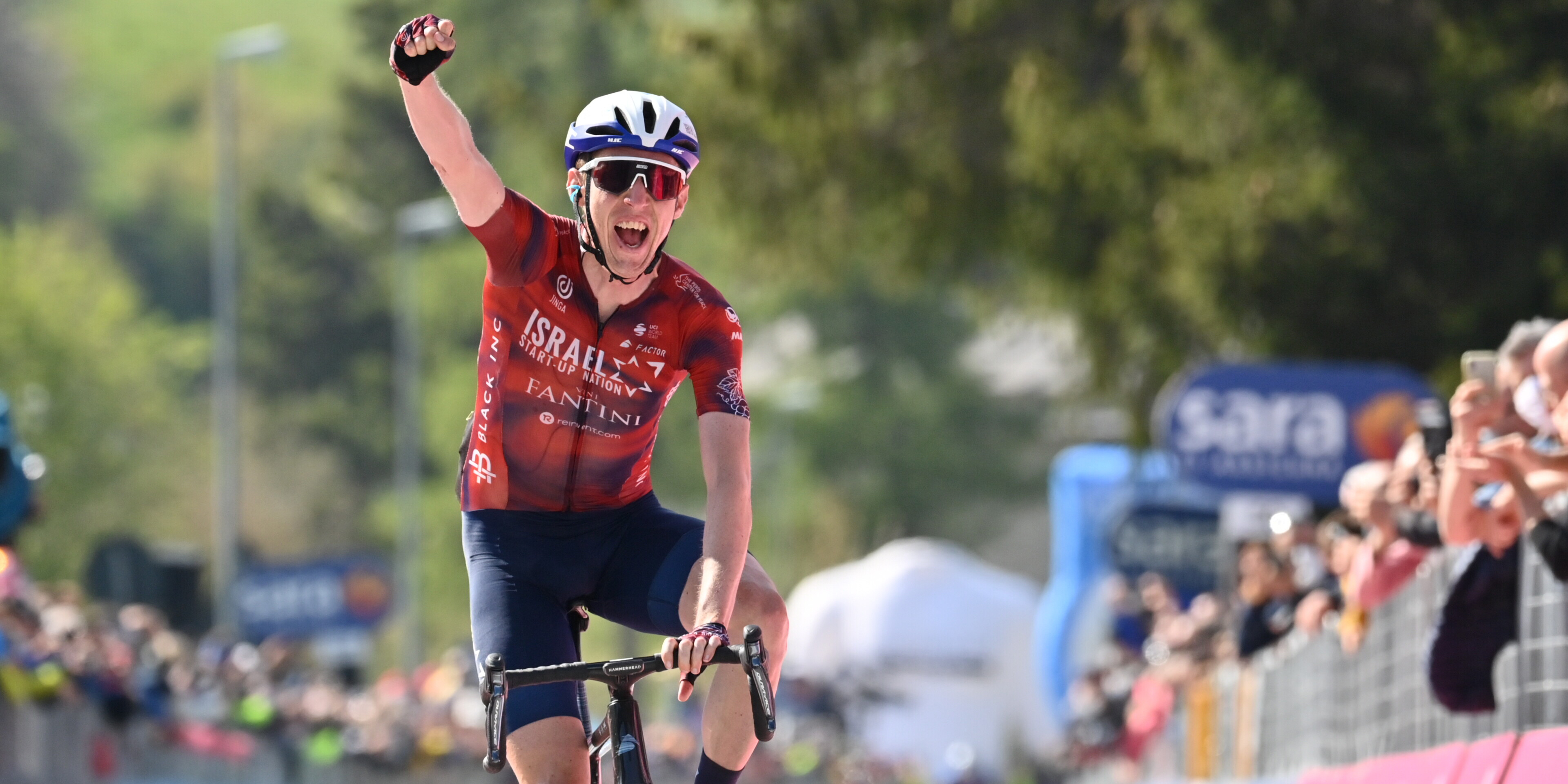