“GiraGiroGiraGi” is the title of the Giro 103 song

RCS Sport has entrusted the official song of the Giro d’Italia 103 to Extraliscio – edited by Betty Wrong by Elisabetta Sgarbi and distributed by Universal. After the great success of the song “Merendine blu”, edited by Garrincha edizioni, the band – Mirco Mariani, Moreno “il Biondo” Conficconi and Mauro Ferrara – returns with another masterpiece driven by relentless rhythm that mixes tradition with the sounds of punk.

The lyrics to the new song, ‘GiraGiroGiraGi’, come from a collaboration between the writer Pacifico (Gino de Crescenzo), the composer Mirco Mariani, and the publisher and director Elisabetta Sgarbi.

The unique and unmistakable voice of Antonio Rezza, winner of the “Leone d’oro alla carriera” in 2018, is grafted between the notes and words of the song, with his very personal interpretation of a sports commentary. The song will be accompanied by a video made by Michele Bernardi with the collaboration of Davide Toffolo.

The cover image of the song – and poster of the Giro d’Italia 103 – is a drawing made by Franco Matticchio, who was commissioned by the Elisabetta Sgarbi Foundation. Franco Matticchio is an artist born in 1957 in Varese, gifted in enriching illustrations with empathetic features. He made his debut in 1979 drawing for the pages of the Corriere della Sera. Over the years he has created illustrations for numerous magazines and newspapers. His works have been presented in exhibitions in public and private spaces, such as the Nuages gallery in Milan and the Incision gallery in Brescia. In 2017 the Galerie Martel in Paris dedicated a solo show to him.

Extraliscio’s existence is thanks to an idea by Riccarda, the daughter of the musician Secondo Casadei, who, at the beginning of the 20th century, pioneered the Romagna swing style, singing timeless masterpieces. The band have celebrated Secondo’s legacy, reinvigorating it to restore lifeblood to a genre that risked being neglected. It’s a musical, human and social experience for the outfit that has its roots in Romagna and continues the tradition of folk music, simultaneously respecting its fundamental rules and subverting them with today’s distinct smooth style, incorporating elements of punk.

Roberto Salamini, RCS Sport Head of Marketing & Communication said: “The Giro d’Italia is tradition, history, tales of great sports and culture personalities. But the Giro d’Italia is also innovation: a platform capable of communicating on all media using different languages to reach fans on 5 continents. Tradition therefore always coexists with innovation and together they become even stronger. The project with Extraliscio goes in this direction because as we do for the Giro, we started from the popular musical tradition by reviewing it in a modern key. For this reason I believe that the song represents very well the spirit of our Corsa Rosa with all the stories it always gives to its fans. The illustration of the cover created by the international artist Franco Matticchio gives even more value to this project and poetically tells about the uniqueness of the next edition of the Giro d’Italia which will be raced for the first time in October.”

Elisabetta Sgarbi, President and Artistic Director Betty Wrong Edizioni Musical said: “GiraGiroGiraGi by Extraliscio was born to tell the timeless epicity of the Giro d’Italia: a little boy who crowns the dream of becoming a man, to wear the Maglia Rosa. In this passage there are the dreams, the desires, the defeats, the sacrifice, the sense of solidarity that characterize not only the Giro d’Italia but also the life of the Extraliscio, musical nomads, musicians for the people, to make people dance, out of commercial logic, for the pure fun of playing and dancing, to celebrate the popular musical tradition always with a touch of punk. The video of the piece of music, created by Michele Bernardi, with the collaboration of Davide Toffolo expresses, in the animated drawing, the freedom of this group, its visionary nature”.

Extraliscio commented: “A country band plays on the streets of Italy and anticipates the arrival of the stage, the sound of the wheels warns the people the Giro is coming! It’s a romantic rhythm, it is a rhythm that GiraGiroGiraGi. Then a megaphone voice announces the passage of the first hero on the breakaway among vineyards, climbs, descents, chimes of bells, shouts of joy and trumpets! Because it is a great party, it is a great joy for all of Italy and its champion!” 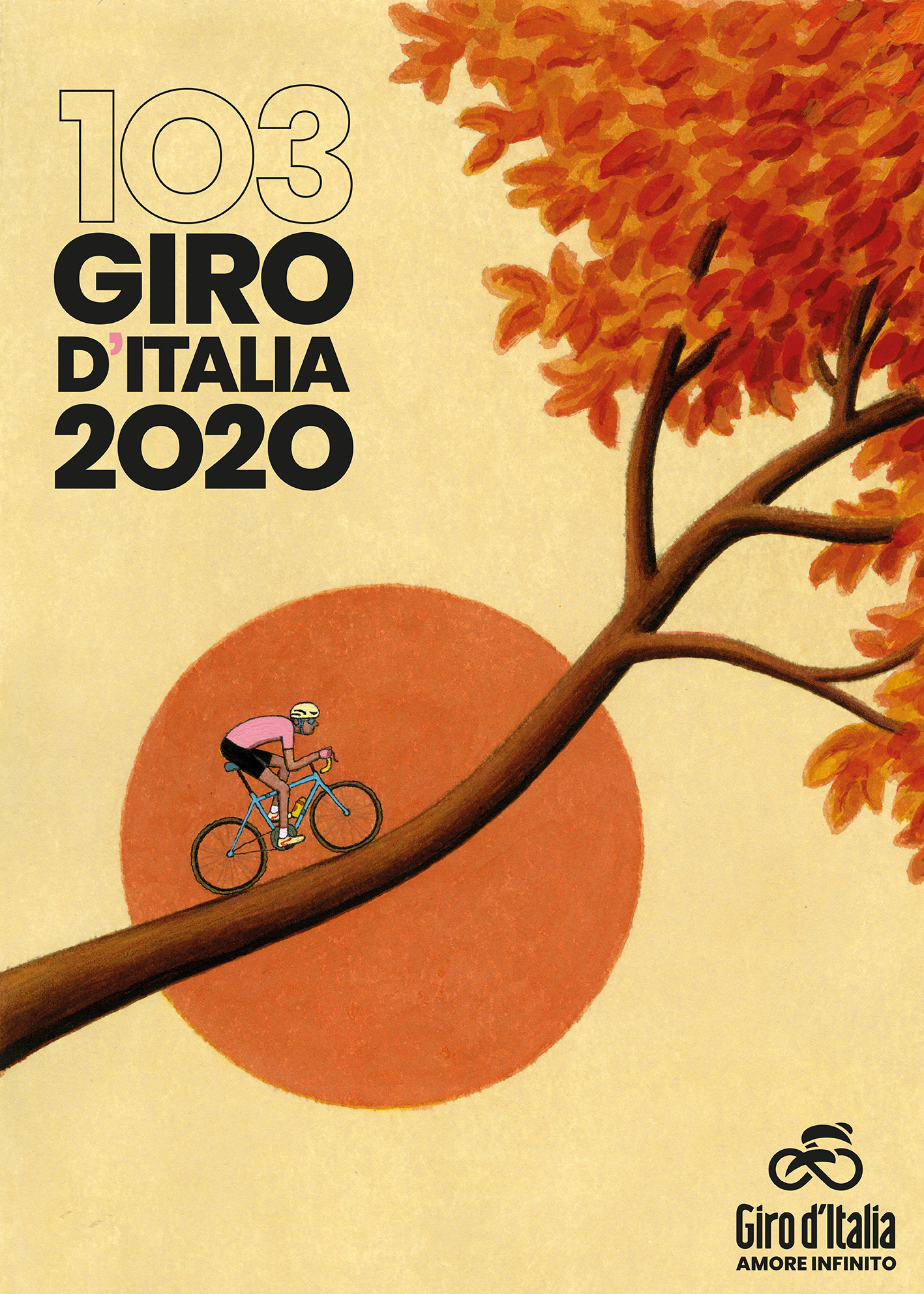