A stage win for Gino Mäder, and history made as the first Hungarian wears the Maglia Rosa. All this, as history echoed all around the riders today, including beneath their very wheels.

The Giro has a long memory.

Today it took the ancient Via Salaria, probably built by the ancient Italic people of the Sabines before the foundation of Rome, over the Apennines towards a finish line in San Giacomo, which lies on the border between the Italian regions of Abruzzo and Le Marche. Until Italian unification in 1861, the same border had separated the Papal States and the Kingdom of the Two Sicilies. Indeed, a milestone laid in 1847 shows the position of the ancient boundary defined by Roger II, King of Sicily and Africa, sometime between 1140 and 1143, to put an end to disputes between Rome and Naples.

There, Gino Mäder became only the second Gino to win a Giro stage, which makes him Gino the second. You know who Gino the first was: between 1935 and 1950, he won three editions of the Giro d’Italia, and 17 stages, the last of them on 2 June 1950.

All this history stands in sharp contrast to the transformations changing the Giro. No Attilas had ever ridden the Giro before this year, let alone donned any of its jerseys, until Tuesday, when Attila Valter, 6th in the stage, won the Maglia Bianca. Today, by finishing with Carthy, Vlasov and Yates, 17 seconds behind Bernal, Dan Martin and Evenepoel, he swapped it for a pink one, and made Hungary the ninth new nation in the past decade to take its first the Maglia Rosa, after Bielorussia (2011), Canada (2012), Lithuania (2012), Colombia (2014), Costa Rica (2016), Austria (2017), Ecuador (2019) and Slovenia (2019). 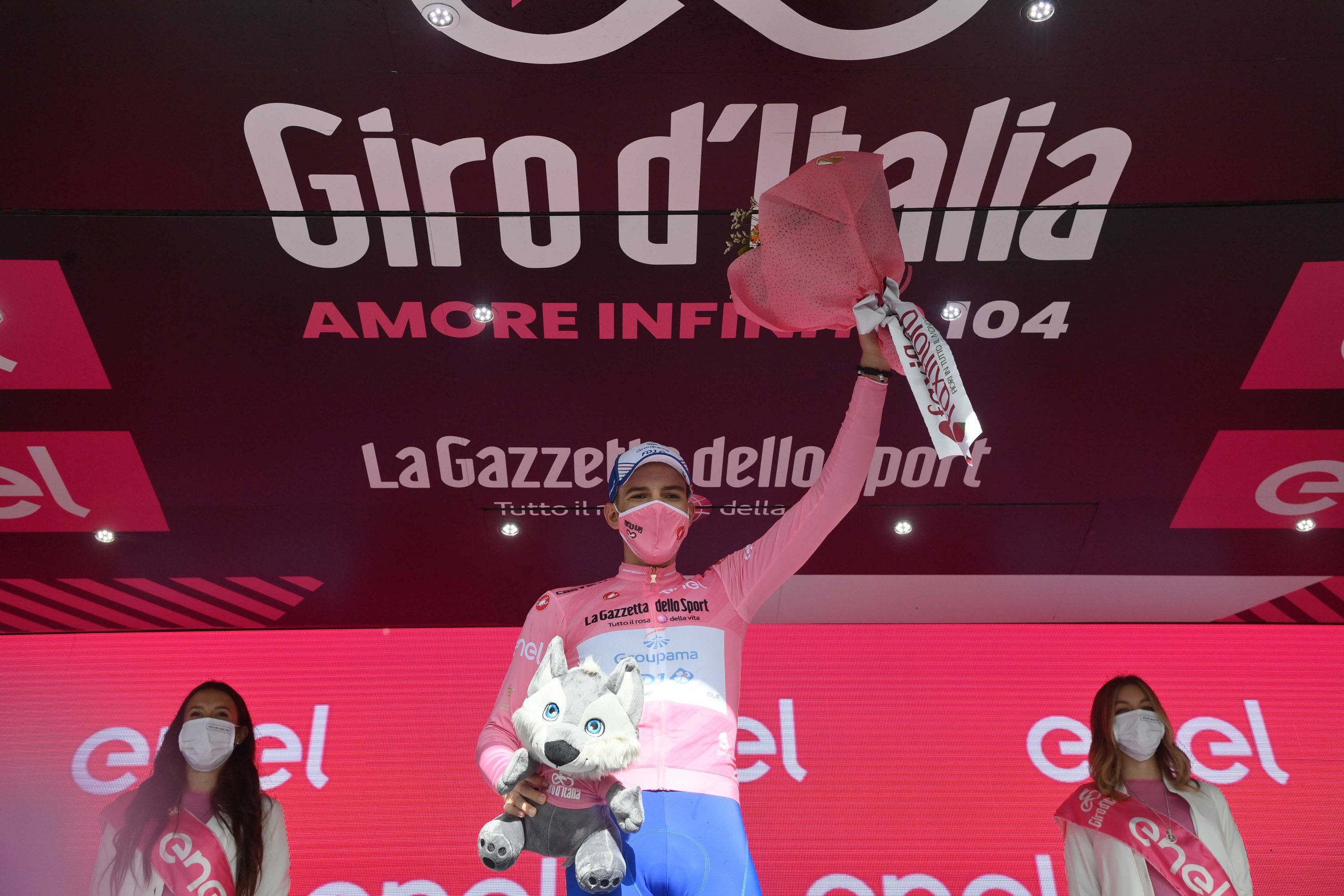 No Remcos or Egans have ever ridden the Giro before (and only one Hugh, the same one). After today’s wet stage, Attila, Remco, Egan and High now lie first, second, third and sixth, with Aleksandr Vlasov, Louis Vervaeke fourth and fifth. It is all change in the Giro.

There were 45 Maglia Azzurra points available today. After Stage 16, which offers 170 of them, or Stage 20 (120), or Stages 17 and 19 (89 point each), today’s first mountain finish will seem a puny challenge. The final climb to San Giacomo will be a distant memory. But we should cherish memory. We are defined by our history, personal and communal. We are caught in cross-pressures by the old and the new, which tear the world apart the way the astonishing Filippo Ganna tore the peloton apart for 50 kilometres today, dispossessing poor Alessandro De Marchi of his treasured Maglia Rosa.

Our supply lines to the past allow us to define our identities. The Giro – the bicycle, that elementary piece of industrial heritage, now designed by F1 engineers and built by robots – helps us balance the cross-pressures. 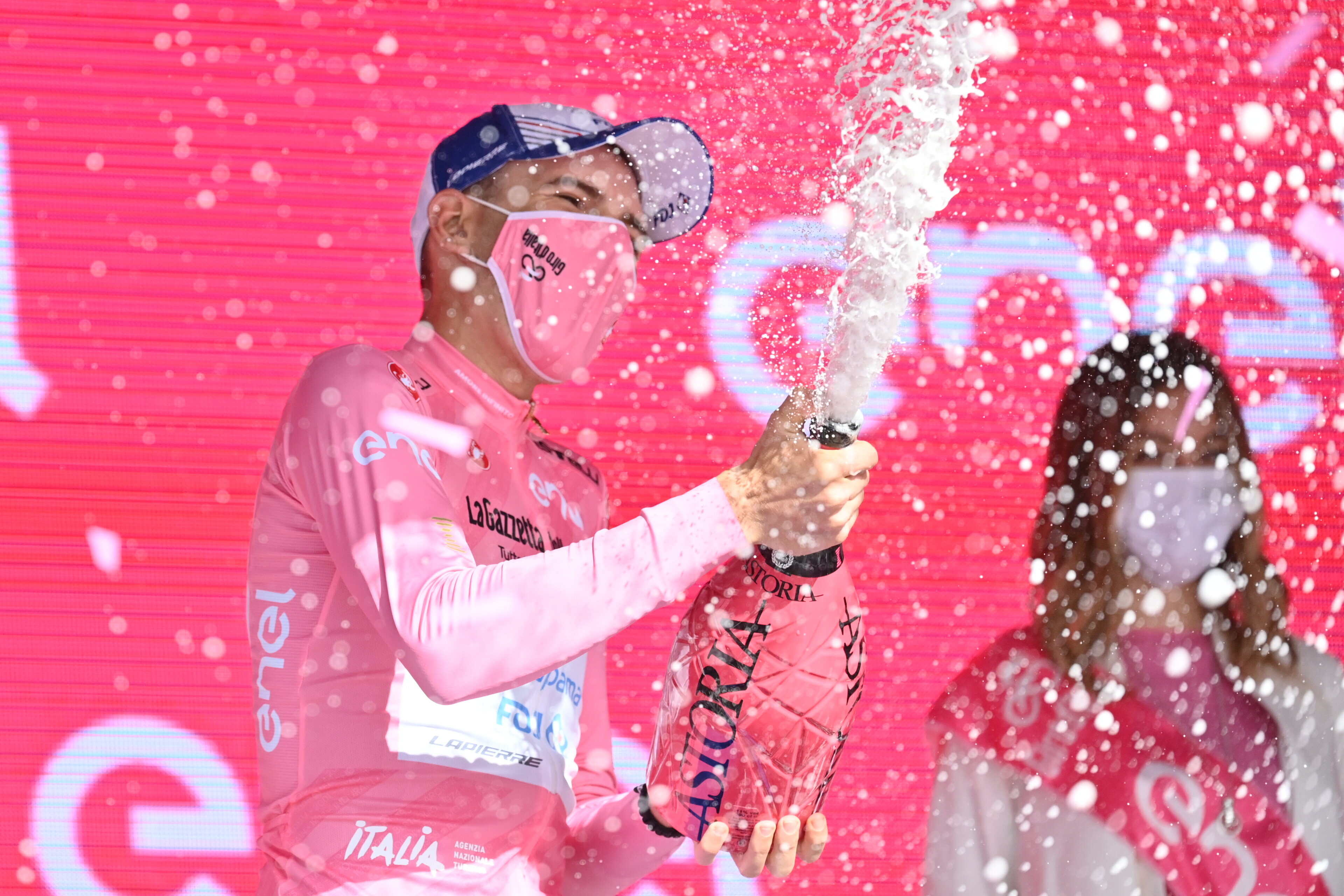