Today’s is certainly not as historic as yesterday’s, but it is still a first. Alberto Dainese, in fact, claimed the first Italian victory in this Giro d’Italia. We were starting to get worried. Here we are at the halfway mark of this Giro Rosa and we still hadn’t seen the Tricolore waving. But today came good news for the Italian movement, not only because one of its riders finally won, but also because it is a young and talented one.

Alberto Dainese, born in Padua in 1998, is one of those riders who has a motor but has yet to find a way to properly show it off. As an U23 – he grew up with the Dutch SEG Racing Academy team and became European champion in 2019 – he had established himself as one of the up-and-coming sprinters to watch out for most once he turned pro, but his apprenticeship was longer than anyone expected. In the first two years of his career he had only achieved one success, in Australia back in January 2020, so it was a good 833 days since the young Padua native had raised his arms to the sky. 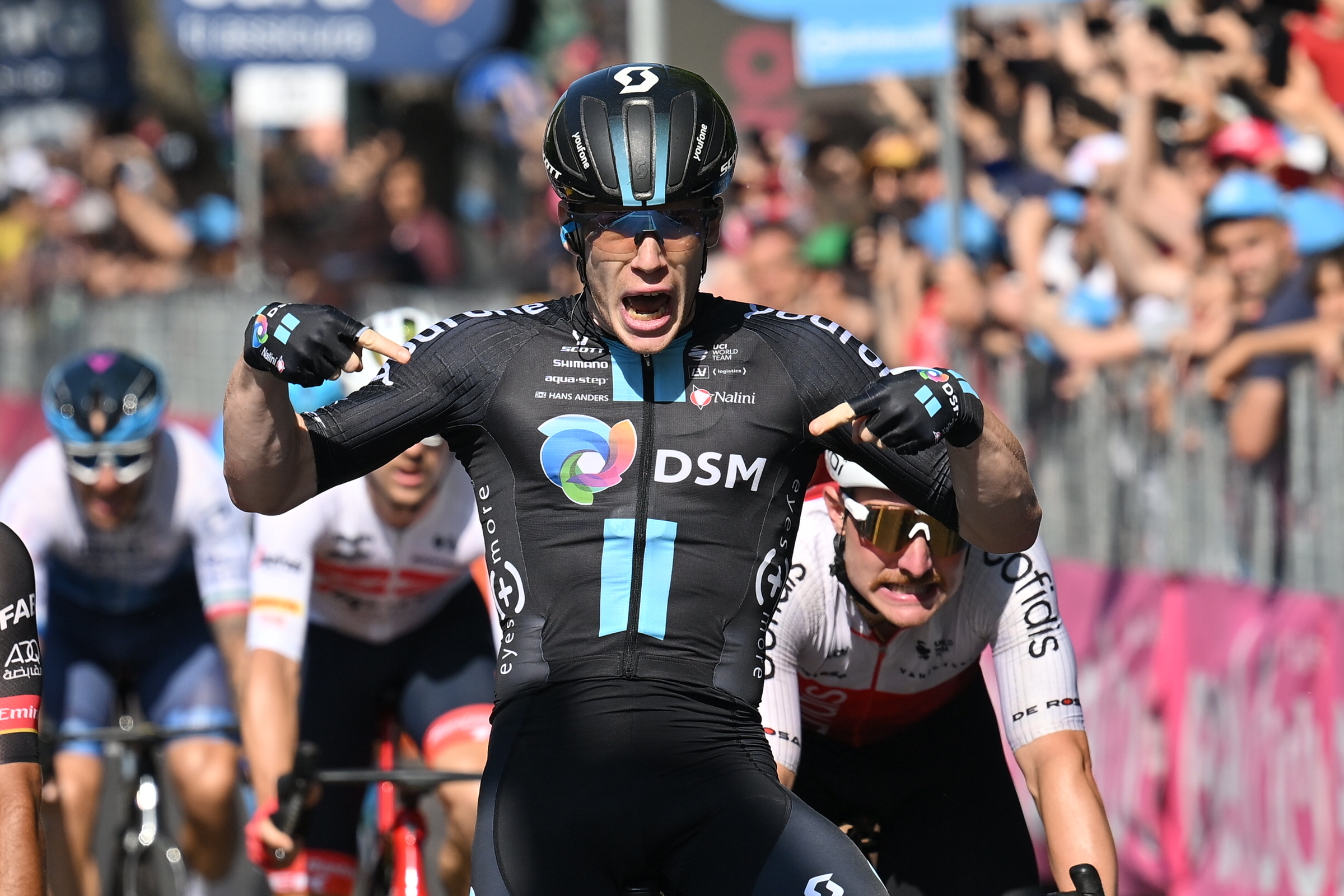 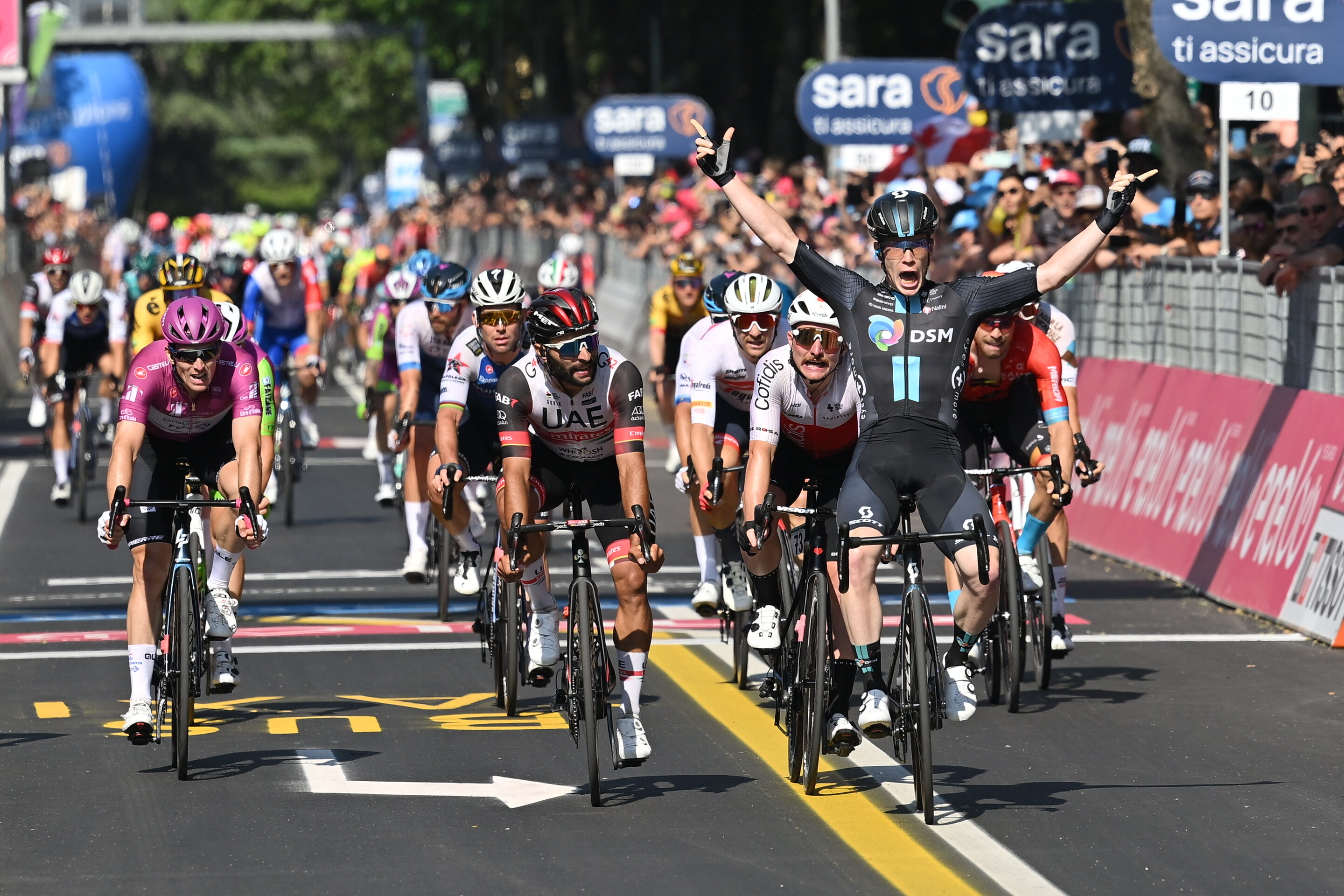 Yet Team DSM continued to believe in him, and today Dainese provided his answer, with a masterful sprint in a comeback over the best sprinters in this Giro d’Italia. At just 24 years old, Alberto is the youngest Italian to win since 2016, when Ciccone won in Sestola at just 21. If we take sprints into account, however, only Andrea Guardini in 2012, at the age of 22, had managed to win at a younger age. In short, Dainese has come out of the blue today, but he certainly doesn’t want to be just another flash in the pan.

‘A sprinter who does not win is quite useless,‘ he said with all honesty as soon as he turned pro. Dainese is one of those athletes who is not afraid to say what he thinks, so much so that he admitted at the time that he was ‘shaking’ at idea of facing the big sprinters in the peloton.

Today, however, he faced them and beat them, at the end of a stage and a sprint that was anything but trivial. In fact, today’s is the 10th fastest stage in the history of the Giro, tackled at 47km/h for a total of 203km. So, to win here is confirmation that you have extraordinary qualities. And if that still wasn’t enough to prove this guy’s skills, look at the sprint from the helicopter shot. With 200 metres to go he had six riders ahead of him, including Démare, Ewan, Cavendish and Gaviria. He overtook them all. Trust us, Dainese is a fine rider. 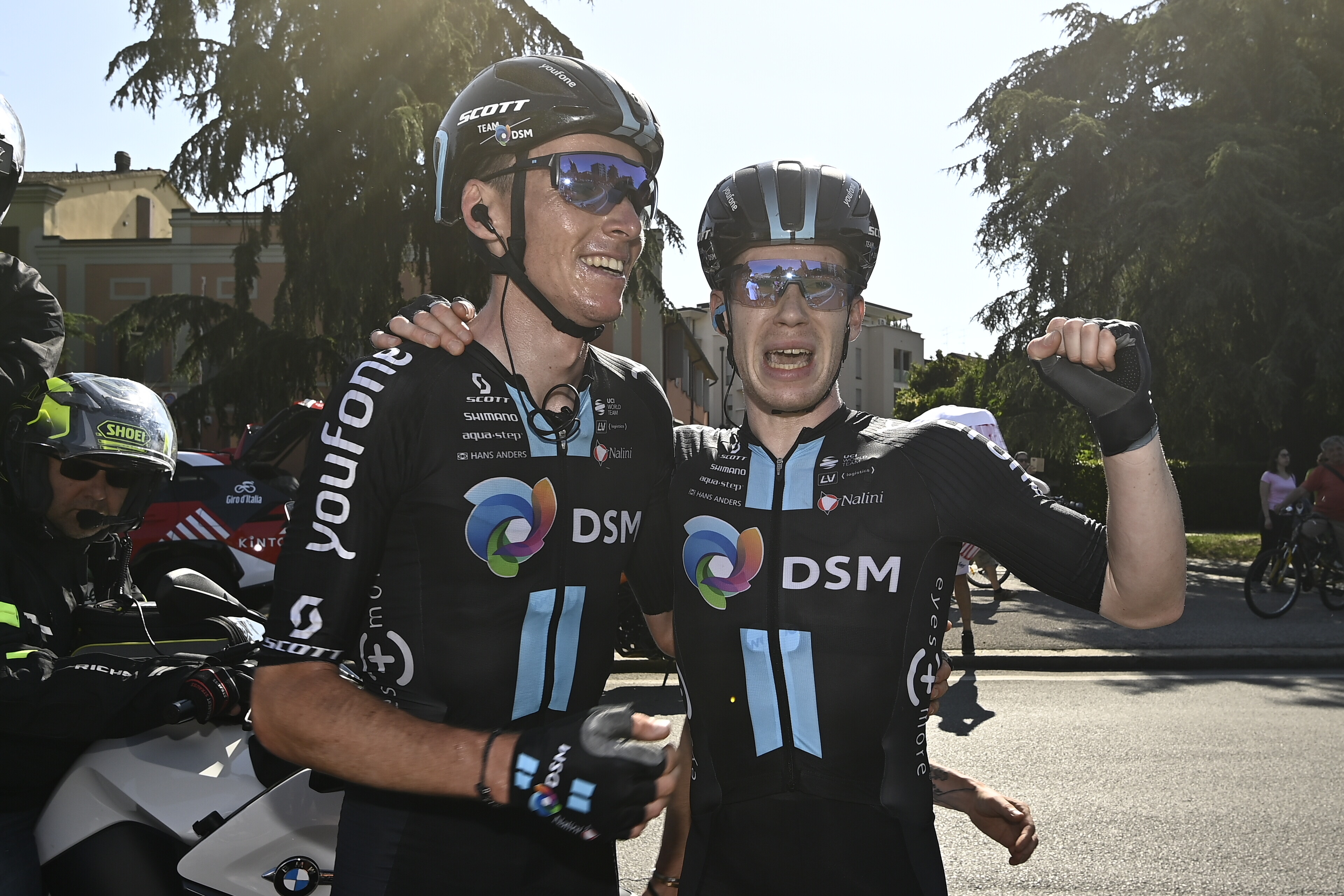