Want to find out all the information about today’s stage of the Giro d’Italia? Every day we inform you about all there is to know.

The route
Complex and demanding city stage. Departure with passage on the finish line which constitutes km 0. It climbs the Posillipo hill to reach Bacoli and complete a loop on the Cumaean coast. Once Bacoli is reached, we tackle four laps of the 19 km Monte di Procida circuit. The circuit has roads in good condition, but with narrow carriageways and continuous changes of direction and gradient. To be noted, once Baia is reached, the sudden 14% gradient that leads to Lago Lucino where, at the end of the fourth lap, we will leave the circuit. Back through Bacoli and Posillipo via the same roads as the outward leg with the long descent of Via Petrarca leading to the city centre and the final kilometres.

Who will be the protagonists?
The course around Campania’s capital city is not easy to interpret. The tortuosity of the course will make life complicated for the sprinters, while it will wink at those riders who happily avoid a bunch sprint. The success of a breakaway cannot be ruled out either, it will depend a lot on who will insert themselves and who will try to keep the race closed. Will Mathieu Van der Poel (Alpecin-Fenix) and Biniam Girmay (Intermarché-Wanty-Gobert) try to put the Maglia Ciclamino Arnaud Démare (Groupama-FDJ) in trouble? 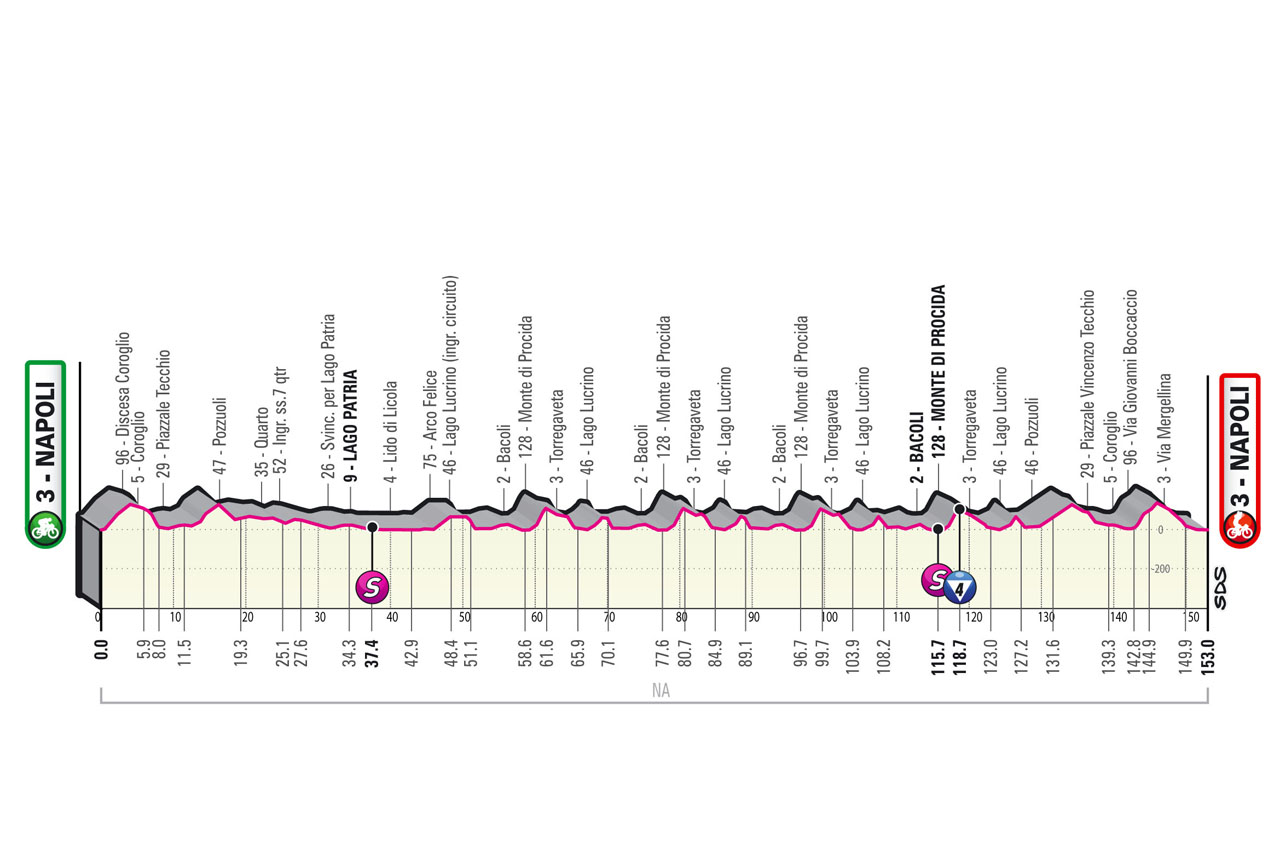 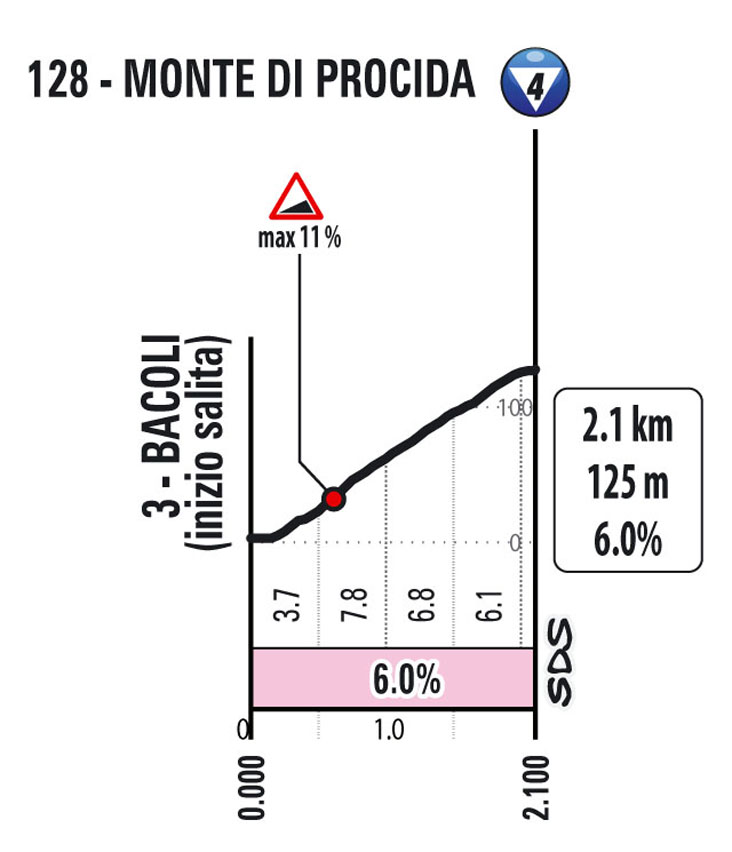 Dowload the official APP  of the Giro d’Italia HERE