Everyone knew it was an ideal stage for a breakaway, and everyone wanted to try, so the very consensus made the breakaway almost impossible to form. It took 52km of hard racing for 8 riders to do so. The presence of Filippo Ganna, all 1m93 and 76 kilos of him, among wiry mountain specialists like Carretero, Conti, Hagen and Zardini – a heavyweight in the ring against so many flyweights – made for the textbook illustration of cycling’s genetic determinism. After all, for a rhinoceros to climb like a mountain goat, he would have to generate impossible amounts of power. In any case, in a world of increasing specialisation, the world time trial and pursuit champion (not to mention world record holder) can hardly be expected to compete against the climbers. 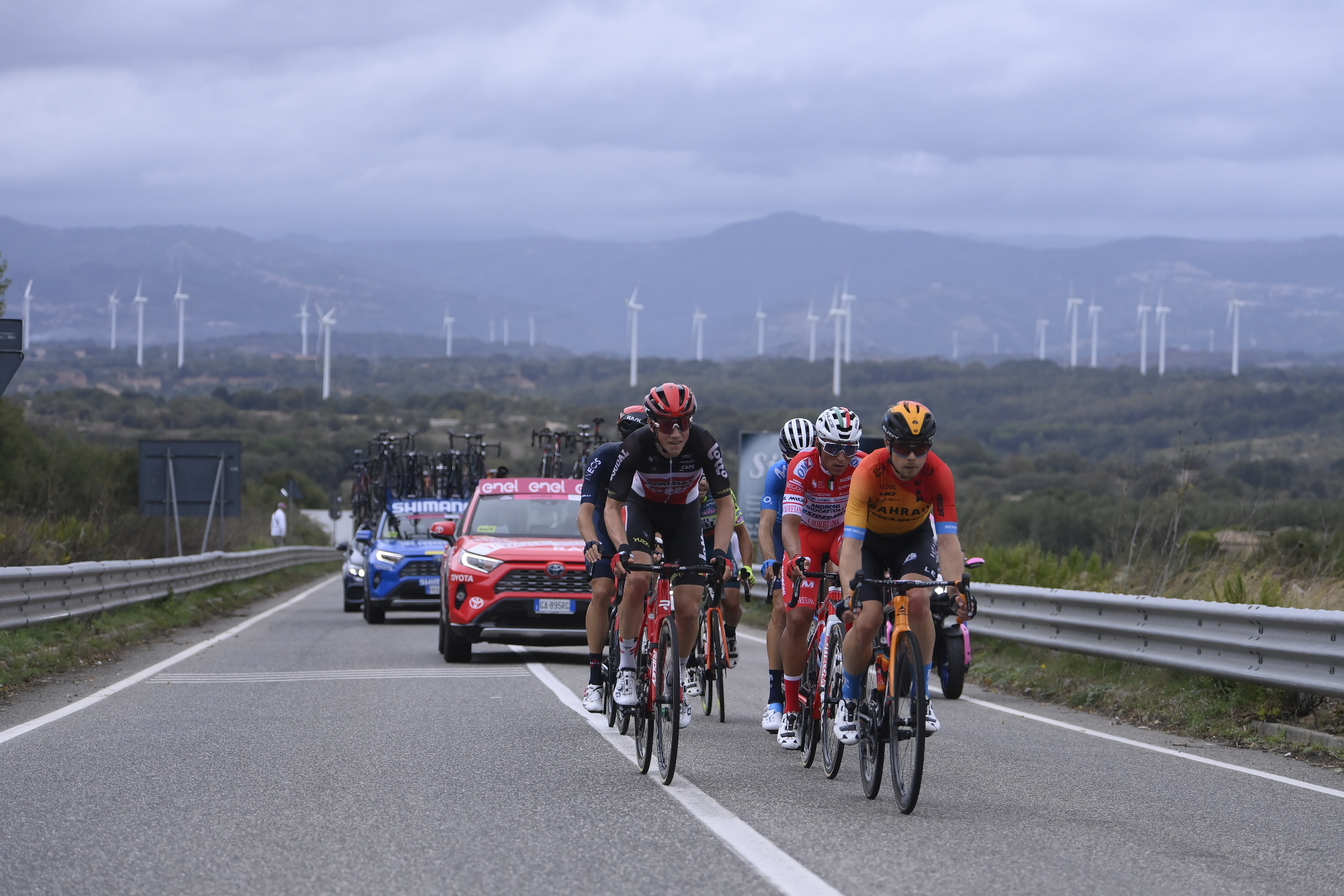 The stage having not an uphill finish as such, but 11.6 km of steep descent to the finish line, it was definitely one for the leaner physiques, so, when Carretero began hectoring the group with his accelerations on the final climb, Ganna got on with the heavy lifting at the front for his lighter team-mate Salvatore Puccio, to such effect that we were reminded how effectively Ganna can climb  when called on to do so. He proved as much on stage 5 of the Vuelta a San Juan Internacional in January, when he finished 5th at Alto Colorado in the same time as Remco Evenepoel. 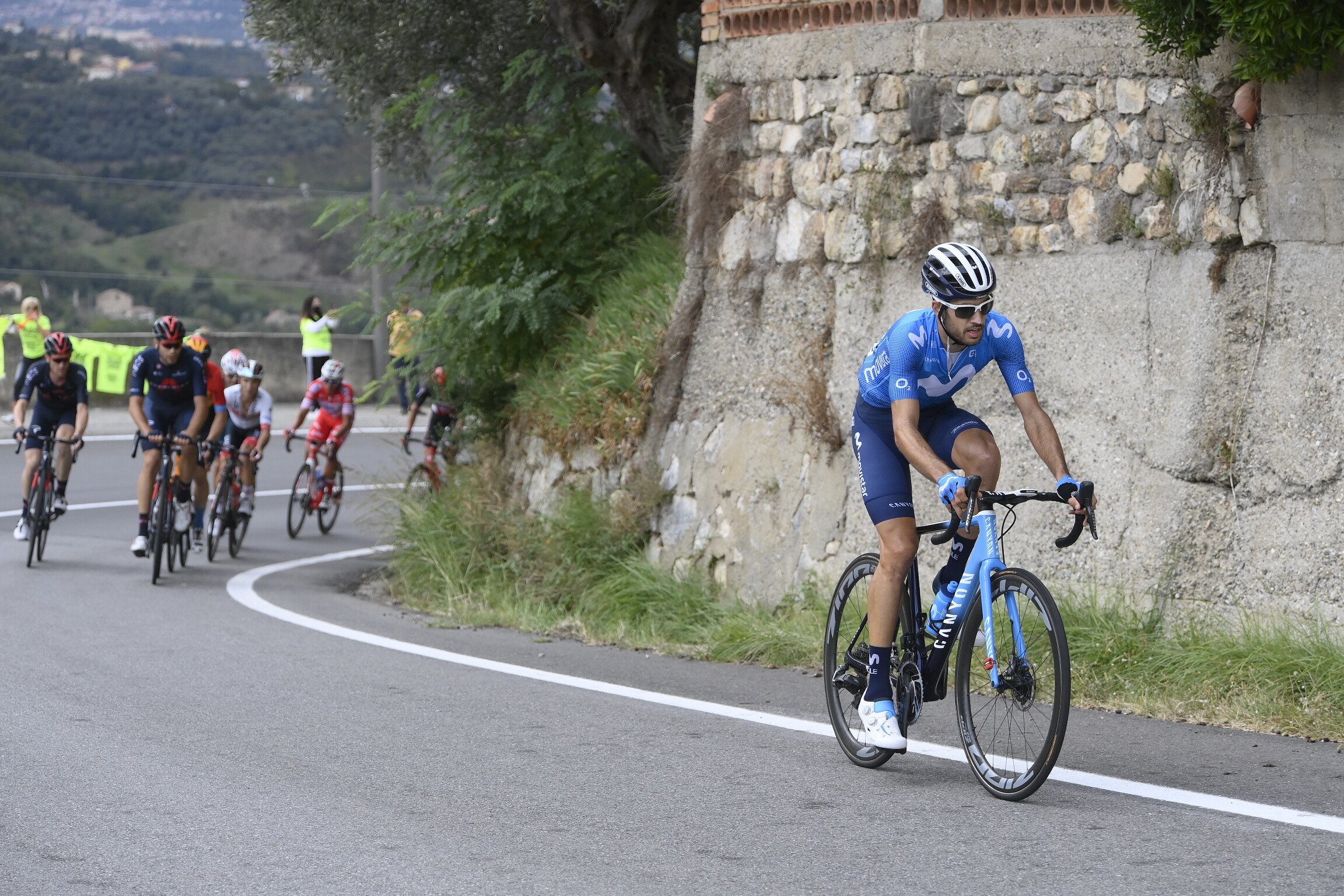 Indeed when, on the steepest section of the climb, Carretero posted his third or fourth acceleration, Ganna’s altruistic labours were so effective that Puccio, instead of profiting from them, dropped back, unable to follow. One by one, Hagen, Conti and Zardini joined him, to be replaced by counter-attackers De Gendt, perhaps remembering his randonnée up the Stelvio in 2012, and Einer Rubio, the young Colombian who grew up 20km from Nairo Quintana. The moment they made the bridge, Rubio attacked. When De Gendt got on his wheel, it looked like the stage win was decided. But suddenly, there was Ganna, who surged past them and in moments, or so it seemed, led them by a minute – and we were transported back to the time of Wiggins, or Indurain, or Anquetil, or even Coppi. 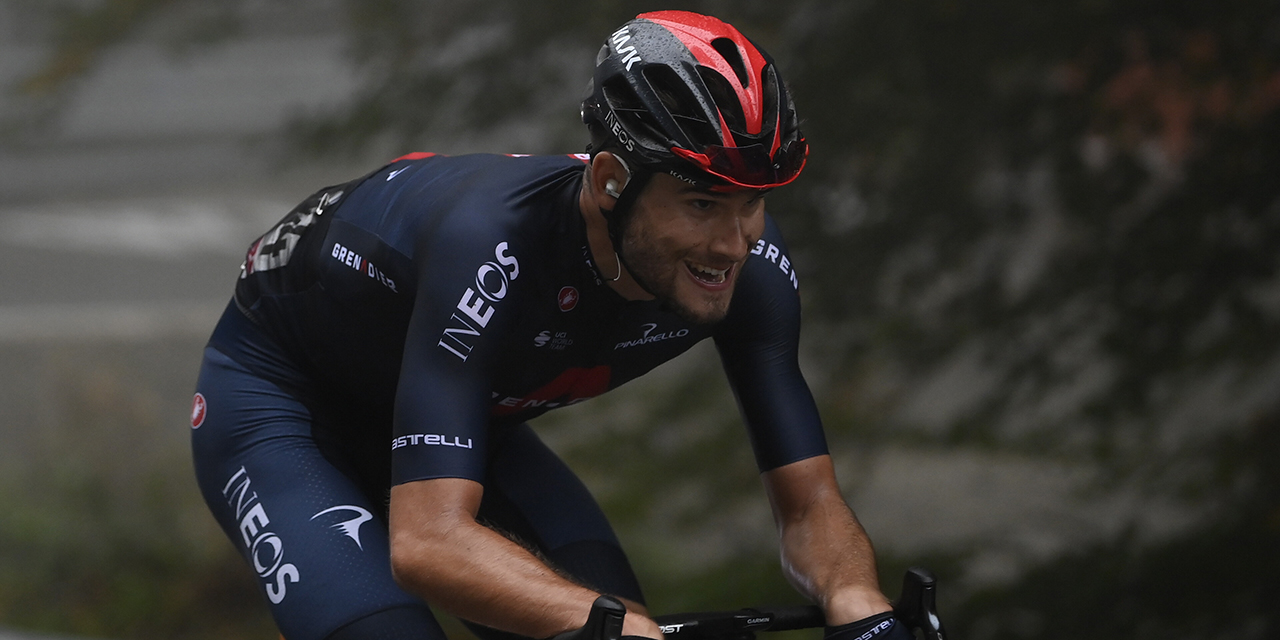 Already the winningest Italian of the season with five victories – next come Diego Ulissi (UAE) and Giacomo Nizzolo (NTT) with 4 wins each – he added his sixth with a long celebration and 34 seconds to spare. And, as if to underline not just the youth of today’s champions, but the sheer range of their skills, João Almeida (DQT), 2nd to Ganna in Saturday’s time trial, finished 3rd to him in today’s mass-start stage. It was the first in-line win of Ganna’s professional career, the last being the Under-23 Paris-Roubaix in 2016, 4 years, 4 months and 8 days before. 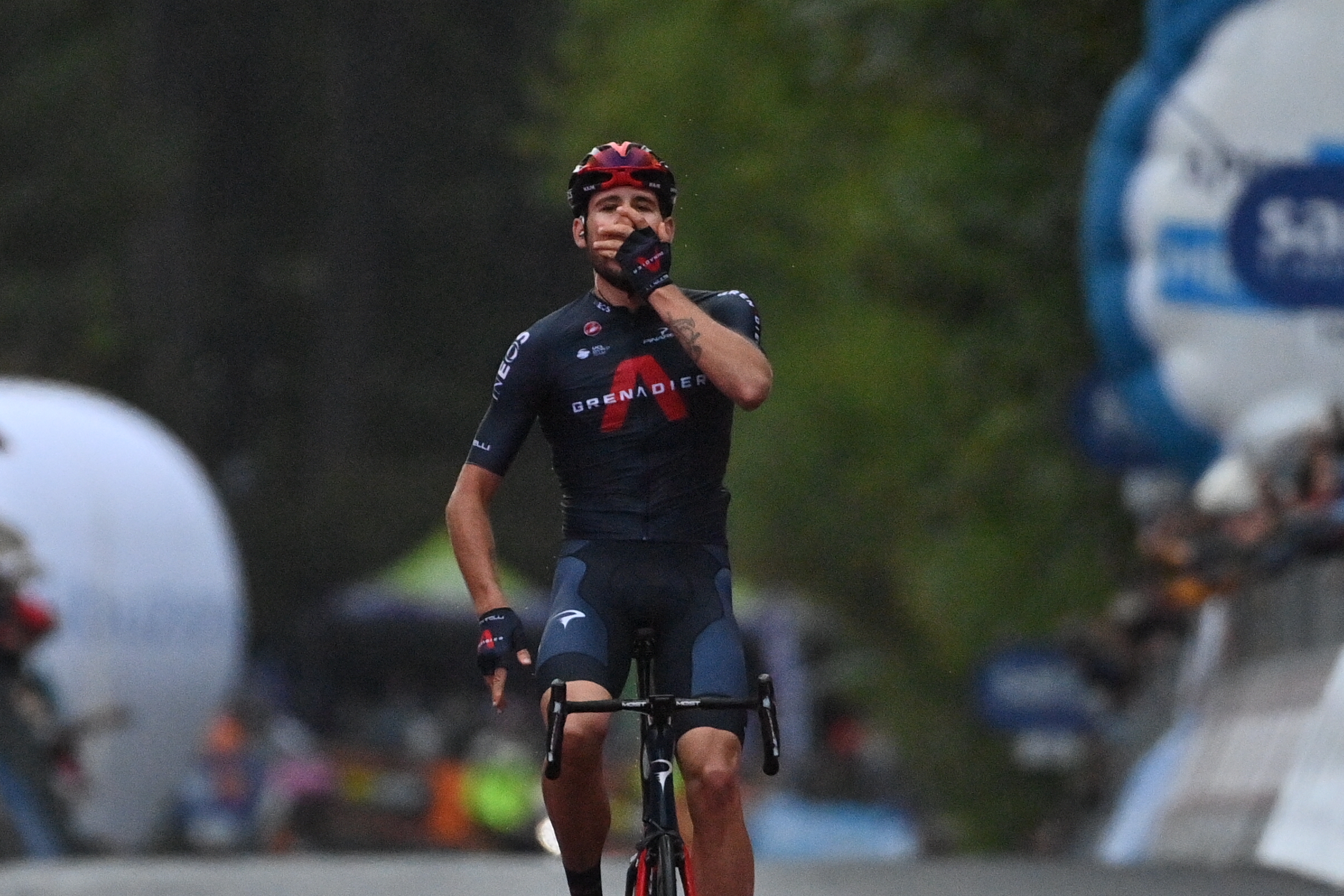 And, if all that wasn’t enough, after winning 1 point at the Category 3 climb at Catanzaro, and 40 points on the Category 1 Valico di Montescuro, Ganna even edged ahead of Jonathan Caicedo to take the mountains jersey overnight, and a generation of certainties dissolved in the mountain chill. 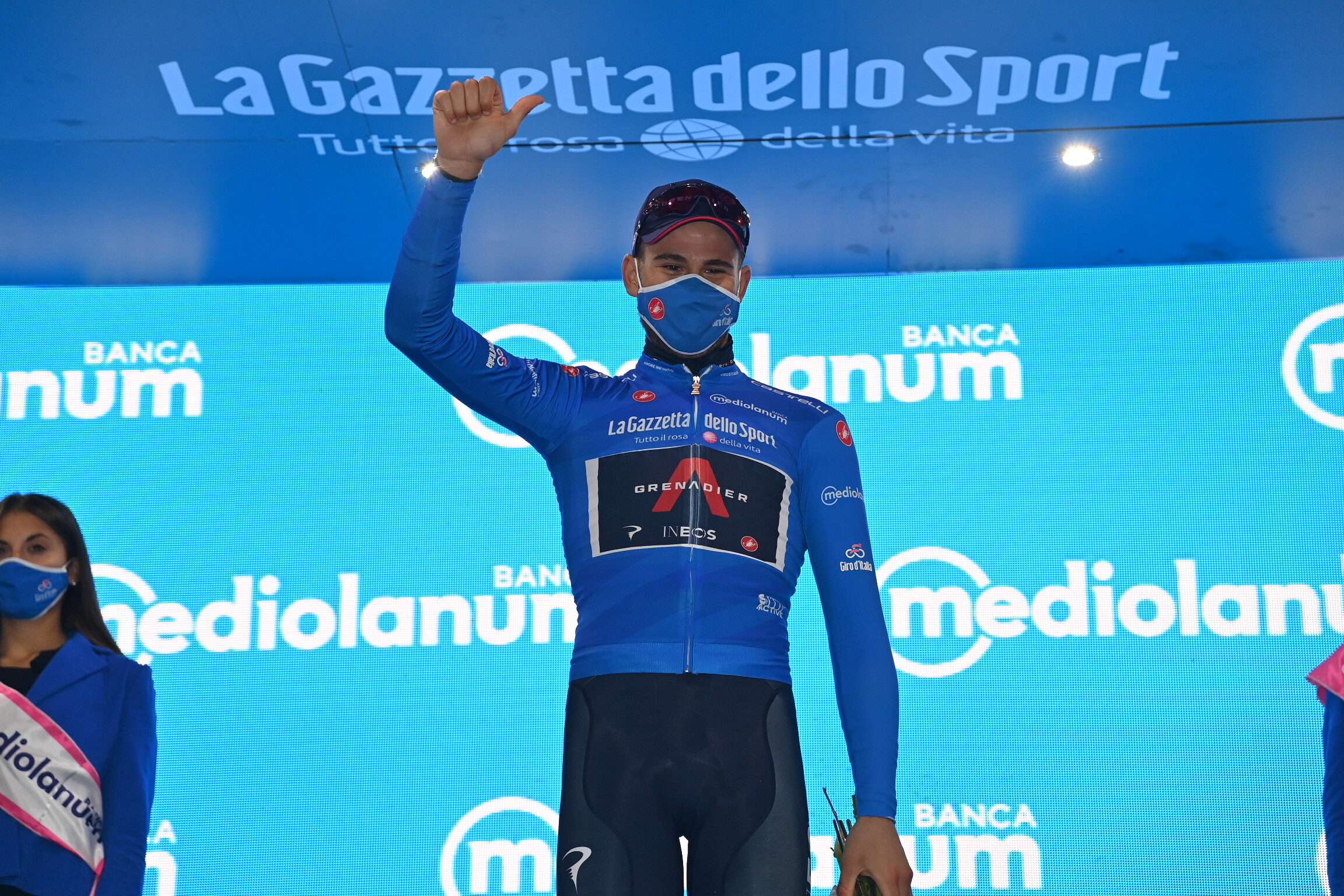