The route
Mountain stage with pitfalls, uphill finish and a border crossing. Departure from Marano Lagunare to ride up the entire lowland area to the moraine hills of Udine between Fagagna and Majano. After crossing Buja we reach the Julian Pre-Alps with the Villanova Caves (short and demanding climb) followed by the Tanamea Pass. Entry into Slovenia through the Uccea Pass, which leads directly to Kobarid (Caporetto). Mount Kolovrat begins there, 10 km practically at 10% (the gradient drops for a very short stretch halfway up). This is followed, after the very short Solarie Pass, by a long falsopiano descent back to Italy. A section entirely inside the forest characterised by an uninterrupted succession of curves. From Cividale del Friuli we attack the climb that leads to the Sanctuary of Castelmonte where the finish line is located.

The last kilometres
Final climb of about 7 km with a short descent after 2.5 km. The two steepest sections (up to 13%) are at the start of the ascent and at the restart after the inner descent. Wide roadway in excellent condition.

Who will be the protagonists?
The stage could hold more twists and turns than the Aprica and Menador stages did. In fact, the final climb is very explosive, which is why it is easier for small gaps to form between the Top 3 in the general classification, Richard Carapaz (Ineos Grenadiers), Jai Hindley (Bora-hansgrohe) and Mikel Landa (Bahrain Victorious), who have appeared on the same level on the big climbs. If they were to compete for the stage victory, the bonuses at stake could also be decisive in terms of the Maglia Rosa. A big tussle is also expected for the places in the general classification, from 5th to 15th, all of which are now a long way from the Maglia Rosa. Obviously, the arrival of a breakaway cannot be ruled out. 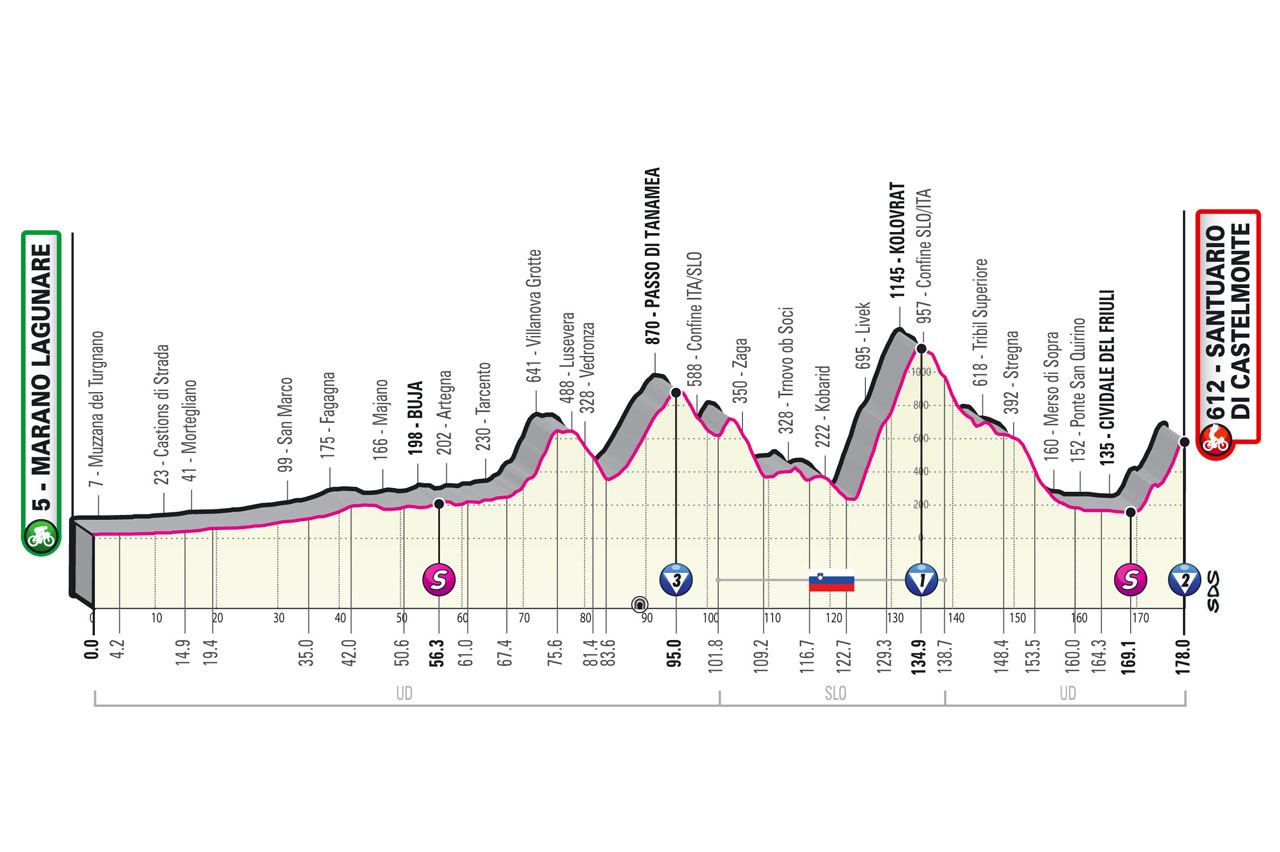 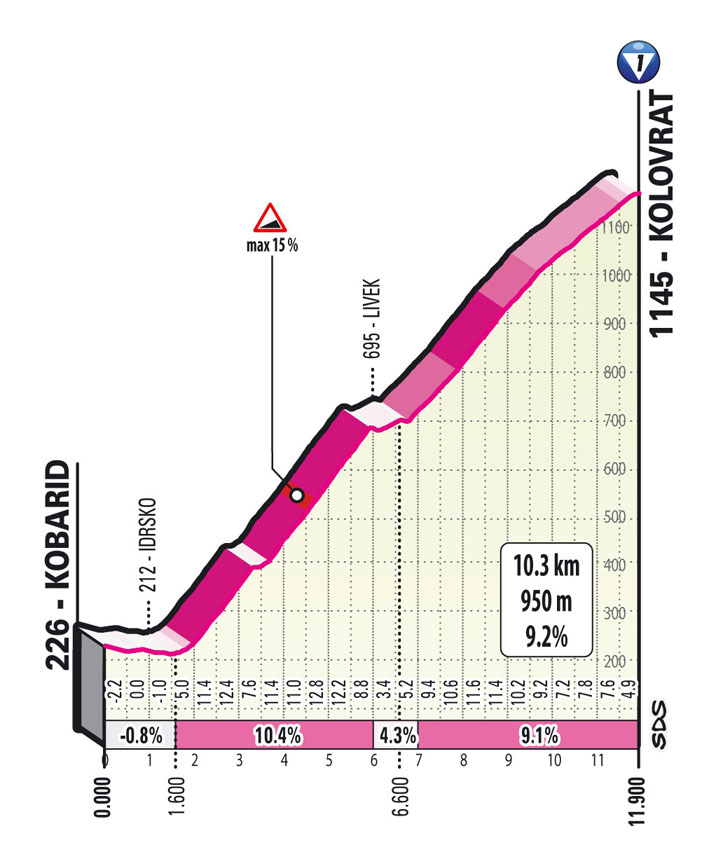 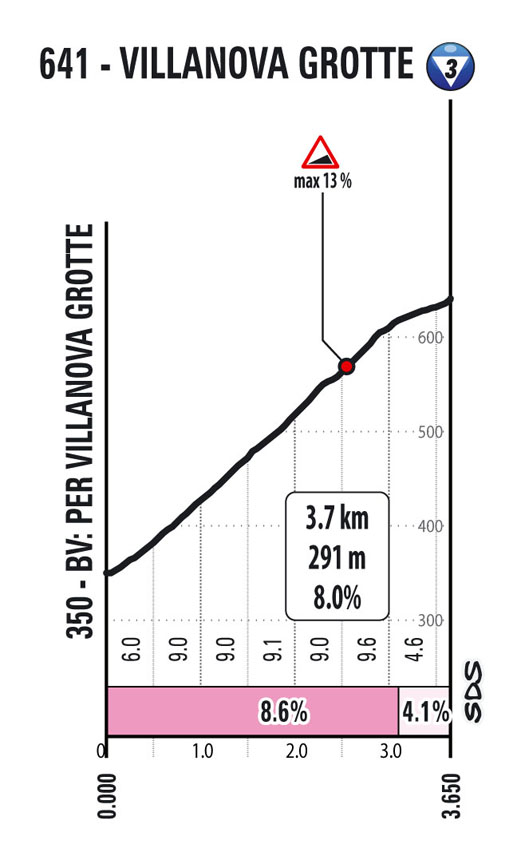 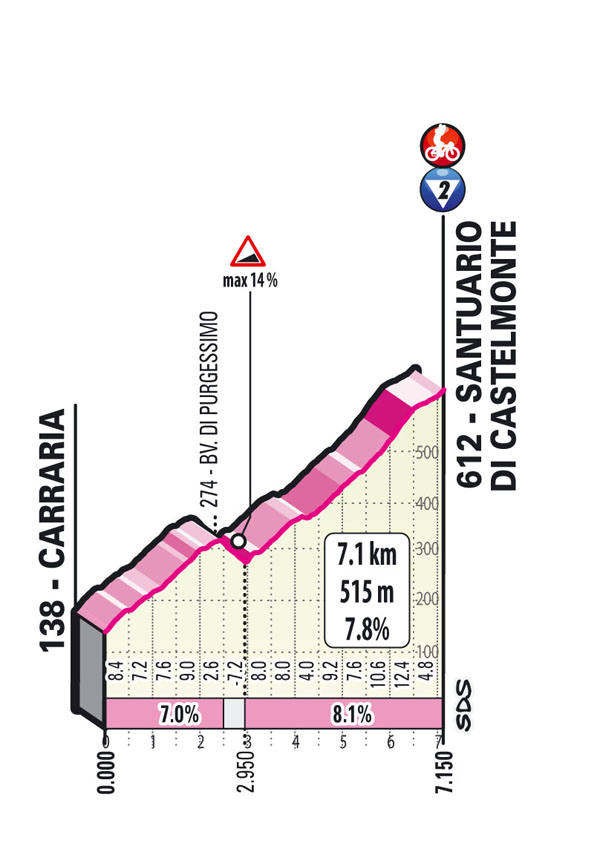 Download the  official APP of the Giro d’Italia HERE