Professional road racing so often seems demanding beyond all reason. Some would say that is the point of it. Stage 19, already the longest day of the Giro at 253 km, had to be extended on 3 October after torrential rain caused a bridge to collapse. The new length, 258 km, was 19 km more than the San Daniele del Friuli stage, the two final circuits of which – however pointless they seemed to those not in contention – will have been thoroughly approved of by the stage winner, Jan Tratnik. This is how cycling is: the winners have no problem with great length or technical descents or extreme climbs. Everyone else sees only danger or madness. As my old Italian teacher used to say, “It’s punti di vista – points of view.” There is no solution.

Asked on the finish line how his day had been, stage winner Josef Cerny (CCC) said, “Definitely not how I expected.” You can say that again: when industrial action by members of the peloton led to the stage being shortened – whatever the rights and wrongs – the organisers were faced with the monumental task of moving the stage start 134 kilometres from Morbegno to Abbiategrasso. When the stage finally started – at 124 km, plus the 11 km already ridden, still 5 km shorter than the shortest scheduled stage, Catania to Villafranca Tirrena on day 4 (140 km) – the pace was breakneck from the start, and Simon Pellaud (ANS) went from flagdrop. Victory in both intermediate sprints gave him an insuperable lead in the hotspot sprints competition. Groupama-FDJ had no interest in chasing: at the stage start, it was theoretically still possible for Sagan to overhaul Démare in the Maglia Ciclamino competition. At the stage stage finish, it still was – but, of the 52 remaining points, only 12 are realistically within reach of the sprinters, so Démare’s best policy was to let the 15-man breakaway wipe them all out. 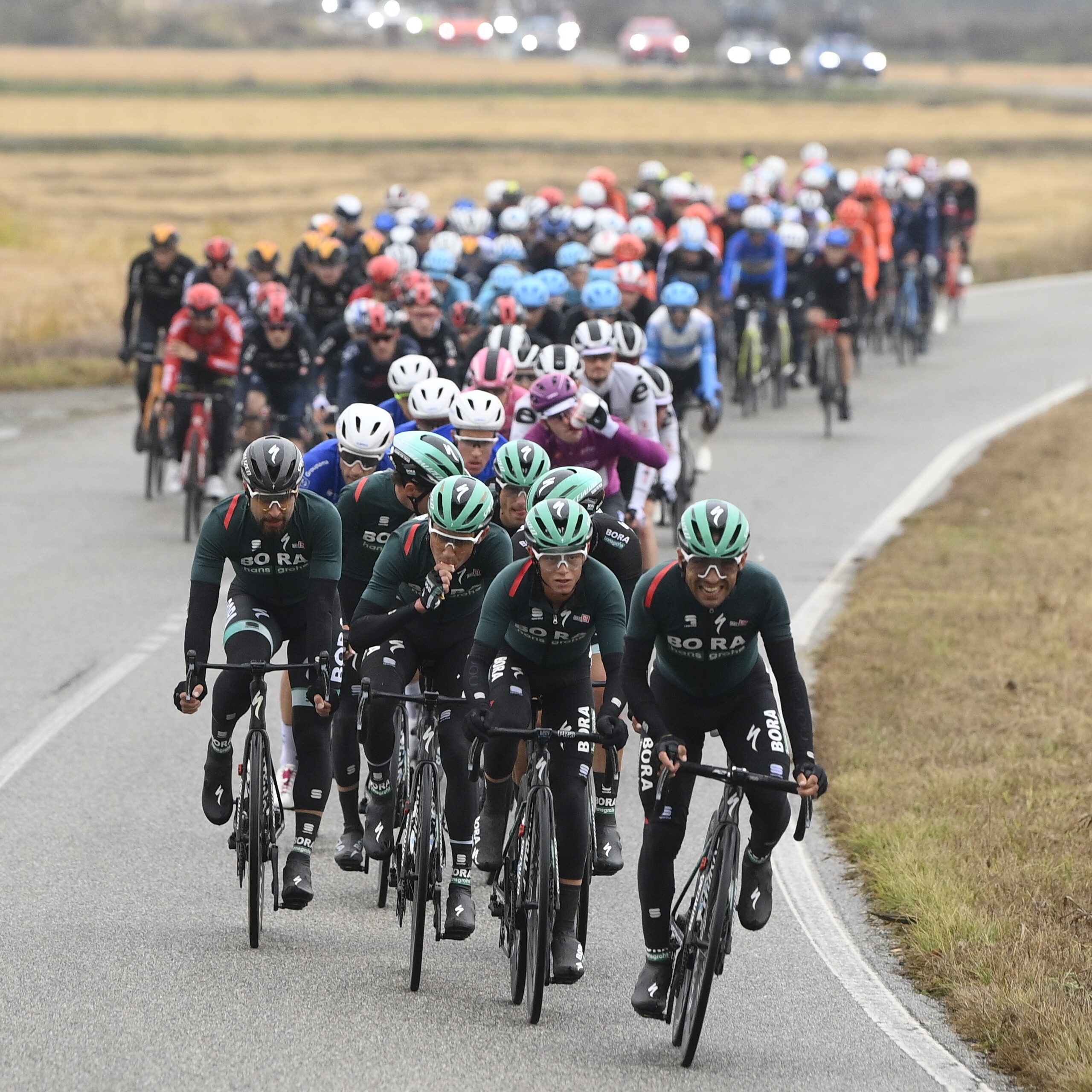 With Dowsett, Campenaerts and Cerny, not to mention power-merchants Iljo Keisse and Sander Armée in the breakaway, and all fifteen working well together, Bora-Hansgrohe rode courageously to keep the gap down to 1’29”. But they were burning out the very riders Sagan would need to help him if it came down to a sprint. So, with 56.7 km to go, they sat up, and gap ballooned to 10’50” with 25 km to go. 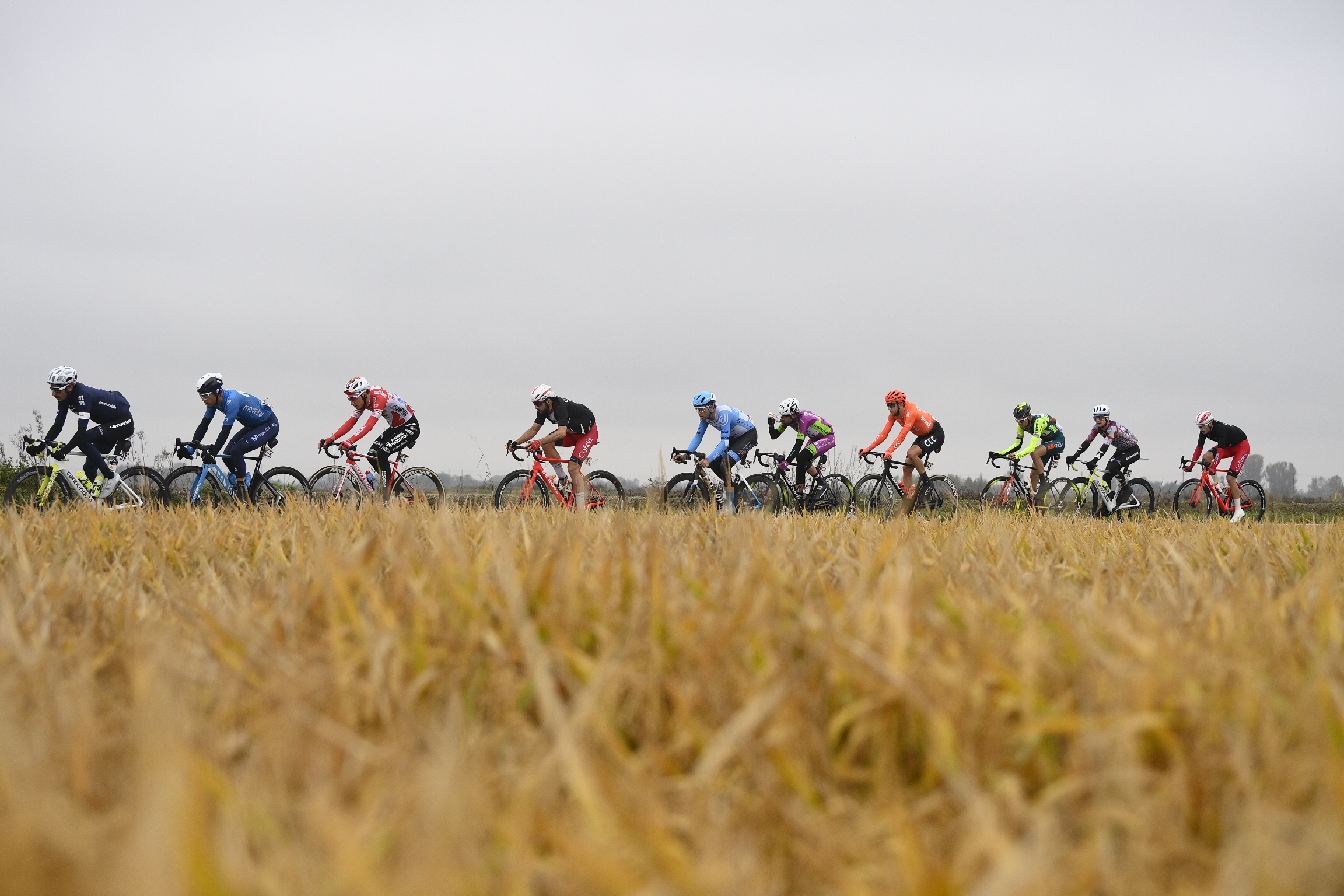 “I was lucky in the breakaway, we were working together, and in the final it was just who had better legs.”

So, with the Maglia Azzurra sewn up mathematically, and the Ciclamino as good as, only the Maglia Rosa and Maglia Bianca are still to be decided  – and it is not beyond the realm of poossibility that the winner of the latter will also be the winner of the former. The final two stages will decide. 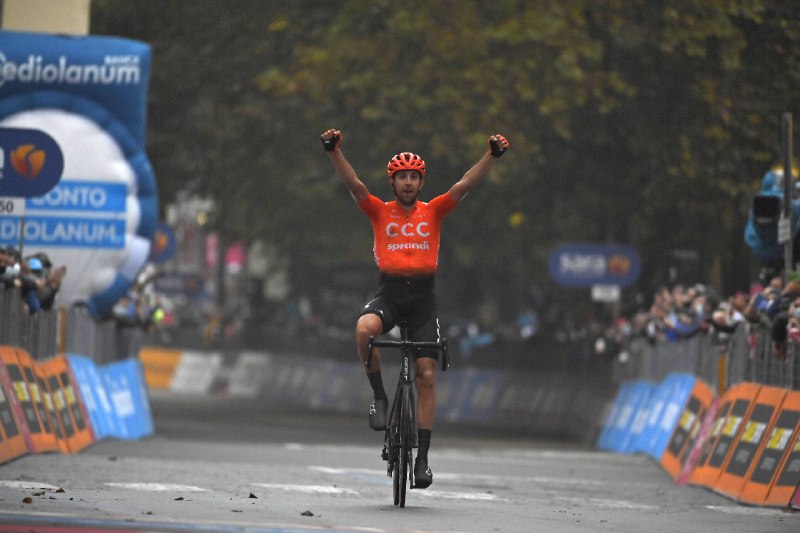