The route
Valle d’Aosta Alpine stage. First part all through Canavese and the valley of the Dora Baltea to the gates of Aosta where three long climbs Pila, Verrogne and the final ascent to Cogne are linked. All three are over 10 km on wide roads in good condition interspersed with numerous hairpin bends. Descents are structurally similar with sections suitable for high speeds. Final climb of over 22 km with the first demanding part that then turns into a very long falsopiano to the finish.

Last kilometres
Last 4 km from the centre of Cogne (short cobbled section) to the finish all around 2.5% (short more demanding section just outside Cogne). The final road is 300 m entirely on asphalt.

Who will be the protagonists?
After yesterday’s great effort, it should not be surprising to see a breakaway reach the finish line. In terms of the Maglia Azzurra, worn by Diego Rosa, there could be a big battle as there are two first category KOMs and a second category one that leads to the finish. The last climb is very pedalable, which is why the men in the rankings, if they want to try and shake things up, will have to move up one of the previous climbs. After the show they put on in Turin, Bora-hansgrohe could try again today, but it cannot be ruled out that they could go for a stage win with Lennard Kaemna or Wilco Kelderman. Yesterday’s disappointed riders, for example Guillaume Martin (Cofidis) or Lorenzo Fortunato (Eolo-Kometa), could also attack from afar. It is expected to be a very intense first hour of racing, with several riders eager to get in on the day’s attempt. 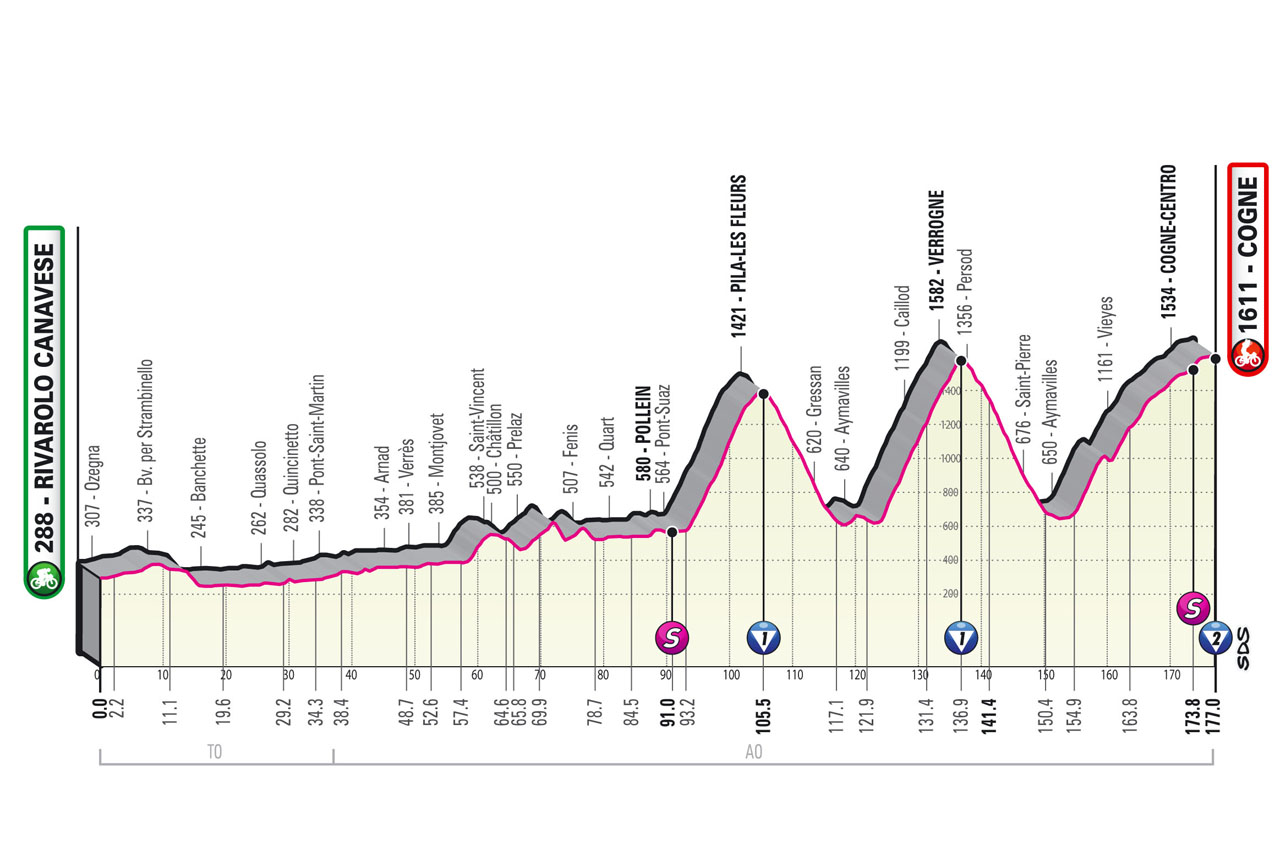 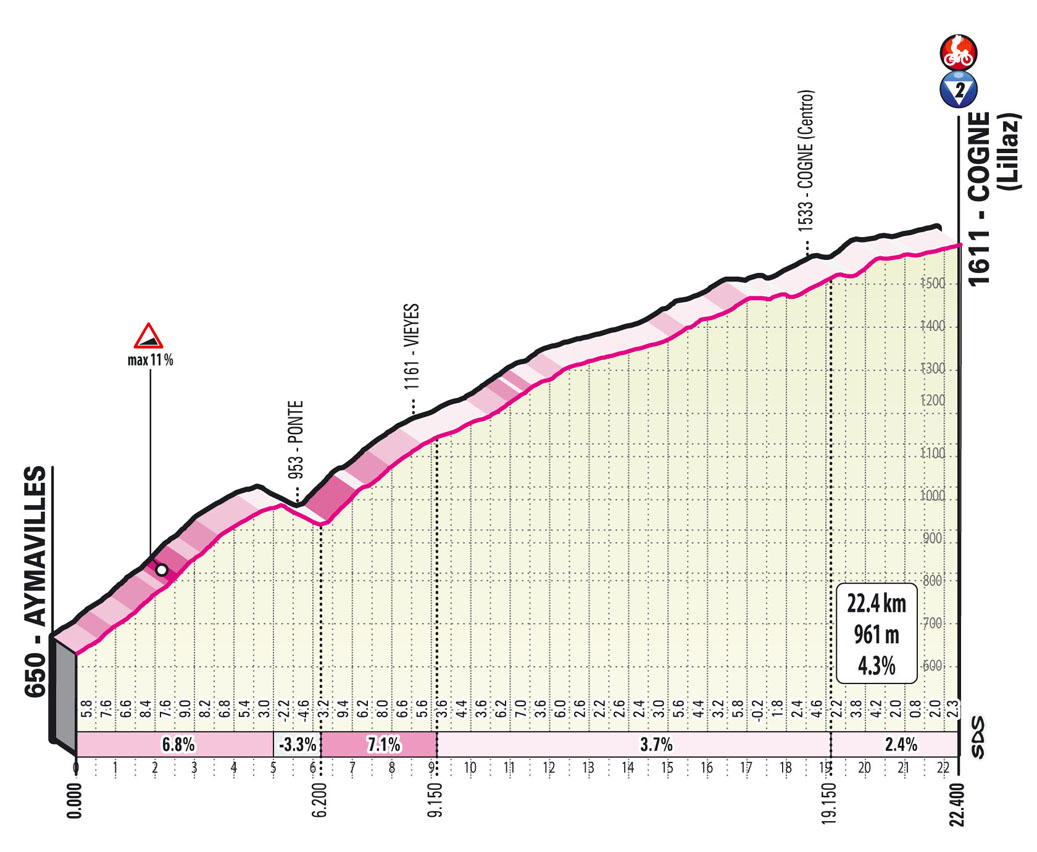 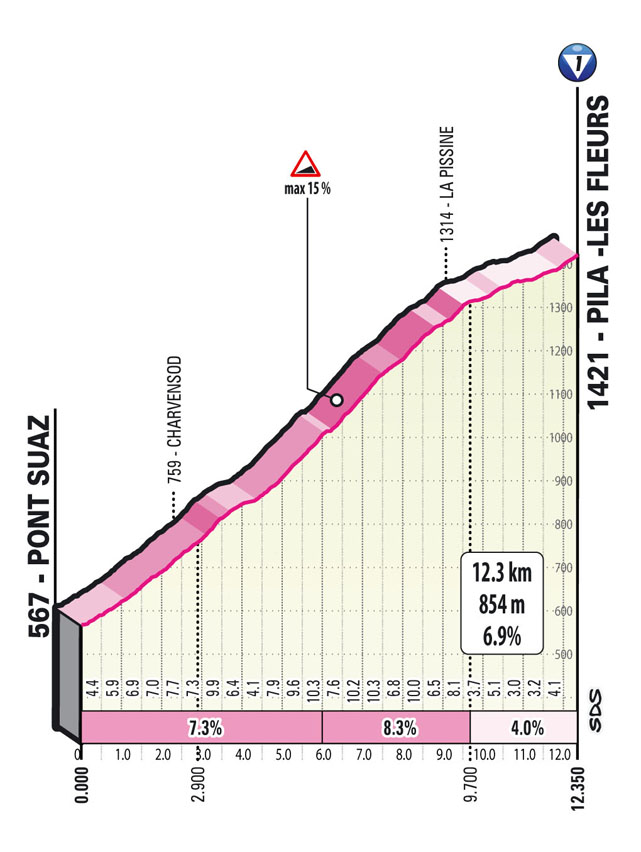 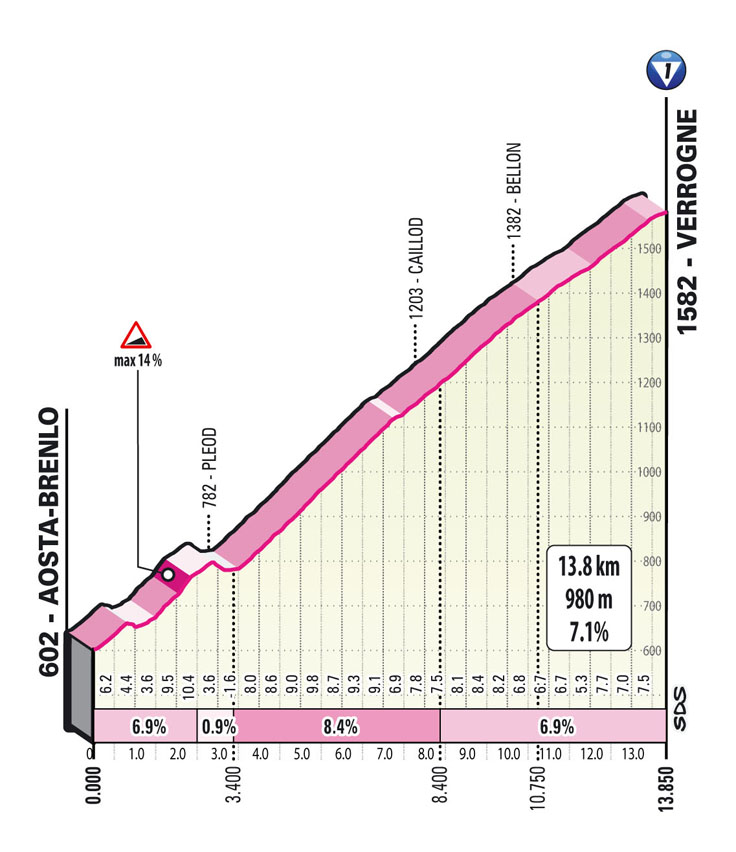 The Giro d’Italia leader jerseys are produced with SITIP fabrics and designed by CASTELLI.

Download the official APP of the Giro d’Italia HERE