Colle di Superga, Colle Maddalena and the Parco del Nobile climb packed into 36 km. Most of which to be tackled twice. A short stage, but without a metre to catch a breath. It was bound to be a great show and so it turned out to be. The first hour was covered at an insane pace and then, as soon as the Turin circuit was approached, the race exploded, with Bora-hansgrohe determined to check the temperature of all rivals. The German team wouldn’t even wait for the Colle di Superga to set the peloton on fire; Alejandro Valverde (Movistar), Thymen Arensman (Team DSM) and Guillaume Martin (Cofidis) immediately gave in, and with 75 km to go there were only 12 heroes left in the front group, namely Wilco Kelderman, Emanuel Buchmann, Jai Hindley (Bora-hansgrohe), Richard Carapaz (Ineos Grenadiers), Vincenzo Nibali (Astana Qazaqstan), Mikel Landa, Pello Bilbao (Bahrain-Victorious), Jan Hirt, Domenico Pozzovivo (Intermarché-Wanty-Gobert), Simon Yates (BikeExchange-Jayco), Juanpe Lopez (Trek-Segafredo) and Joao Almeida (UAE Team Emirates).

Wilco Kelderman put cruise control at the head of the wild dozen and led it on Colle Maddalena and Parco del Nobile, all the way to the arrival boulevard in Turin, when the final lap bell rang. On the second climb over the Colle di Superga, it had to be Jai Hindley who changed the pace and so it was; the Australian tried to finish off the splendid work orchestrated by his team, but he was joined by Carapaz, who was in the mood for pink, Nibali, Landa and… wait for it… Juanpe Lopez. The Maglia Rosa staggers, grits his teeth, but sticks with the big climbers. 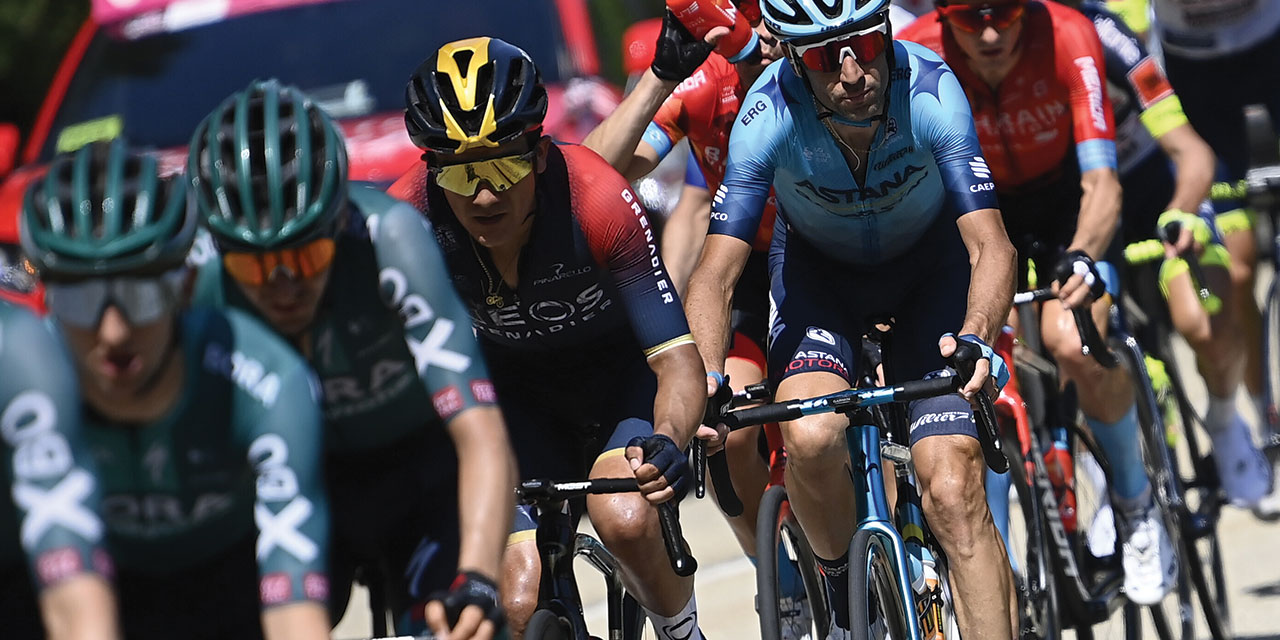 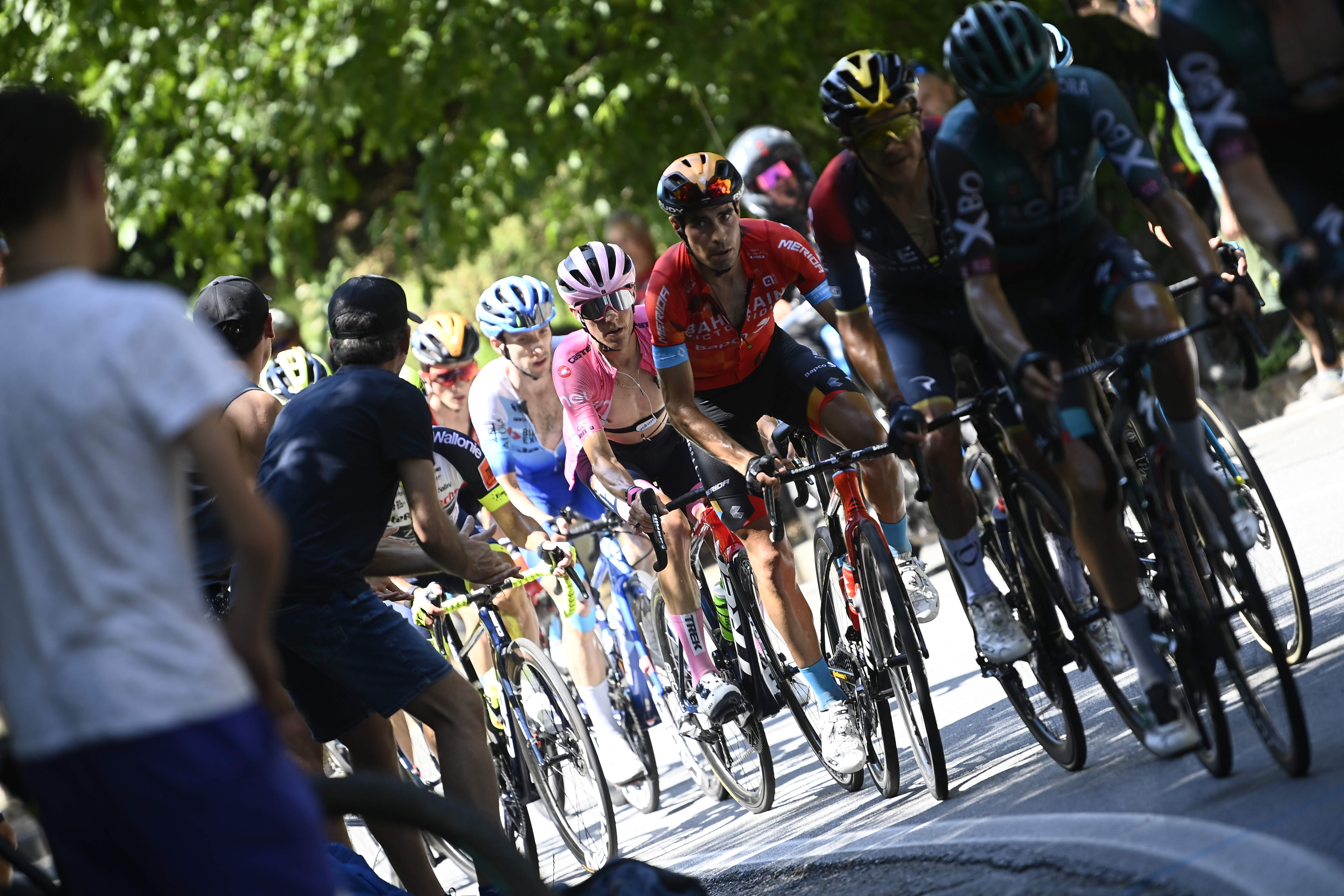 Then, Carapaz, Hindley and Nibali slow down, so almost all the members of the wild dozen come back in, all but Kelderman and Hirt, who have both given it all. In the last kilometre of the climb towards Superga, however, here comes the long-awaited move of Carapaz, the Locomotive of Carchi, who sets off like a thunderbolt and, in a couple of pedal strokes, gains 20″ over the rest of the front riders. On that very moment, challenged by such acceleration, the light goes off in Juanpe Lopez, who loses one, two, three metres and drifts (he will lose 4’25” by the end of the day).

Like a deja-vu of Courmayeur 2019 – stage 14 also on that occasion – Carapaz seems to be heading for the stage win and the Maglia Rosa, but he has yet to deal with the pride and ferocity of a rediscovered Shark Nibali, probably in his best shape in three years. Vincenzo forced his way up the Colle Maddalena, amidst two wings of a roaring crowd, with only Hindley capable of responding. The Australian even manages to relaunch and catch up with Carapaz, while Nibali needs a few hundred metres more to do so. At this point, these are the big favourites for this Giro d’Italia: Richard Carapaz and Jai Hindley. 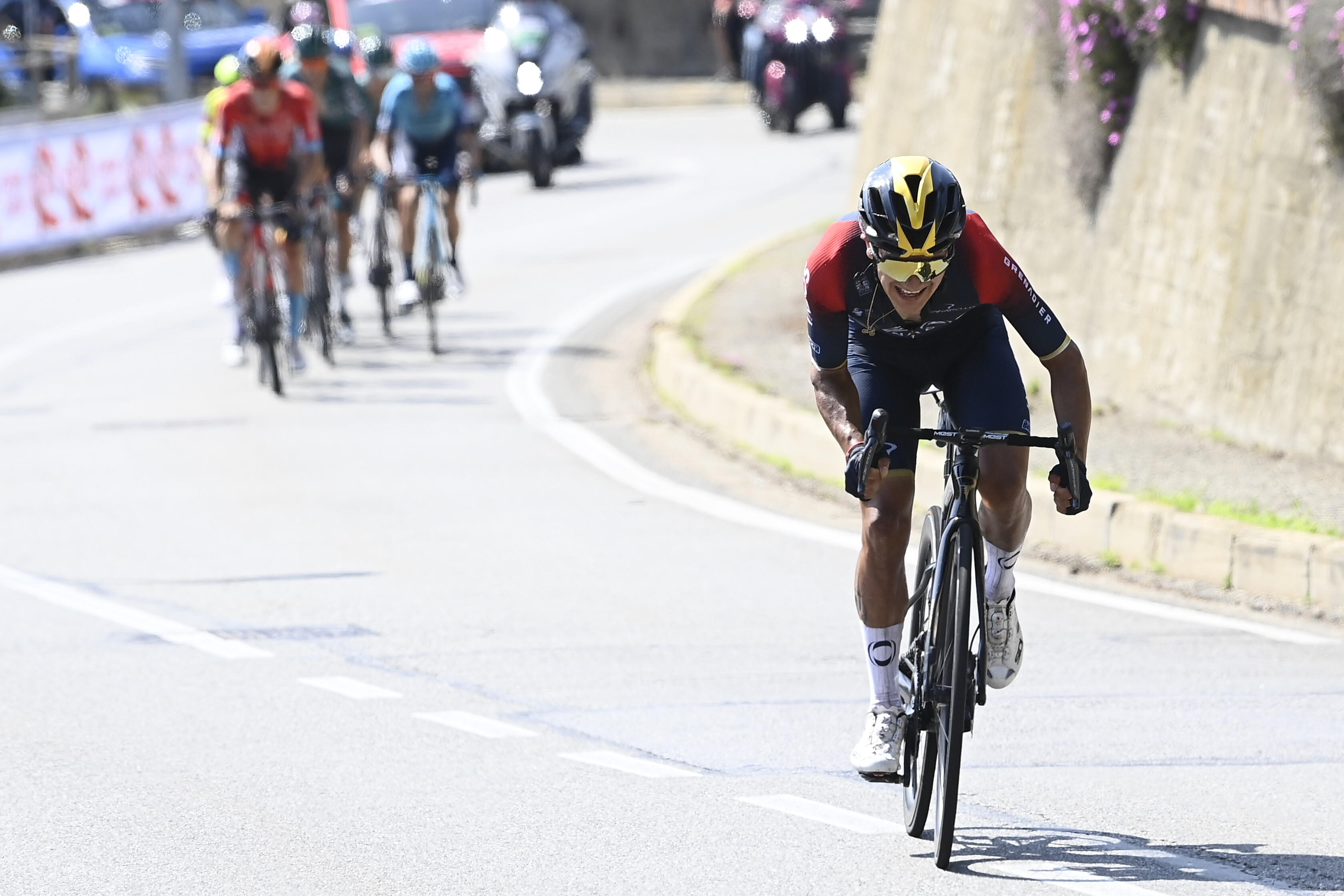 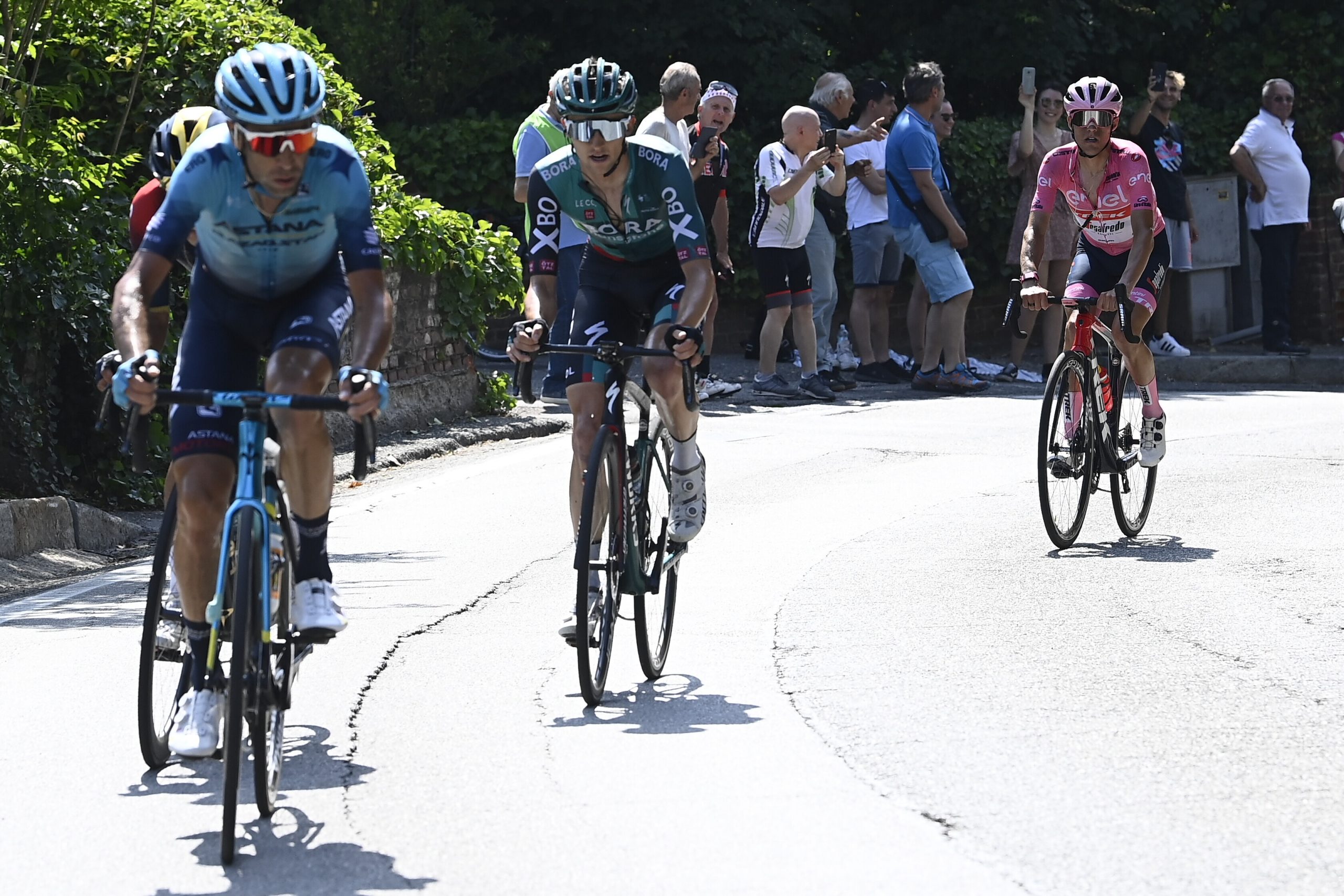 With an insane effort, even the unpredictable Simon Yates catches up with the lead and, on the last asperity of the day, that of the Parco del Nobile, he unleashes a progression that allows him to fly solo towards the finish in Turin. His pink dreams have vanished on the Blockhaus, he knows it and, after the arrival, on his face is all the regret of having missed yet another opportunity, since the leg is that of the best days. But that’s what Simon is like, take it or leave it. In the Maglia Rosa goes Carapaz, but behind him is a pounding Hindley and a suffering but resilient Almeida. Today it was a real battle, but we are still a long way from having a winner. 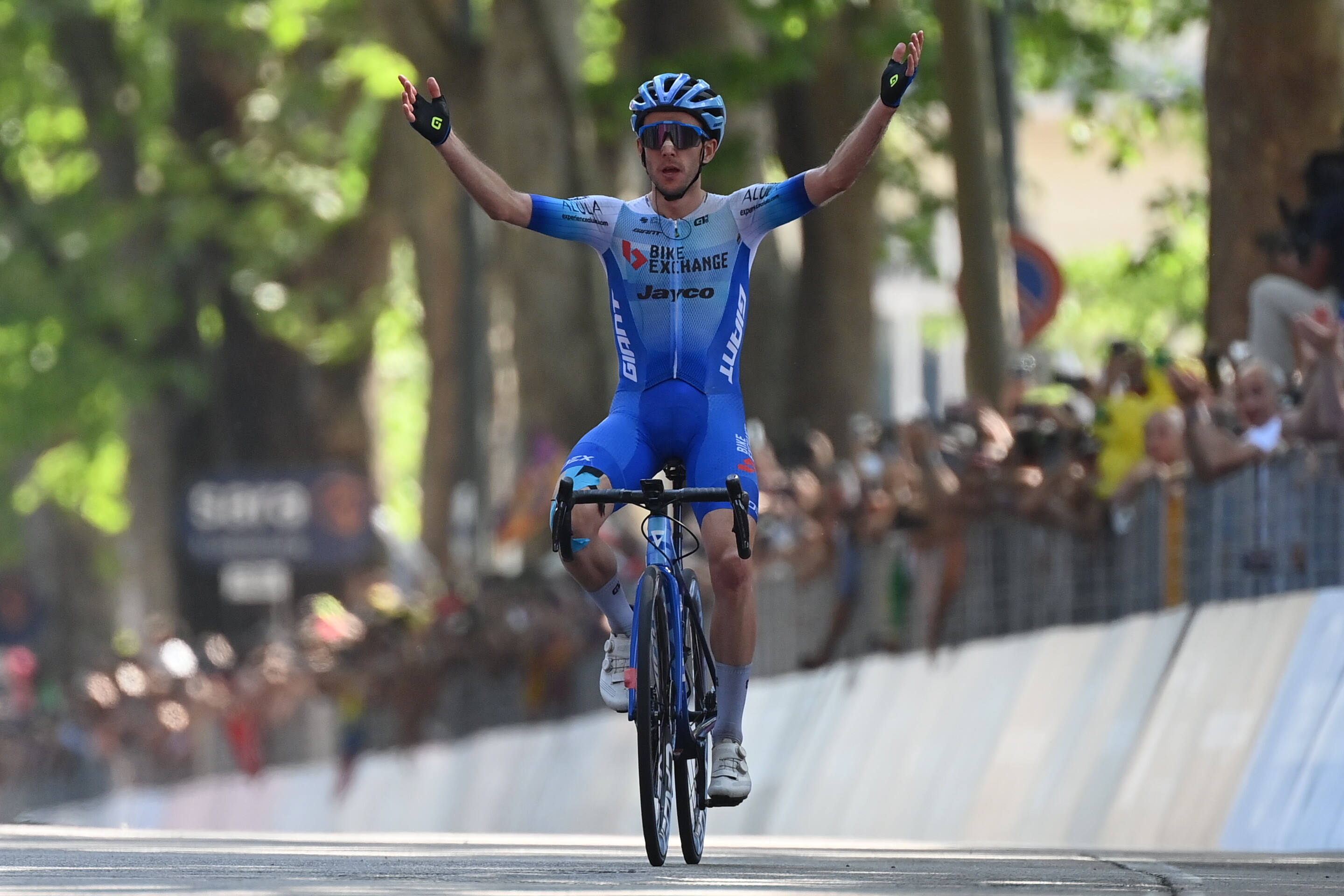 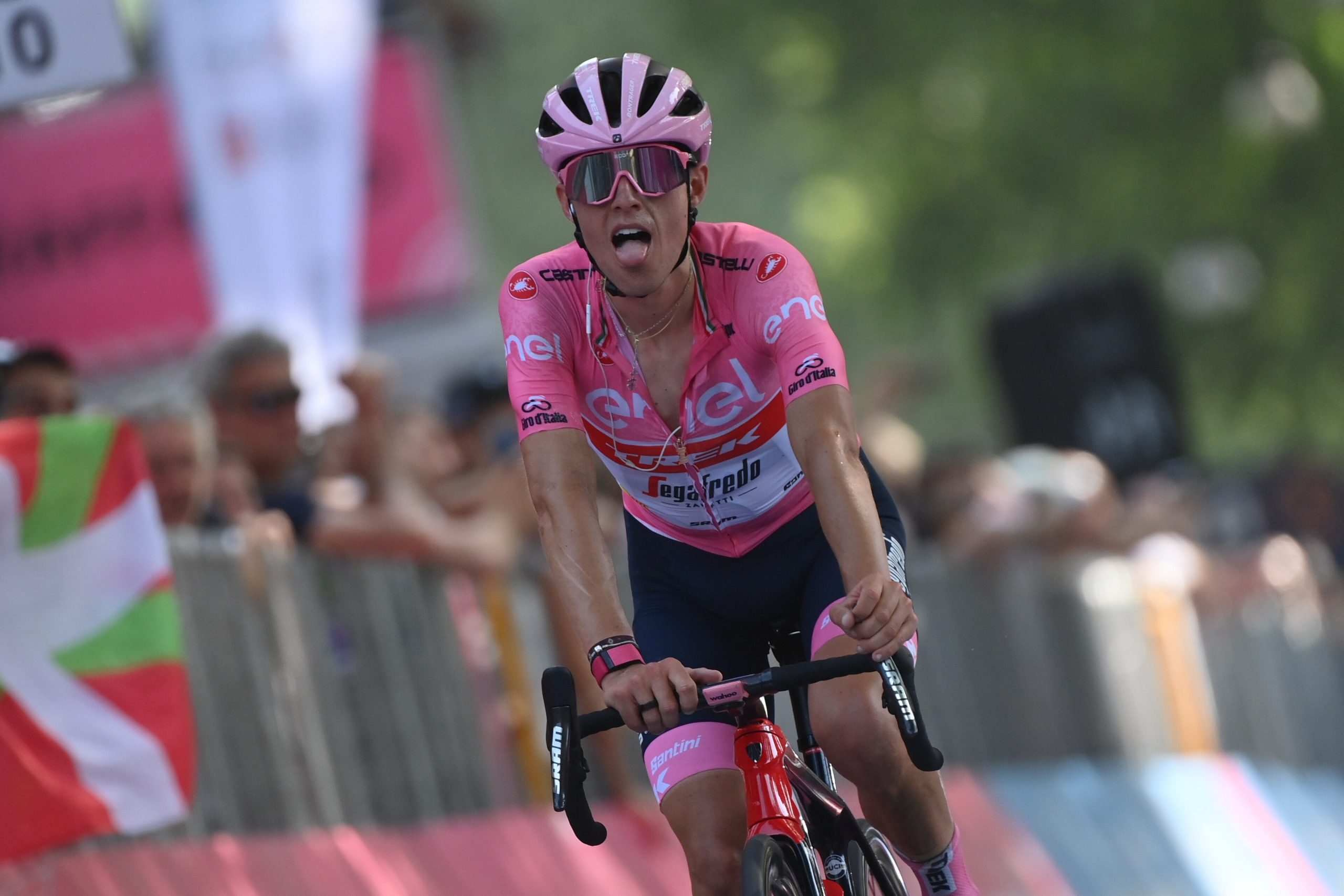 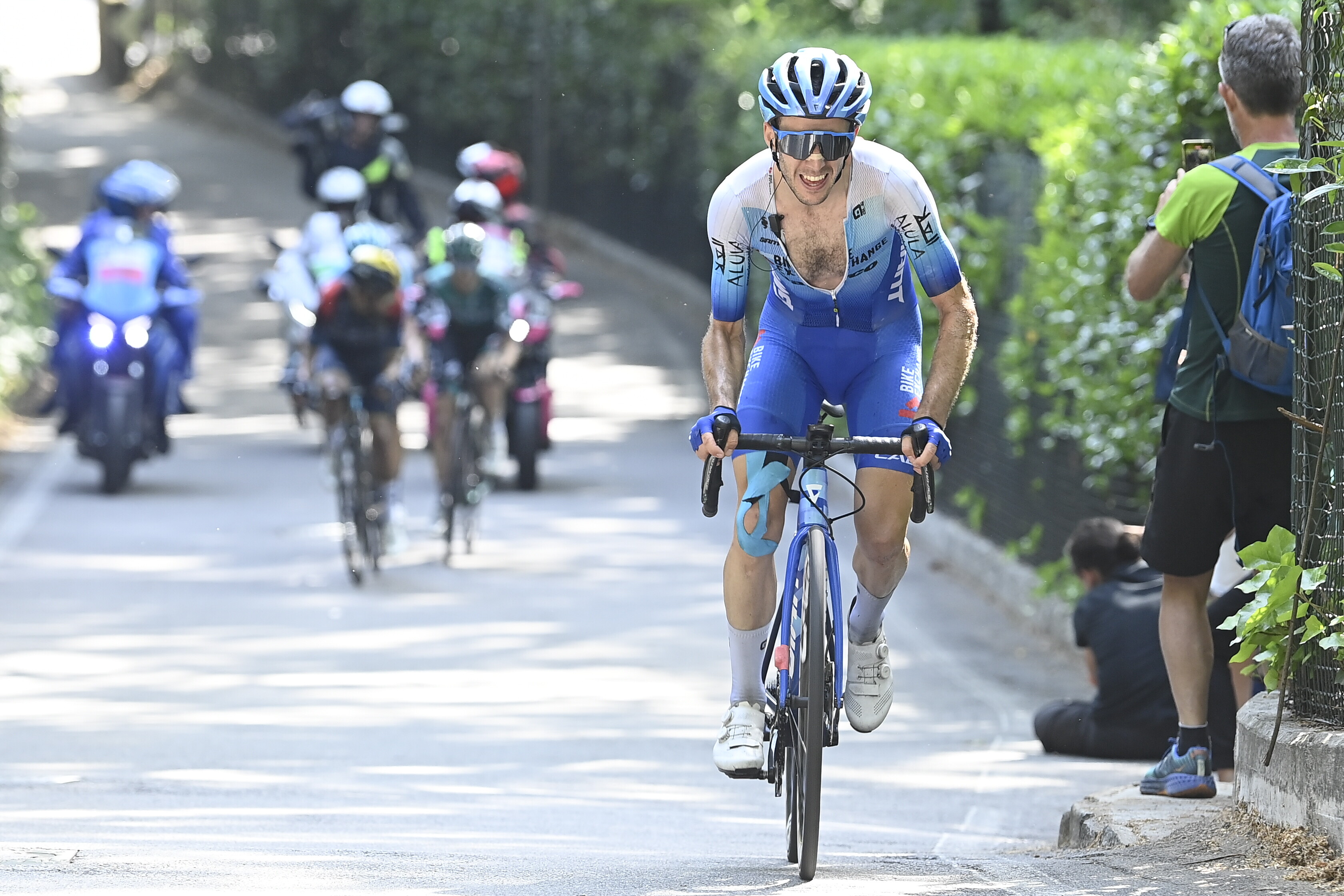 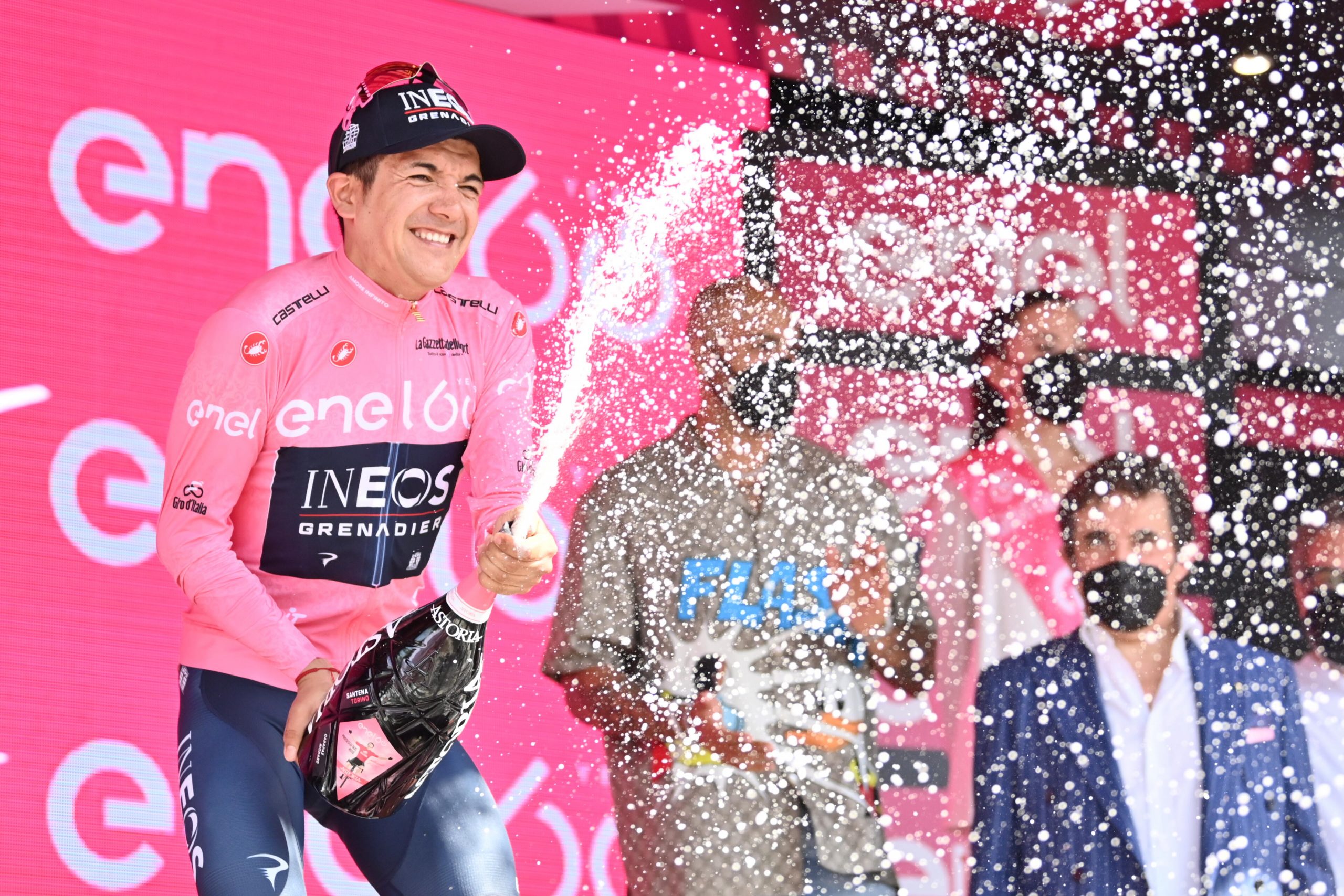