The big names in the general classification have made up their minds: this Giro d’Italia will be played out in the Dolomite stage on the penultimate day or, perhaps, directly in the Verona time trial. Today we thought for a moment that someone might try to upset the balance, that someone might try to flush out the rivals before the final showdown, but that was not to be.

The impression, then, was that the breakaway could be reabsorbed more easily than in other stages, for the simple reason that it was mostly made of strong rouleurs who had made the difference on the flat in the early part of the stage and only a couple of climbers. With a Kolovrat (10km at 10%) in the way, it would have been quite difficult for them to resist an overbearing return of the peloton. Instead, Andrea Vendrame (AG2R Citroën), Tobias Bayer (Alpecin-Fenix), Alessandro Tonelli (Bardiani-CSF-Faizanè), Magnus Cort Nielsen (EF Education-EasyPost), Clément Davy, Attila Valter (Groupama-FDJ), Edoardo Affini, Koen Bouwman (Jumbo-Visma), Davide Ballerini, Mauro Schmid (Quick-Step Alpha Vinyl), Edward Theuns (Trek-Segafredo) and Fernando Gaviria (UAE Team Emirates) all gained 11 minutes and the peloton thought about saving as much energy as possible ahead of tomorrow. 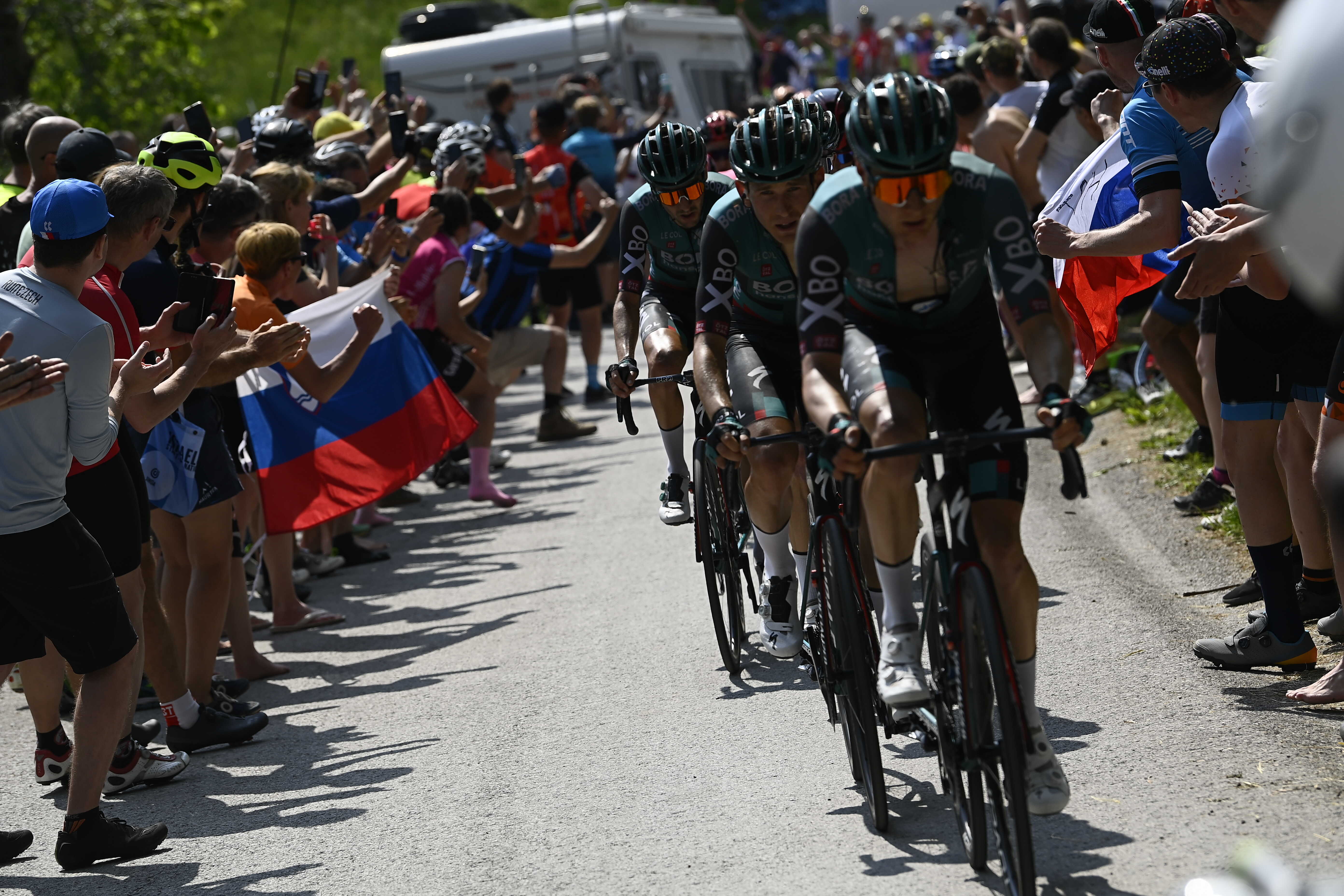 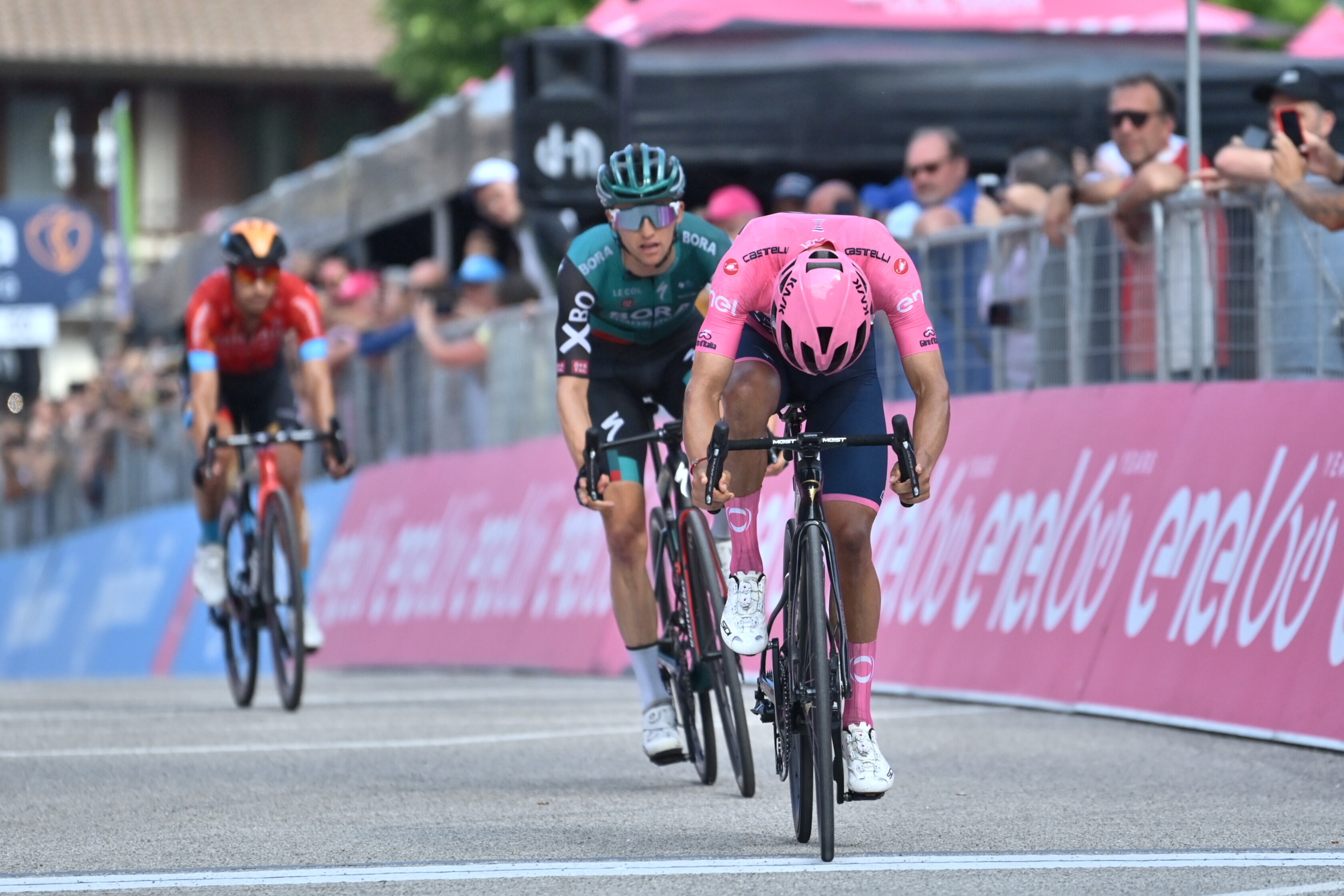 When Bora-hansgrohe put Wilco Kelderman in front on the Kolovrat, the intentions seemed belligerent, if not to attack from a distance, at least to try and make a bid for the stage win and the resulting bonuses. Jai Hindley, in fact, was one bonus away from the Maglia Rosa. Instead, at the bottom of the Kolovrat descent they stopped, preferring to postpone hostilities to the Dolomite climbs. Eventually, in the last two kilometres, a couple of attacks came anyway, first Richard Carapaz and then Mikel Landa, but the three musketeers once again arrived all together, without even a small gap that could change the classification by a few seconds.

And this time they took it pretty easy at the front too, with Tonelli, Valter, Bouwman and Schmid making an immediate difference on the climbs compared to the others, while Vendrame came back on them like a peregrine falcon on the descent. These five tackled the final climb to the Castelmonte Sanctuary fairly calmly, waiting for the final sprint to give it their all. The shrewdest – and strongest – was Bouwman, who took the lead on the final sharp bend with 70 metres to go, leading Schmid into a braking error, with Vendrame and Schmid himself forced to go long to avoid falling. For the Dutchman, it is the second stage victory in this Giro, adding to the mathematical certainty of having won the Maglia Azzurra. Not a bad Giro!

Tomorrow will feature the last climbs – and quite impressive climbs too! – of this Giro d’Italia: Passo San Pellegrino, Passo Pordoi (Cima Coppi) and Marmolada. This is the last call for everyone, after which it will be the Russian roulette of the Verona time trial to decide who will be the master of this Giro. 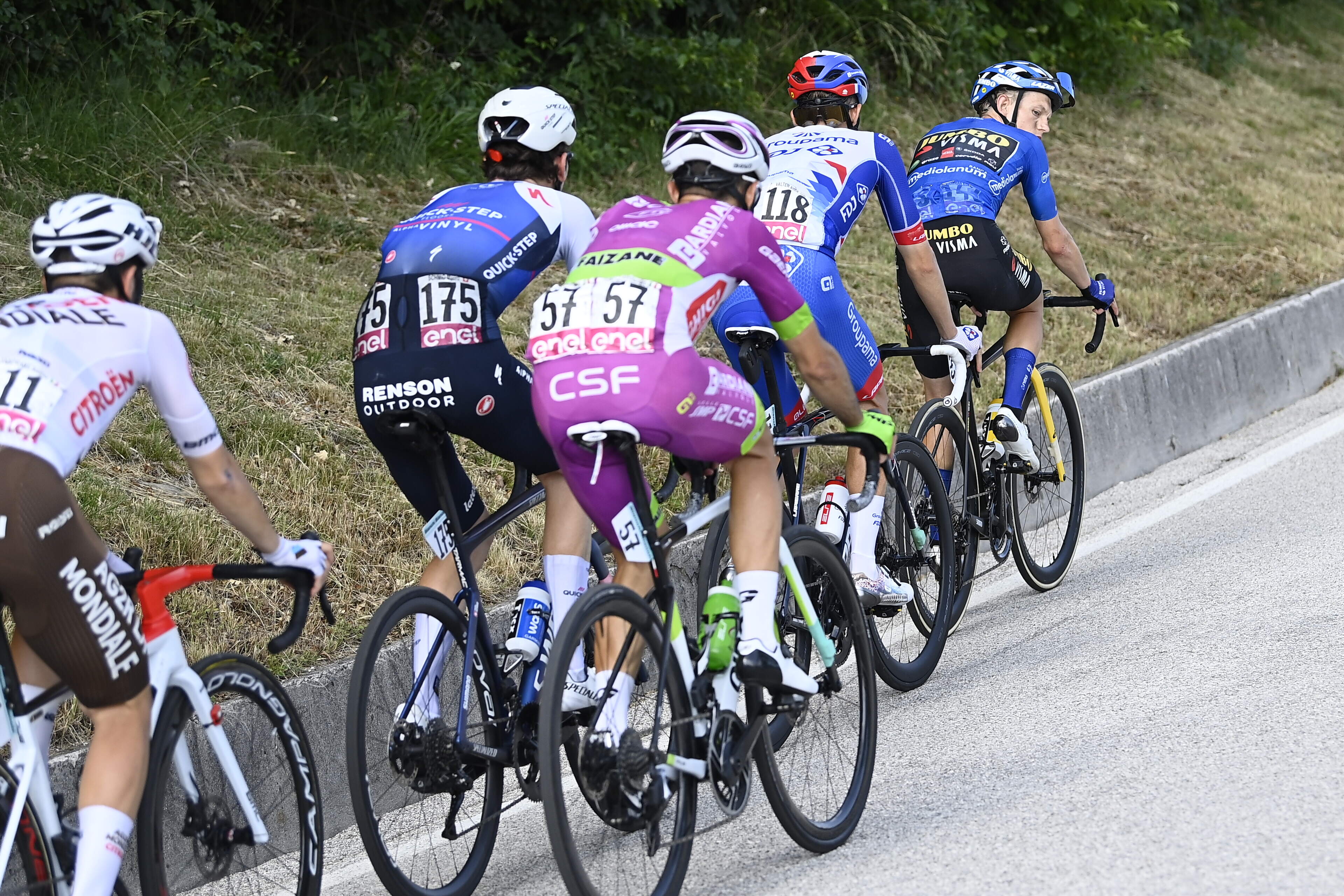 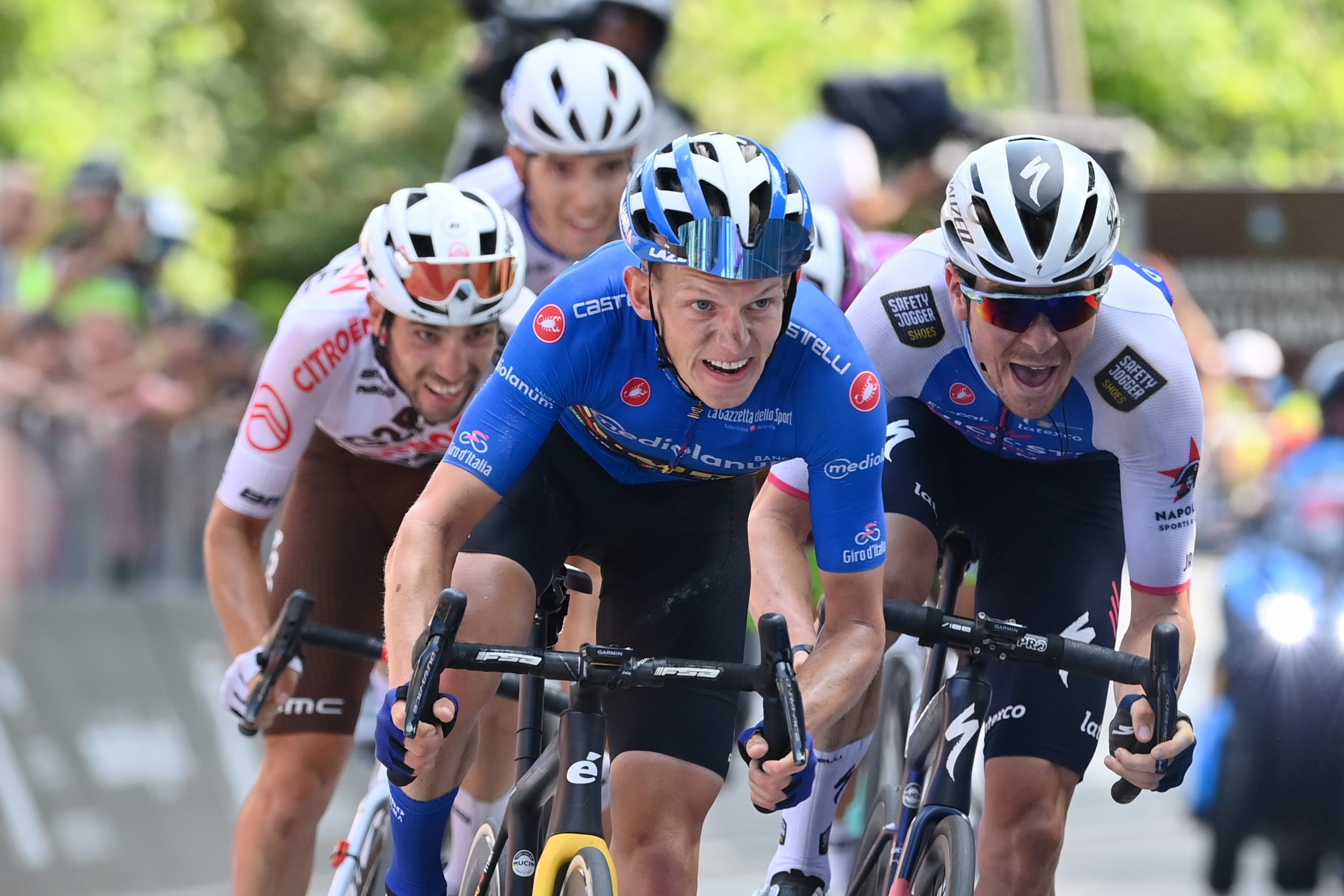 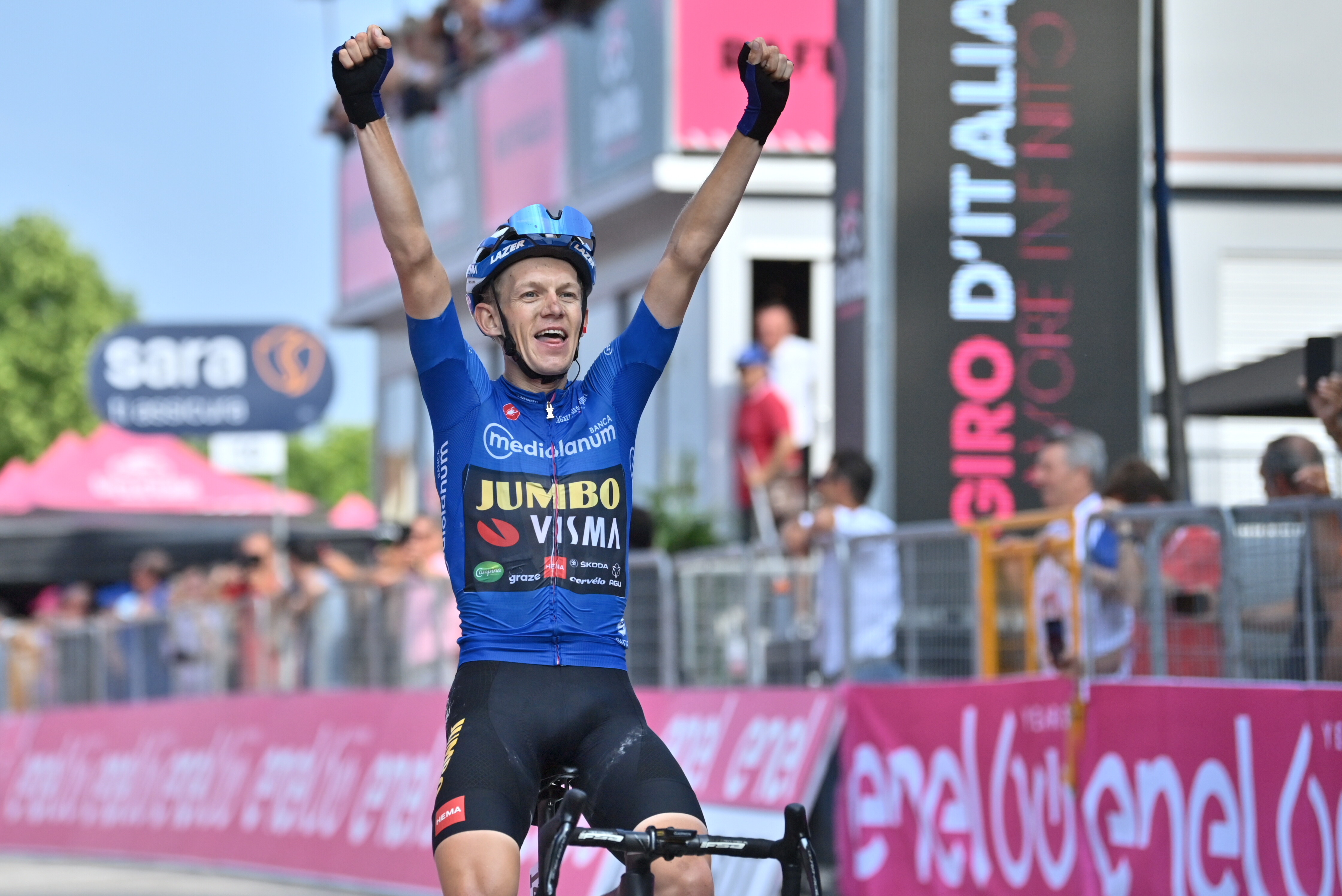