Nothing to do. Not even the queen stage with 5,000 metres of elevation gain and climbs of the calibre of Passo Crocedomini, Mortirolo, Teglio and Valico di Santa Cristina could tell us who is the strongest in this Giro d’Italia. Indeed, it made the ranking even shorter, with Richard Carapaz (Ineos Grenadiers) and Jai Hindley (Bora-hansgrohe) separated by a mere three seconds in the general classification. A pittance after almost 2,800km of racing, and it is no coincidence that it is the second smallest gap in history on stage 16 since 1963, when maglia rosa Diego Ronchini had just 2″ on Vittorio Adorni.

One of the few certain things is that Carapaz and Hindley seem to have a little more than their rivals or, at least, are the most consistent, since Mikel Landa (Bahrain Victorious) and Vincenzo Nibali (Astana Qazaqstan) pay duty every other day. Another thing that is certain is that Joao Almeida (UAE Team Emirates) is die-hard: he always seems to be the first to raise the white flag and yet in the end he always gets there, just a handful of seconds behind the best. In the general classification he is 3rd at 44″; watch out if you leave him there, because in the final time trial in Verona he could teach everyone a lesson. 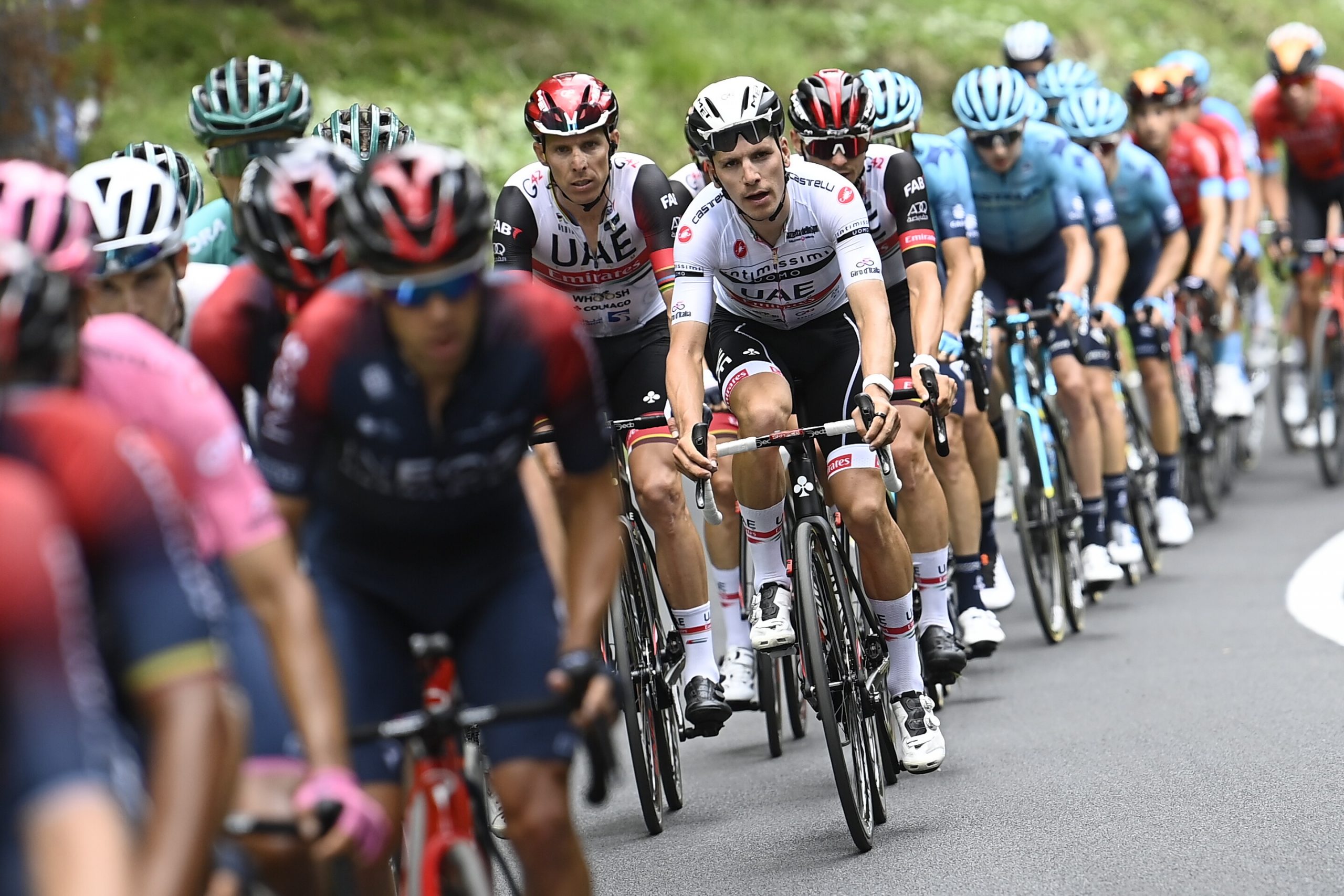 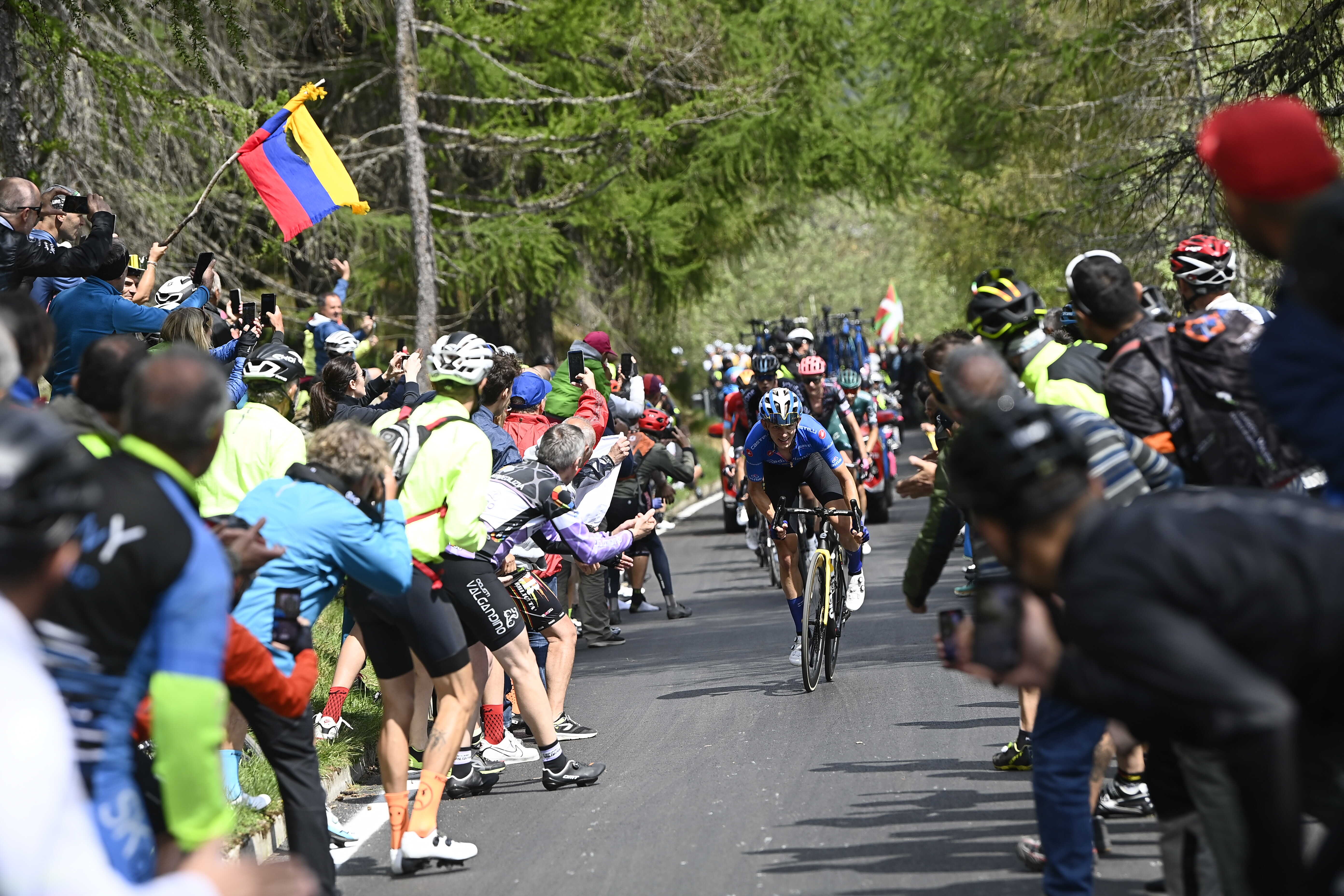 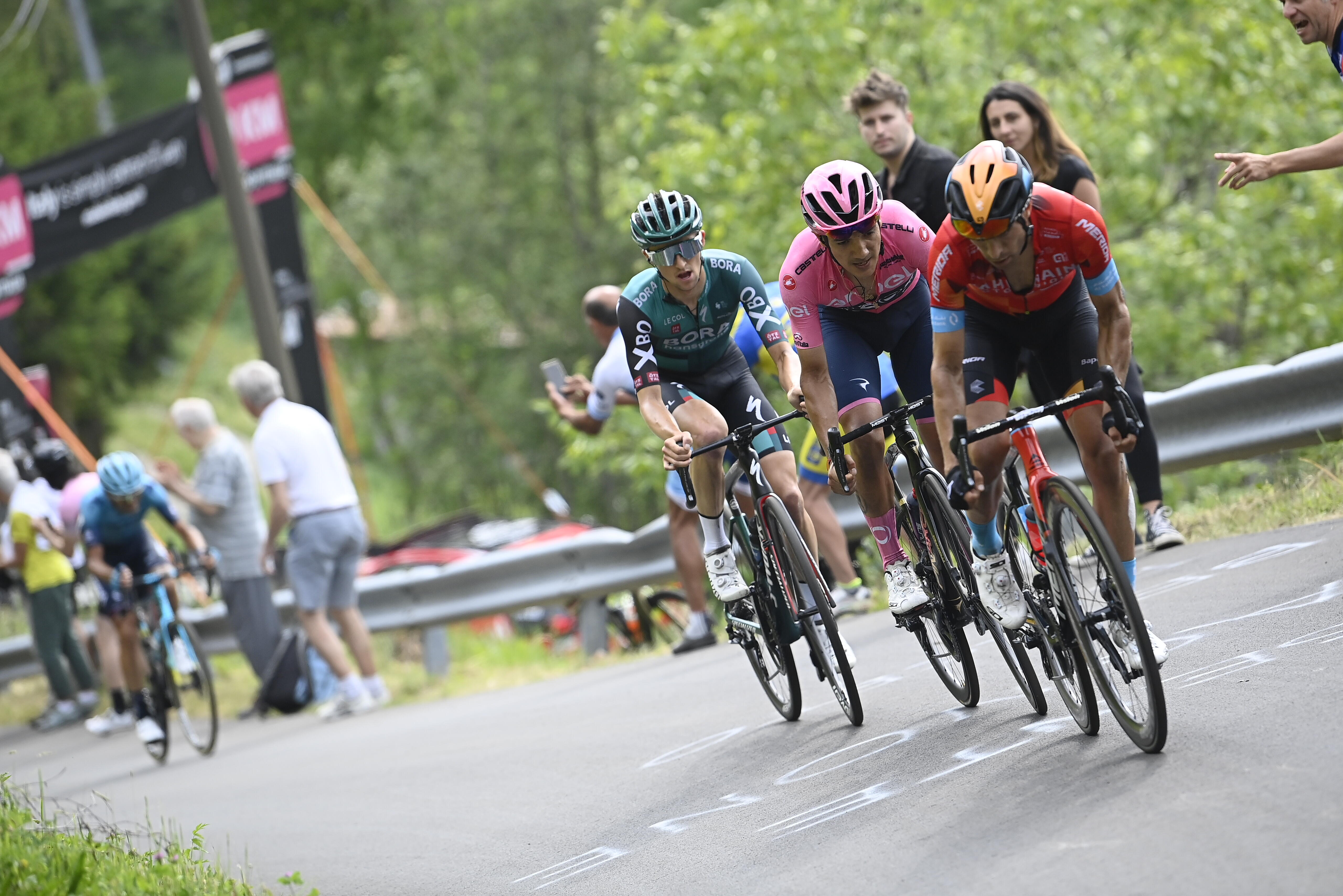 Enrolling his name in such an epic stage in the end was Jan Hirt (Intermarché-Wanty-Gobert), who did well to line up a group of fugitives of the highest quality. On the Crocedomini Pass, after a first hour of racing that flew by, as usual, at a thousand miles per hour, 22 riders managed to break away, many of them way back in the GC (from 10th to 20th position in the general classification) and others high ranking stage hunters. Giulio Ciccone (Trek-Segafredo) confirmed that he was seriously aiming for the Maglia Azzurra, challenging current holder Koen Bouwman (Jumbo-Visma) head-on. If on the Crocedomini it was the Abruzzese rider who got the better of the head-to-head, on the Mortirolo the strongest, but above all the shrewdest, was the Dutchman, who was able to insert himself in a group of riders who had taken advantage of the larger group of outriders on the Mortirolo, along with Wout Poels (Bahrain Victorious), Lennard Kämna (Bora-hansgrohe), Lorenzo Rota (Intermarché-Wanty-Gobert), Alejandro Valverde (Movistar), Thymen Arensman and Chris Hamilton (Team DSM).

Thus, Ciccone’s attempt to reel in this small group resulted in a costly effort which he paid the price of, while Hirt and Hugh Carthy (EF Education-EasyPost) managed to catch up with the front riders. The showdown, with the Maglia Rosa group down to a dozen or so in pursuit, came at the Valico di Santa Cristina, Kämna trying to go all-in from a distance, with Arensman and Hirt in particular capable of handling it better, closing in on him, and going for the win. The Czech made use of his experience and pulled away from the young Dutchman just before the top of the climb, taking from him those 15 seconds that he managed to keep until the finish.

In the Maglia Rosa group it was Mikel Landa who broke away first, with only Carapaz and Hindley able to answer him and Almeida a non-paying spectator 50 metres back. No one, however, had the legs to make a real difference, with the result that at Aprica it came down to playing for time again in a tight sprint. To understand more we will have to wait. Maybe tomorrow in Lavarone… but maybe not, and everything will be played out on the line in the Verona time trial. A tight contest: the first to give an inch loses the Giro d’Italia. 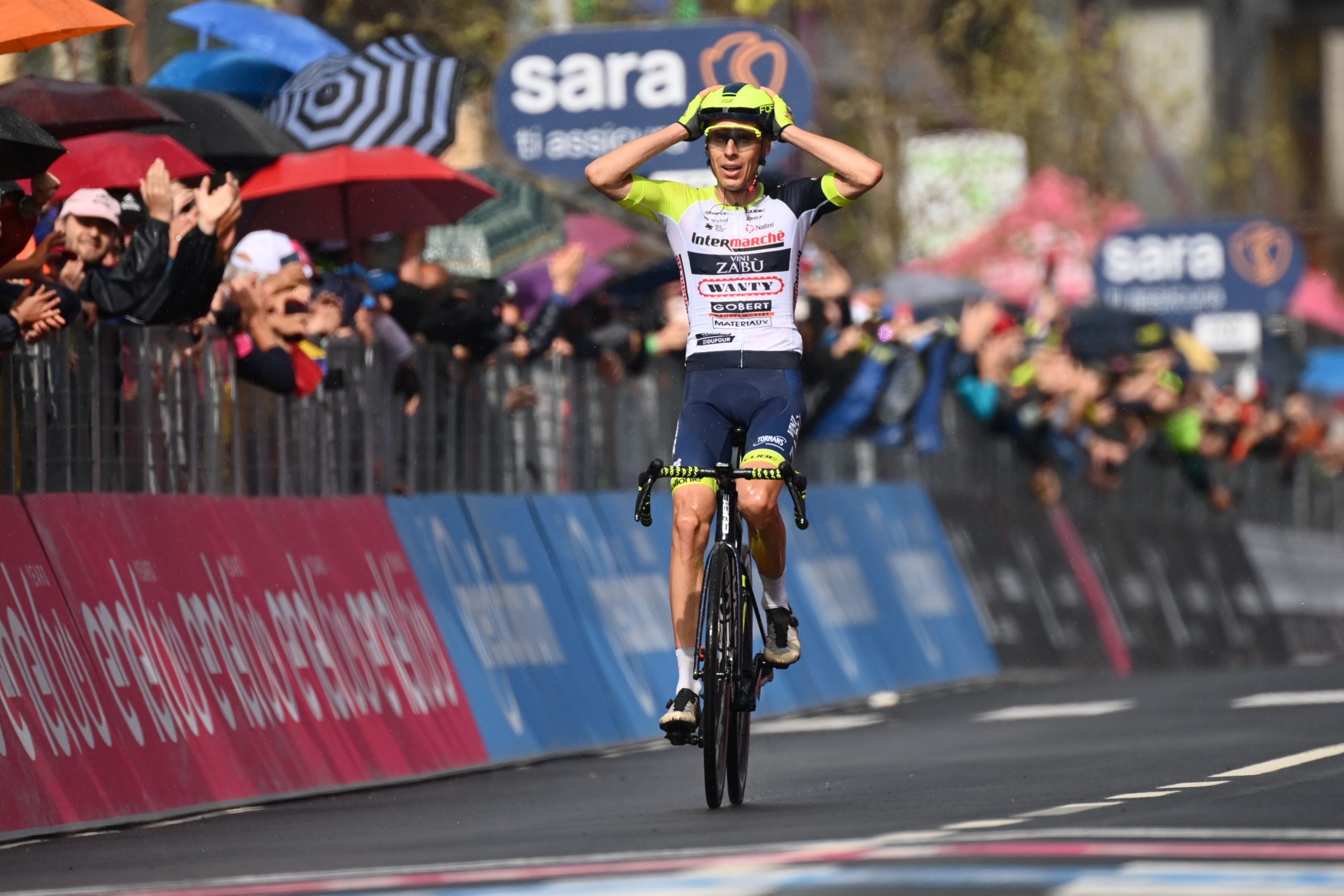 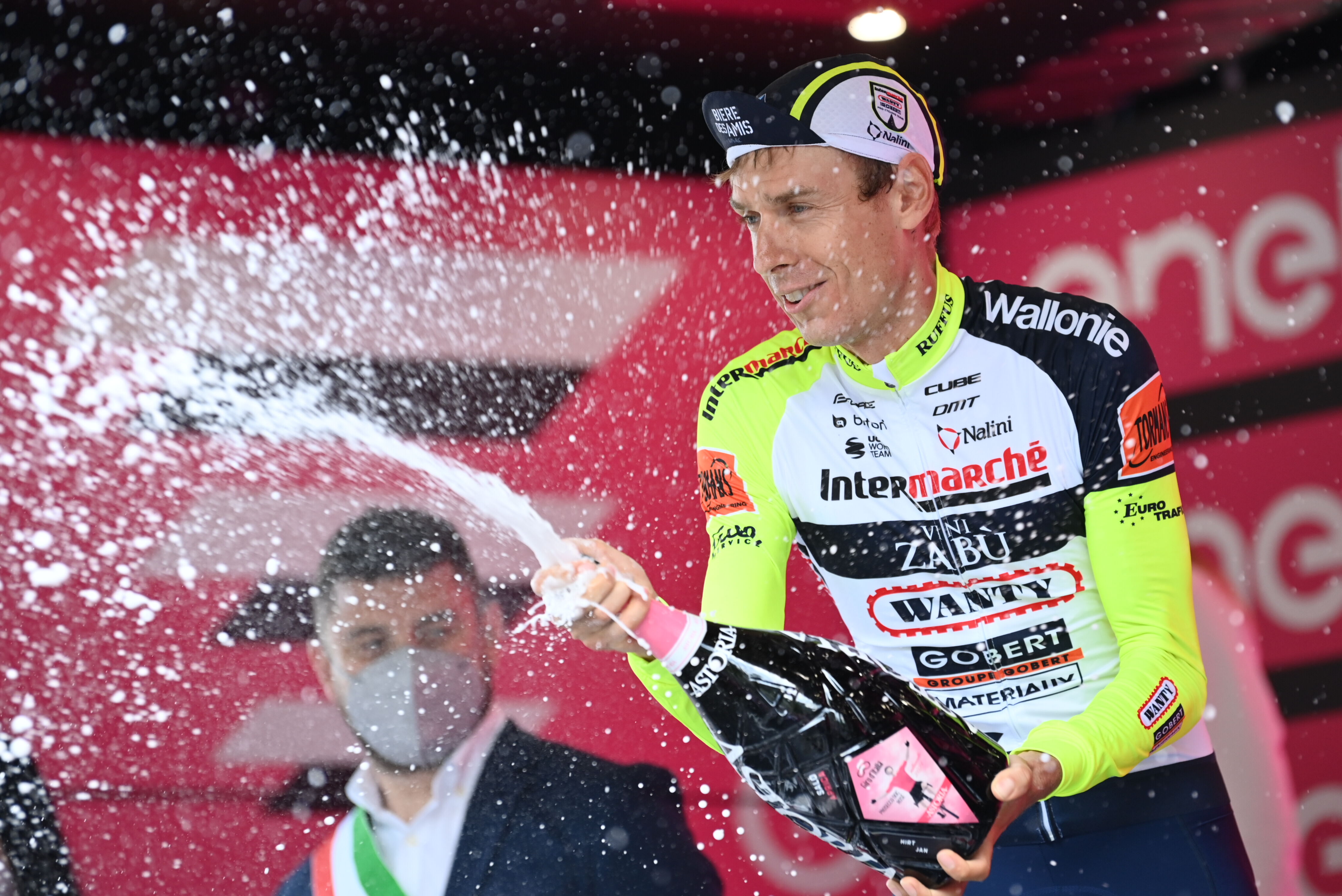 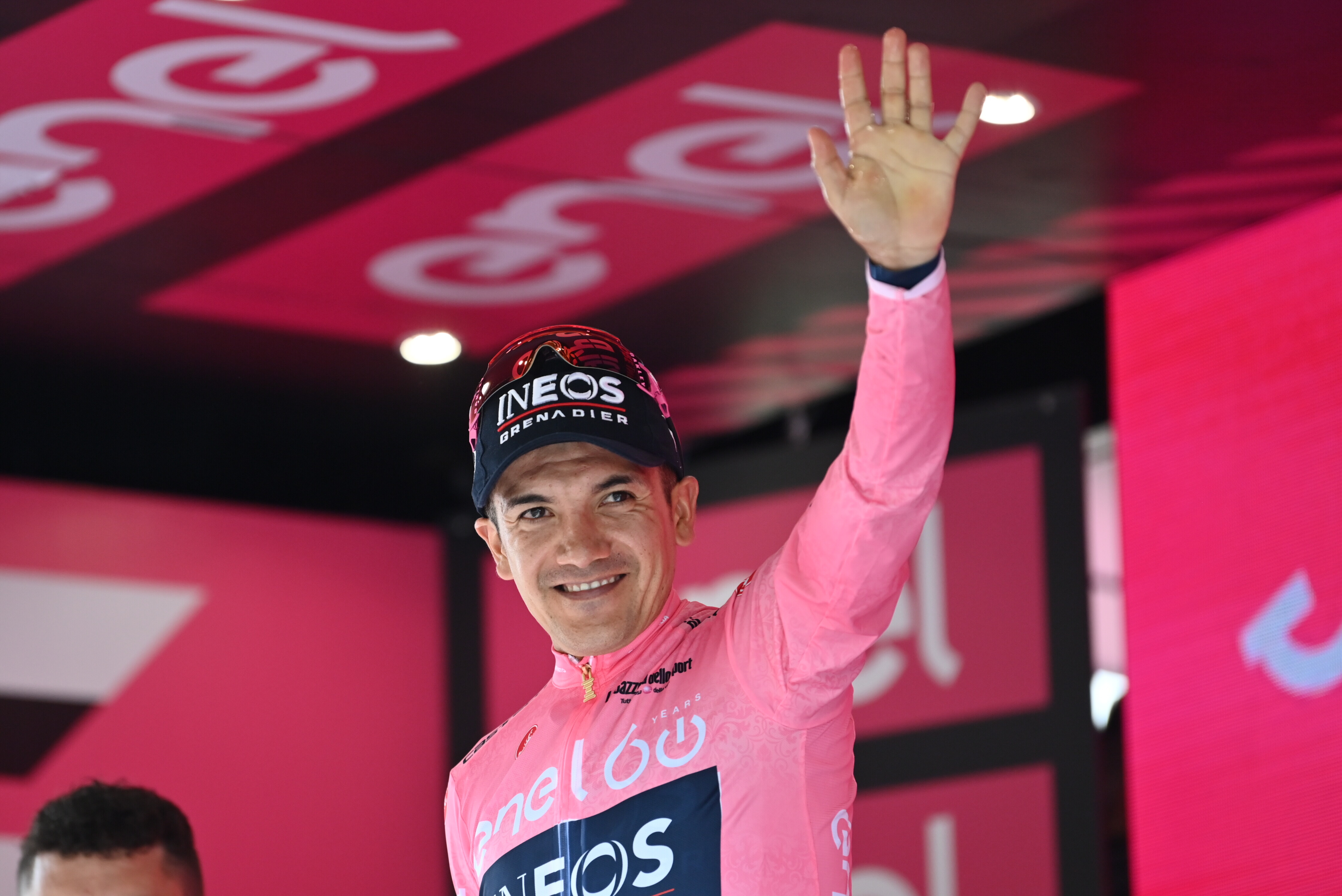