The Giro will start on Saturday 9 May with a 9.5km individual time trial on the streets of Budapest. The second stage, suited to sprinters, will start from the capital – on Sunday 10 – to reach Györ after 193km. On Monday 11 May the third stage will start in Székesfehérvár and finish in Nagykanizsa (197km). This will be the 14th Grande Partenza outside of Italy for the Corsa Rosa.

An individual time trial on the streets of the capital with a slightly uphill finish that’s followed by two stages ready-made for sprinters: this will be the opening of the 2020 Giro d’Italia, which will start on Saturday 9 May in Hungary. The first two stages will start from Heroes’ Square (UNESCO World Heritage), in the heart of Budapest. The finish of the ITT will be in the Castle district, with the last 1,500 meters of the route slightly uphill (average gradient of 4%). The finale of the first in-line stage, on Sunday 10 May, will be in Györ, the main city in North West Hungary. The third stage will take the peloton from Székesfehérvár to Nagykanizsa, along the Lake Balaton, where a bunch sprint will be expected. 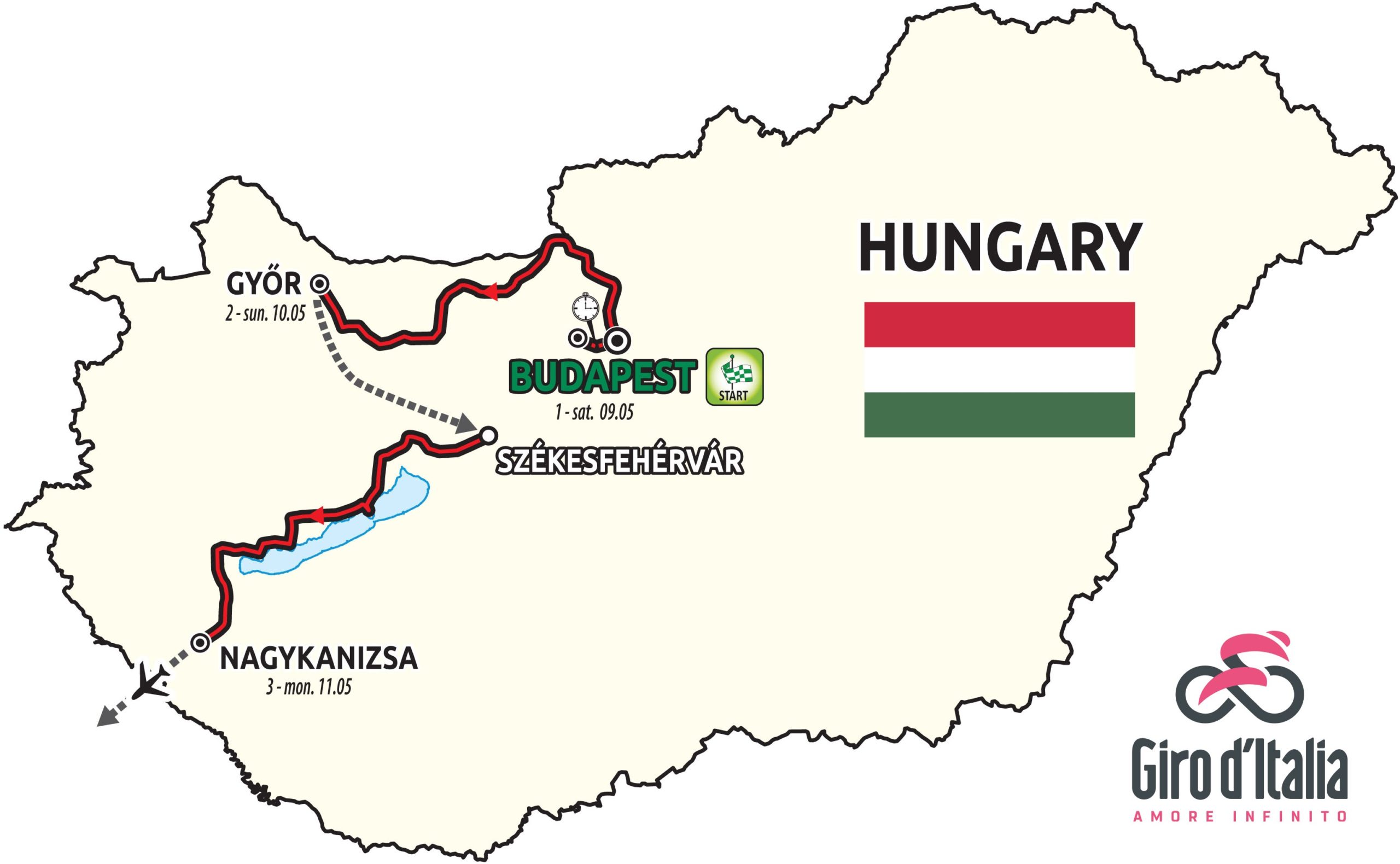 Stage 1’s ITT within the city of Budapest is flat in the first part and slightly uphill in the finale. The route starts from Heroes’ Square (Hősök tere) and continues along the Danube and the Parliament. After leaving the Danube the route enters into the old city. Starting in Clark Ádám Tér, the final ascent of about 1.5km (at around 4%) will see the GPM award ahead of the finish in the Castle district. 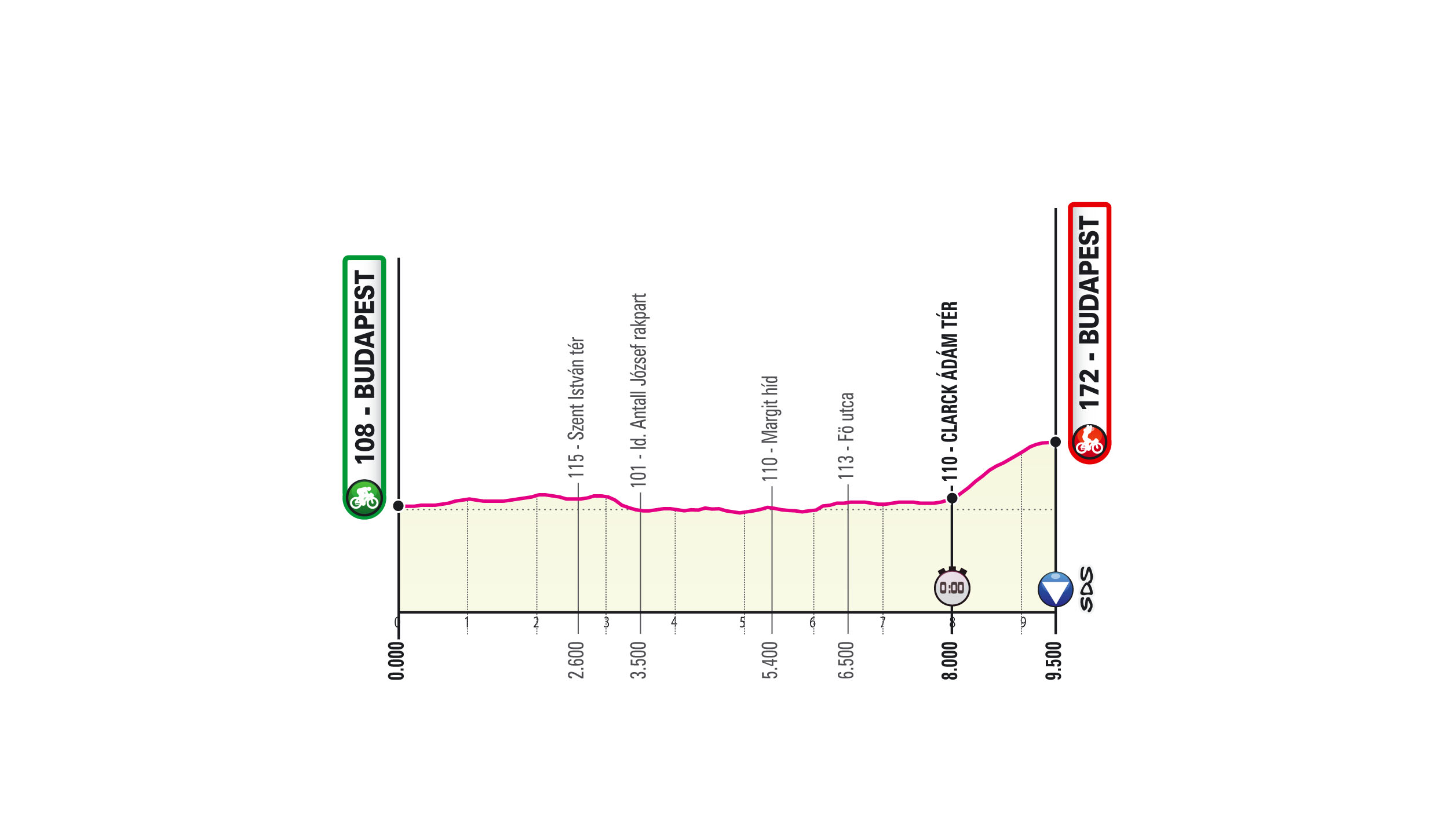 From the start at Heroes’ Square in Budapest, the route reaches the Danube via the short and easy ascent of Svábvár. The course continues along the Magyar plain with a succession of easy undulations up to the short climb – with slopes in double figures – of Pannonhalma (site of a famous abbey), 22km from the finish.

The route then arrives in Györ with a finish on the city boulevards for a probable sprint. 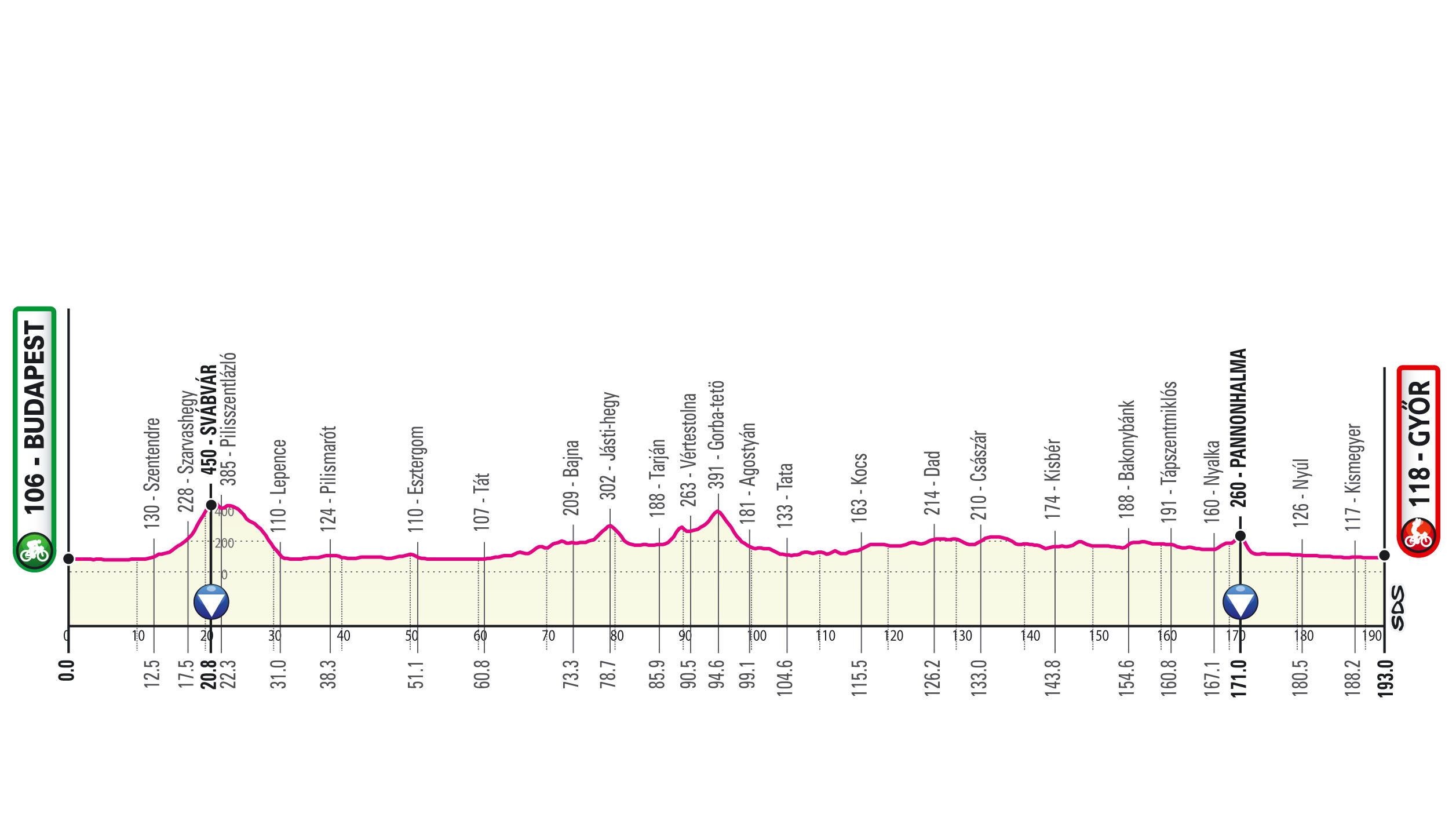 A practically flat stage with slight, but mild, undulations along the entire route. Much of the stage runs alongside Lake Balaton with some deviations inland in Veszprém and Héviz. The route then continues on flat terrain to approach the city of Nagykanizsa until the very likely bunch gallop. 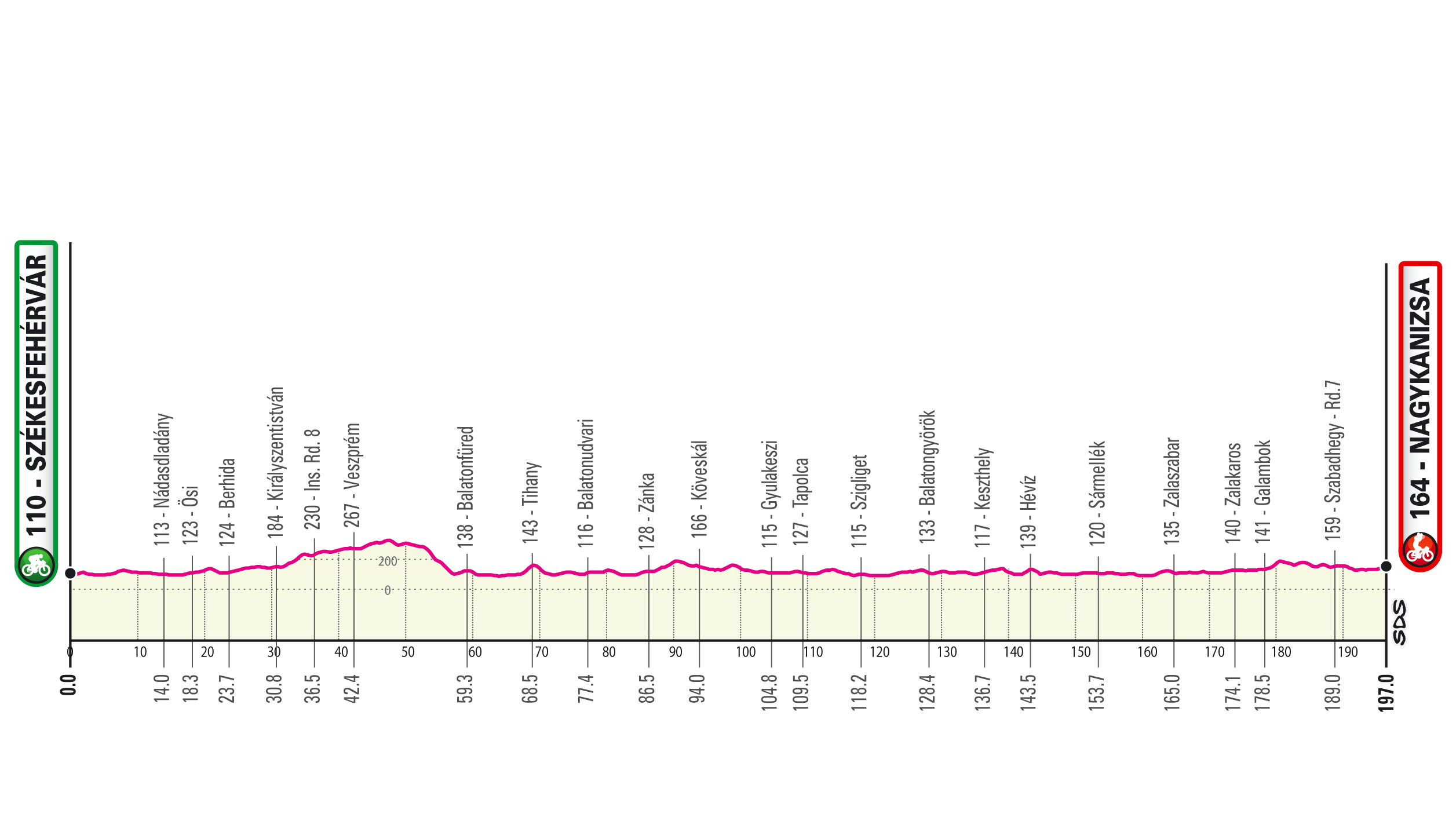