Tomorrow all the details of the 21 stages of the 2020 Corsa Rosa – scheduled from 3rd to 25th October and organized by RCS Sport / La Gazzetta dello Sport – will be unveiled on the Giro d’Italia’s social media channels: Facebook, Twitter, Instagram, YouTube and Dailymotion, and at www.giroditalia.it

During Giro Day, video contents, images and quotes from the protagonists will be presented in turn on the Giro d’Italia’s social channels.

Giro Day will open in the morning with a video made by the Frecce Tricolori – the Italian Air Force’s aerobatic demonstration team – followed by formal greetings of the Italian Minister for Youth policies and Sport Vincenzo Spadafora and the President of the Sicilian Region Nello Musumeci. 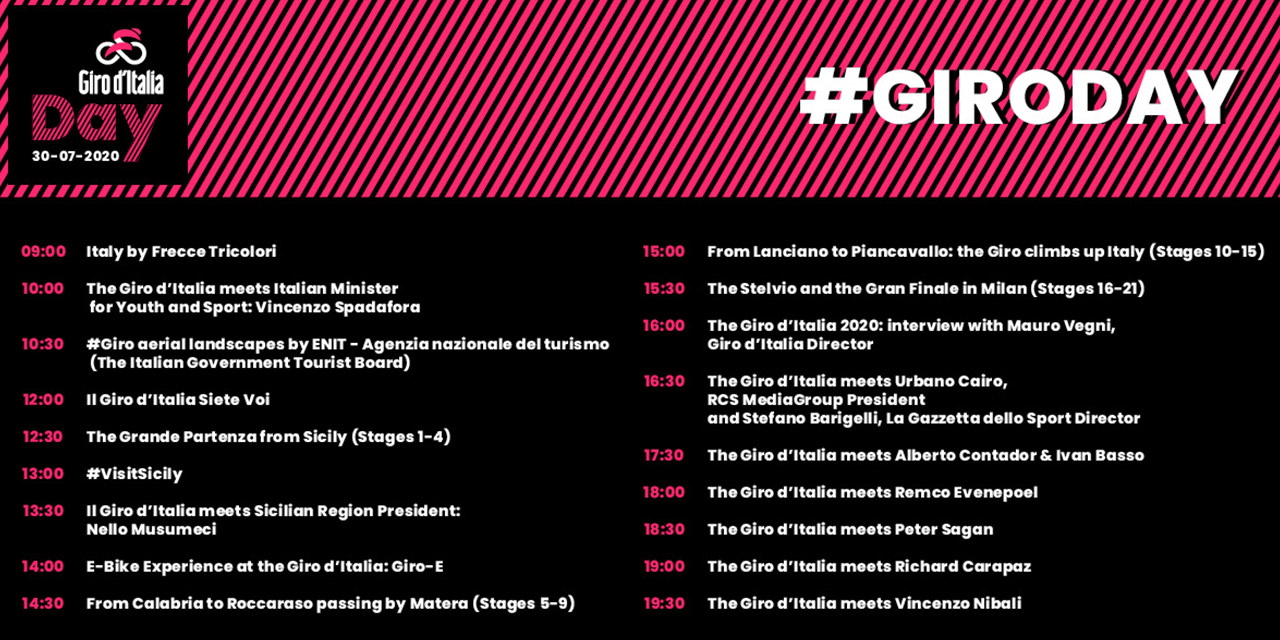 Starting from early afternoon, the details will be revealed of the four stages of the Grande Partenza in the Sicilian Region, as well as the routes and details of all the other stages of the Corsa Rosa.

In the afternoon a series of video-interviews will be presented, including Giro d’Italia Director Mauro Vegni, La Gazzetta dello Sport Director Stefano Barigelli with RCS MediaGroup President Urbano Cairo and two great ex-pro who are both multiple winners of the Trofeo Senza Fine: Ivan Basso and Alberto Contador. Video interviews with riders expected to be among the protagonists on the roads of Giro 103 will follow, including Remco Evenepoel, Peter Sagan, Richard Carapaz and Vincenzo Nibali.