They loom out of the mist, Lorenzo Fortunato and Egan Bernal. Stopwatches stop, timings are taken, and the facts of the case are recorded.

A stage like this is better covered by crackling radio or comic book than high definition. Or seen in a daydream – or a nightmare, for Zoncolan is a name for a monster, not a sports facility. The facts of the matter, such as they are, are an insignificant distraction. At least there is the mist, which remove the events of the day from the cold, analytic light of plain view, and removes them to the realm of the imagination. 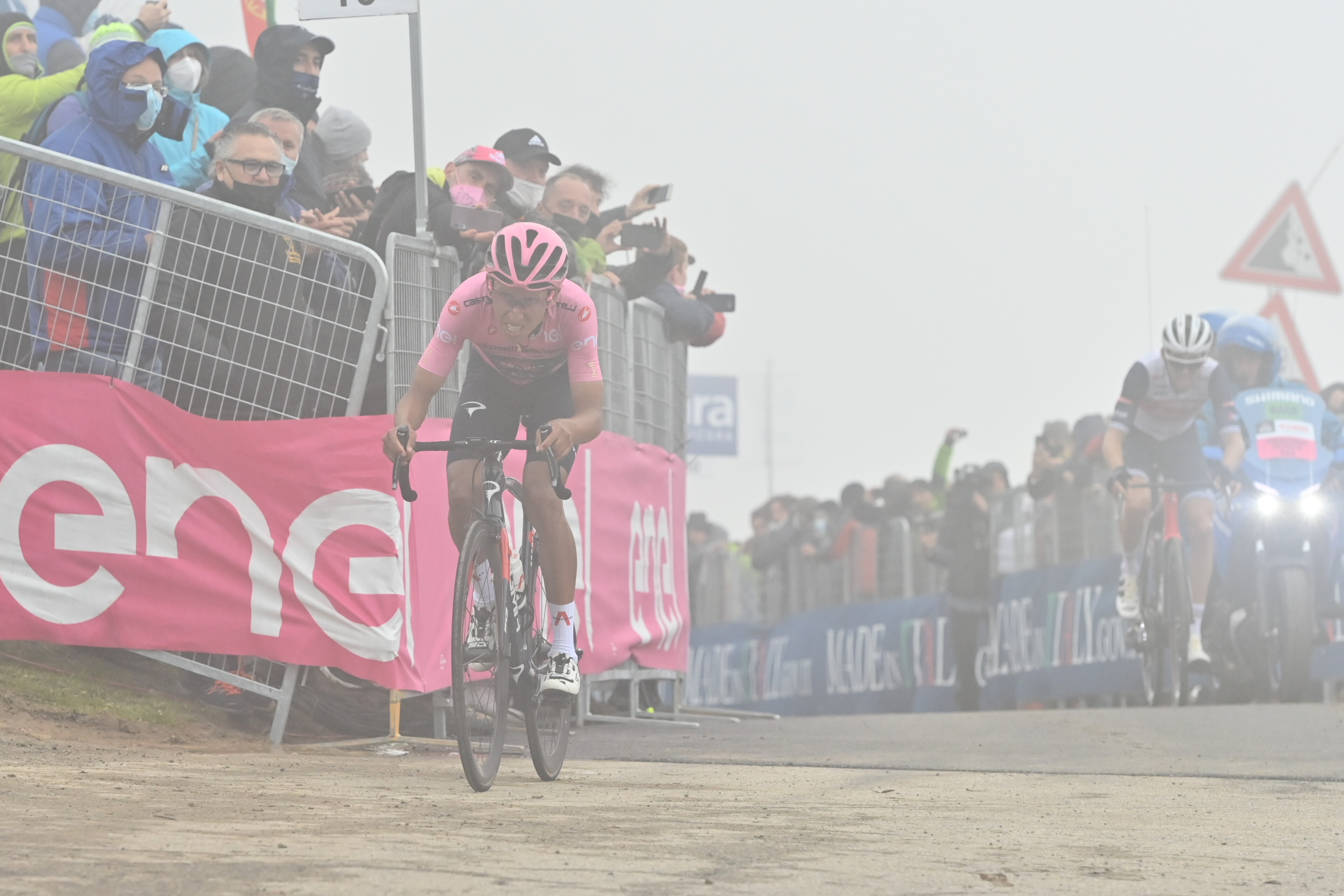 That said, Jan Tratnik has something of the bogeyman about him. He attacks with a sort of naive, bumbling menace, like one of Frankenstein’s experiments, yet rides away from affirmed climbers like Mollema and Bennett. When Lorenzo Fortunato finally decides not to wait for the more accomplished chasers – that is, all of them, given thaat the last race he won was the Trofeo Guido Dorigo in 2013, 8 years, 3 days ago– sets off after him. Two and a half kilometres later, he catches him.

With 2.4 km to go, on the steepest section of the climb, it is the Italian’s turn to ride away, but he does it like a climber: fluid cadence, using the moving muscle mass to generate momentum.

Behind, Astana had been threatening to tear the peloton apart from 50 kilometres. Descending from the Forcella Monte Rest, they split the peloton: four of their riders, plus Bernal, Castroviejo, and Pello Bilbao, formed a leading group. Tellingly, Remco Evenepoel was not in the next group, but in the group after that. 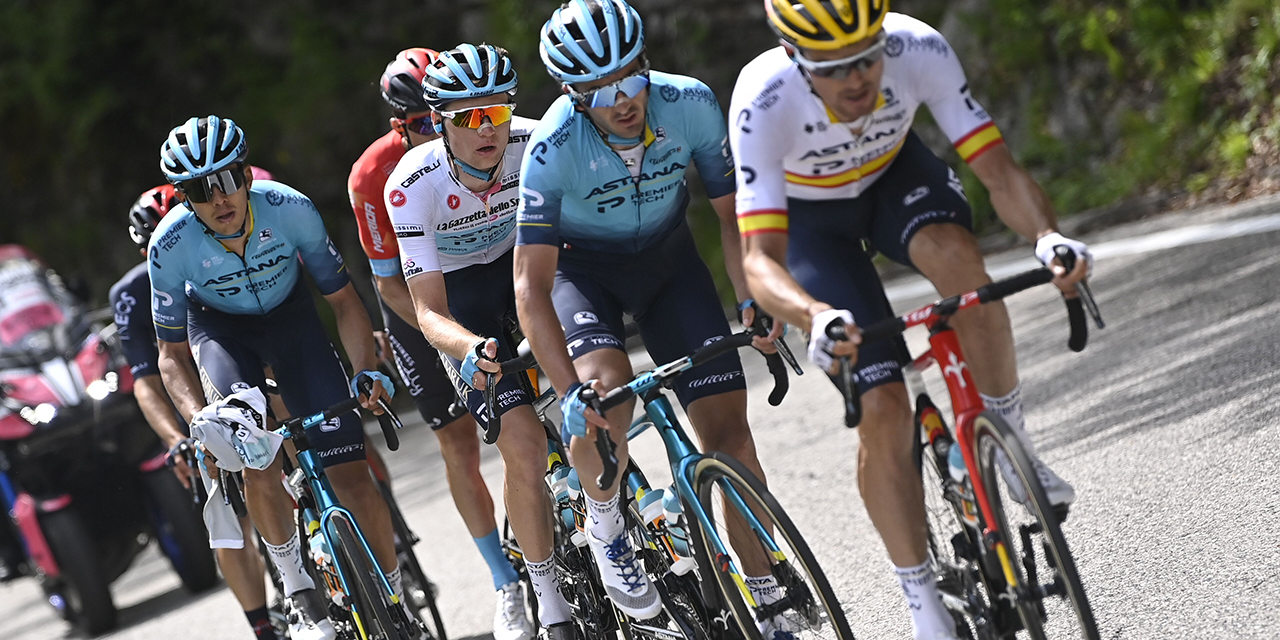 But the attack had nowhere to go, and, despite leading up the final climb, Moscon, Narváez, Castroviejo and Martínez took control. With 1500m to go, Simon Yates attacked. Martínez moved aside, allowing the Maglia Rosa to follow. Buchmann, next in line, allows a gap to open. Martínez manoeuvres into the space behind him, ahead of Caruso, Vlasov, Ciccone, Carthy, Pedrero and Dan Martin. Inside the final 300 metres, Bernal darted past the Englishman and away. After them, the next rider in the top ten to finish was Bernal’s teammate and compatriot Dani Martínez, with Caruso and Ciccone on his wheel. I can see a time approaching when Bernal, the race won, will be working to help his teammate onto the podium.