We had come close more than once in this first half of the Giro d’Italia. It was in the air, and today we witnessed one of those events that could change the dynamics of an entire sport. Biniam Girmay (Intermarché-Wanty-Gobert) won at the finish line in Jesi, and with him a whole continent is celebrating. For the first time in the history of cycling, in fact, not only does an Eritrean win at the Giro, but a rider from black Africa raises his arms to the sky at the finish line of a Grand Tour.

Biniam has made it clear, he wants to be a driving force for the whole of African cycling. His example could open up a new scenario for this sport, a lot of youngsters will want to try to imitate him and the goal for the top ranks of world cycling will be to give them the opportunity to prove their worth. 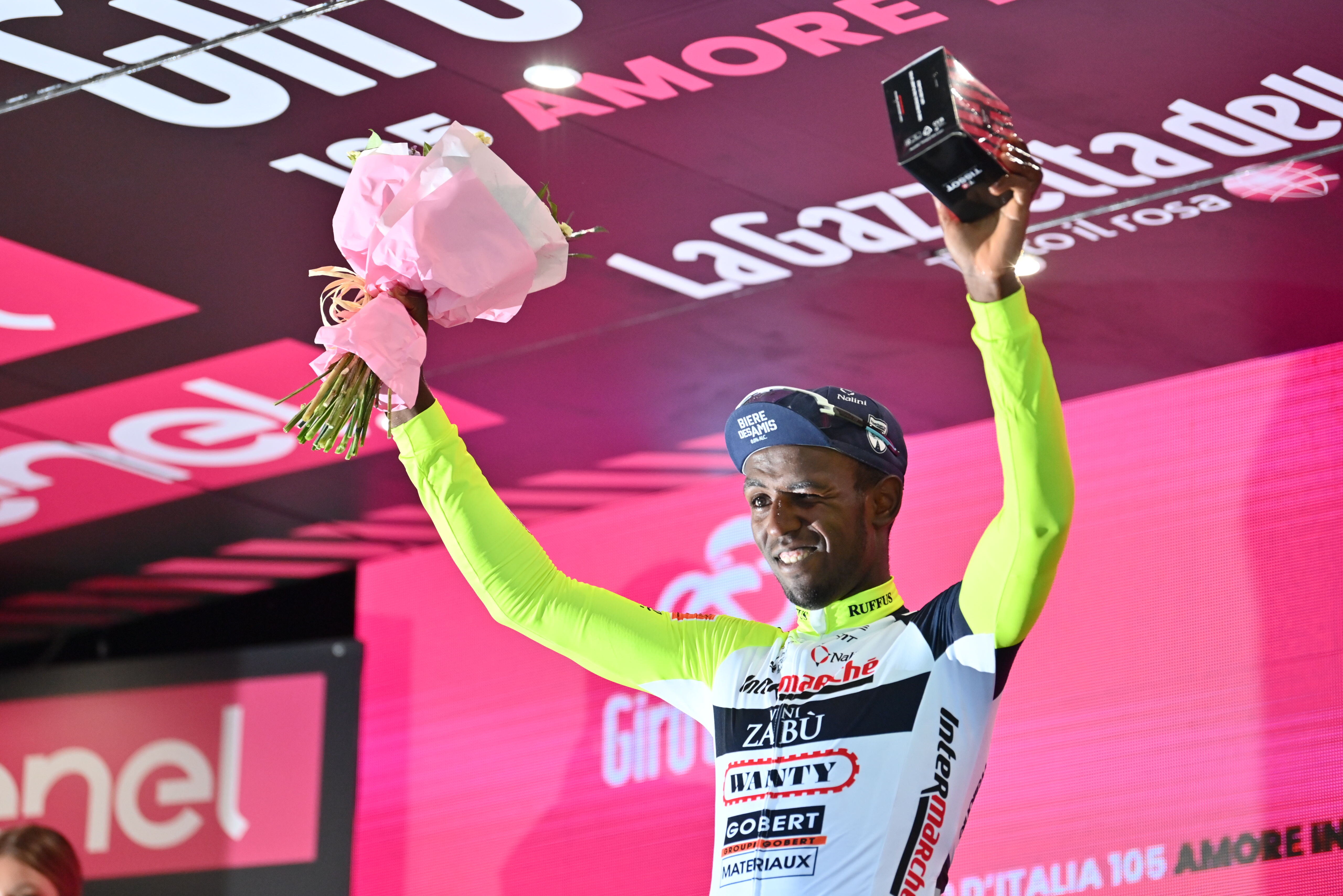 The Corsa Rosa thus welcomes an area of the world that, until now, had remained somewhat on the sidelines in the universe of professional cycling, but which is slowly trying to insert itself and bring all its talents to the limelight. Girmay had been the first to impose himself in a major classic, last March at Gent-Wevelgem, and now he is the first to do so in a Grand Tour. Upon his return to Eritrea, he was greeted like a hero by the whole country and after this success we are sure they are getting ready for another big celebration. And the Giro is far from over, as Girmay will certainly want to try again, with the aim of also winning the Maglia Ciclamino.

But it is also worth talking about the way Biniam took stage win today. It was a masterful sprint, leading from 300 metres to the finish, with a monster like Mathieu Van der Poel who was never able to catch up with him and, in the end, had to give in, bowing to the man who has been his greatest rival in this first part of the Giro d’Italia. The epilogue of this stage came after an enthralling day, lived in its entirety in the memory of Michele Scarponi (with the suggestive passage from his hometown Filottrano), in which, in turn, all the big guns attacked. From Van der Poel to Carapaz, via Nibali, they all tried to leave their mark on the finish line in Jesi. In the end, however, Biniam Girmay emerged. Mark this date, because today history has been written. 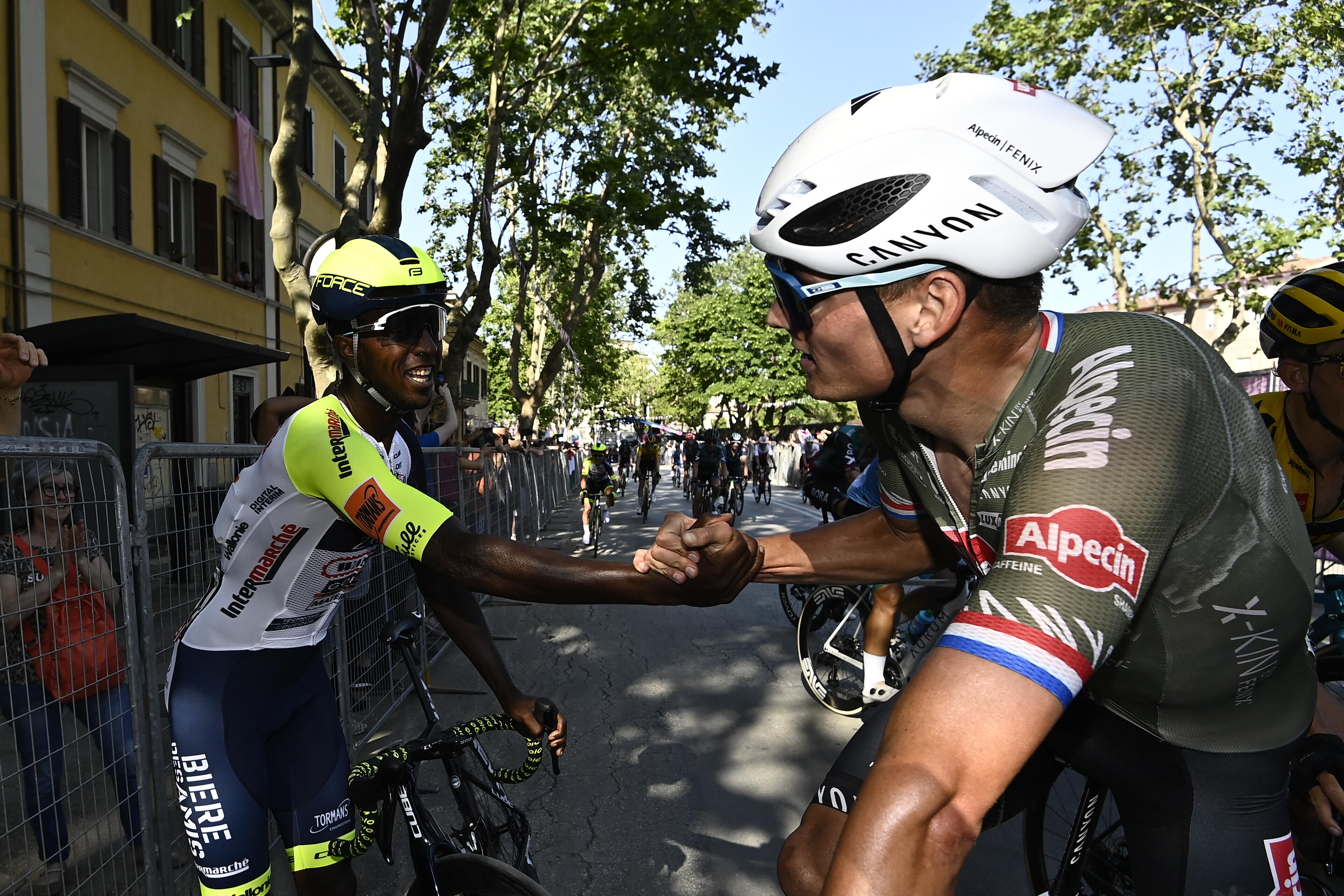