It takes head, heart, legs, intelligence, patience and, of course, plenty of talent to do what Santiago Buitrago did today between Menador and Lavarone. The 22-year-old Colombian is making himself known in this Giro d’Italia for a resilience and a hunger for victory that is out of the ordinary: in Cogne he had come in 2nd place behind Giulio Ciccone and after the finish he had burst into tears that lasted 15 minutes, because the only thing he would have accepted was a victory that instead did not come. As his DS Franco Pellizotti admitted, even his teammates teased him a bit about those seemingly exaggerated tears, since a 2nd on a stage like the Corsa Rosa is not an everyday occurrence and his young age meant that he would soon have other chances. When you have a winning mentality, however, a placing cannot be accepted lightly.

He did build himself a new chance today, attacking on the Passo del Tonale and inserting himself in the 25-rider breakaway that came to play for partial success. For a moment he saw this chance slip through his fingers again, when he fell along the Giovo descent, losing considerable time and having to deal with several grazes and a torn suit. After a moment of discouragement, however, the boy from Bogota got back on his bike and caught up with the leading riders. On the Passo del Vetriolo he kept a low profile, followed the accelerations of Hugh Carthy (EF Education-EasyPost) and Jan Hirt (Intermarché-Wanty-Gobert) without overdoing it and without worrying too much about the usual wild splinter Mathieu Van der Poel (Alpecin-Fenix) and Gijs Leemreize (Jumbo-Visma) who, up front, had tried everything by attacking on the descent. 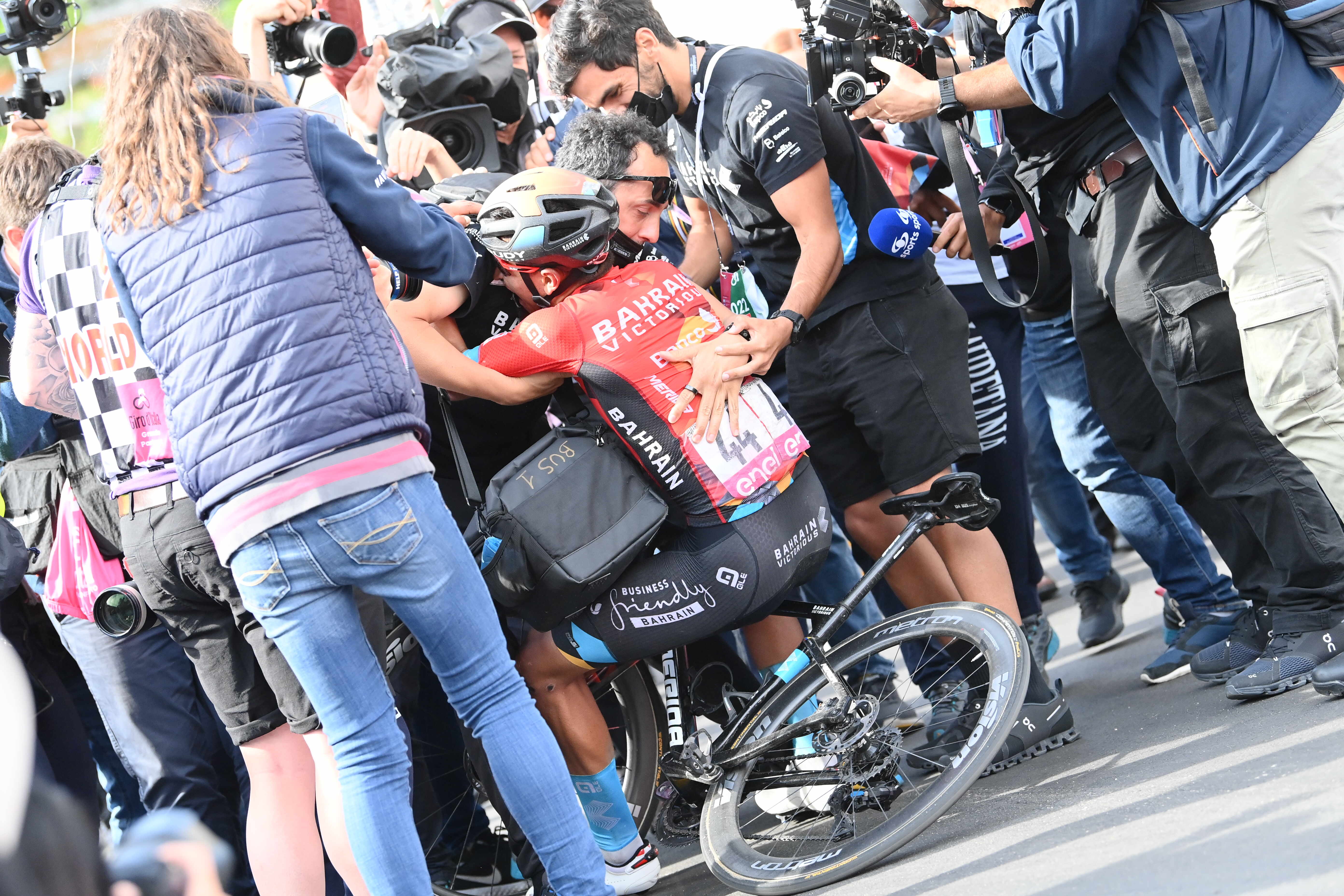 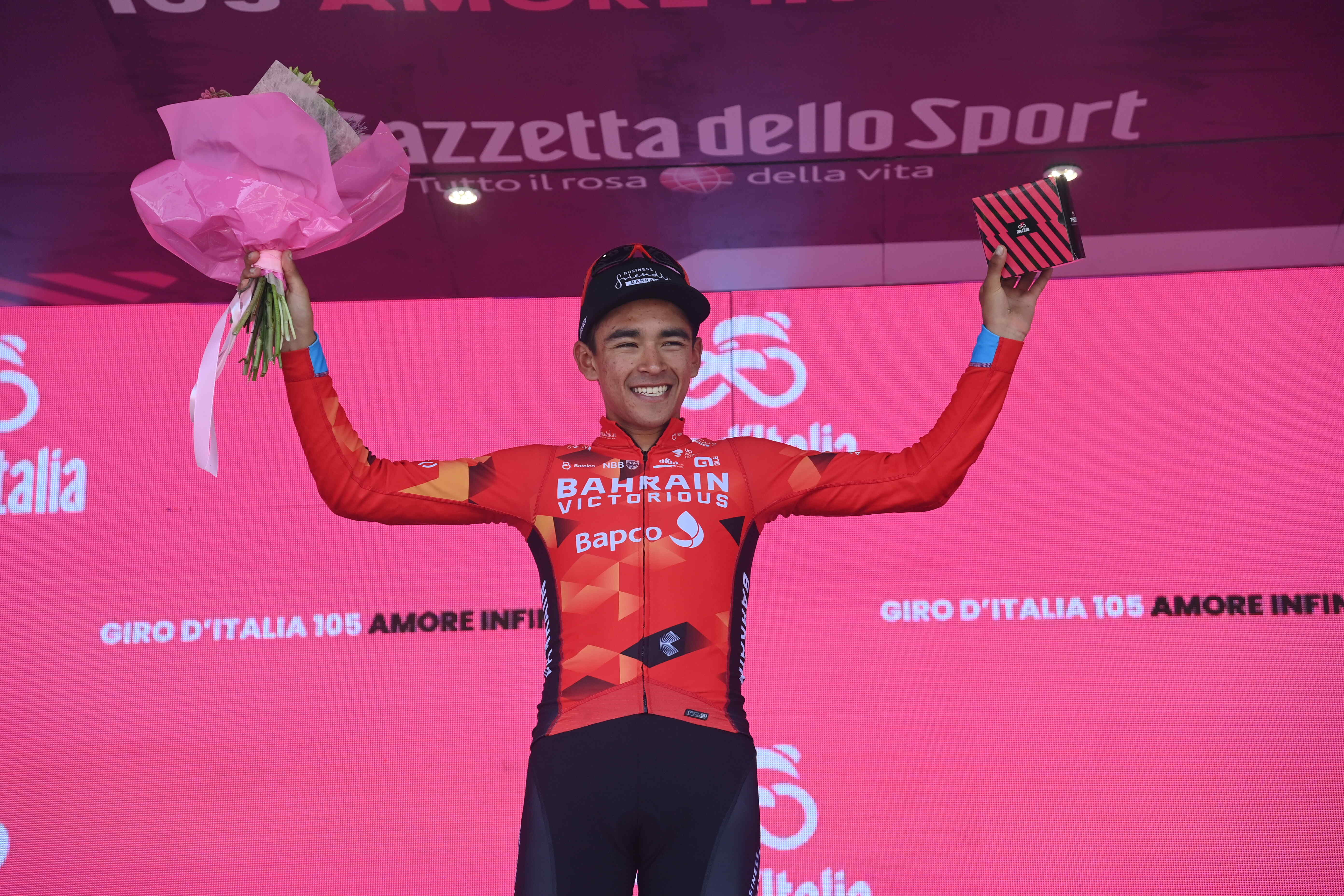 On Menador, however, Buitrago brought all his talent to the table and moved at just the right moment, waving goodbye to Carthy and Hirt and setting off on a solo chase of the two outriders. Van der Poel, after playing the alien for a few kilometers, suddenly came back to earth. His light went off abruptly on the Menador ramps, while the young Leemreize handled himself perfectly and began to lull dreams of glory. Buitrago, however, did his math perfectly and got back on the leader in the last few hundred meters of the climb, posting a searing progression in the final 200 meters before the top of the climb, when Leemreize’s legs screamed red alert. At the finish in Lavarone, this time, it was tears of joy for Santiago. The Giro d’Italia is once again enjoying a talent from Colombia; the last had been Egan Bernal, lifting the Trofeo Senza Fine in Milan in the last edition.

But what happened among the big boys of the GC? We could copy-paste what we wrote yesterday: balance reigns supreme. By now it seems to be a chess game. Richard Carapaz (Ineos Grenadiers), Jai Hindley (Bora-hansgrohe), and Mikel Landa (Bahrain Victorious) on the climbs are equivalent, with the first two seeming overall, however, to have a little something more than the Basque, at least in terms of explosiveness (and thus bonuses). The only extra thing the Menador told us is that Joao Almeida has moved a bit away from the podium, having lost 1’10” from the Maglia Rosa. The chess match continues. 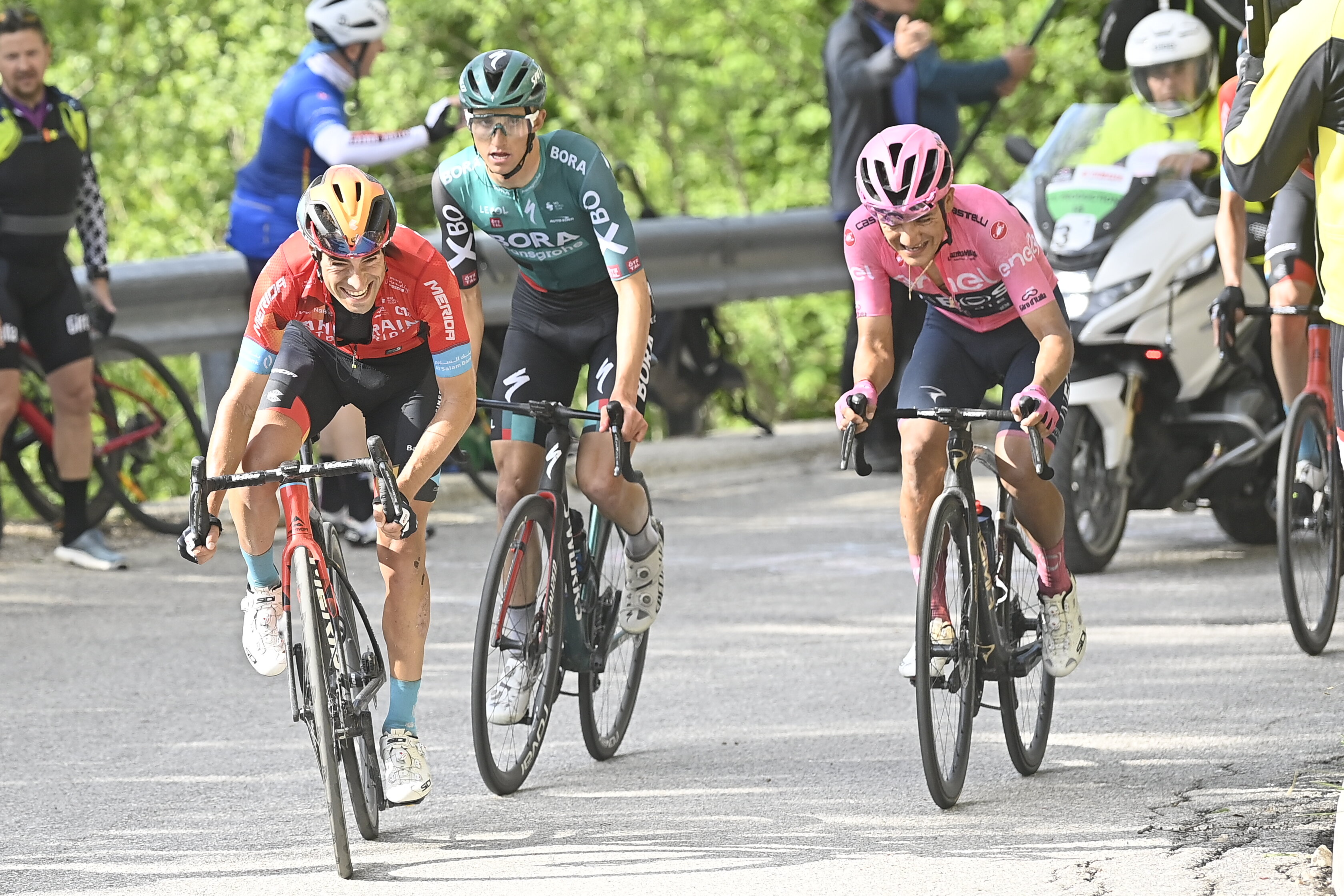