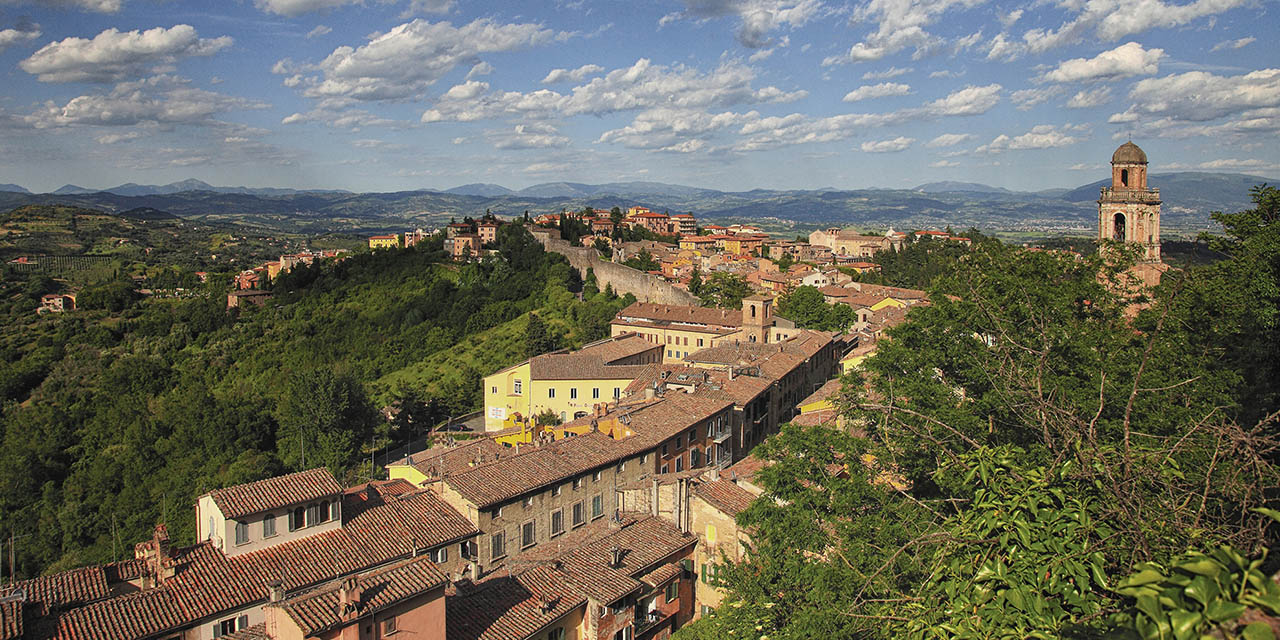 Umbria is a region of central Italy, bordered by Tuscany, Marche and Lazio; it is referred to as “the green heart of Italy”. It is an inland region, having no coastline; its territory is mainly hilly and mountainous, with multiple river basins such as the Val Tiberina, which is crossed by the Tiber River. The region is home to the Trasimeno and Piediluco lakes. Its territory is marked by green, low hills, with towns and villages of different sizes, having a long, rich history and a prominently Mediaeval look.

The region was already inhabited by the Umbri and the Etruscans back in proto-history, and afterwards became part of the Roman Empire. It was also subsumed into the Papal States. Its many museums contain an impressive number and variety of artistic works, such as the tiny statue known as the “Venus of Trasimeno”, dating back to the Upper Palaeolithic, which was found on the shores of the lake of the same name.

The region has two provinces: Perugia, the regional capital, and Terni. The Cascate delle Marmore (Marmore’s Falls), near Terni, are one of the major natural landmarks of the region.

The economy of the region is based on four pillars: industry, handicraft, agriculture and tourism. Umbria is also renowned for its traditional ceramics manufacturing. Viticulture, especially in the Orvieto area, and olive growing are the main activities of the region’s well-developed agriculture, which is well integrated with the industrial and tertiary sectors.

Local gastronomy mainly offers meat produce and is best renowned for its charcuterie, produced especially around Norcia: which is why the Italian word “norcino” is used to describe the operators and products of this industry, such as wild game and meat. The many typical desserts of Umbria are just as delicious. Chocolate is one of the most esteemed products of the region, which is even home to a “chocolate district” in the Perugia area.

Tourism and all related activities are a main driver of the economy of the region. Religious tourism plays a major role in this respect. Umbria was home to the founder of monasticism, St. Benedict of Nursia, to St. Francis of Assisi, to St. Clare and to St. Rita of Cascia; all of them were major figures in the Catholic world, whose life and charitable acts are remembered by major architectural and spiritual landmarks.

The Cathedral of Orvieto, Palazzo dei Consoli in Gubbio, Piazza dei Popoli and the Duomo dell’Annunziata in Todi, the Cathedrals of Terni, Assisi and Santa Maria degli Angeli, together with all the Franciscan places of worship that were rebuilt and restored after the 1997 earthquake, which severely damaged many religious and non-religious historical buildings, are the major landmarks in such a rich region.

Many cities and towns host a number of events, especially in the summertime. The most famous folk events include the Corsa dei Ceri (Gubbio), the Giostra della Quintana (Foligno, which recalls 17-century customs), the Mediaeval festival of Calendimaggio (Assisi) and the Corsa all’Anello (Narni).

Other major national and international cultural events, ranging from music to theatre, include the Festival dei Due Mondi (Spoleto) and the Umbria Jazz Festival (Perugia). 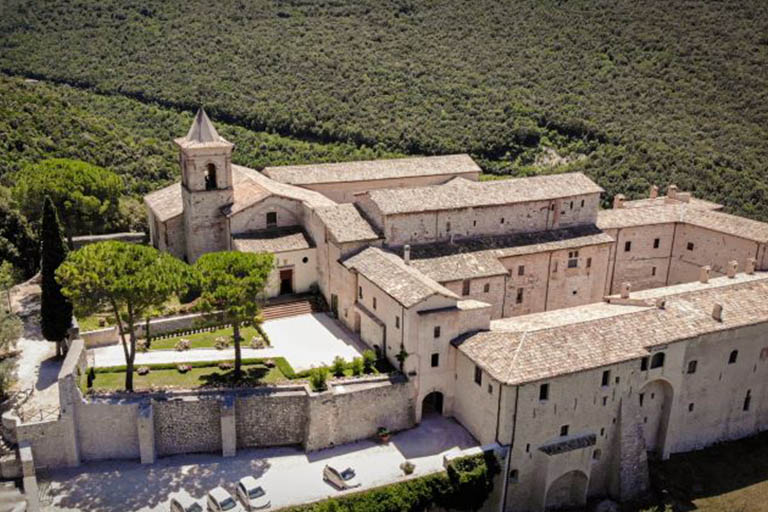 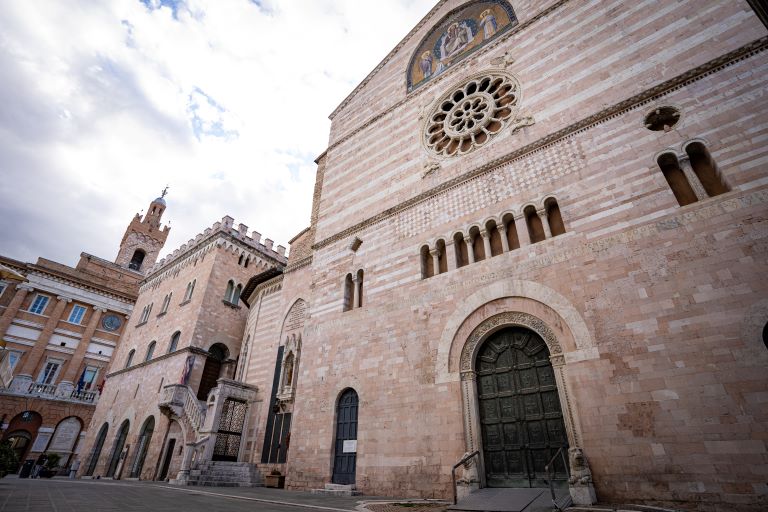 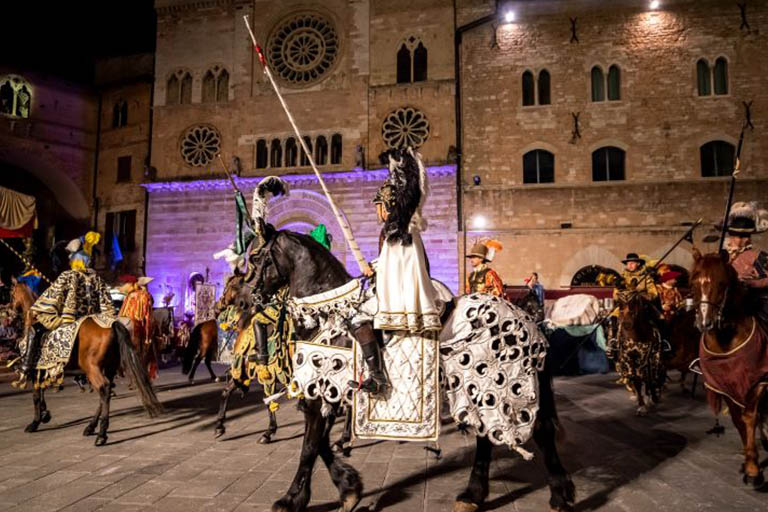 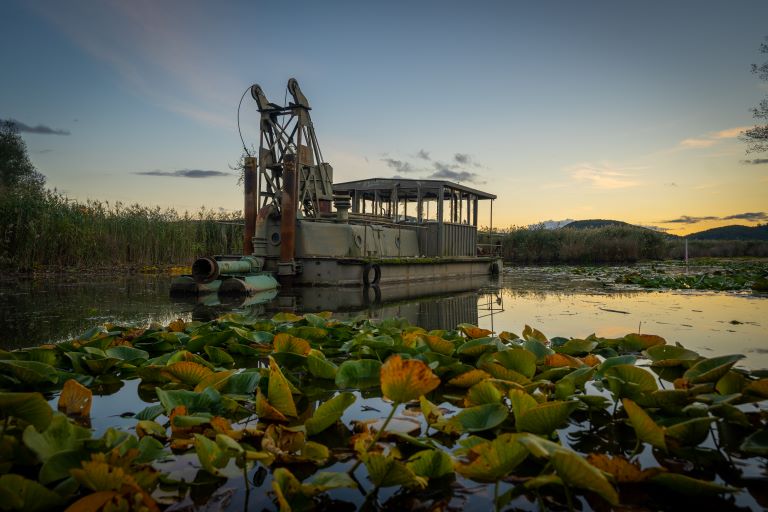 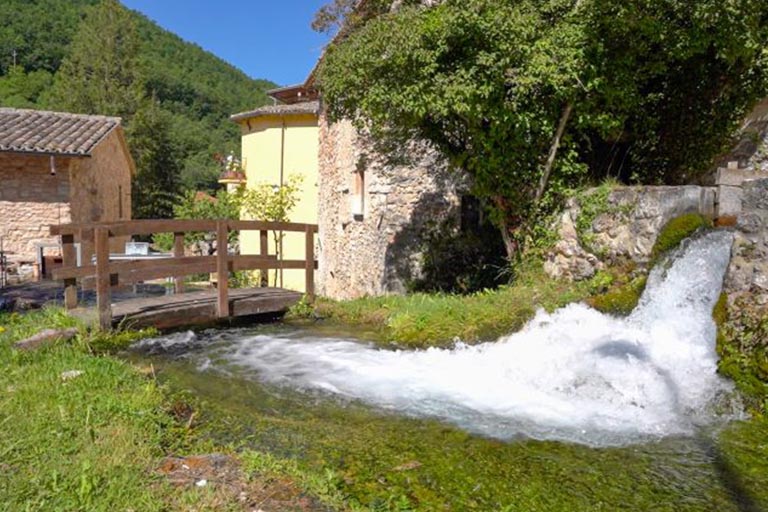 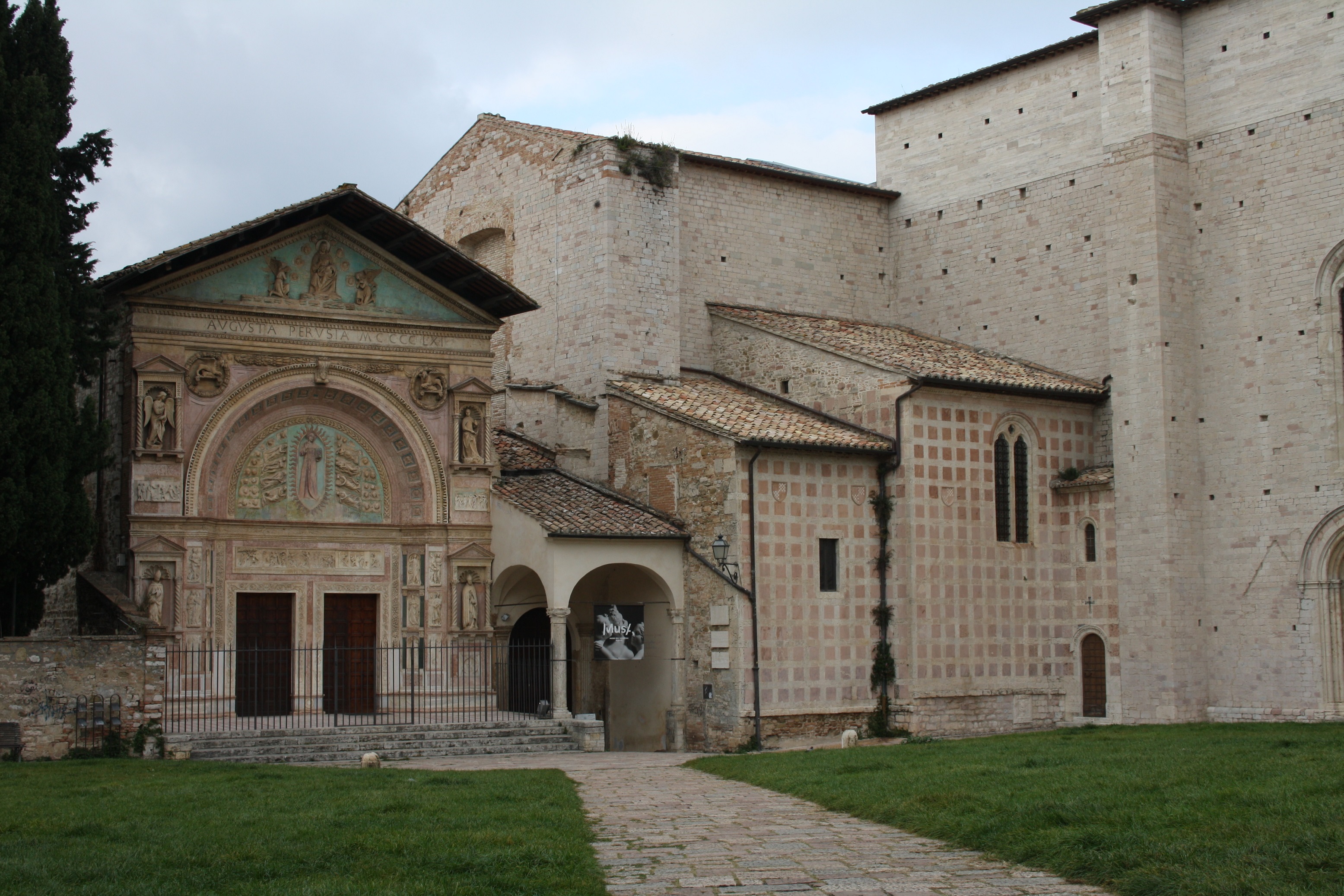 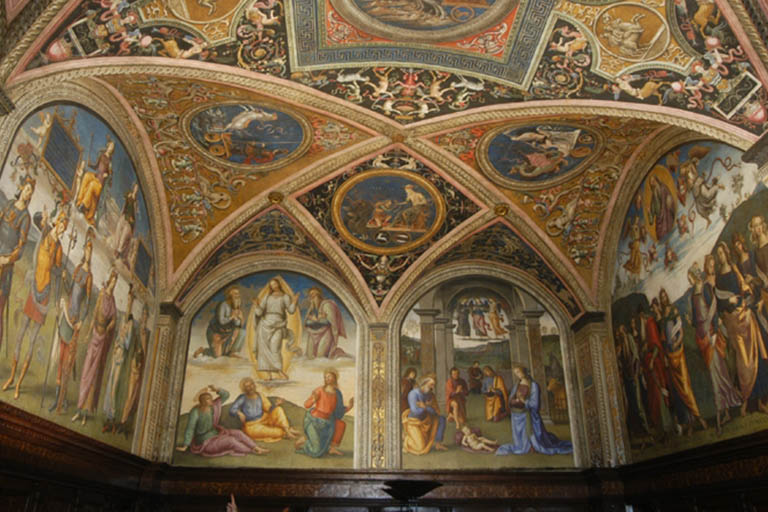 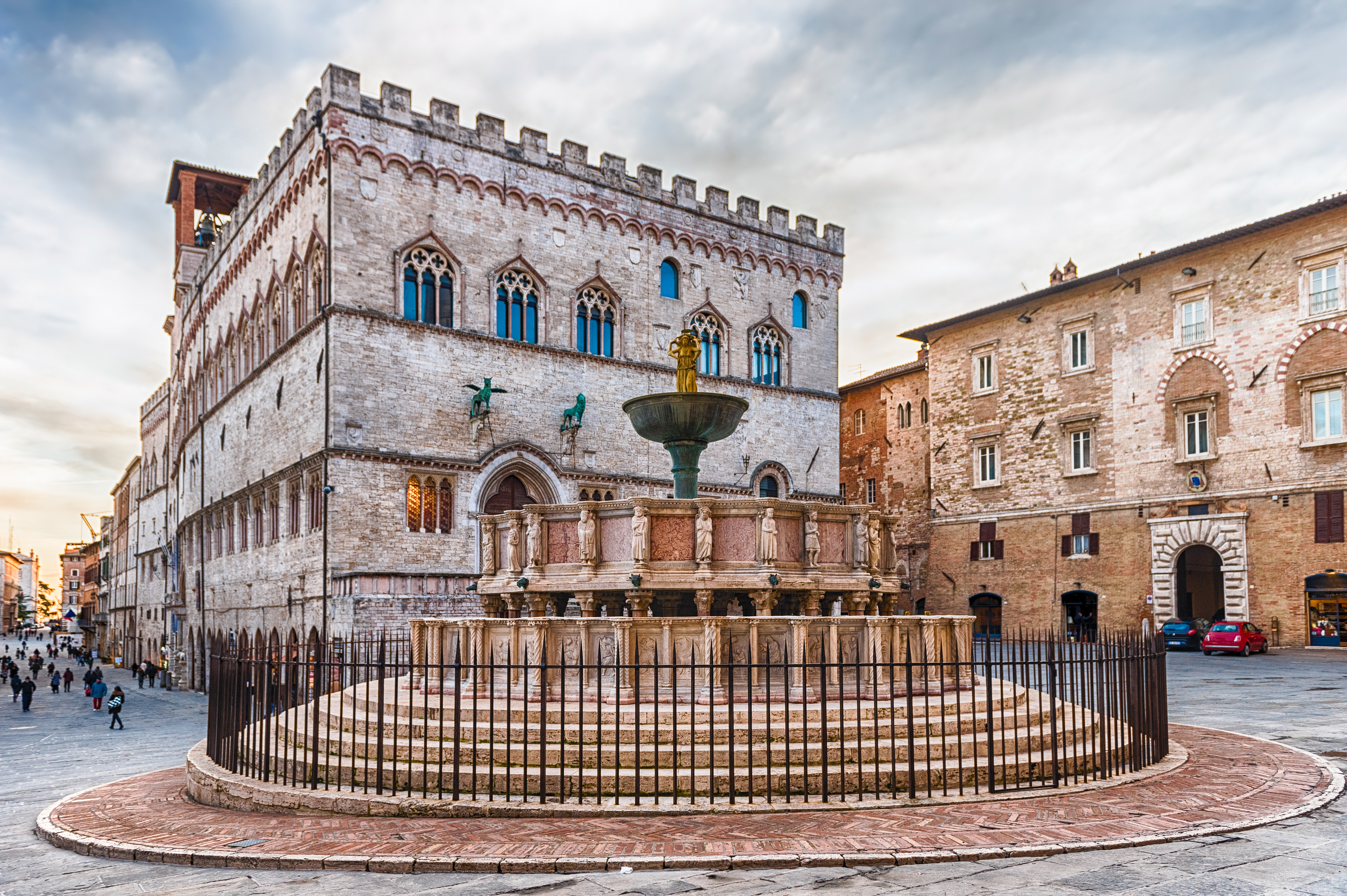