Athletes and actors both talk about performance, and the two are beginning to coincide. After all, actors are spending half their lives in the gym, while sport is being played out more and more for the television cameras, to be broadcast to fans who are separated from their heroes by a one-way screen. Which is why the Giro is forever visiting places like yesterday’s finish town, Matera, and today’s start town, Giovinazzo: places of great visual beauty which have, between then, provided the backdrops to dozens of movies.

We grow up watching the screen, and learn our body language from actors who are performing for cameras, which is why the Australian director Peter Weir, casting for his film “Master and Commander,” went behind the Iron Curtain to look for people who hadn’t grown up with what he called “the Kodak moments” – people who didn’t project to the camera. “I wanted faces that could look down the barrel of the lens and remain truthful, as with early photographs of tribal people, where there is no projection, there is no sending a message to the lens.”

As Alex Dowsett approached the finish line this late afternoon, not quite knowing how to celebrate ,we saw not an egotistical display of self-worship, but genuine emotion, as the magnitude of his achievement slowly dawned on him. And it was wonderful. 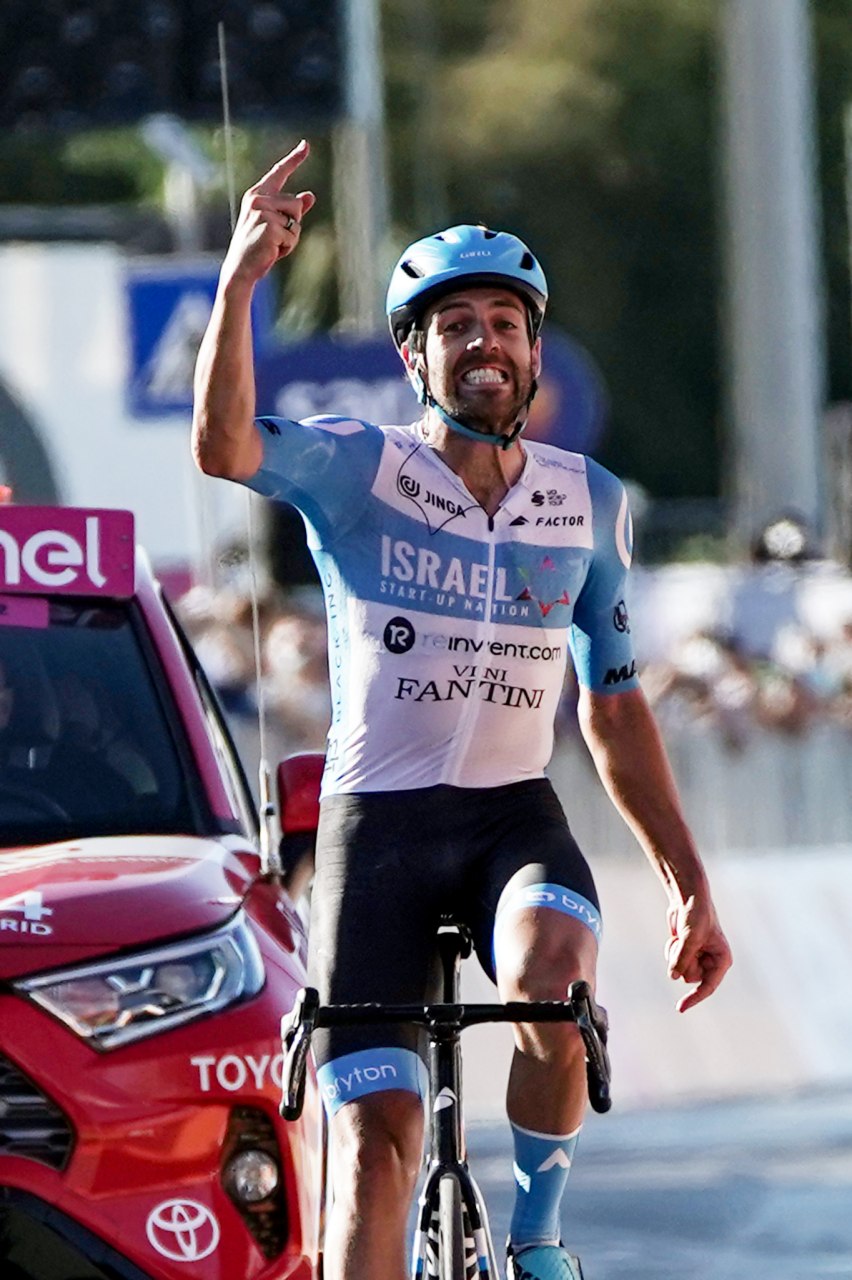 Time trial specialists are a tribe of their own, with their own rules, language, worldview. For them, we live, not on the outermost surface of the earth, but in the depths of an ocean of air, where every movement encounters the resistance of the atmospheric pressure. They thrive in an apnoea that others find oppressive. Sprinters spend their lives sending messages to the camera lens. Their finish line act is carefully cultivated, a hot-blooded version of cool choreographed for the photographers and the super-slow motion camera. Testers, by contrast, are hunched in aero positions and hidden behind visors. They never show their face, and never raise their arms on the finish line. Not when every ten-thousandth of a second counts. And why would they? They never know they’ve won until much later. It is a different kind of satisfaction. And sprinters win more than time trialists, so they get more chances to perfect the theatre of victory. 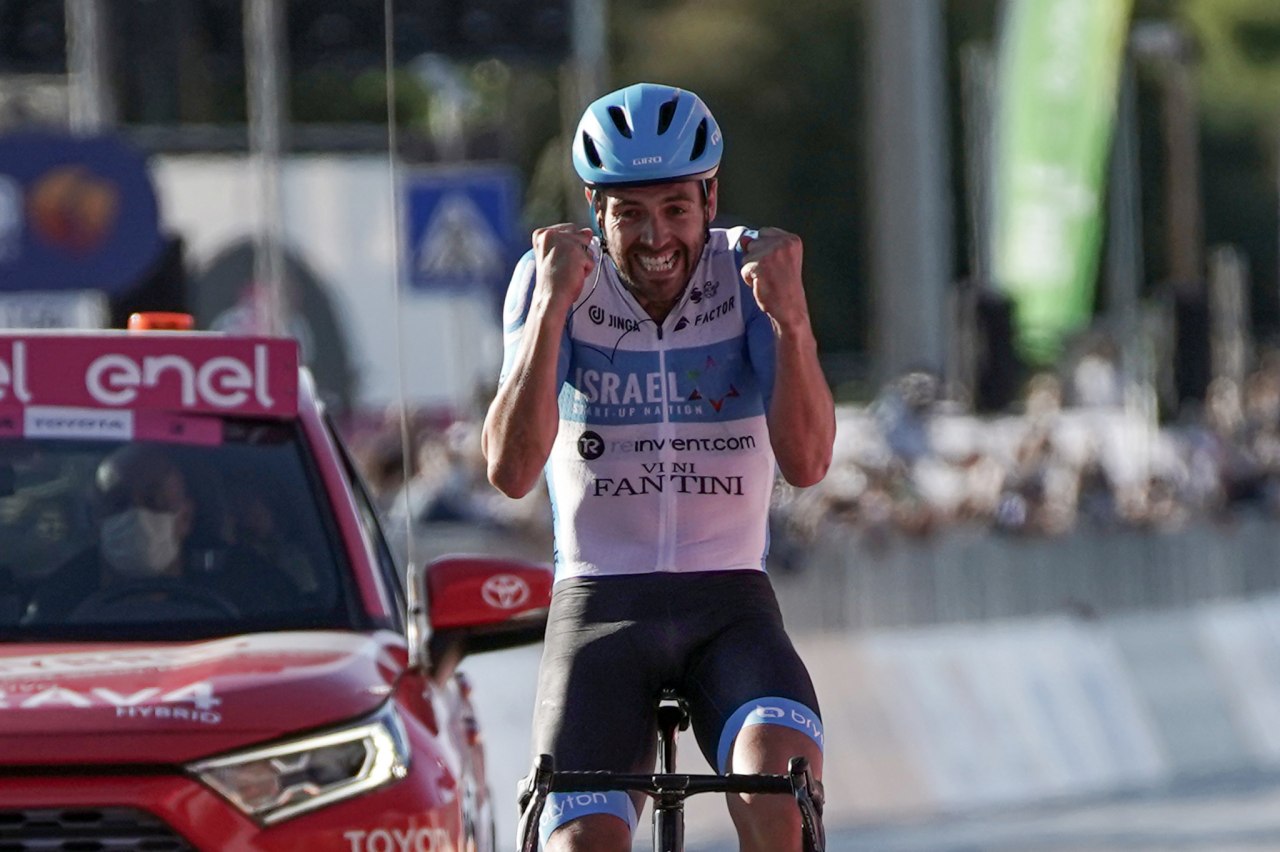 In 2013, when Dowsett completed the Gabicce Mare-Saltara time trial 10 seconds ahead of Bradley Wiggins, he couldn’t gesture in triumph on the finish line. That was seven years 4 months and 29 days ago, and he was a different rider then, full of future, hoping one day perhaps to be world time trial champion. Today, an older, wiser man, with a different perspective – he turned 32 last week and will become a father this winter –he won his second Giro d’Italia stage, after a time trial of sorts: an 18 km solo attack won with 1’15” over three chasers. It was the 15th win of his career, and one of the most beautiful. 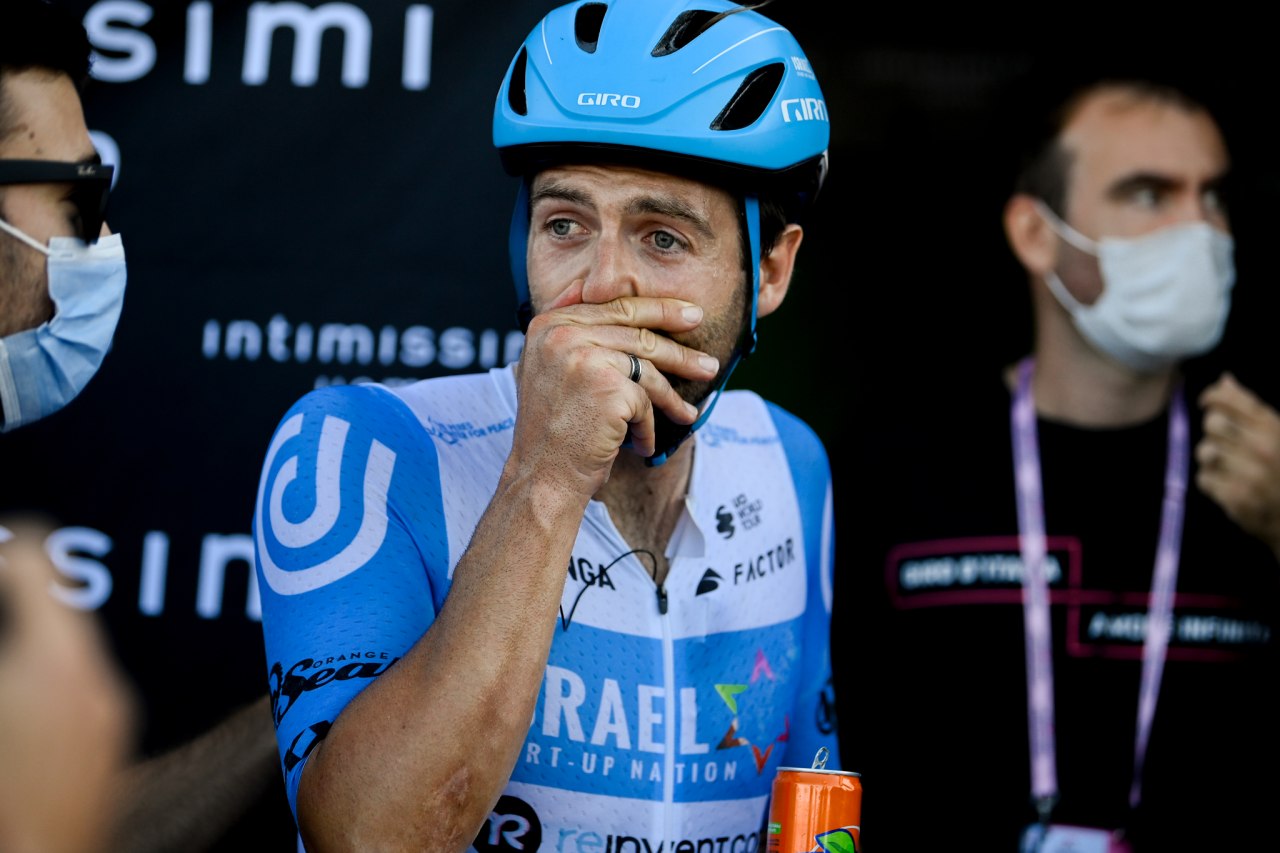