Things start to get serious with the Diamante-Potenza on Lucanian soil, 196 kilometres without a single metre of plain. A good 4510 metres of elevation gain are scheduled for today, which is why no one will be able to sleep soundly. The terrain is ideal for ambushes, the men in the rankings will have to be constantly vigilant and the tussle to get into the breakaway is going to be very close. The spectacle should be assured.

The route
A very demanding stage through the Lucanian Apennines. The start along the sea provides the only flat part. After Maratea the sequence of more or less demanding asperities is uninterrupted. We climb the Colla pass that leads to Lauria where we tackle Monte Sirino. Long junction with Viggiano where we climb the short and demanding Montagna Grande di Viggiano. Last climb up Sellata to reach Potenza. The entire route faces roads in different states of preservation, averagely narrow with countless curves following the sides of the mountains.

Last kilometres
Last kilometres entirely in the middle of the city. We climb into the centre often with steep slopes to then descend along wide, well-paved avenues. At 2 km from the finish a short tunnel leads to the boulevards towards the finish. Last 350 m at 8% with a maximum of 13%. Arrival on asphalt. 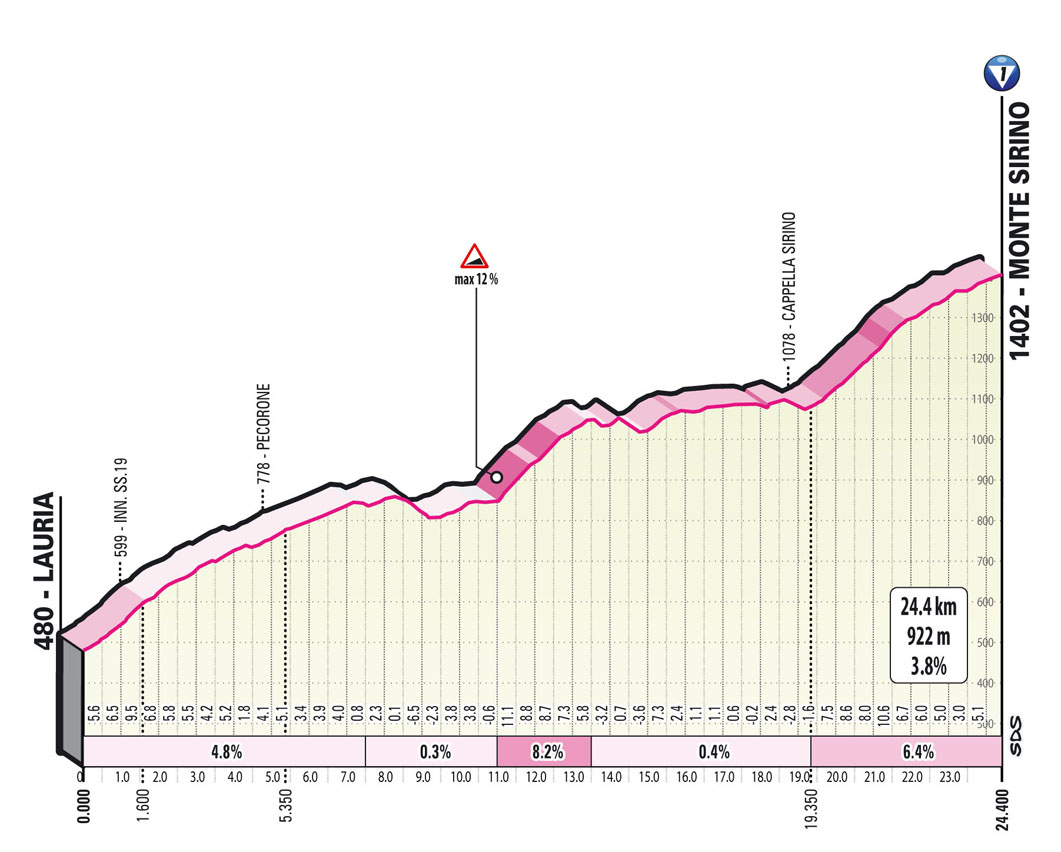 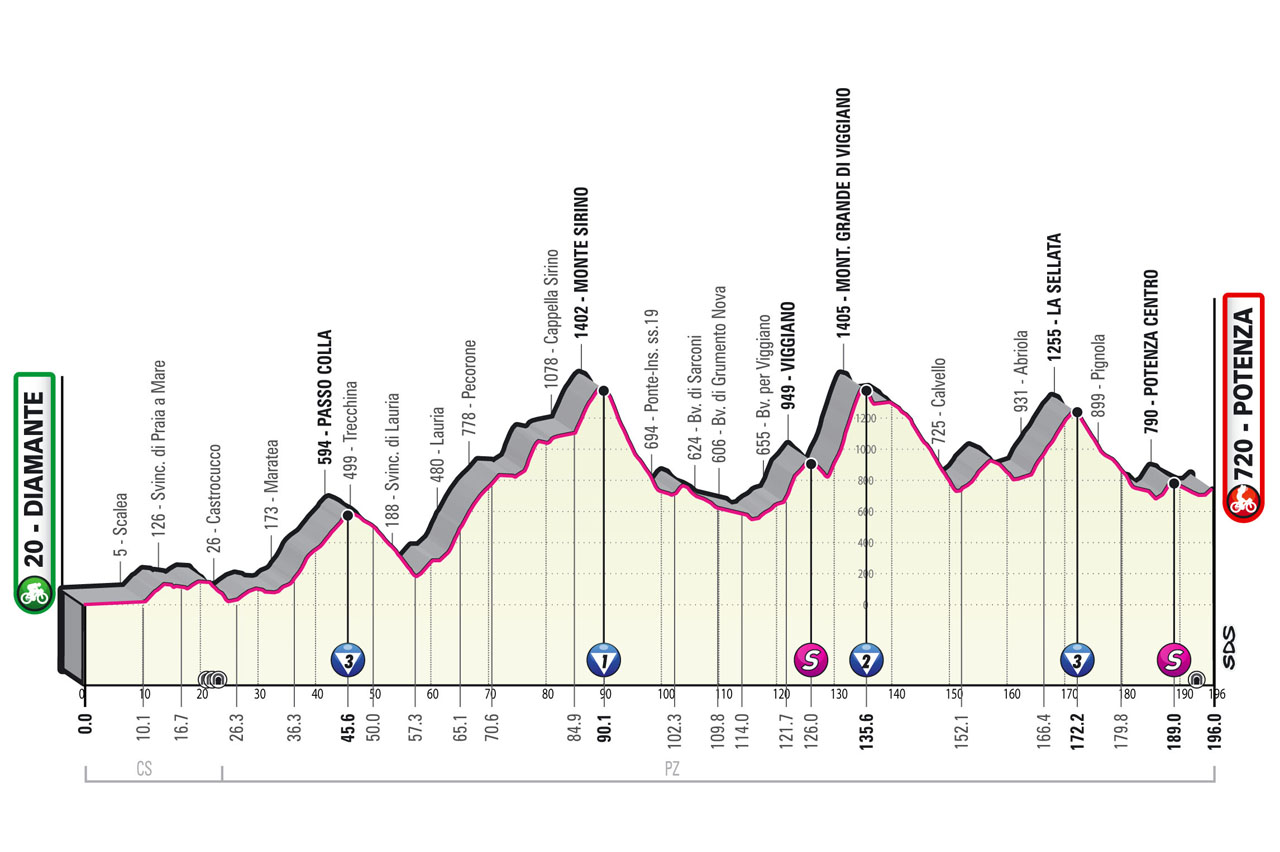 Will the breakaway make it?

The route is suitable for attacks from afar and it will be very difficult for teams to keep the race closed. In addition, there are four KOMs, including the first-category Monte Sirino, which is why those who want to have a say in the Maglia Azzurra could also make a move. Lennard Kämna (Bora-hansgrohe) has shown that he cares, but at the moment he is also second in the GC thanks to the breakaway on Mount Etna, which will put him on everyone’s radar, first and foremost the Maglia Rosa Juanpe Lopez (Trek-Segafredo).

Then there is Mathieu Van der Poel (Alpecin-Fenix), who has shown in the past that he can excel on routes like these. His goal in this Giro is to have fun and tomorrow, if he wants to, he can do that. Some skirmishes in the top positions of the general classification cannot be ruled out either, with Lopez being called upon to the first real test.

Maglia Ciclamino, leader of the points classification, dedicated to Made in Italy  – Arnaud Démare (Groupama-FDJ)