The great stage races have many stories. Today’s start town, Castrovillari, lies in the Pollino National Park, Italy’s largest and the home of Europe’s oldest tree, a Heldreich’s pine thought to be 1,230 years old. Crossing the park is the River Coscile, known to its Greek Achaean settlers in the 8th century BC as the Sybaris. They gave the same name to the town they founded overlooking the Gulf of Taranto, about which ancient historians wrote unlikely tales: that townsfold wore haute couture, sated themselves at banquets paid for by the state, and devoted themselves to sexual pleasure. From them we derive the word “sybarite.” The finish town, Matera, one of the world’s oldest continuous settlements, along with Aleppo and Jericho, was forgotten until Pier Paolo Pasolini chose to shoot The Gospel according to Saint Matthew there in 1964. Many years later, the actor who played Jesus, Enrique Irazoqui, remembered the townfolk asking him if he could perform a miracle, and getting angry when they saw him with a cigarette, “because Jesus didn’t smoke.”

“I said, ‘I am not Christ. I am an actor who is portraying Christ.’ … They didn’t understand: the difference between an actor and the part he portrays did not exist for them.” 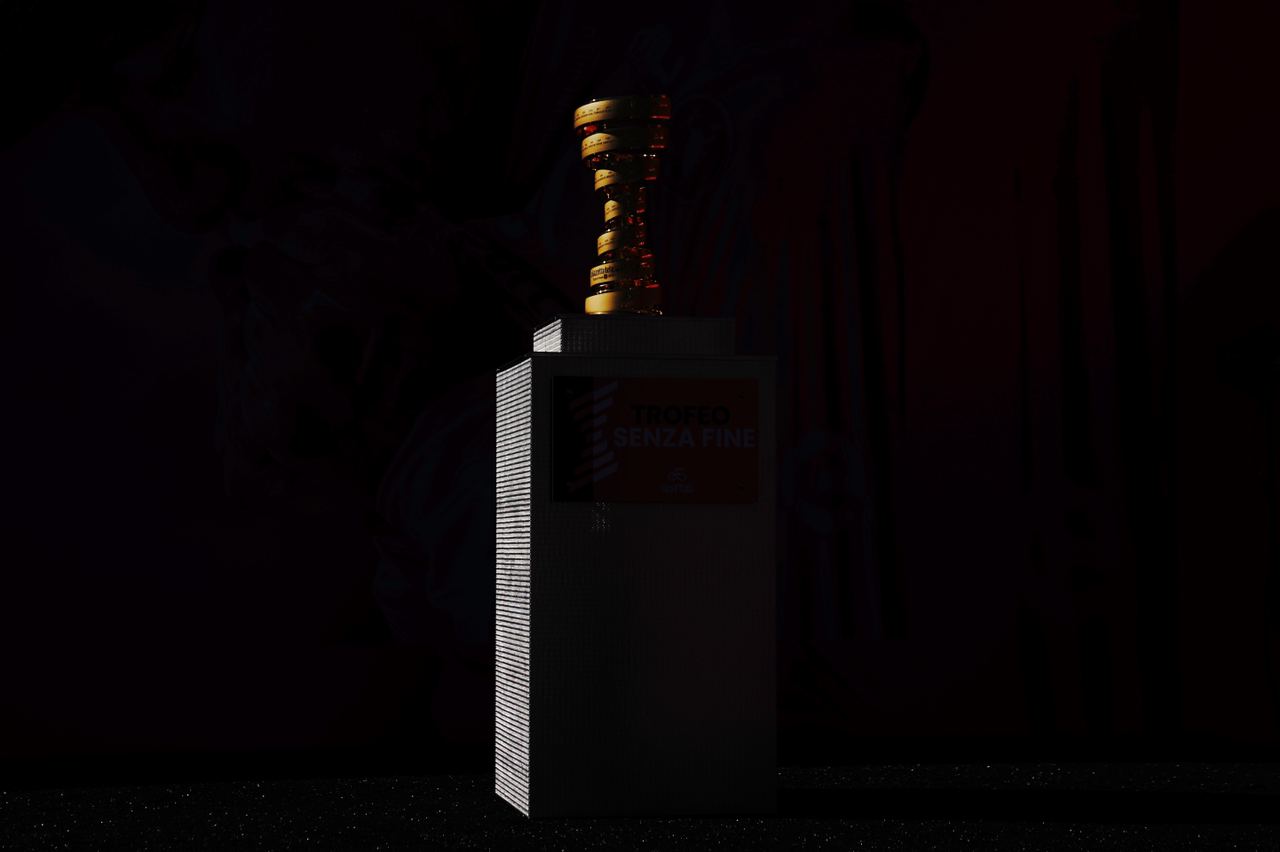 Of course, the world as we know it is devoid of miracles. Societies like ours banish the realm of wonder to circumscribed spaces like sport. We watch, cloaked in our longing for the extraordinary. Arnaud Démare (GFC) obliged today with a sprint that could almost have been another breakaway, and earned him the Maglia Ciclamino.

But what about the actual breakaway riders Mattia Bais, (ANS), Marco Frapporti (THR), Filippo Zana (BCF) and James Whelan (EF1)? What did they offer to wonder at? Frapporti had 4 mountain points and Bais 2, but there were only 3 on offer, so that wasn’t it. There was the Fuga Bianchi table, of course, with Bais 14th on 136 breakaway kilometres, and Frapporti 23rd with 75 kms. Zana and Whelan were in their first attack of the race. None of the four had a Maglia Ciclamino point to his name.

Part of it was a sense of neatness: Androni-Giocattoli-Sidermec and Vini Zabu-Brado-KTM had had a rider in every breakaway so far, and it would have been a shame to have spoiled their record. In any case, there is always another competition – in this case, the ‘”Amaro del Capo” Intermediate sprints” classification, in which Bais started the stage 6th with 12 points, and Frapporti 9th, with 10 points. The leader in a category few viewers were even aware of, Thomas De Gendt, had 20 points, and each of the intermediate sprints offered 10 points. 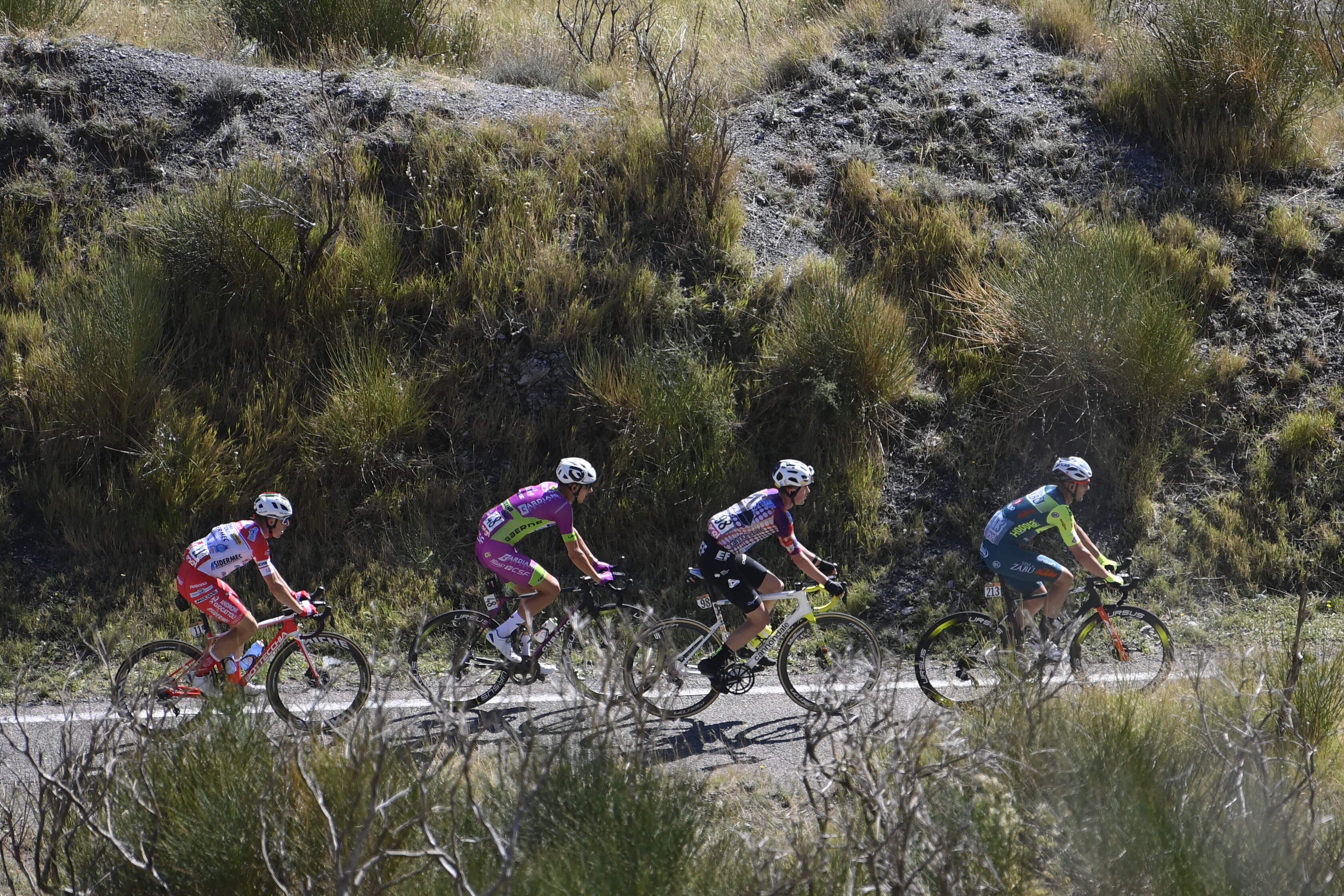 Perhaps Frapporti had forgotten it existed too, for Bais went unchallenged at the first sprint and took the lead, 2 points ahead of De Gendt. 55.9 km later, Frapporti took maximum points, with Bais second. To many, their jousting must have been incomprehensible. To the two involved, it was – well, not quite life and death, but well worth the effort.

If we fail to be inspired, it is because we are like the people of Matera, incapable of understanding the difference between the actors in their coloured garb and the fantasies they are required to perform. But sometimes in sport, earning a living through the cash these important sub-competitions provide, has to be enough.