With yesterday’s long awaited time trial done, the GC had a settled look last night. True, none of the contenders had actually attacked, apart from Bilbao, on a descent on the road to Tortoreto. Yet, with young guns Almeida and McNulty first and fourth, proven talents Kelderman and Bilbao second and third, and those wily old campaigners Nibali, Majka and Pozzovivo ready to pounce in the final week, and a final climb today that, in Wilco Kelderman’s words this morning, didn’t look long enough to open big gaps, Stage 15 looked like one for the breakaway. 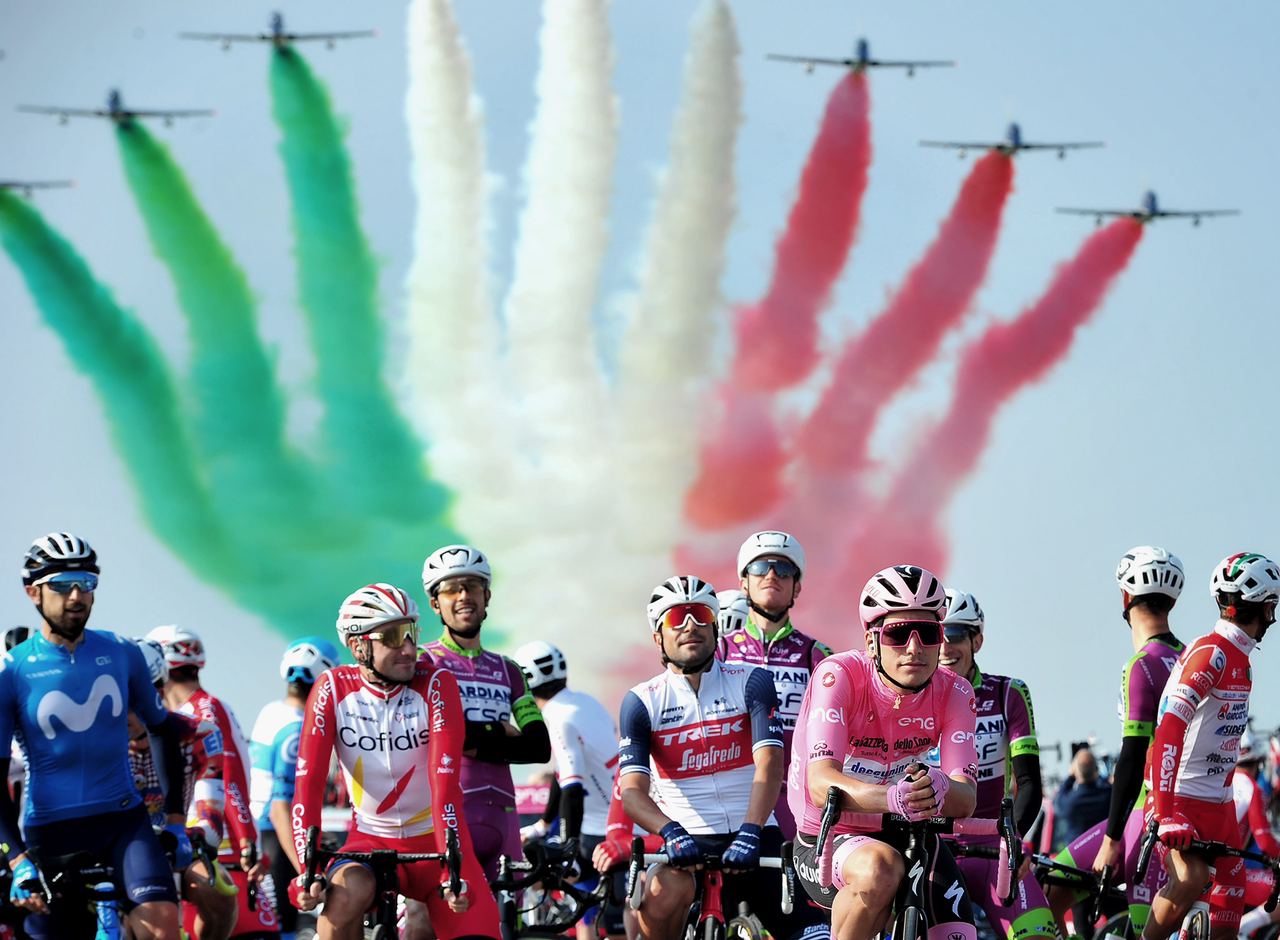 Padun, Navarro, De Gendt, Vendrame, Visconti, Boaro, Dennis, Chirico, Holmes, Villella and, later, Samitier duly tried. By winning the first two Cat. 2 climbs, and finished third in the third of them, Visconti amassed 42 mountain points today and took the Maglia Azzurra from Ruben Guerreiro by 31 points, 118 to 87. But, with the Cima Coppi and 8 of the 13 Cat. 1 climbs still to climb, 478 mountain points remain to be won, so the jersey is far from certain for him. 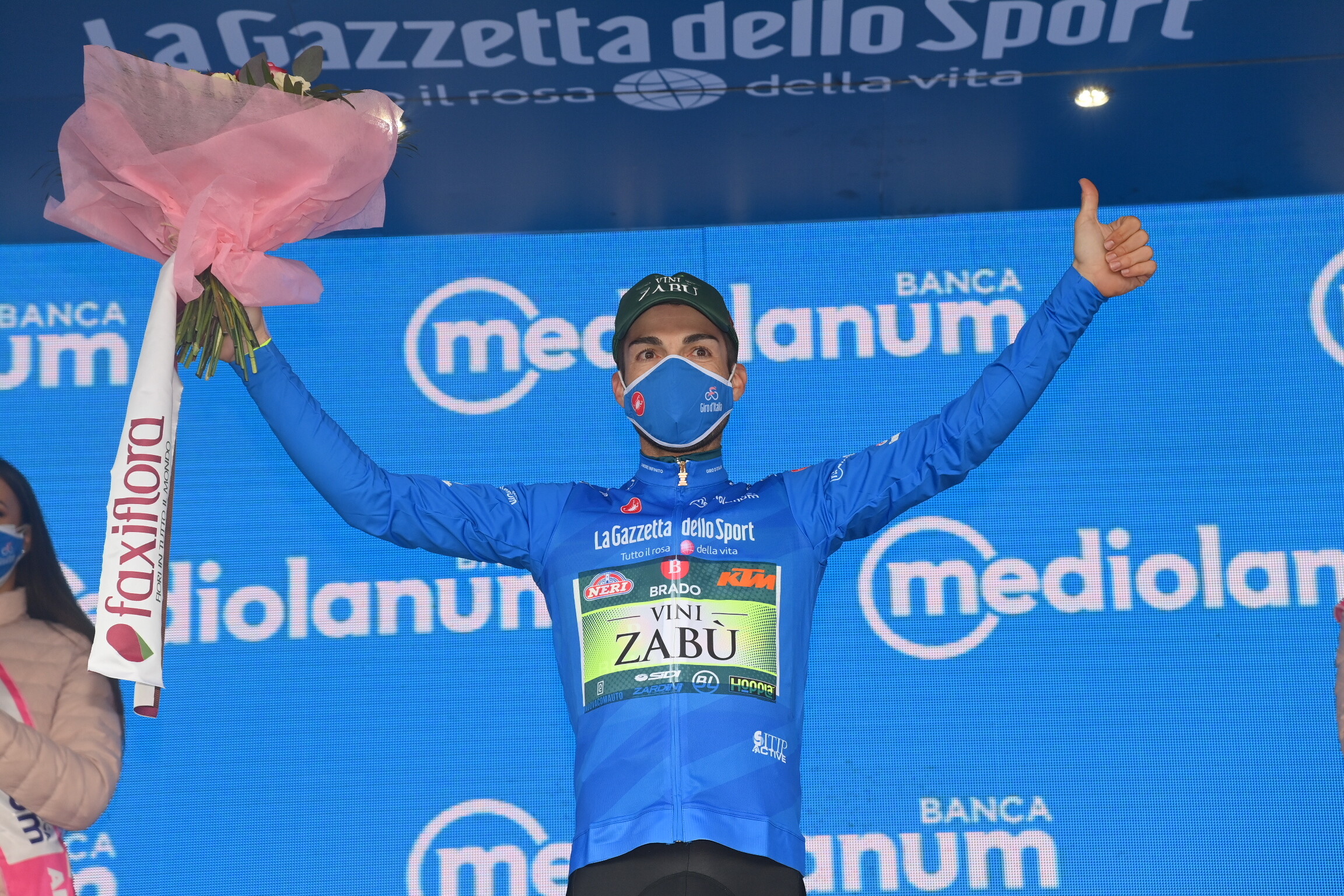 Just after the second intermediate sprint at Poffabro (km 135.9, with 49.1 km to go), Dennis took off. He held off the group of contenders until just inside 10km to go. The group the passed him was 8 riders strong: Almeida and his helper Masnada, Kelderman and his team-mates Hamilton and Hindley. Majka, and Dennis’s colleague Geoghegan Hart.

The decisive move cam with 7 km to go, when Hindley, Kelderman and Geoghegan Hart opened a gap. The Maglia Rosa, isolated now, was left to chase on his own.

A sparkling final sprint brought the engaging Tao Geoghegan Hart his first WorldTour win, and the Ineos Grenadiers a rare moment of mountain joy this Grand Tour season. As the gaps behind him yawned, he and Hindley, 3rd in the stage, moved up into 3rd and 4th overall. Almeida hung on to the jersey by 15”, as Kelderman showed he has the legs and the team to win this Giro.

With one proviso. Each year, a double page spread towards the front of the Garibaldi – the Giro Roadbook – gives miniature profiles of all the stages side by side. Stage 17, Bassano del Grappa to Madonna di Campiglio, looks exactly the same as Stage 15 except enlarged by about 100%. Stage 18, Pinzolo to Laghi di Cancano looks like Stage 17 but doubled again. And Stage 20 to Sestriere looks like Stage 18, but with all the mountainous spikes compressed to the right-hand half of the graphic.

In other words, there is still a huge amount of climbing to go before the Giro d’Italia is won. 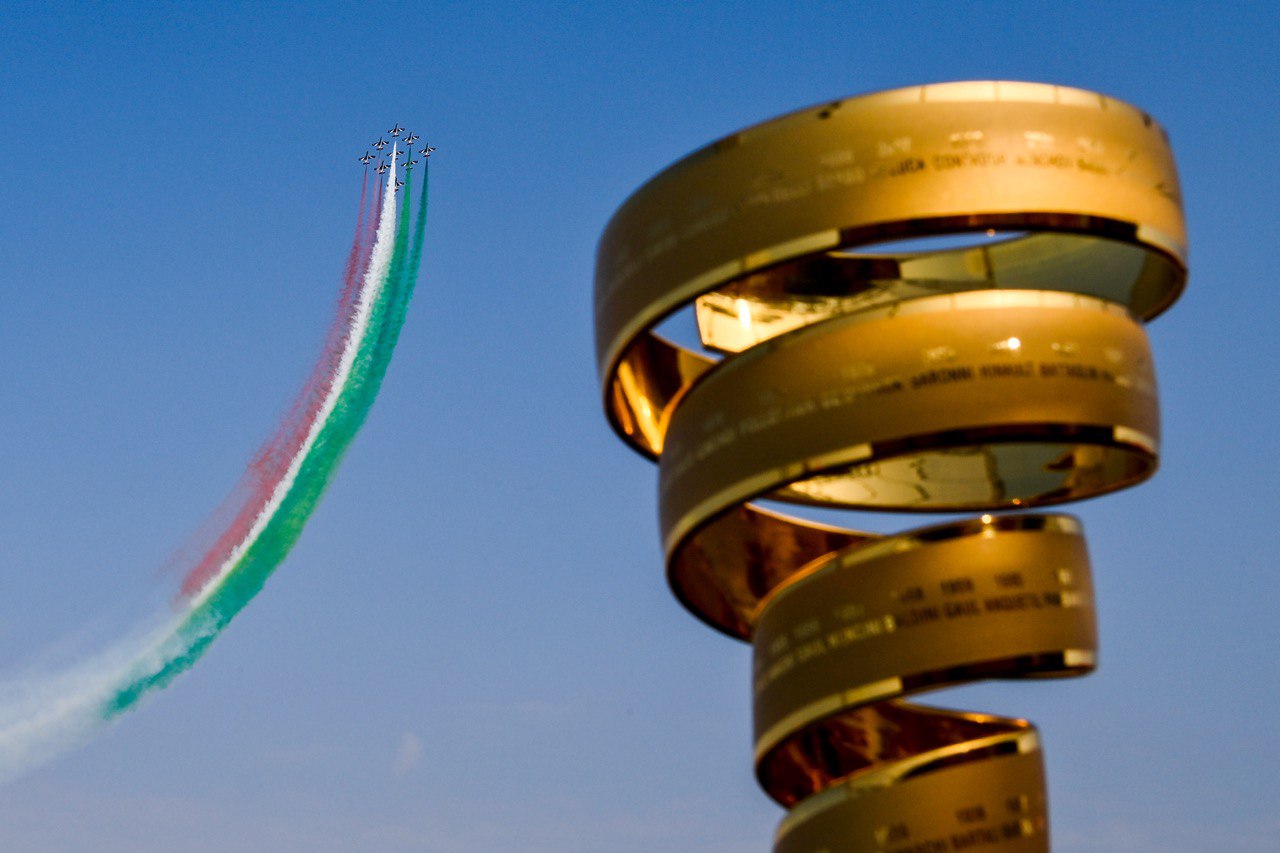