Try to follow a time trial out of the corner of your eye, while doing something else, and you’ll make no sense of it. You might as well not bother. All right, today you could have worked out that Brändle, then Campenaerts, then Dennis, set the best times at every split point, before Ganna powered his way through to a victory as foretold as any in recent sporting history. But you could probably have guessed all of that in advance. The beauty of it only appears when you pay close attention: his split times, compared with Rohan Dennis, were perfect: one second better after 7.4 km, five seconds better after 17.1 km, 18 seconds better after 25.1 km and 26 seconds better on the finish line at km 34.1.

McNulty, who set off 62 minutes after Ganna, had an equally straightforward and, in its way, brilliant ride. The seventh youngest man in the race at 22 and 185 days (which still makes him 120 days older than the Maglia Rosa), rode to third place at all the intermediate timing points, and on the finish line too.

Almeida himself, last off, never dropped below 6th and gained significant seconds on everyone who was in the top ten before the stage. Only McNulty, 11th before he started, gained 22 seconds on Almeida and considerably more on all the rest. They, and Kelderman, 9th today, 16 seconds slower than Almeida, and still solidly second after the stage, were the winners with Ganna today.

So far, so good. But remember the way Soduku is thought by some to stave off senility by exercising synapses that would otherwise fall into disuse? The time trial too is a potential preserver of quality of life in the Third Age, providing you are fully committed. And when you are, new perspectives appear before you: that, for instance, Vincenzo Nibali reached the second split at 17.1 km a second slower than Fuglsang, but finished the stage 19 seconds faster than the Dane, who ran out of power in the second half. Or that Pozzovivo reached the first split 7″ quicker than Nibali, made the second one 10” slower, but rallied to finish just 7 seconds behind him. He only had a 4” lead over the Sicilian in GC, so he ended the day 3″ behind him. More seriously, Pozzovivo also conceded 1’52” to McNulty, who moved above him in GC.

Or, more exquisitely, that Pello Bilbao, third in GC this morning, started the stage 18″ ahead of Nibali, and had, by the third split at km 25.1, conceded those 18” and one more to him, effectively dropping a second behind him in GC. But, just as his podium place seemed, to the casual observer, to be slipping away, he rode the final section 20″ faster. It was near perfect pacing, given the resources of strength available to him. Pello’s final 9km kept him on the podium, McNulty off it, and the time-trial following public on target for a long and healthy retirement. 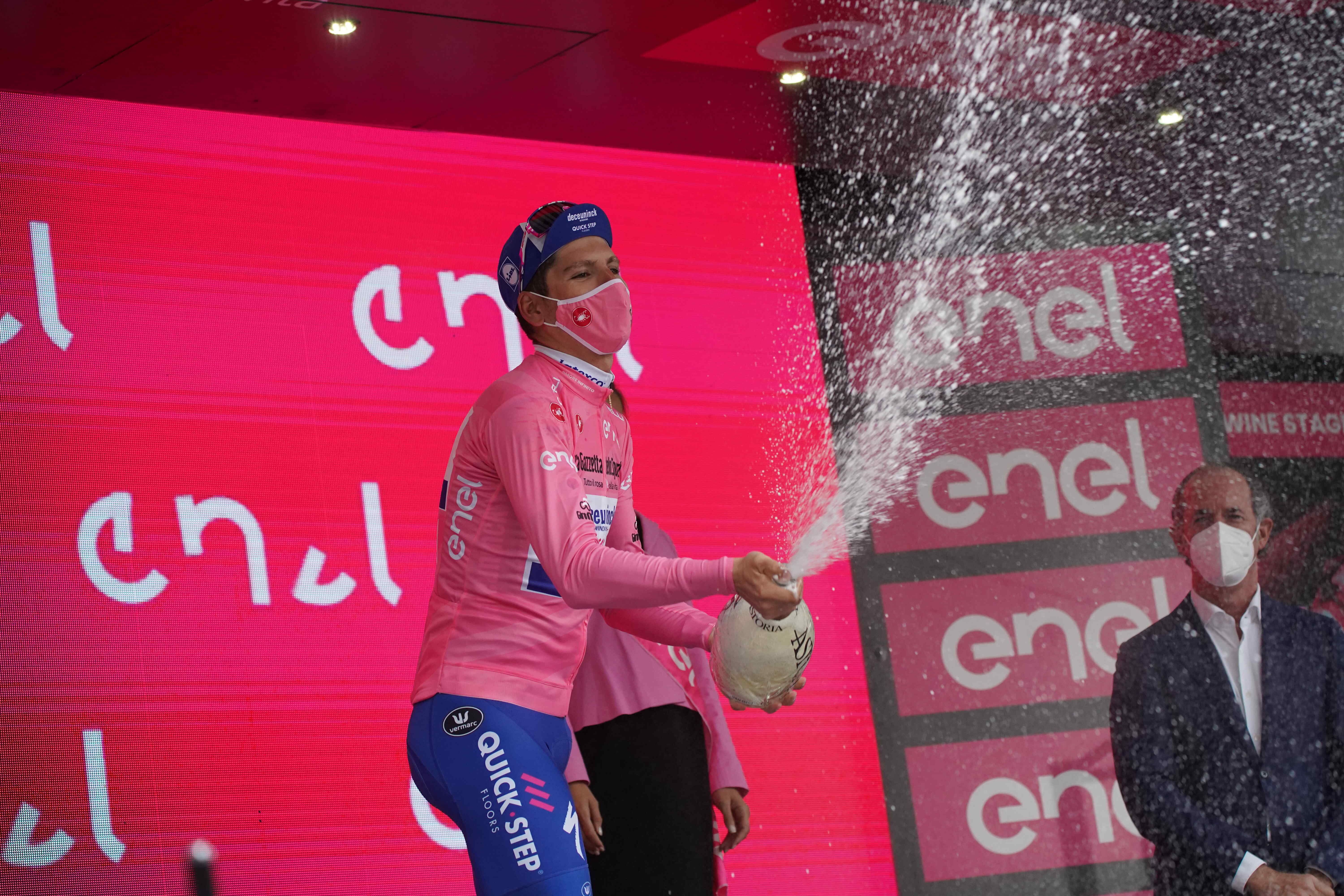