Nine teams and six jerseys: here’s the summary of the challenge that awaits the riders of the Giro-E 2021, starting today. The tour, now in its third edition, has been conceived by Giro d’Italia organizer RCS Sport. The event takes place on the exact same roads of the Corsa Rosa on the very same days. Starting from Turin, and finishing in Milan, the 21 stages that make up the event will cross the Italian Peninsula’s most beautiful locations, passing by big cities as well as the nation’s provinces, from the Apennines to the Alps, in a fascinating journey that covers 1540 kilometers.

The event will be a fun one, as Giro-E is not a race, but an e-bike experience: the most exciting and extraordinary experience that an amateur cyclist can have on a bicycle. Thanks to the electrically-assisted racing bikes, to which the event is dedicated, participants will be able to live through everything a professional experiences during the Giro: the sign-on at the start, the conquest of a jersey, the award ceremony on the champion’s podium, and refreshments at the finish. Though riding an electric bike, participants will still have to break a sweat: the total vertical elevation achieved at Giro-E 2021 will be 25,500 meters. Among the most awaited stages is Stage 14 (Maniago-Monte Zoncolan) with 2,700 meters of vertical elevation, and Stage 16 (Canazei-Cortina D’Ampezzo) with 2,200 meters of vertical elevation that includes Passo Giau and Pordoi, the Cima Coppi of the 2021 Giro. There will be six stages that reach more than 2,000 meters of vertical elevation: a true spectacle for grimpeurs. 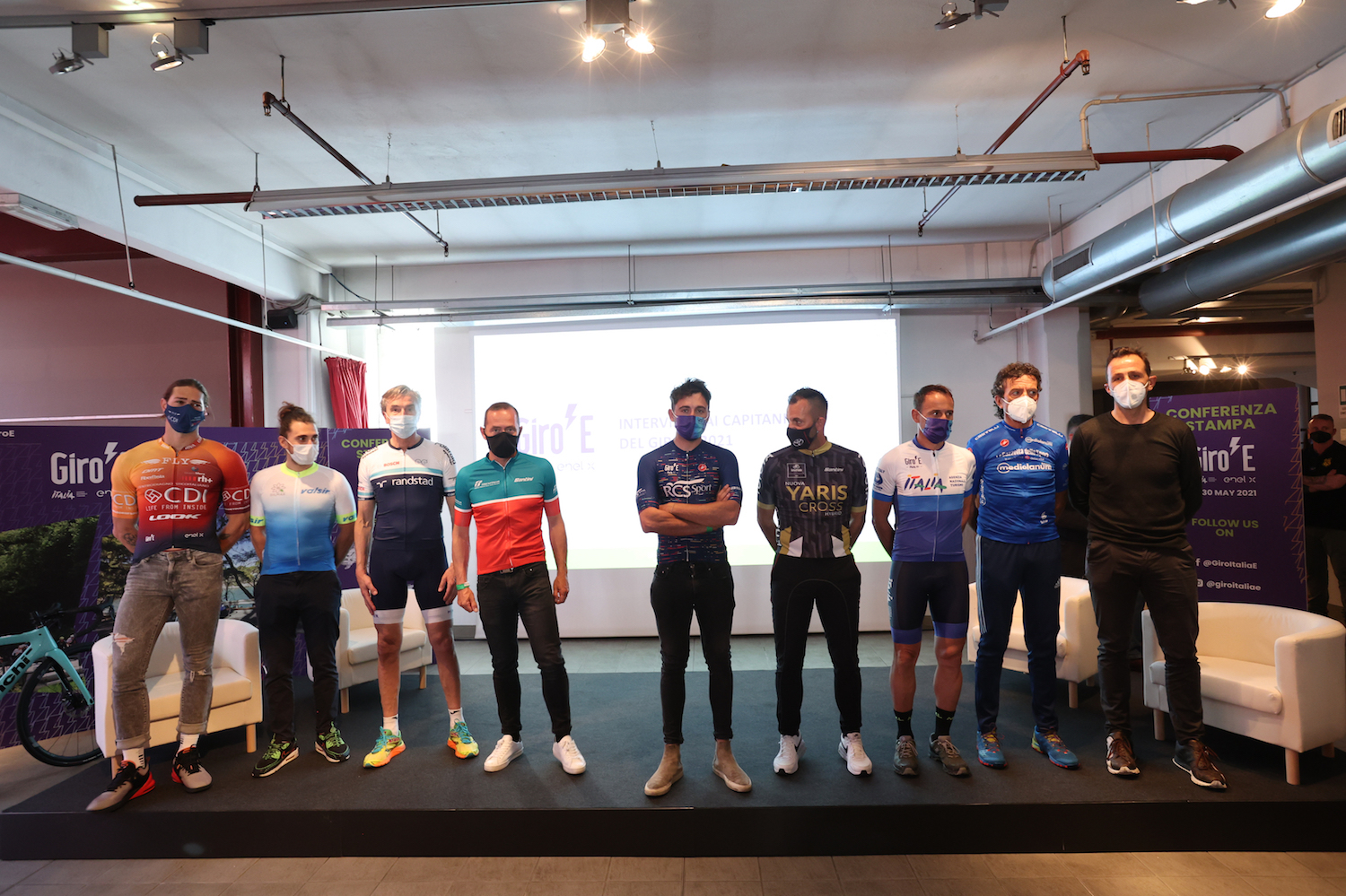 The event was presented yesterday at Eataly’s headquarters, in Lingotto (Turin), together with Eataly’s managing director Francesco Farinetti. The presentation then moved to the nearby Green Pea, the first ever environmentally-friendly retail park, where this year’s teams and jerseys were announced. This edition’s team captains were present at the event, including former professionals like Max Lelli, Moreno Moser, Amedeo Tabini and Roberto Ferrari, as well as personalities like Patrick Martini, Andrea Ferrigato and Roberto Chiozzotto.

“Giro-E is a unique event on the international cycling scene,” said Paolo Bellino, CEO and General Manager of RCS Sport. “We were the first to believe in electric bikes: we predicted and anticipated the explosion of the e-bike market. Today, Giro-E pays off our commitment over the last four years, and has earned the appreciation of all cycling enthusiasts, companies and sponsors.”

The 2021 edition is set to be a truly successful one, as shown by this year’s second and new title sponsor: ENIT-Agenzia Nazionale Turismo, who will be supporting Giro-E together with Enel X.

“This year we are very proud to be supporting Giro-E,” commented Giovanni Bastianelli, Executive Director of ENIT, which, as well as a sponsor, will also be the official radio station of the Giro-E. “We are co-title sponsors and we want to show that Italy is ready for a restart. We are looking forward to a future where new energy, synergy, sustainability, adaptability, and discovery will be the main elements of the tourist’s experience in Italy and of the country’s restart after the pandemic. We want to rebuild the image of the Italian Peninsula, pushing on values ​​like tradition, as well the enhancement of the Italian artistic and cultural heritage, and we want to do this with steady city bike routes and a modern vehicle that offers a different perspective and understanding of travel.”

“Giro E is the perfect opportunity for Enel X to raise awareness among cycling enthusiasts on sustainability, smart mobility, and much more,“ commented Augusto Raggi, Head of Enel X Italia. “The electrification of transport must be a goal for the whole country and, as a company, we want to be promoters of electric and green mobility“.

A truly green event, like its name suggests, this year’s Giro-E can count on several partners and initiatives that will tackle themes like sustainability, smart mobility and environmental issues. Banca Mediolanum, for instance, will sponsor Ride Green, the sustainability project that focuses on the recycling, monitoring and tracing of all waste produced during the race, to protect the areas crossed by the Corsa Rosa. This year, Ride Green will also include a sister project called Regala un Albero (gift a tree), which aims to compensate for all CO2 emissions produced by the Giro by planting 1200 new trees in a 300-hectare area located in the heart of the Sila, one of Europe’s greenest areas. Banca Mediolanum will donate a tree for each rider participating in the Giro d’Italia, for a total of 184 trees.

Trenitalia also wants to fight for a cleaner and more sustainable world, as a matter of fact it has been the very first sponsor of the Maglia Verde-Ride Green, a symbol of the importance of environmental issues.

All participants in Giro-E 2021 will also have the opportunity to contribute to the ‘2+ milioni di KM’ charity project created by Bikevo for Dynamo Camp. It is a solidarity challenge open to everyone: it encourages people to pedal together to reach a total of two million kilometers spent in the saddle. By registering on the ‘2+ milioni di KM’ website (2milionikm.com), and paying a 15 euro registration fee, participants will activate their registration for the event, receive a rider package and will be able to decide at any time during the 3 weeks of Giro-E how many kilometres they want to donate. They will also be able to make an open donation. All the kilometers traveled and the money donated by the participants of Giro-E will be taken into account for the points classification for company teams, the first 10 of which will be presented with awards in November.

73.3 km – the average distance of each stage

25,500 meters – the overall vertical elevation of the race

2,700 meters – the stage with the max vertical elevation 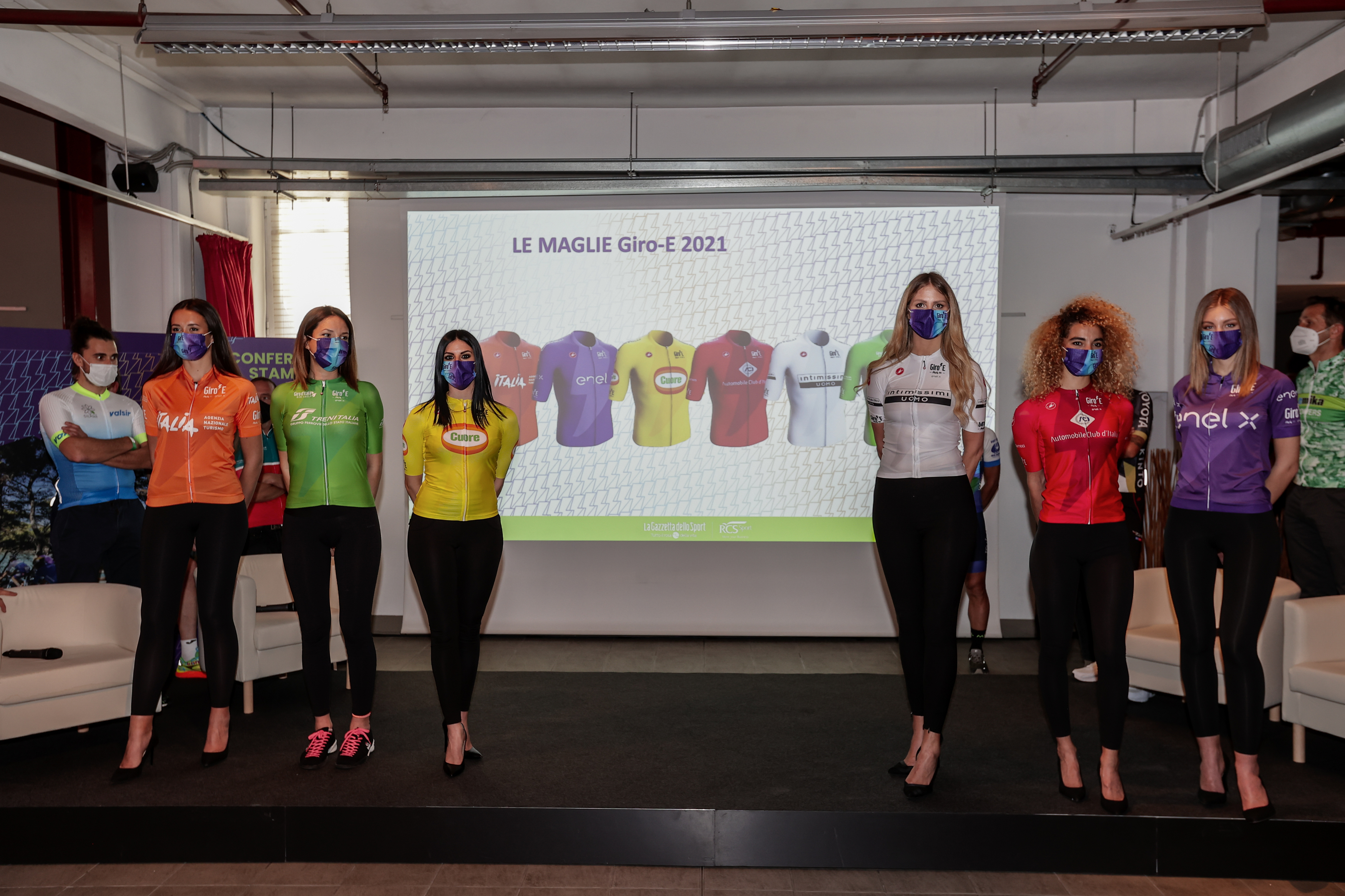