The Giro d’Italia Criterium, consisting of 30 laps of a 2.1km circuit, is taking place on 6 November as part of the Expo 2020 Dubai – the first World Expo ever hosted in the Middle East, Africa and South Asia (MEASA) region, where the ‘Made in Italy’ campaign is showcasing Italian excellence.

The official start list of the first-ever Giro d’Italia Criterium, organised by RCS Sport with the support of MadeinItaly.gov.it, Dubai Sports Council and Expo 2020 Dubai, is revealed. 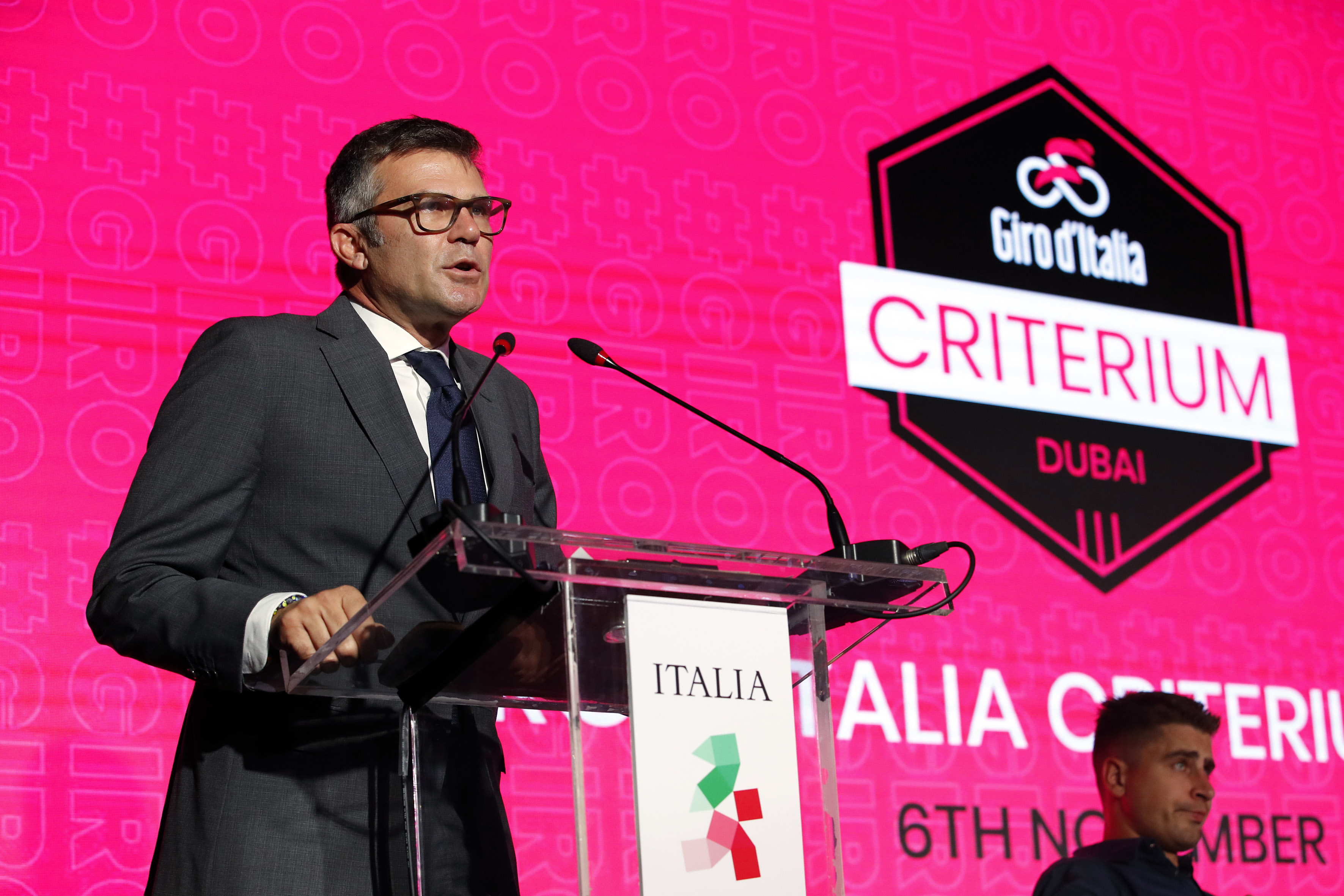 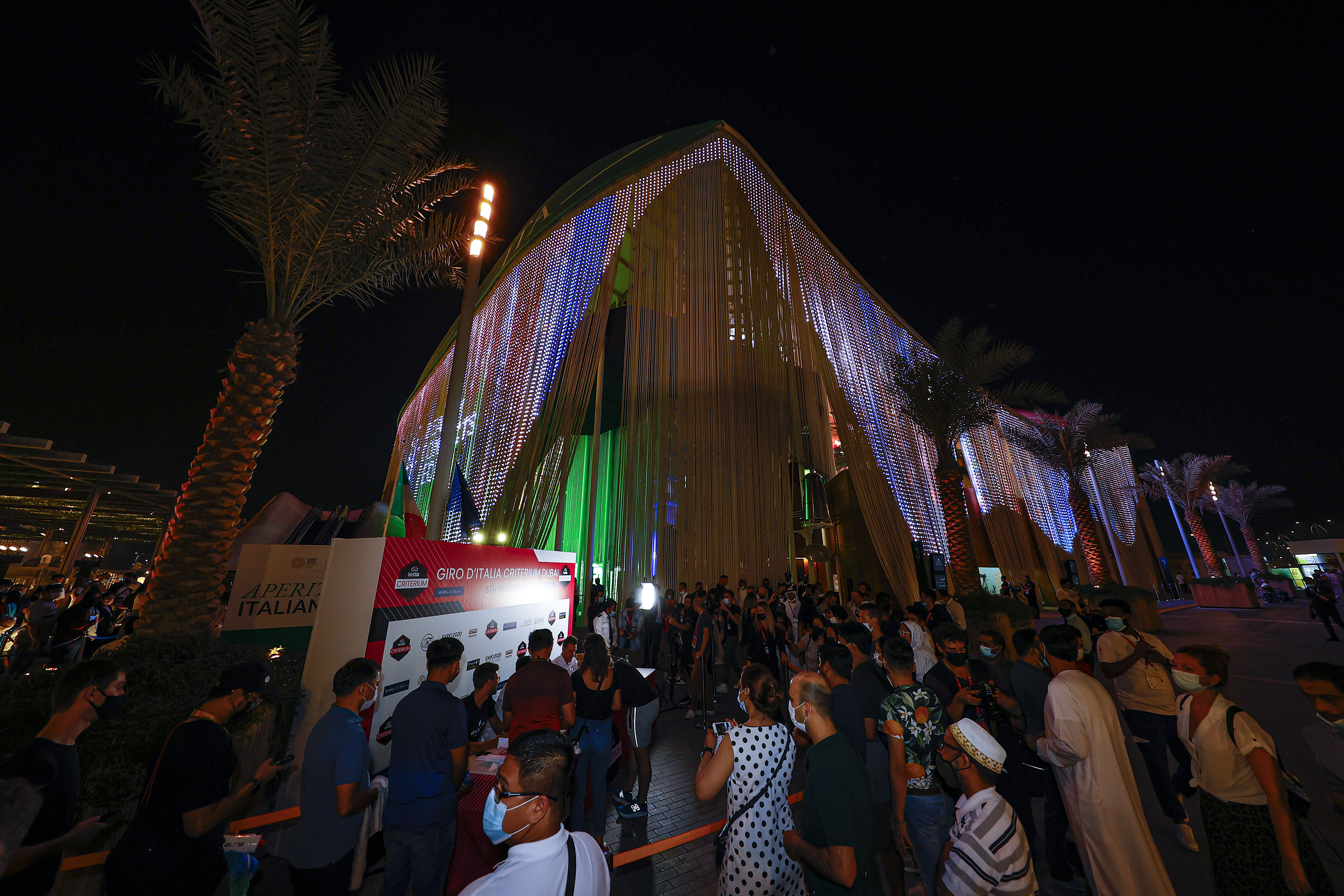 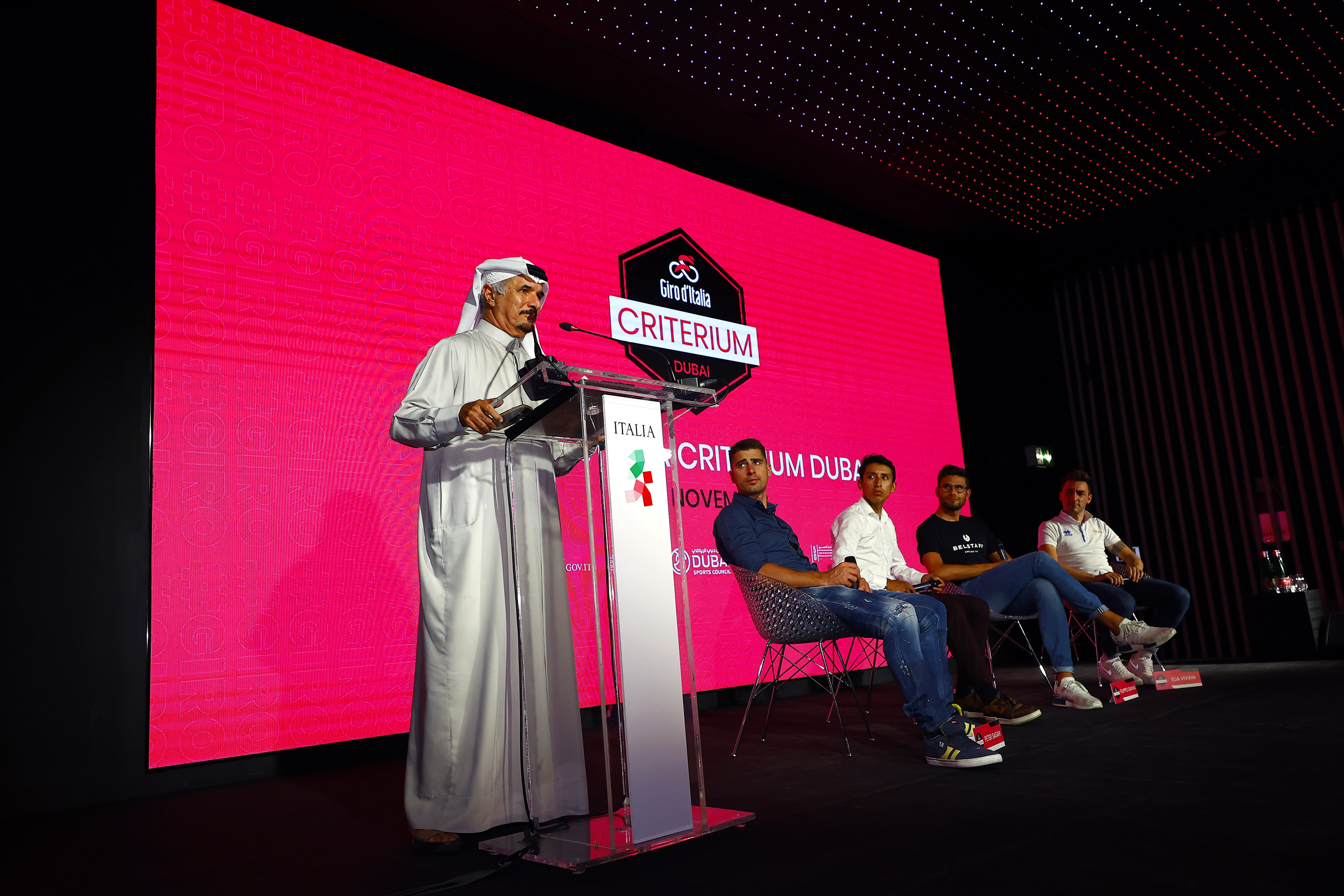 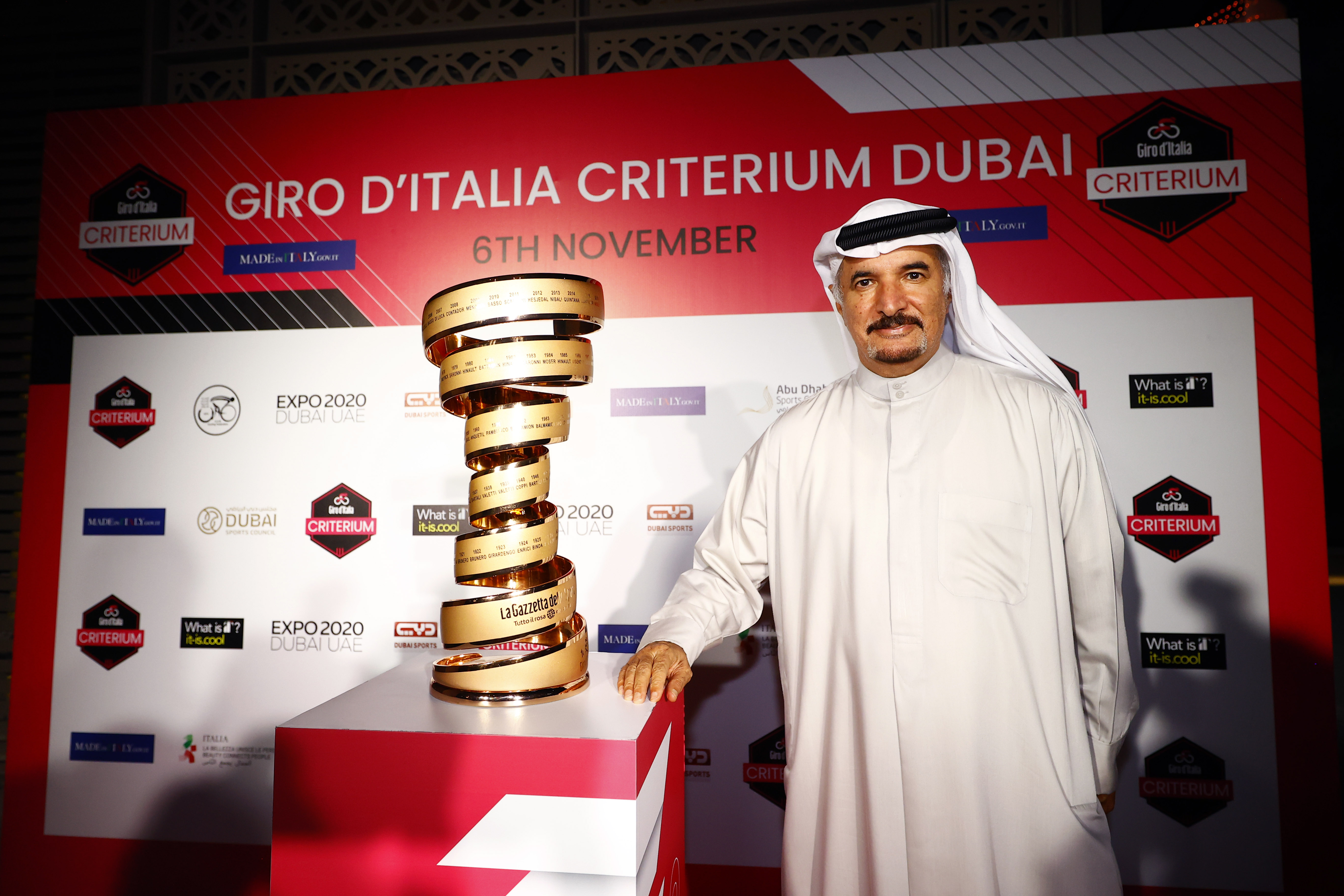 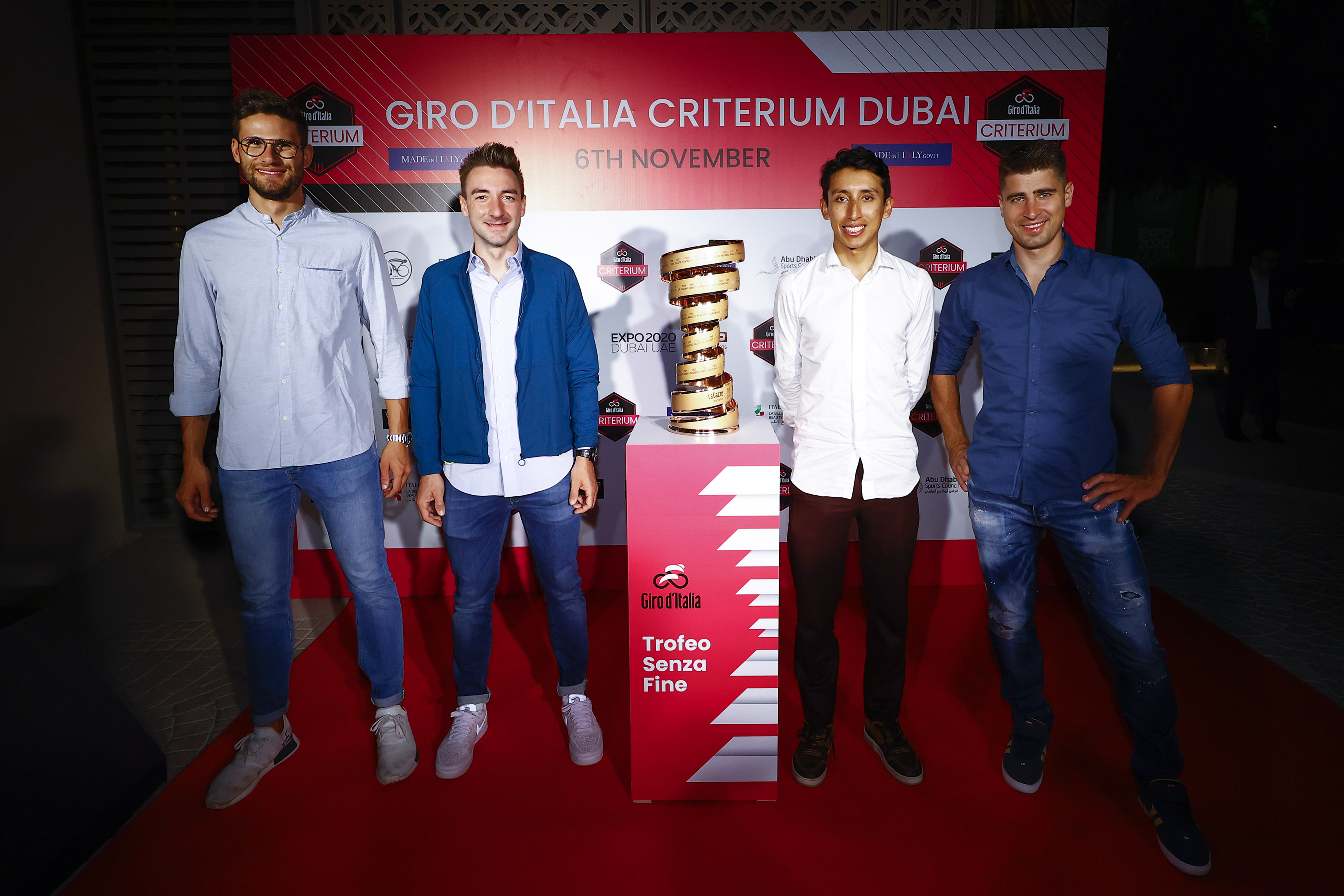 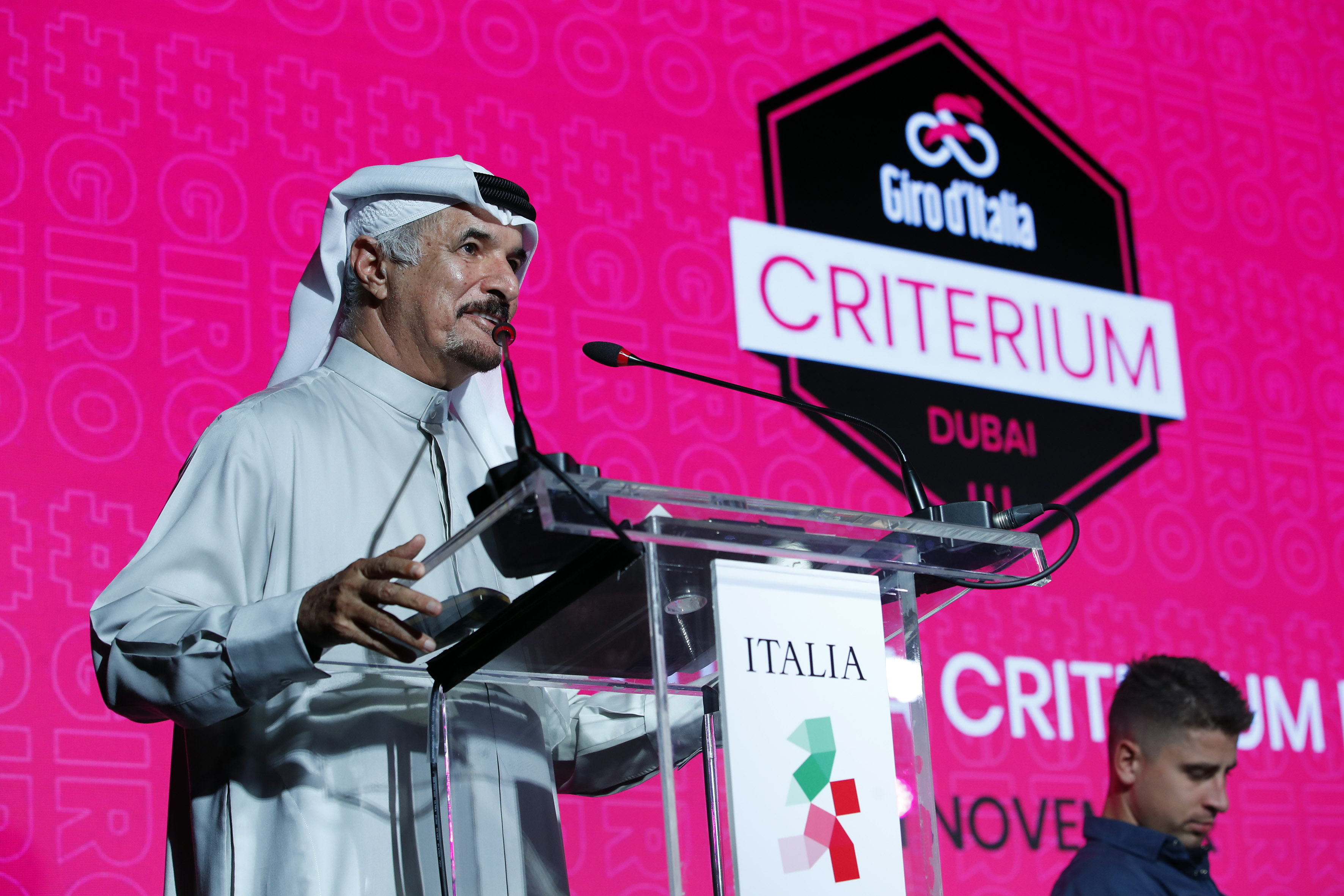 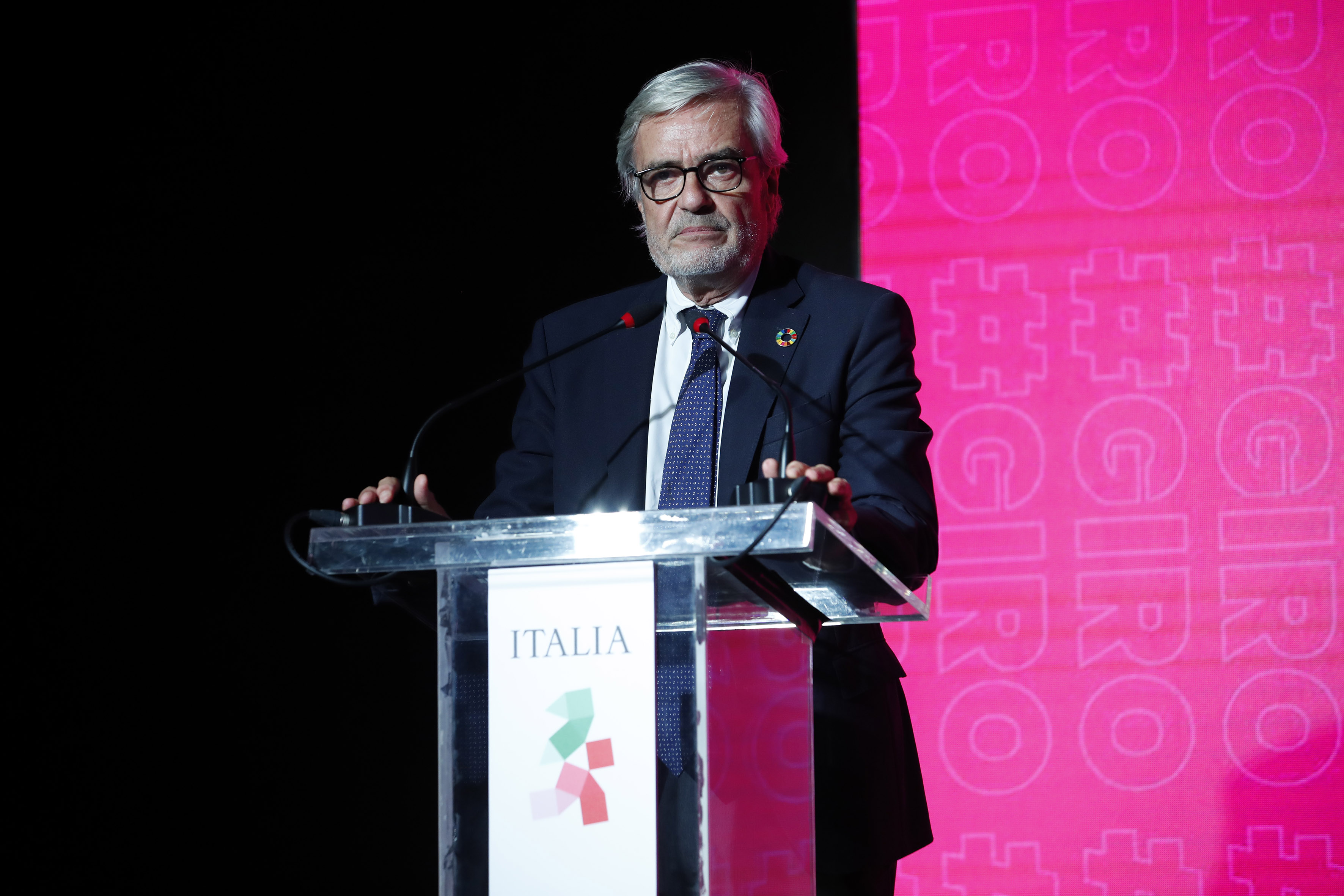 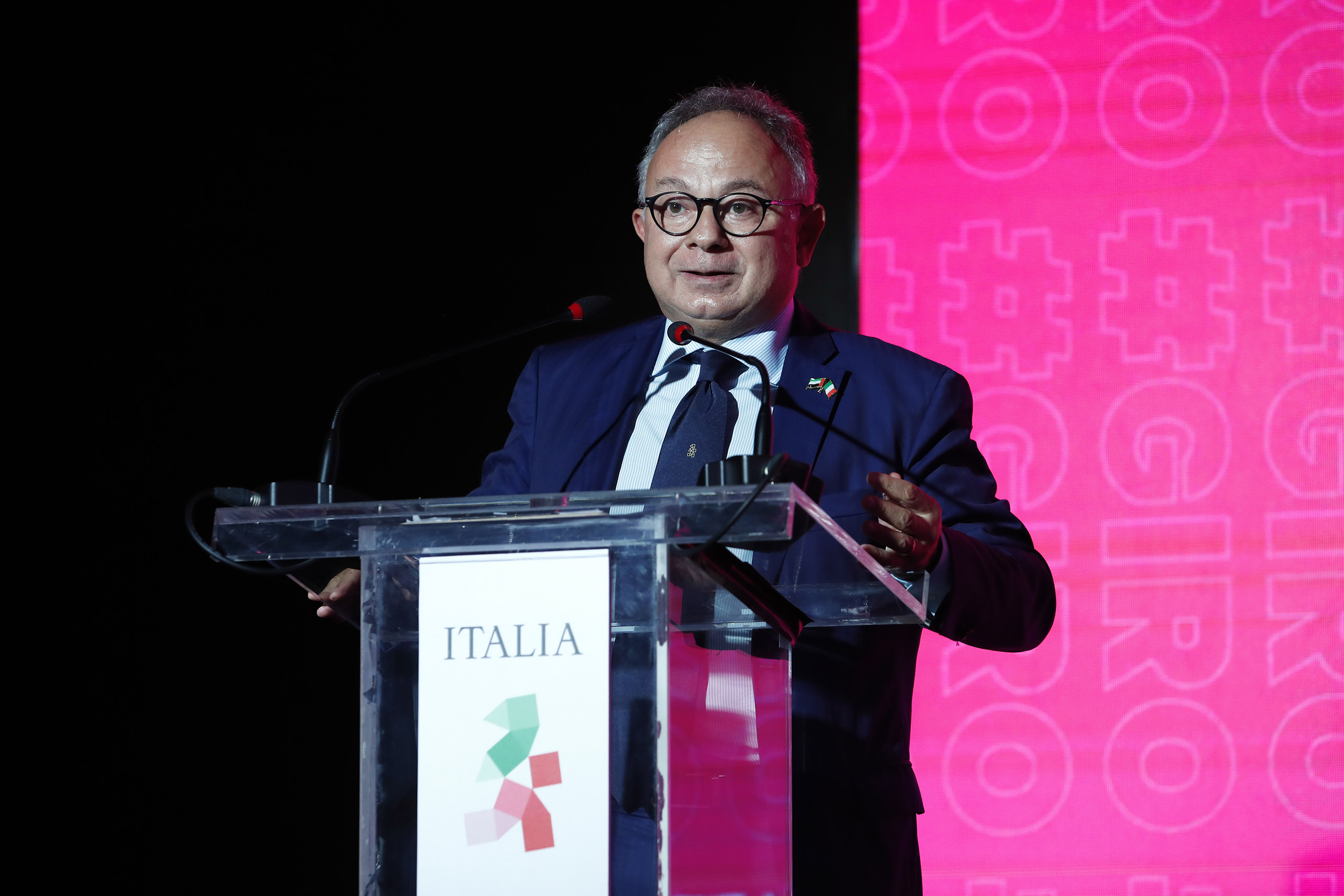 Egan Bernal said: “To win the Giro d’Italia is one of the best moments of my career so far. Since I was young, I’ve wanted to ride the Giro. I lived for two years in Italy and really love Italian and Italians. This year I finally had the opportunity and I was incredibly happy to win. It gave me a lot of confidence after some difficult times following my victory in the Tour de France. This is my first time in Dubai and tomorrow I really want to enjoy riding the Giro d’Italia Criterium and wear again the Maglia Rosa I won this year.” 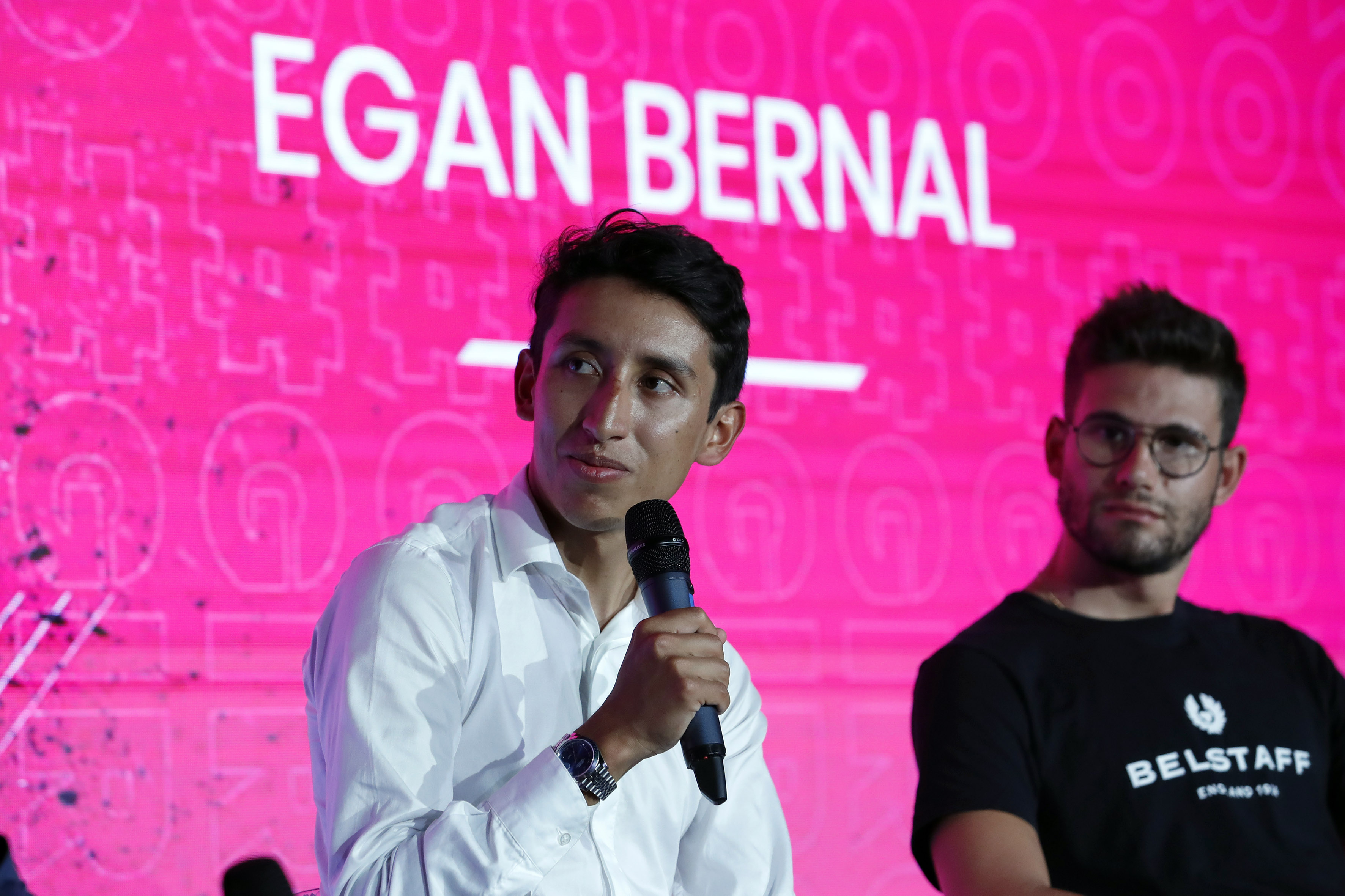 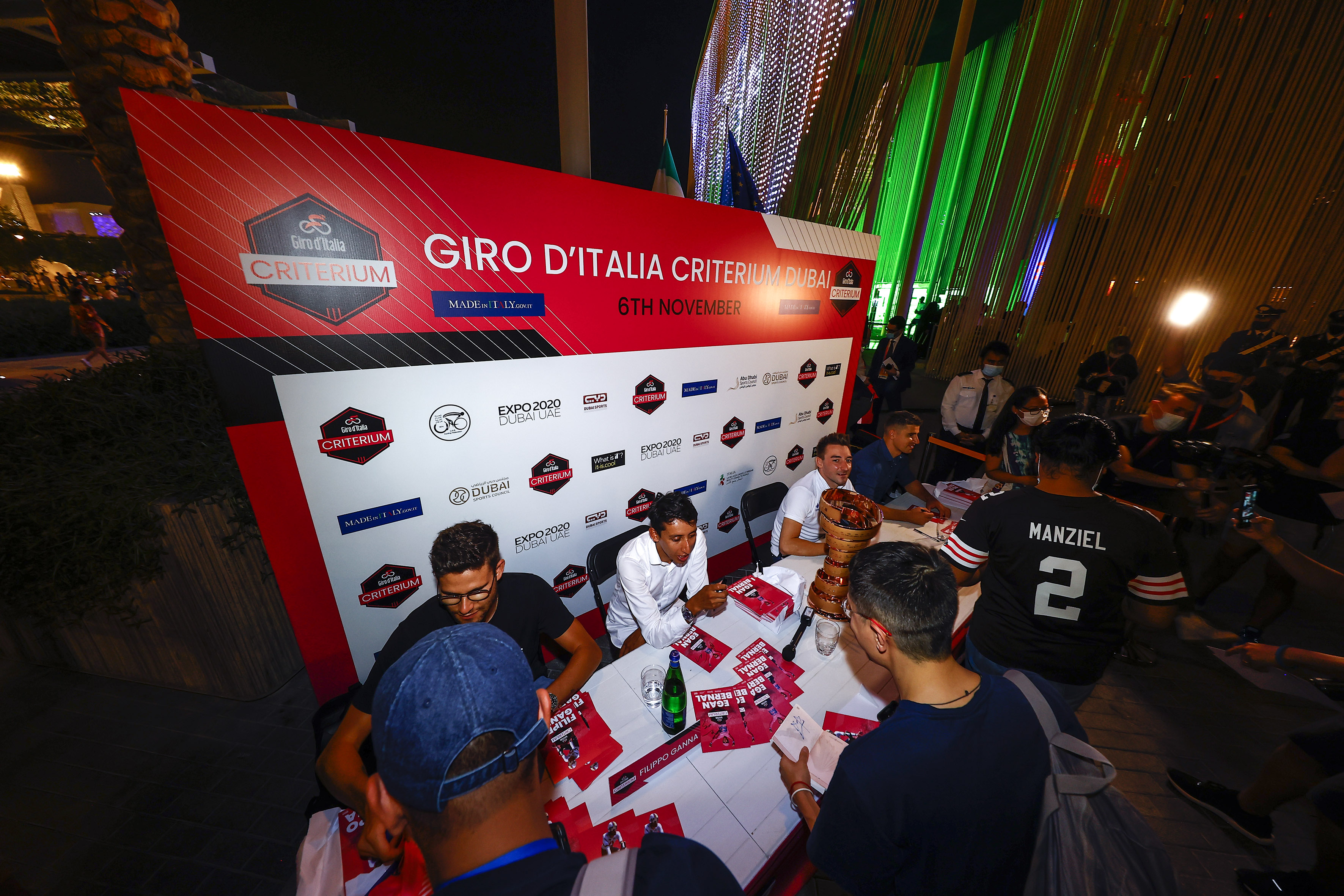 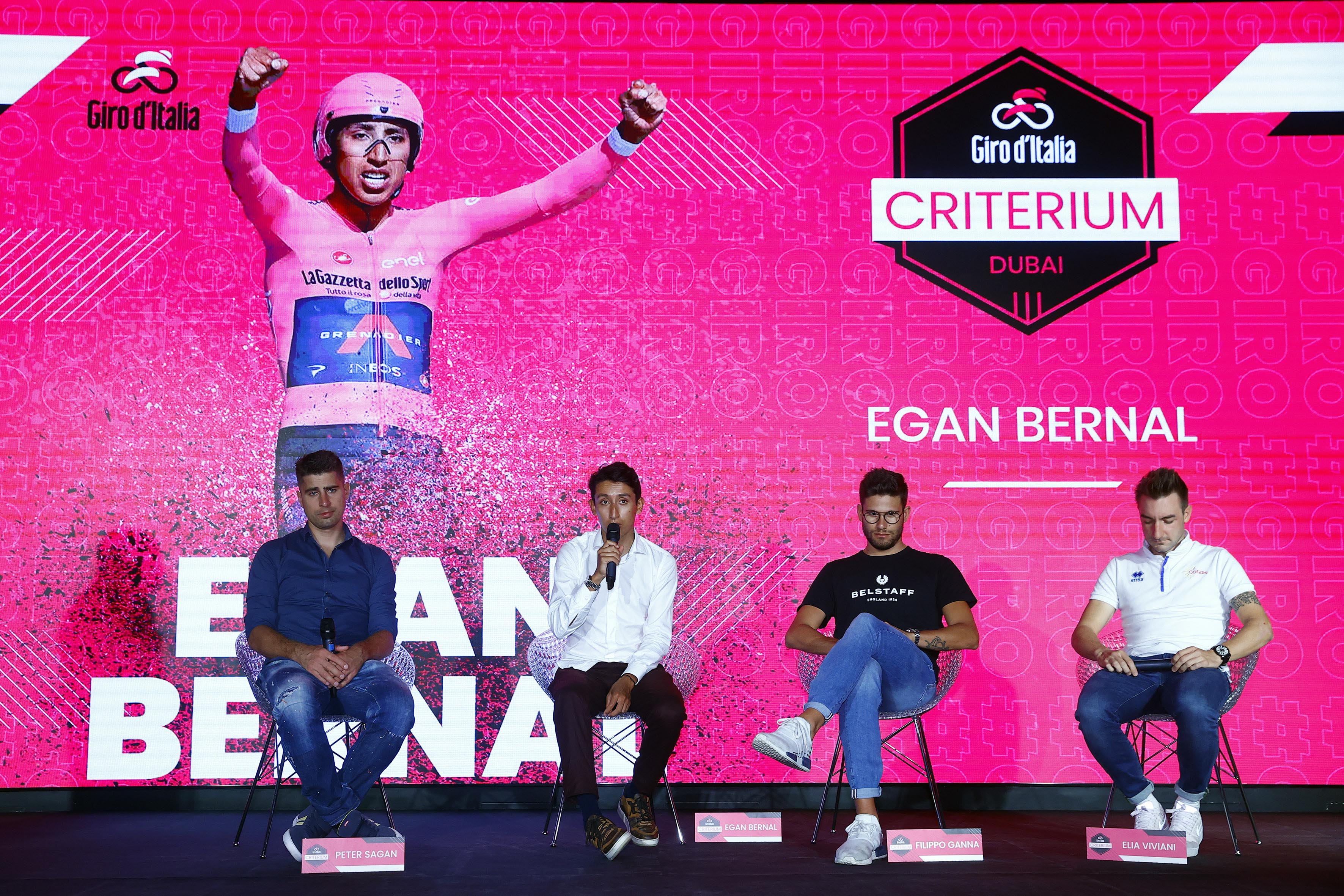 Peter Sagan said: “The Giro d’Italia is special. I lived in Italy for 5 years and, for me, Italy is my second home. Last year I finally took part in the Giro d’Italia for the first time and it was beautiful. I wanted to ride it again and came back this year and managed to win the Maglia Ciclamino. I am very happy to be back in Dubai after I rode the first ever Dubai Tour: tomorrow I will try my best, it will definitely be an interesting race!” 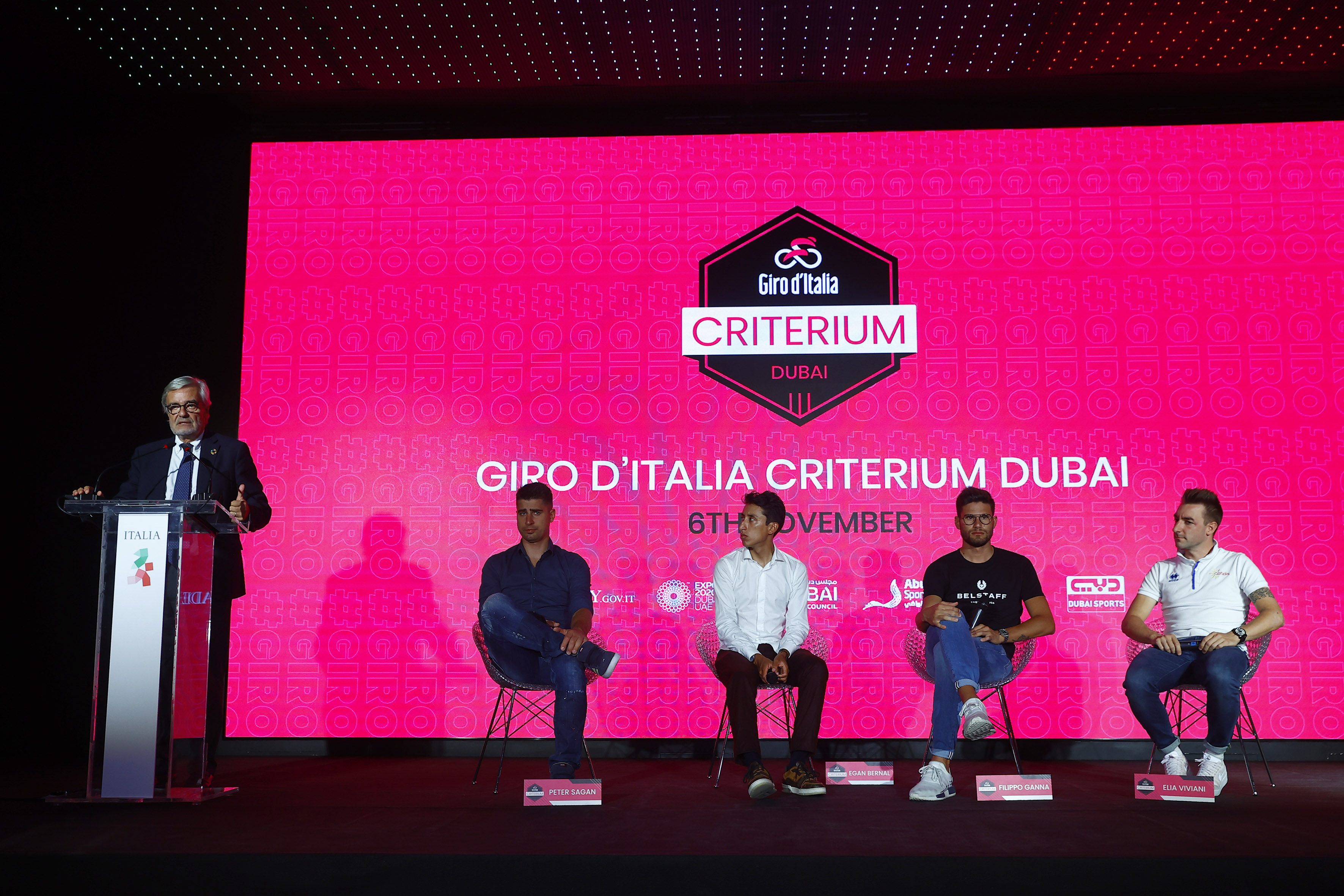 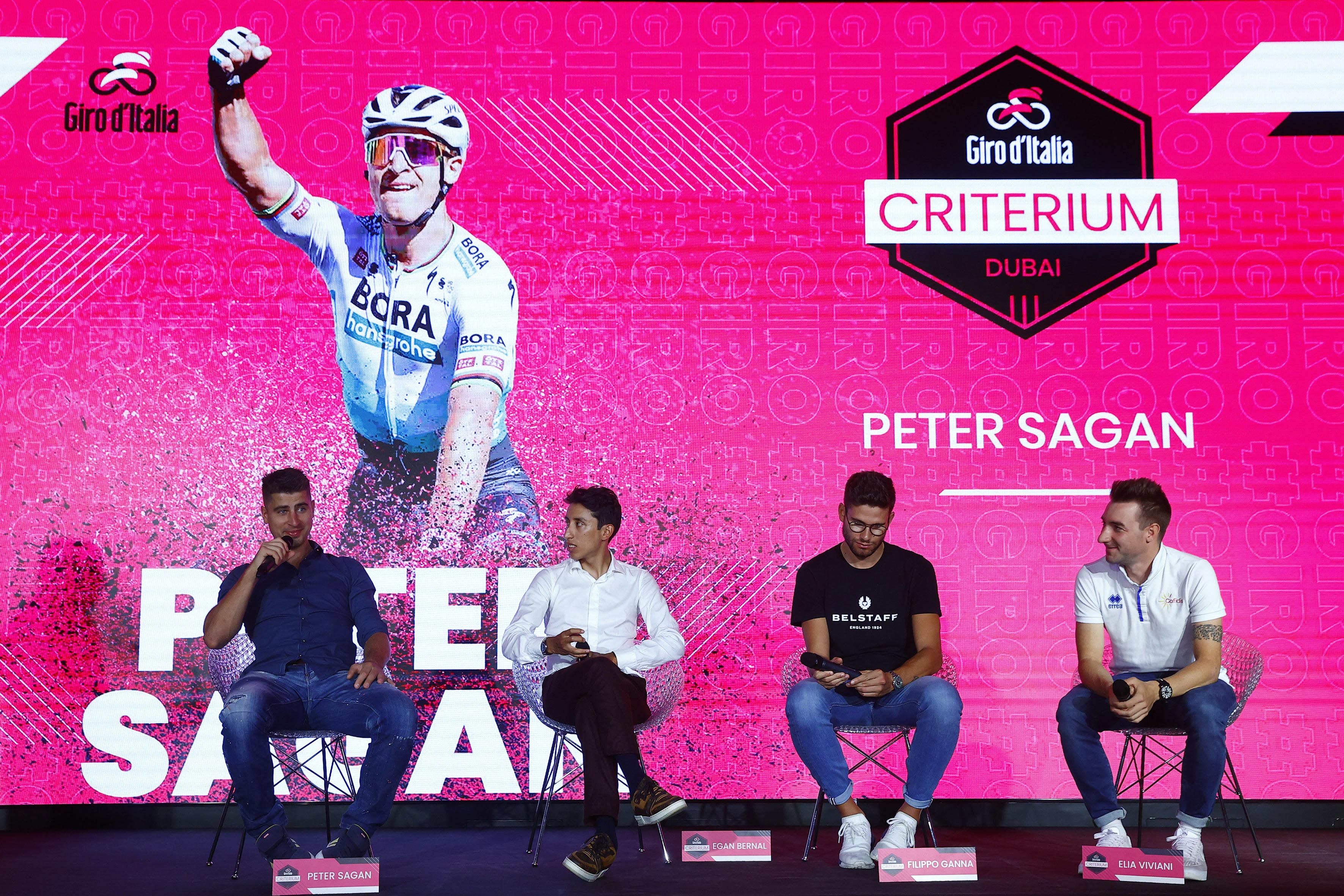 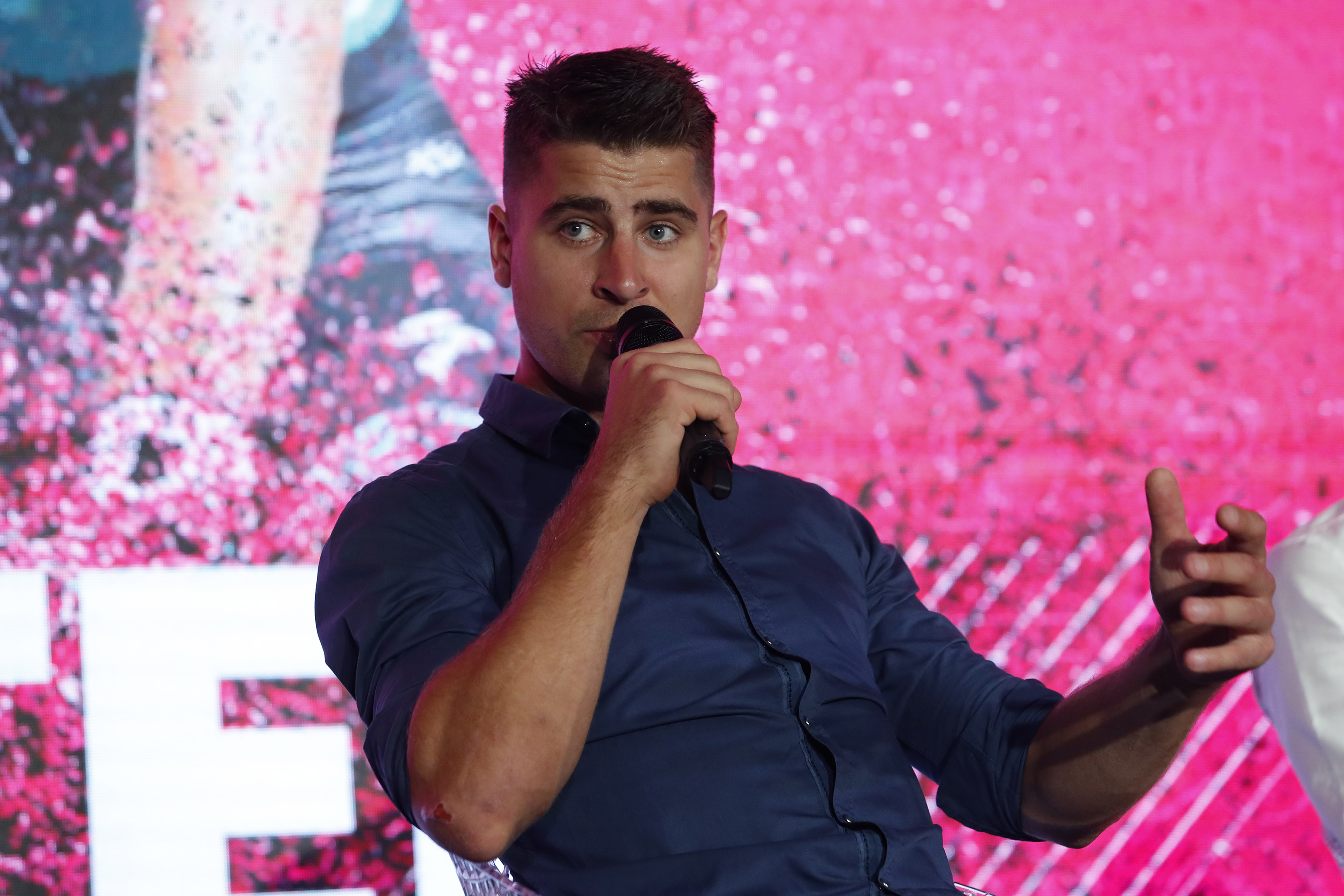 Filippo Ganna said: “To wear the Maglia Rosa in the Giro was a unique experience. I also won my first road stage at the Giro d’Italia 2020, such an incredible feeling. It is great to be an Italian rider riding the Giro with the fans that recognise you and call your name from along the road. Tomorrow will be a first for the Giro and for many riders: we are in a special place and it will be spectacular. It is great to be here with so many big champions.” 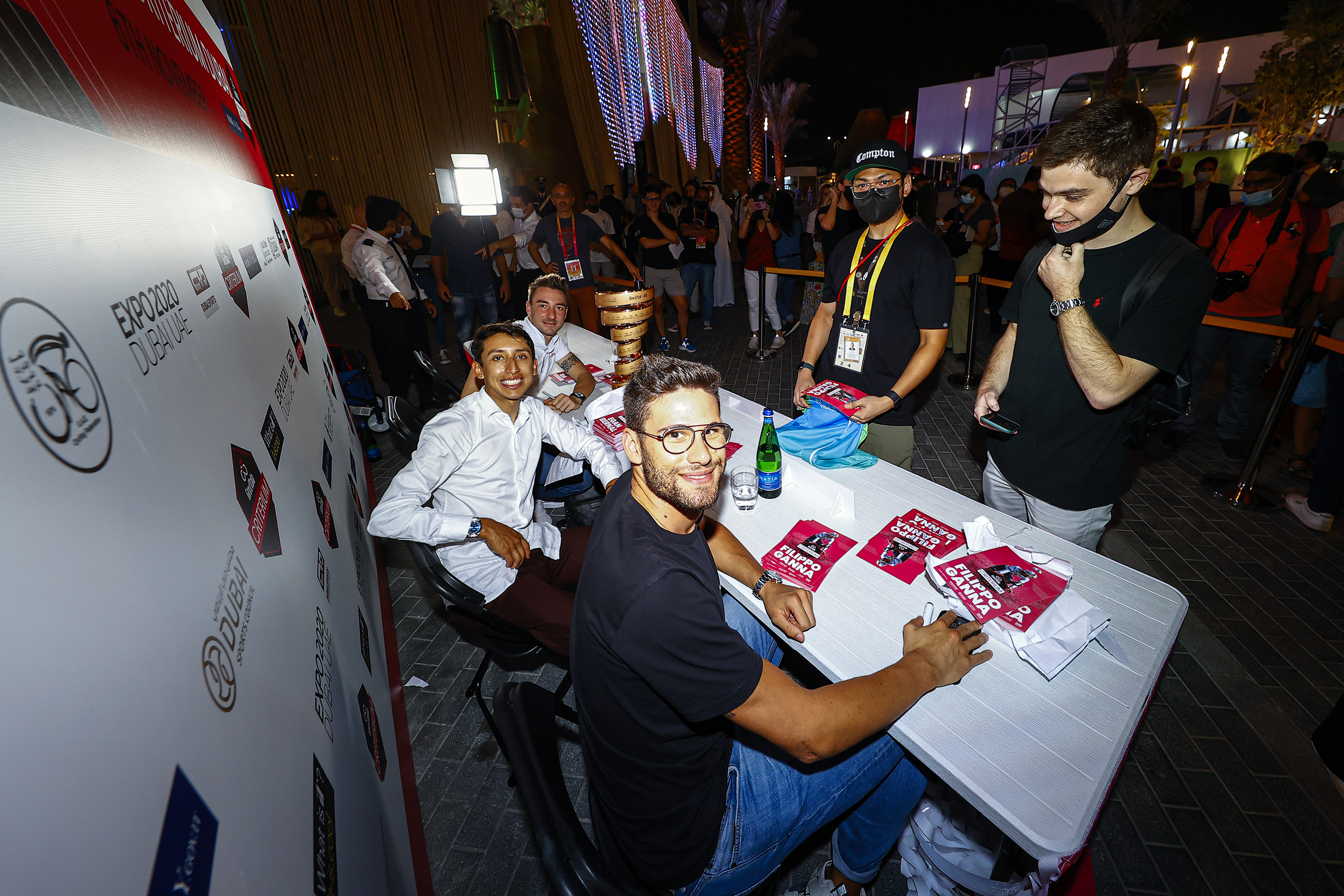 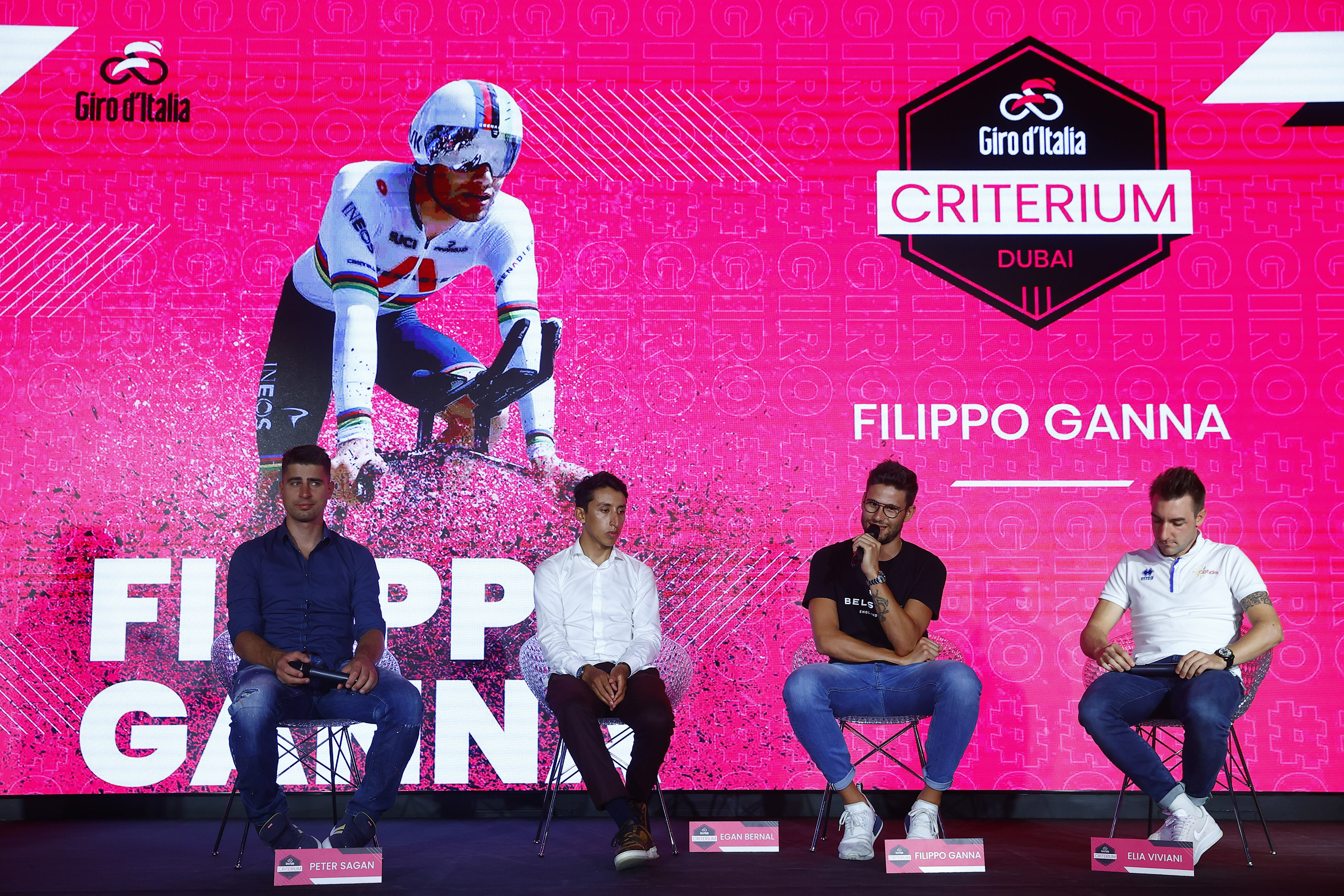 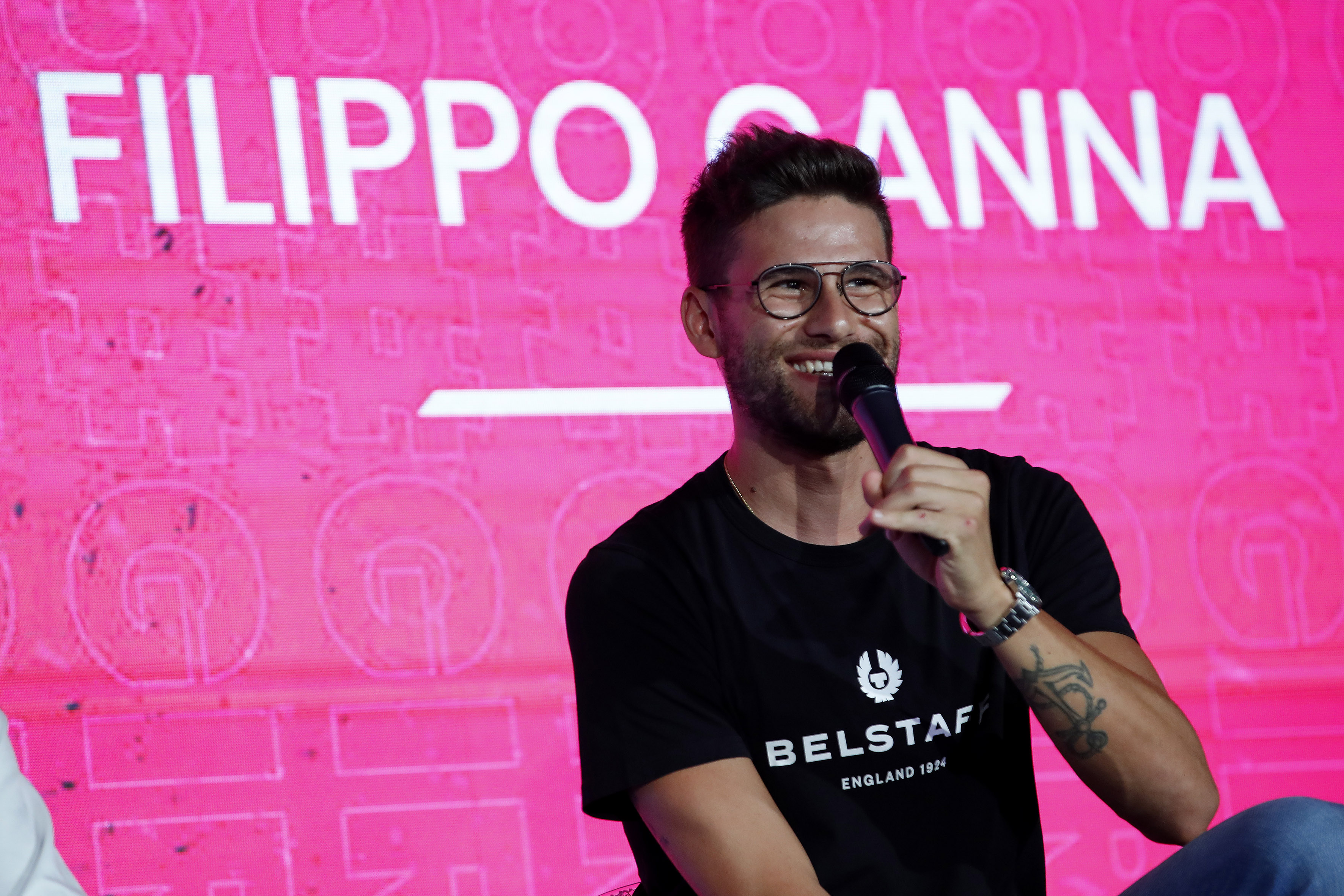 Elia Viviani said: “It is a real honour for me to be at the Italy Pavilion of Expo 2020 Dubai. I have fond memories of Dubai since I won the last edition of the Dubai Tour. I have been in Dubai a few times and it is incredible to see how cycling has grown as a sport and how many bike enthusiasts, of all ages, are active in Dubai and in the UAE. We did a ride this morning with so many people, 30,000! It was a great experience and I was so happy to see so many people riding their bicycles. Tomorrow is going to be a fast race in a special place: I can’t wait to ride the Giro d’Italia Criterium”. 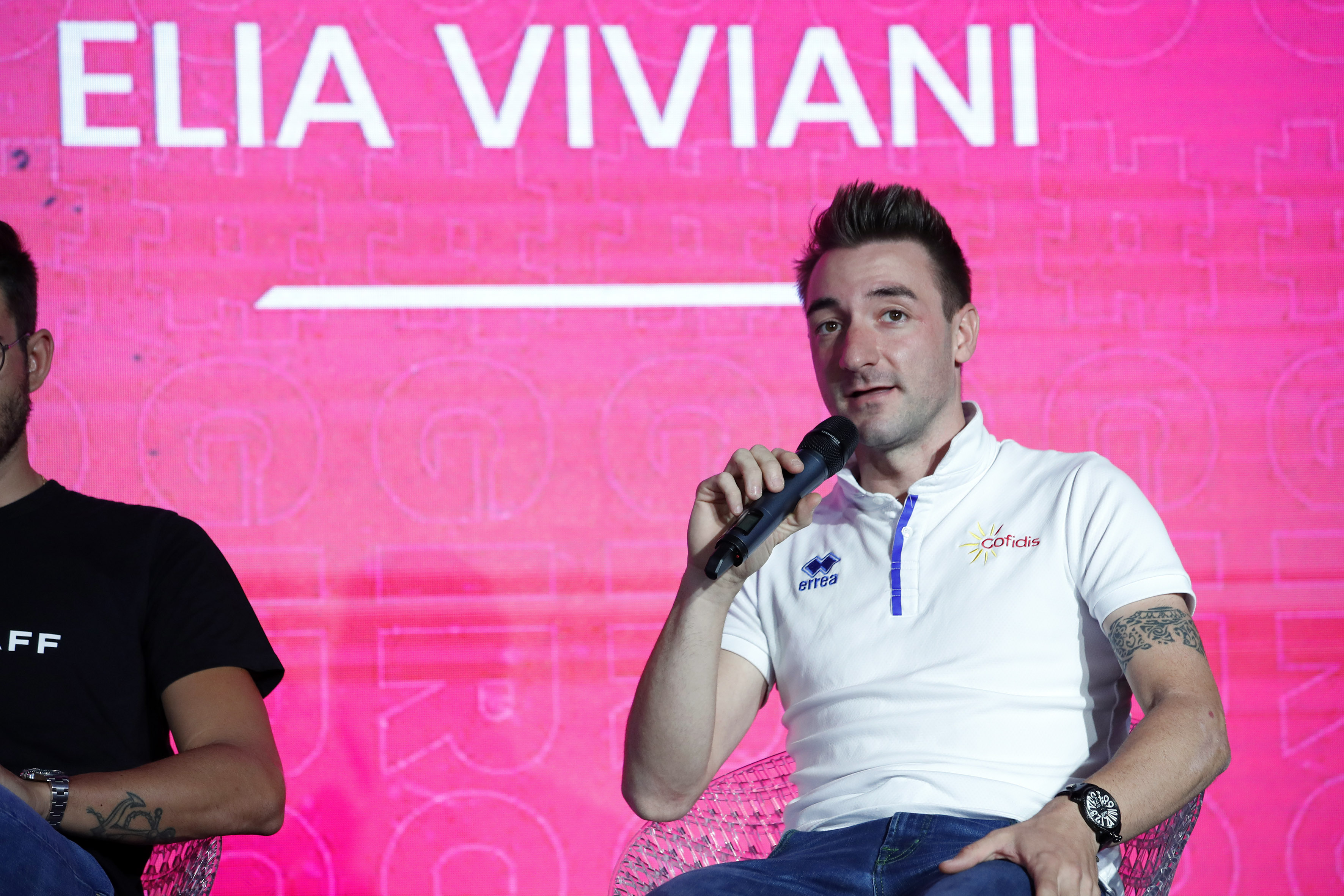 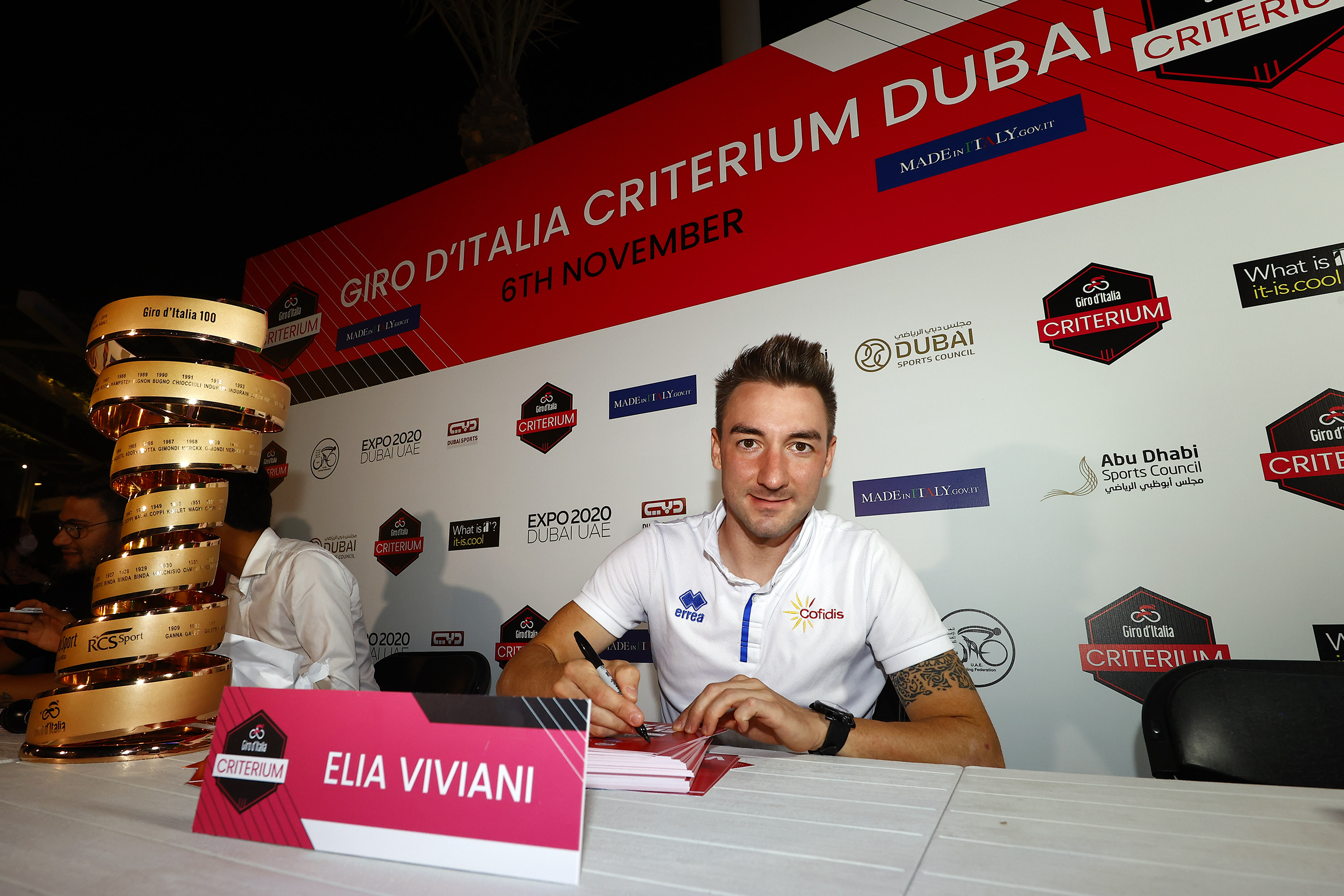 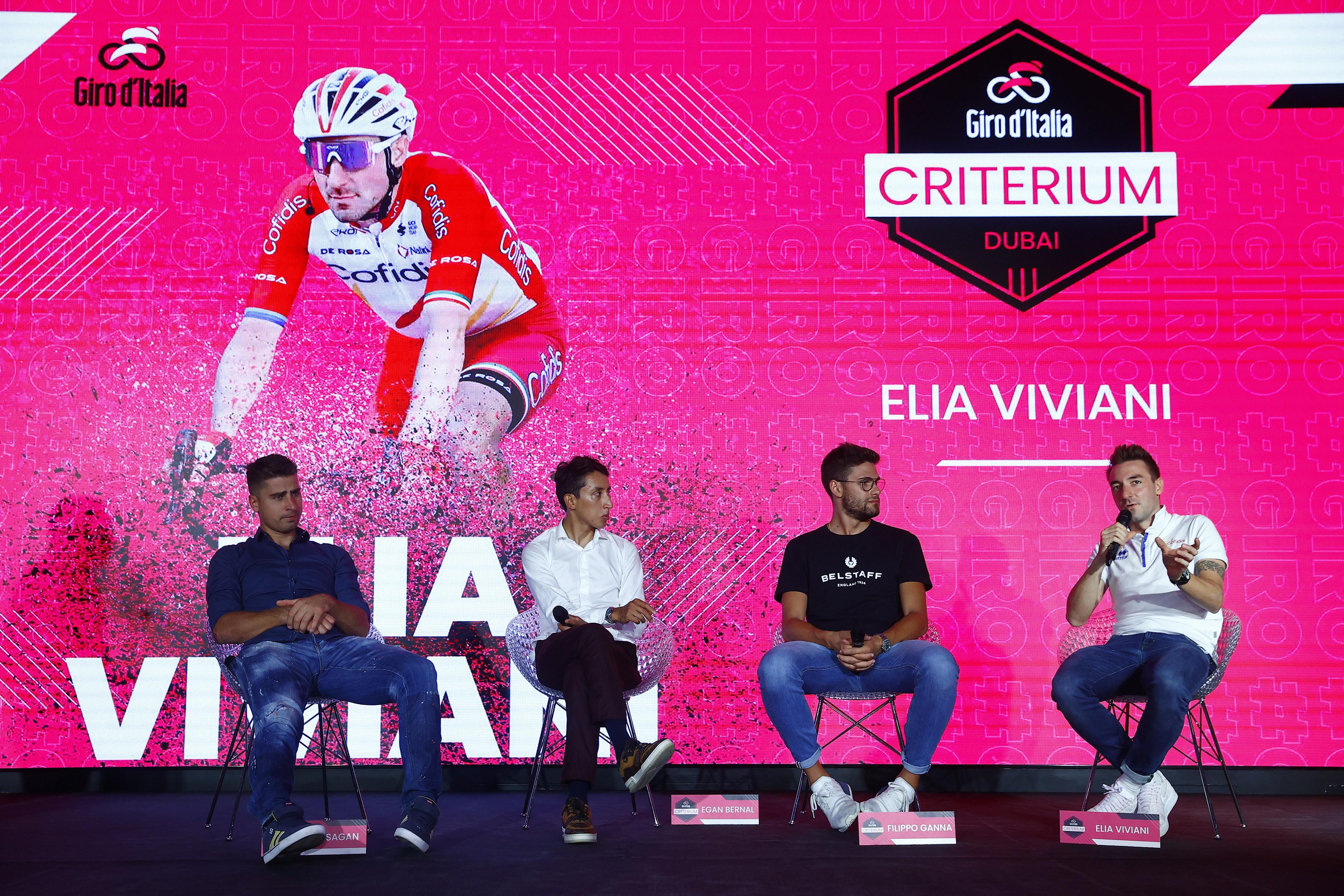