On Saturday 8 May, the Corsa Rosa will begin from Turin, the Piedmont capital. Stage 2 from Stupinigi (Nichelino) to Novara – one for the sprinters – and Stage 3 from Biella to Canale will also be hosted by the region. The Giro will return to Piedmont in its final week with a never-before-seen summit finish at Alpe di Mera (Valsesia) and stage departure from Verbania. Watch Filippo Ganna’s video message below. 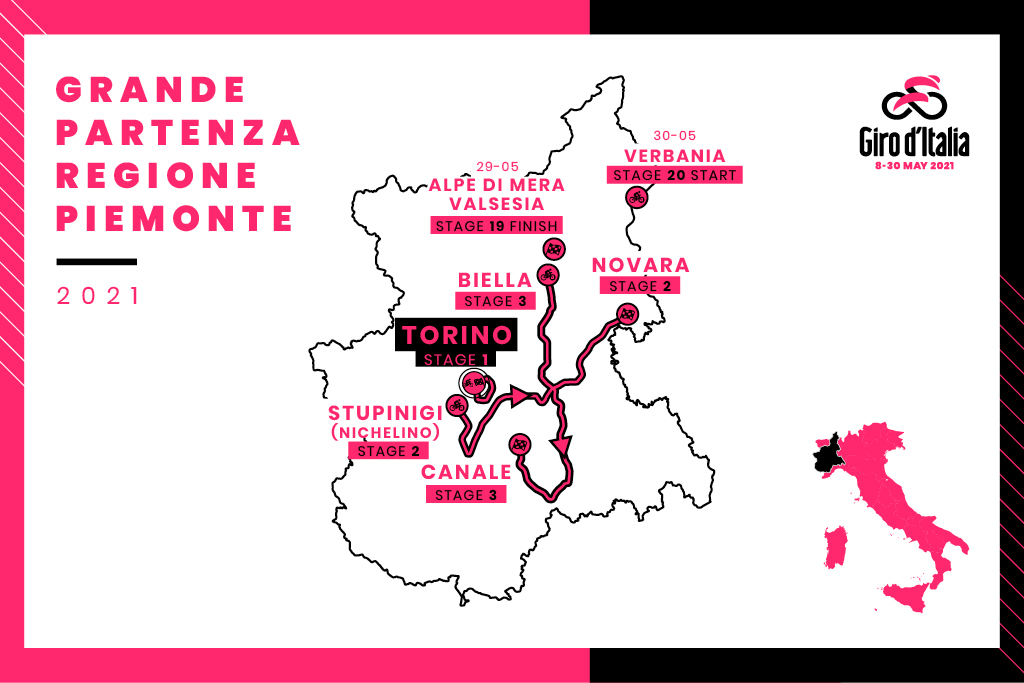 THE 3 STAGES OF THE GRANDE PARTENZA

An entirely urban stage. Stage 1 starts from Piazza Castello and follows the Po River, passing through Turin’s Valentino Park. After crossing over the Po, the route continues along the Corso Casale and remains straight until it reaches the Gran Madre church at the foot of the Superga hill to finish.

A mainly flat stage. Riders will depart from the Palazzina di Caccia in Stupinigi before reaching another Savoy castle in Racconigi a few kilometers later. The route then passes through Santena, the city where Camillo Benso Conte di Cavour rests (a leading figure in the Italian unification movement), 160 years after his death. The peloton will then face some gentle undulations as they cross through the Monferrato area and enter the Po Valley.

An undulating stage, suitable for finisseurs. The stage is initially flat from the city of Biella before the riders reach the slopes of the Apennine Mountains. After Asti, a succession of climbs begin, some of which are classified as GPMs. Once the peloton has passed by Alba, a few short but steep ramps will greet the riders before the finish, presenting an ideal opportunity for an attack. 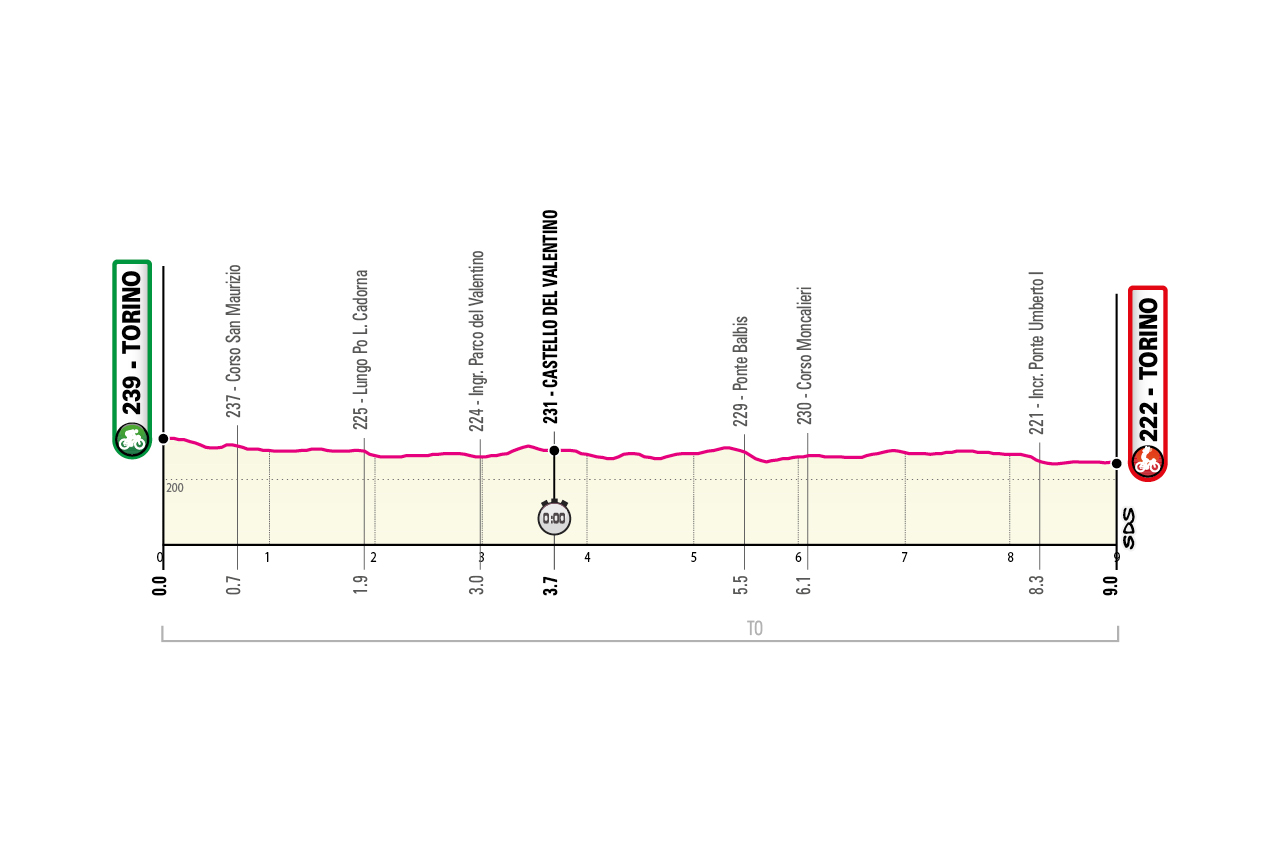 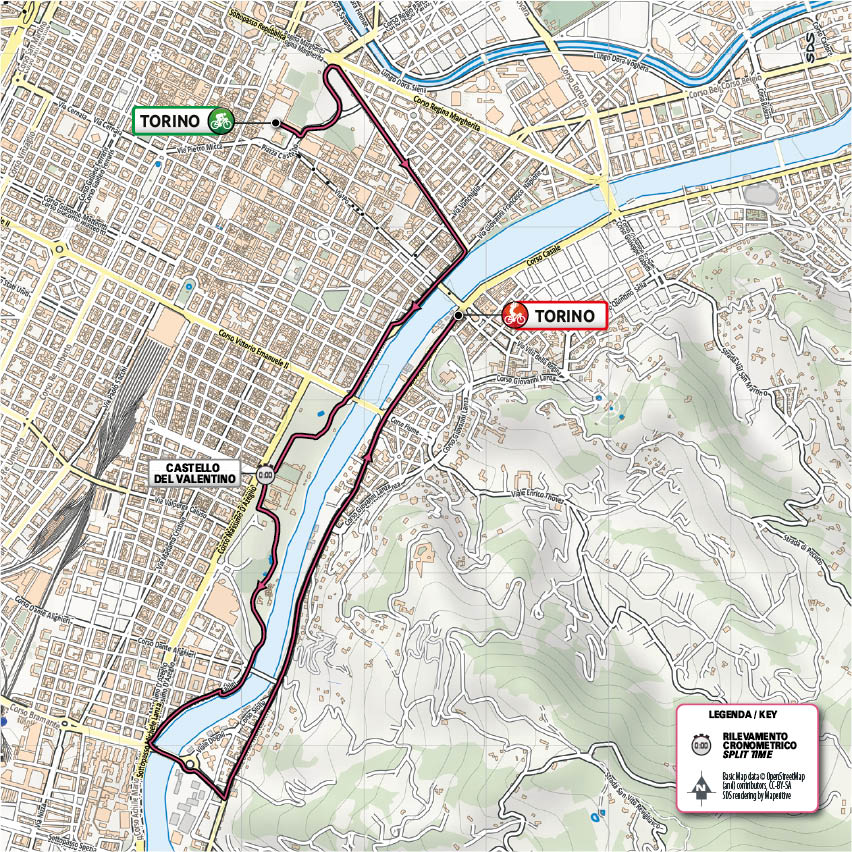 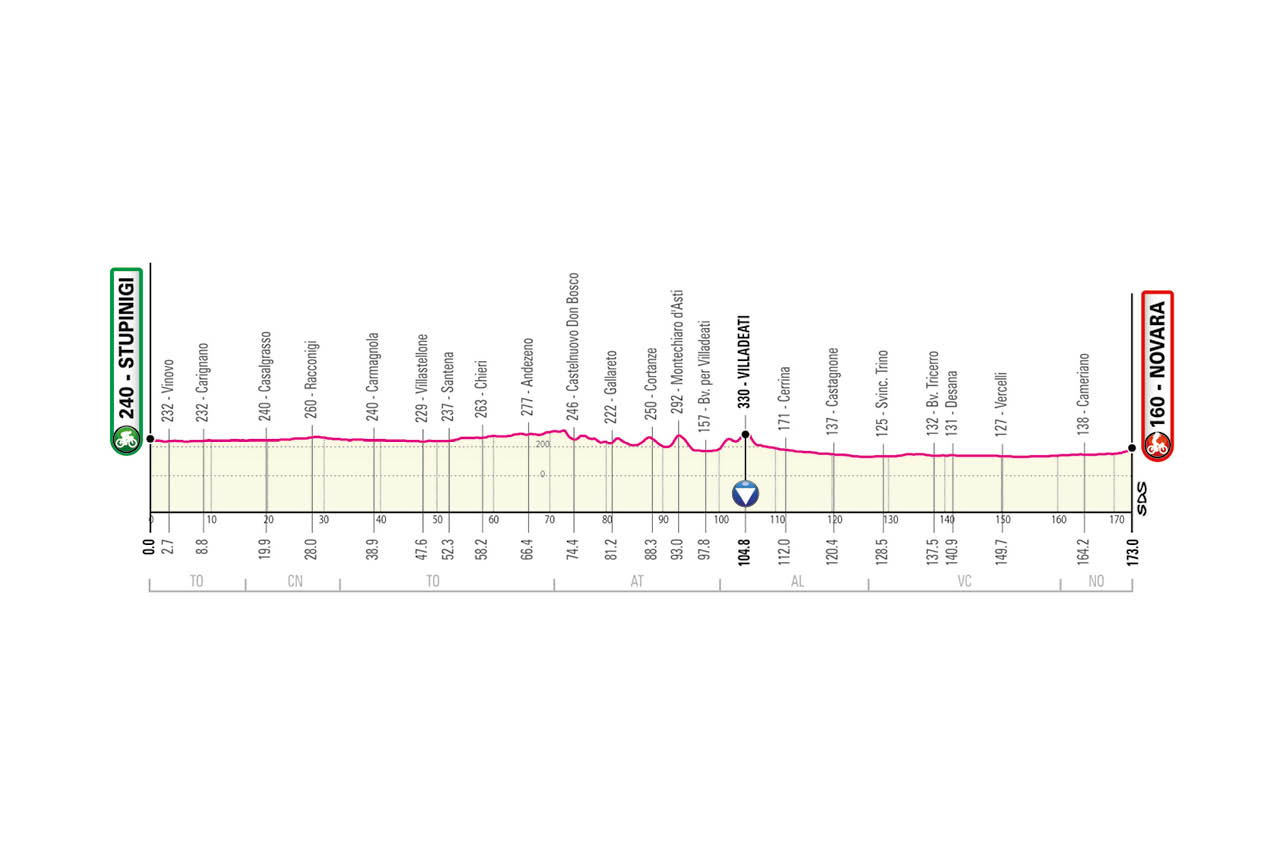 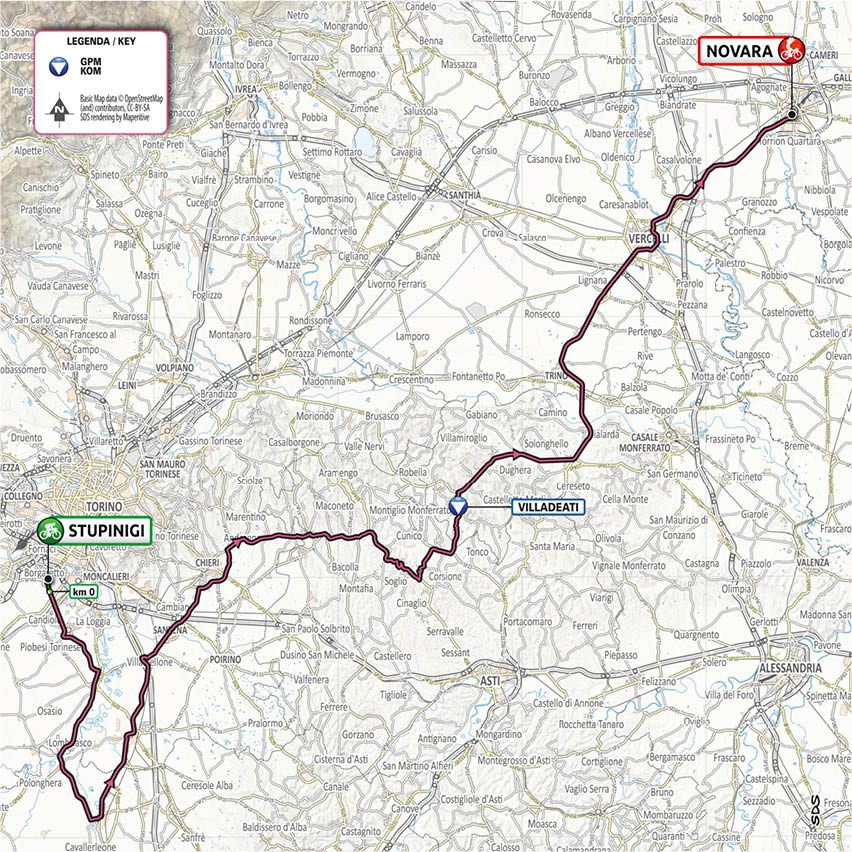 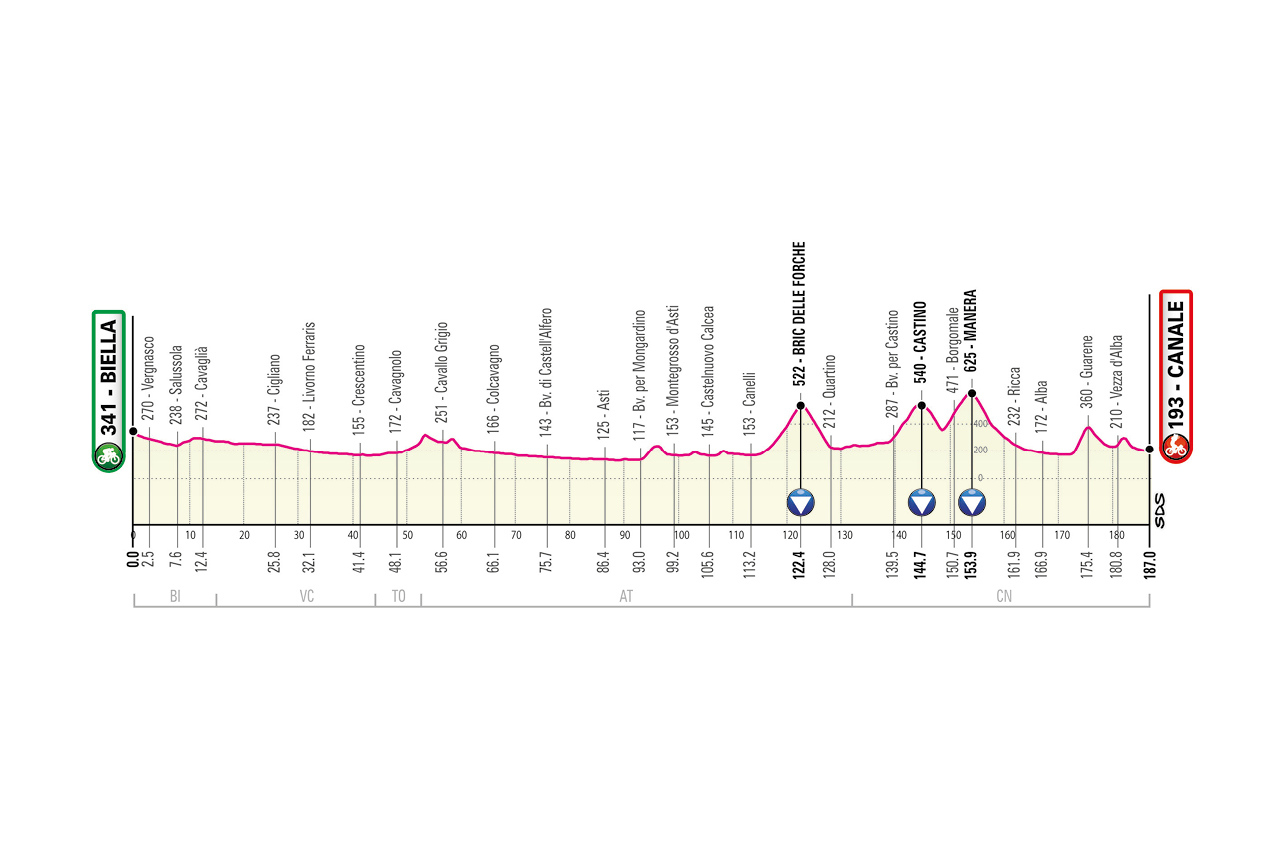 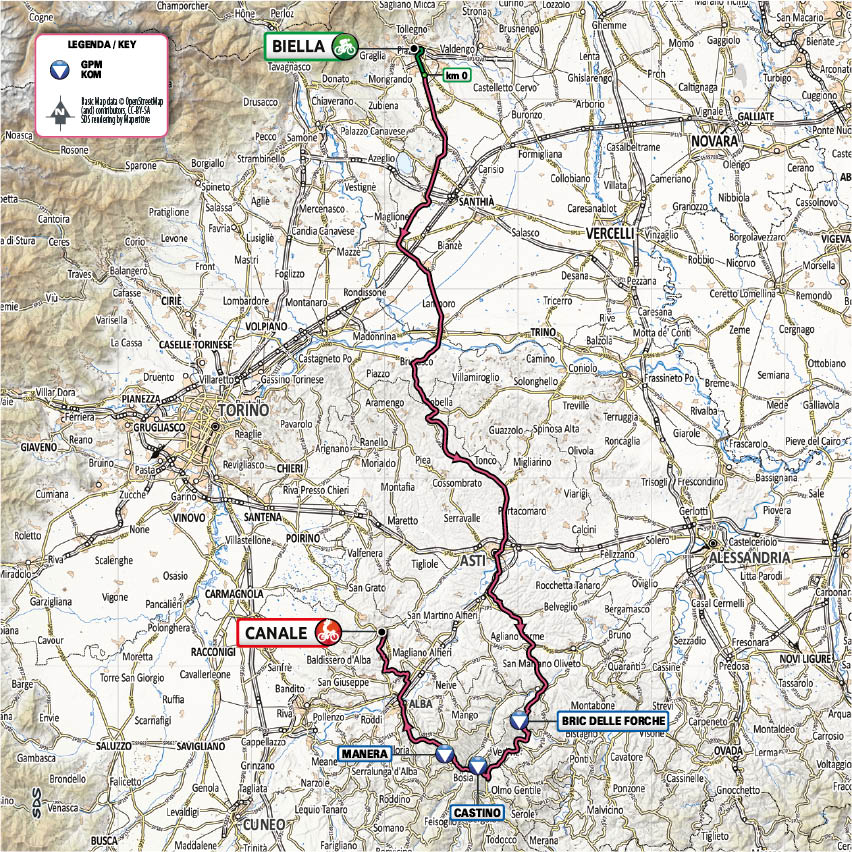 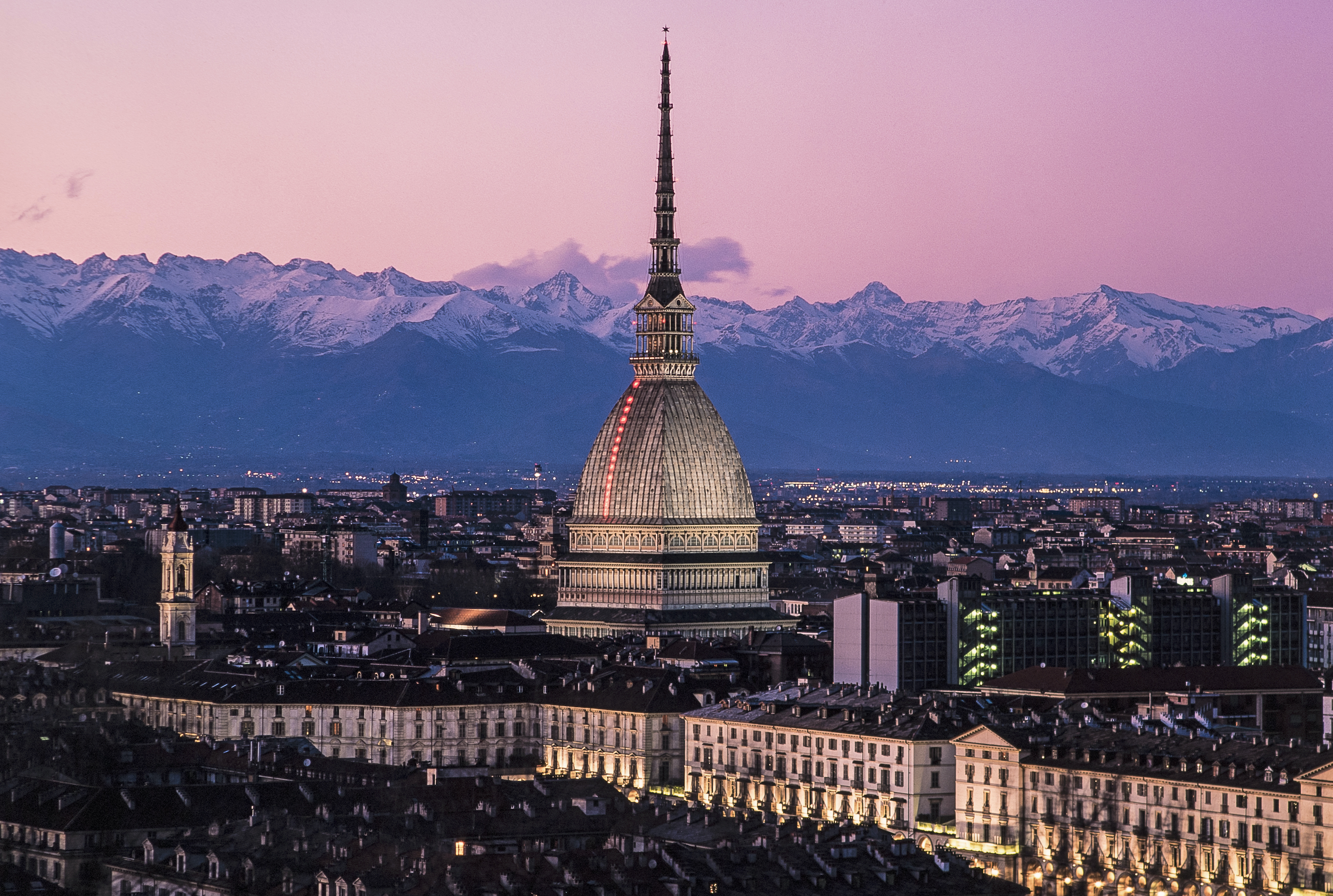 Alberto Cirio, President of the Piedmont Region and Fabrizio Ricca, Councilor for Sport of the Piedmont Region said: “This year, we will have a truly Piedmontese Giro d’Italia that will cross the region’s cities, countryside and mountains, bringing with it the magic of one of Italy’s best loved sporting events. We are proud to host a race that represents the history of cycling and to do so by offering unique landscapes for the competition. The diverse roads and terrain that the riders will face will fit in perfectly with the rich morphology of our territory”.

Paolo Bellino, CEO and General Manager of RCS Sport, said: “On the 160th anniversary of the unification of Italy, we could only choose Piedmont and Turin, the first Italian capital, for the Grande Partenza of the Giro’s 104th edition. The race will begin with three stages that will show Piedmont in its entirety, even places that are not usually visited in the story of cycling, because the Giro d’Italia is not only a fantastic sporting event but also a wonderful vehicle for promoting the territories touched by the Corsa Rosa. There is a well-established collaborative relationship with the Piedmont Region, not only with the Corsa Rosa but also with other RCS Sport events in Turin and in the rest of the Region.”