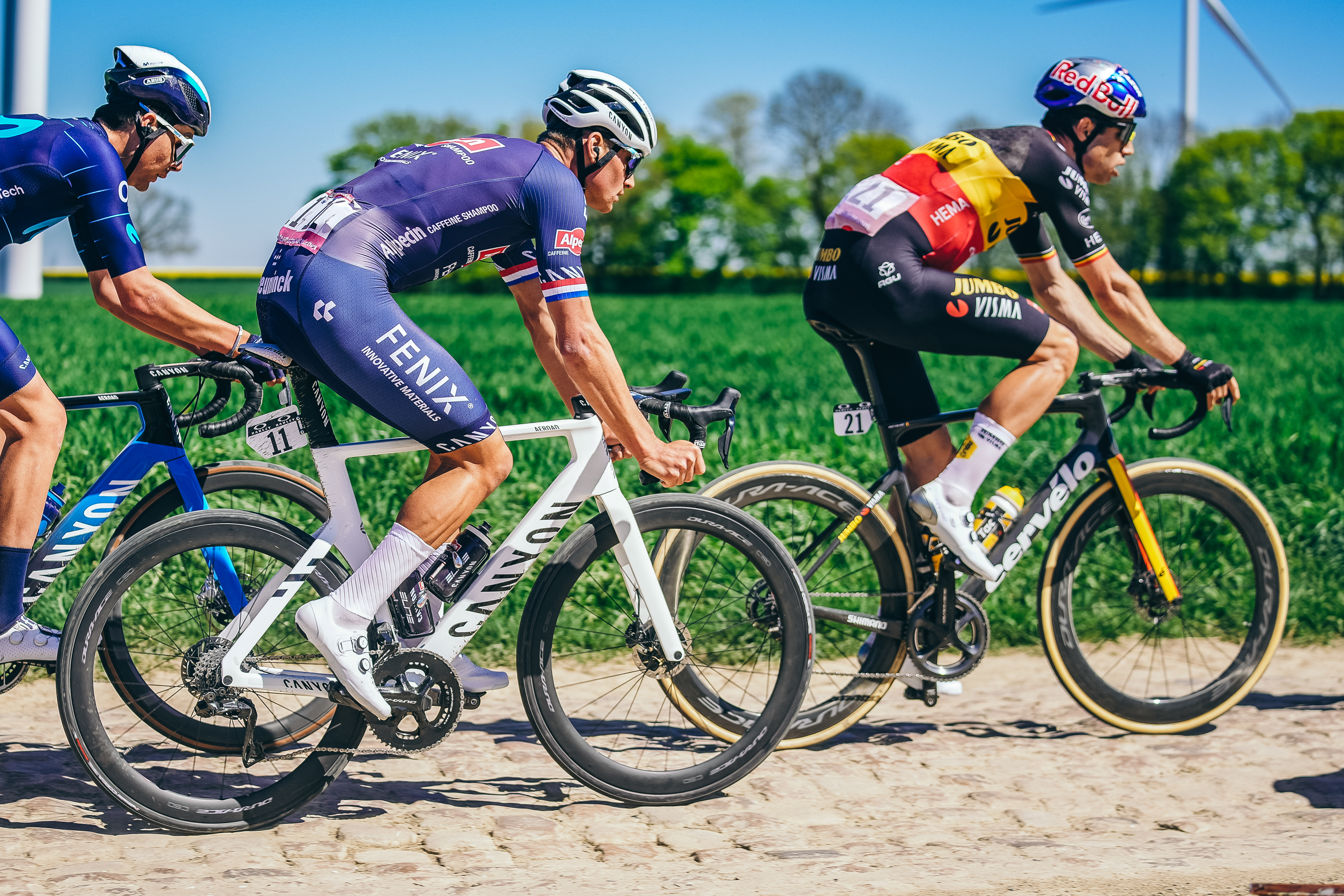 With the DURA-ACE R9200 groupset, Shimano has achieved a revolutionary breakthrough: a lightning-fast connection between shifter and rear derailleur. Man and bike thus become almost one.

When a tenth of a second can make the difference between victory and defeat, between joy and tears, there is no room for compromise. It is in this spirit that the team of Shimano engineers led by Hiroshi Matsumoto has developed DURA-ACE R9200, the groupset dedicated to a single godhead: speed. For the Japanese brand founded in 1921, speed is neither an aspiration nor a variant, but an exact science, to be developed together with the world’s top athletes and bicycle manufacturers. “I analysed weight, aerodynamics, stiffness, reliability and many other factors, all of which are interlinked,” explained Matsumoto, head of product planning at Shimano. The result, which has been achieved after a long series of tests in the lab and on the road, is a set of technological innovations that we illustrate here. 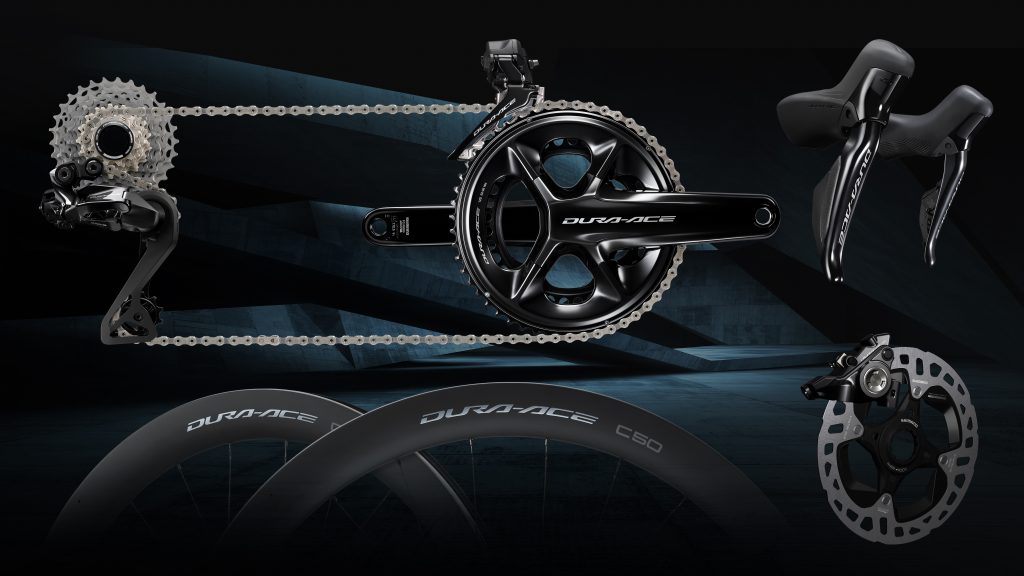 The Shimano revolution can be summed up as follows: thought and action, man and bicycle, are almost one. This is thanks to the Di2 platform, which guarantees a lightning-fast connection between the shifters and the rear derailleur, the fastest ever produced by the company, with a 12-speed semi-wireless transmission: the shifters that transmit the impulse to the rear derailleur have no wiring, while the rear and front derailleurs are wired and equipped with an internal battery. But there is no loss in reliability, let alone efficiency. The stats don’t lie: 58 per cent less operating time for the rear derailleur and 48 per cent less for the front derailleur. And that’s not all. If shifting is smoother, without interruptions, it’s also thanks to the new DURA-ACE HYPERGLIDE+ cassette, in which the ratios between the 6, 7 and 8 sprockets have been revised to mesh with the chain in the best possible way. This applies when going up or down in ratios. The effect? You shift and don’t realise you’ve done it. Because in the meantime you’re pushing on the pedals, gaining metres, getting closer to the finish line. 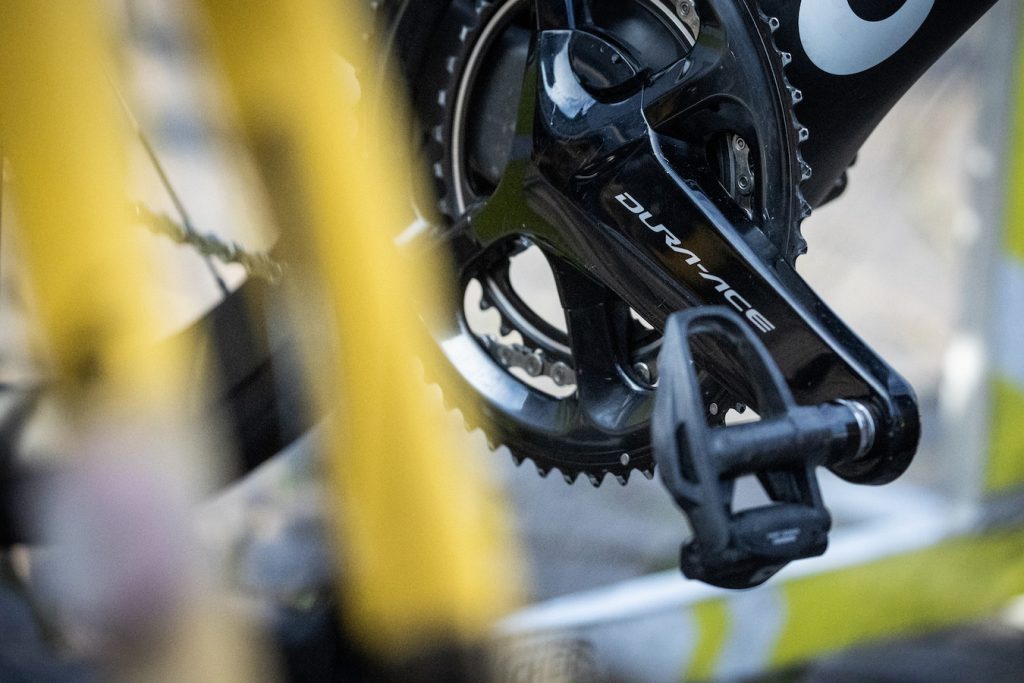 «When you spend six hours on a bike, you become one with it. So the more comfortable it is, the better,»  explains Coryn Rivera, a professional rider of DSM. So, the bike must become an extension of your body, shaped by gestures that are now automatic, always the same, surgical. Starting with the hands that operate the shifters, which in the DURA-ACE R9200 series are designed to provide the utmost in ergonomics. The gear levers curve slightly inwards, creating a greater distance between the levers themselves and the handlebars. The result is more space for the hand, which becomes less fatigued even after several hours on the saddle, and a better grip for the index finger and thumb on the hoods and three fingers on the brakes. 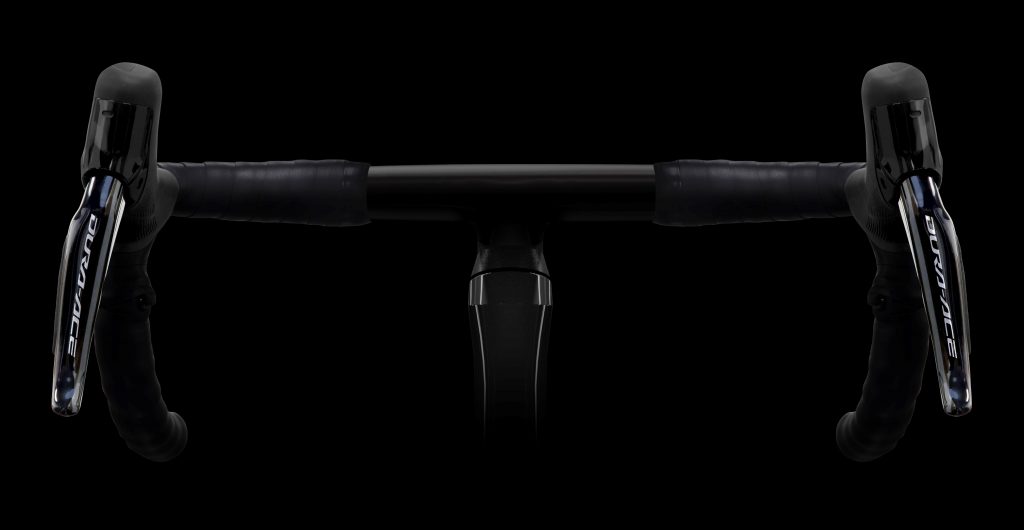 But speed and power are nothing without control. That’s why Shimano’s system engineering has also revised the braking system, equipping it with a solution that comes from the MTB and Gravel world: Servo Wave technology. Basically, by just feathering the brakes, there is immediate contact between the pads and the disc brake rotor. This results in more modular braking, which is essential for setting millimetric trajectories when descending hairpin bends and in the tightest corners. Shimano’s commitment to the science of speed has taken the development of road cycling components to a whole new level. The refreshed design of the new DURA-ACE R9200 is proof that Shimano has left no stone unturned in achieving its goal of making the fastest groupset in history. Don’t take our word for it. Try it for yourself.