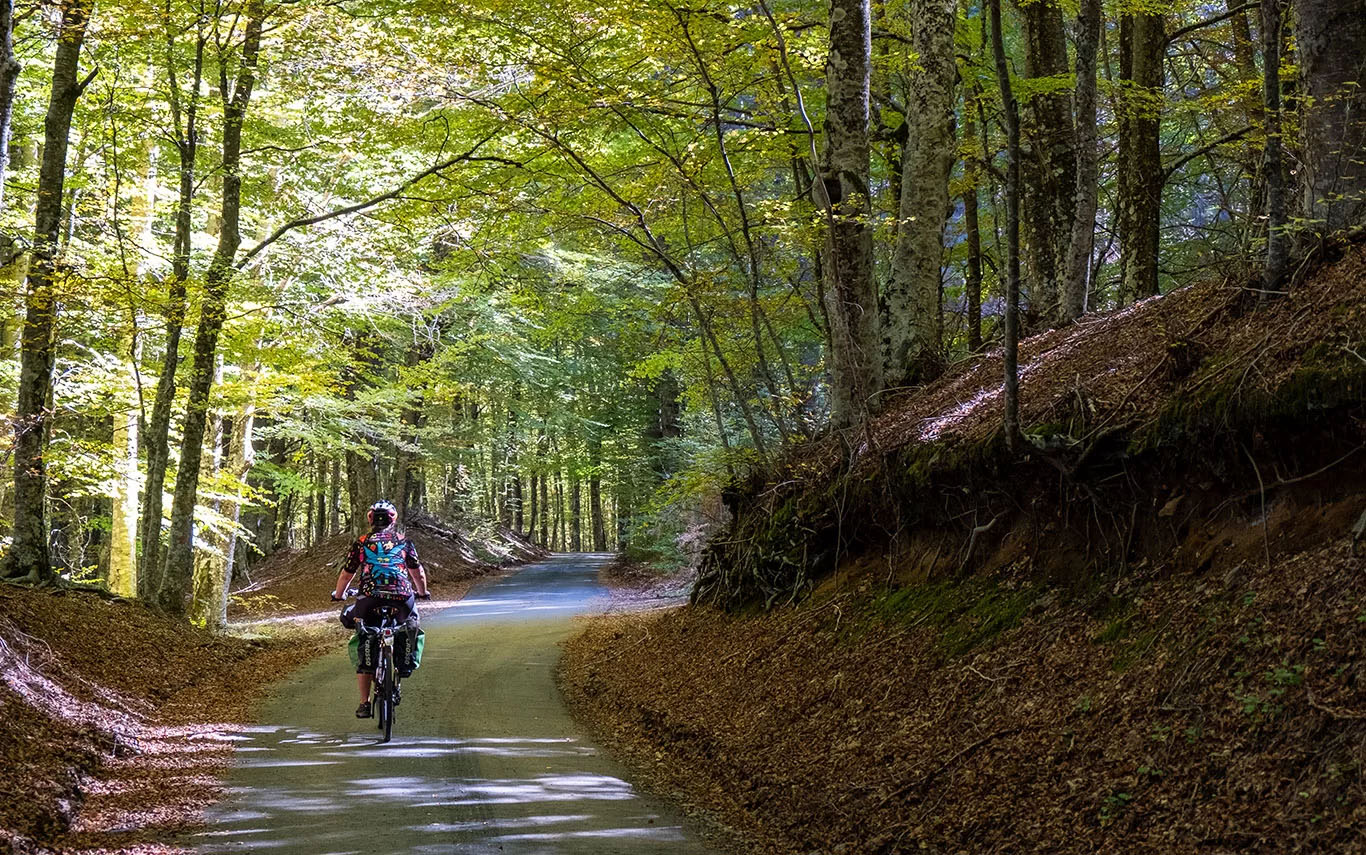 Riding a race or a touring bike. By yourself or with your family. To visit ancient villages or just contemplate nature. The Parks of Calabria Cycle Route suits all tastes.

On the map, the Parks of Calabria Cycle Route (2021 Cycle Tourism Italian Oscar) looks like a long snake that runs lengthwise through the entire region, straddling the Apennine ridge. In fact, there are 545 kilometres of pure wonder: a cycle routes network (download from www.cicloviaparchicalabria.it) with over a 10,000m total elevation gain, which rolls through no less than three National Parks and one Regional Park. Woods and forests, mountains and cultivated hills, villages rich in history and churches of different cults; because Calabria is much more than its 800km splendid coastline. And a bicycle is the best way to discover this heritage devoted to hospitality and eco-sustainability. 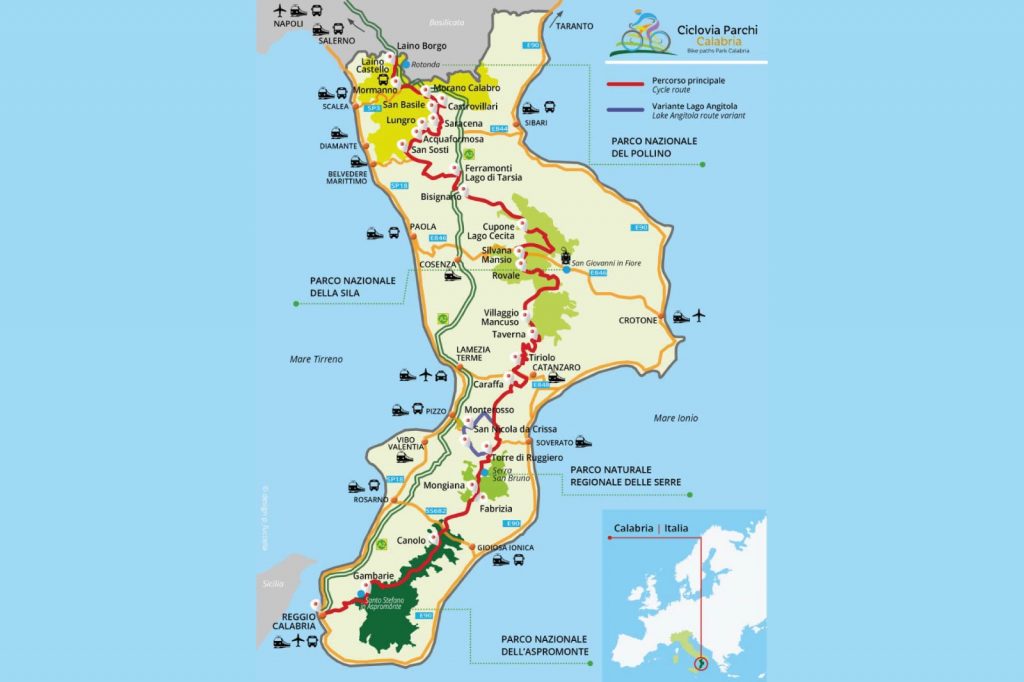 Starting from the north, the first park included in this bike-friendly area is the Pollino, a Unesco World Heritage Site since 2015. While cycling in its mountains, some of which are over 2,000 metres high, you can enjoy an outstanding experience: gazing at the two coasts, the Ionian and the Tyrrhenian. And if you venture into the Orsomarso Mountains, you might have some unique encounters. With the native roe deer, for example, or Italus – the oldest living tree in Europe, a Loricate pine that is 1,230 years old! We recommend you also point your handlebars towards Tarsia, with the Ferramonti Memorial Museum, dedicated to the largest Italian fascist concentration camp where Jews, anti-fascists and political refugees were interned. 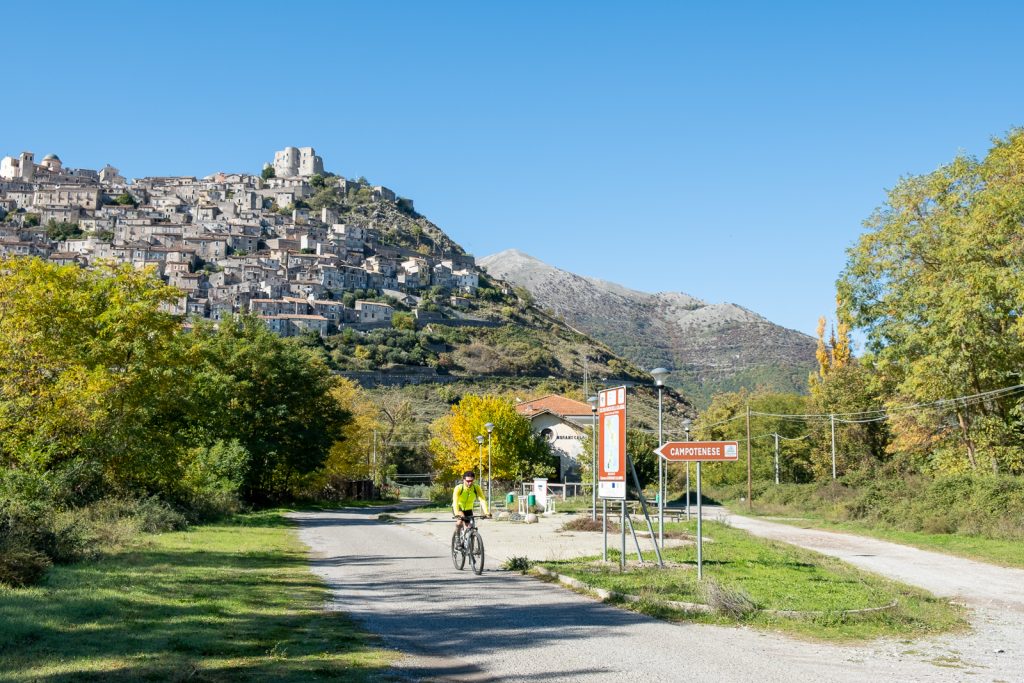 Further south, we enter the Sila National Park, the so-called “Italy’s great woodland” because this area, covered entirely by woods and forests home to wolves, deer and wild boar, in ancient times supplied timber to the shipyards of Magna Graecia. And for those who, in addition to cycling, love art and history, there is an must-see destination to be included in your travel itinerary: Taverna, founded in the 9th century. In the village, notable landmarks include several monastic complexes and noble palaces, as well as the Civic Museum with paintings by Mattia Preti, known as the Cavalier Calabrese, who, after attending Caravaggio’s workshop, became the official painter of the Knights of Malta.

If you continue towards the tip of the boot, you will find the Serre Regional Nature Reserve, a habitat rich in mountains and forests, gullies, torrents and spectacular waterfalls, such as the 118-metre-high Marmarico waterfall. Finally, there is the Aspromonte National Park, a paradise in the land of maquis, a favourite of a very diverse wildlife, including many migratory birds. Its distinguishing feature? The so-called ‘Pietre’, gigantic monoliths shaped by the atmospheric agents that seem to have fallen to Earth from a distant planet. Pietra Cappa, the most famous and among the largest boulders in Europe, is a must to pay homage to. But this is also an area with important historical reminiscences. The tree on which General Giuseppe Garibaldi leaned, wounded on 29 August 1862, is still standing in a centuries-old pine forest in Sant’Eufemia d’Aspromonte. Also, not to be missed is a visit to the Mausoleum, which keeps alive the memory of the landing of the Thousand and the Red Shirts led by the hero of two worlds. Finally, the Parks Cycle Route is also a journey into taste, into the millenary food and wine traditions of Calabria, which tell of the cultures and crops of the Mediterranean, offering typical products and dishes of unparalleled quality, in every season. 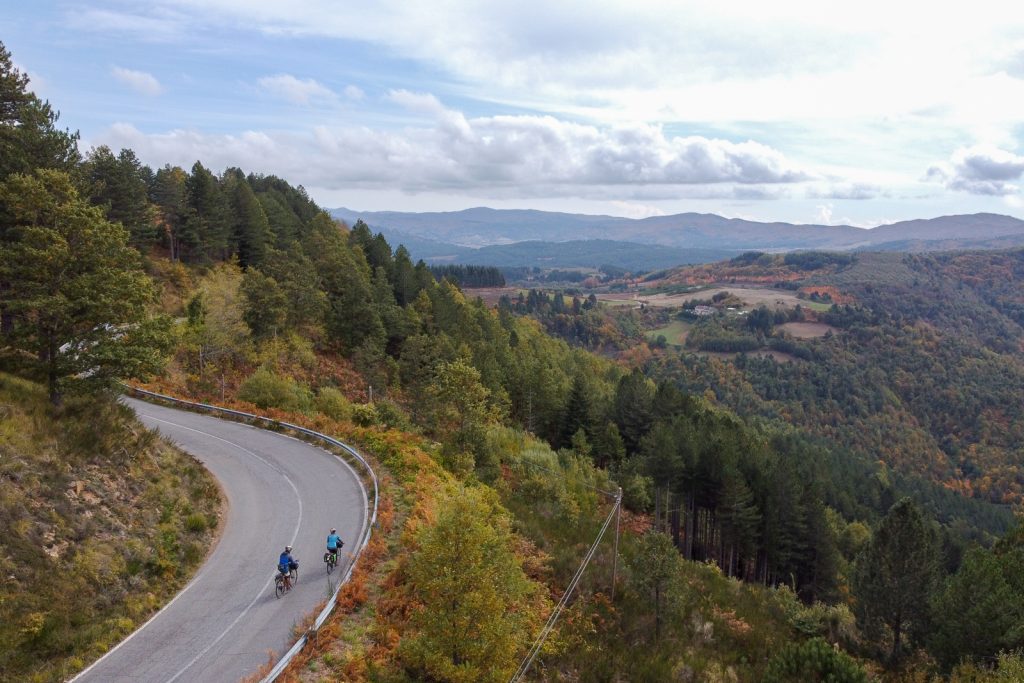