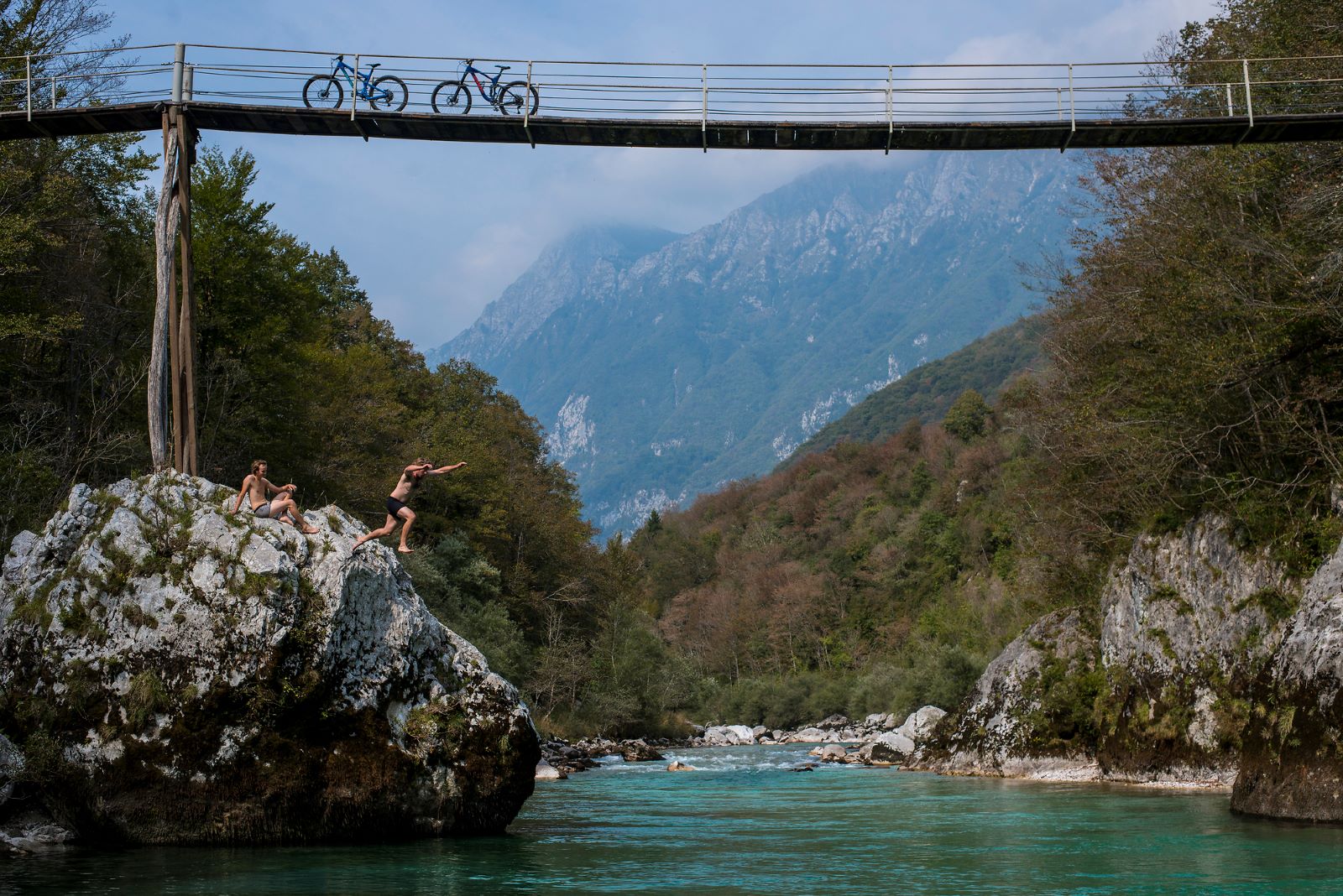 Riding along the banks of the green-blue river in Slovenia. Follow in the pedals of the champions of the Giro.

Marano Lagunare. From this town in Friuli Venezia Giulia, on 27 May, the 19th stage of the Giro d’Italia 2022 sets off. And then, off we go across the border to Slovenia, into the Soča Valley, the river that looks like a string of Caribbean Sea, a green-blue trail running through picture-postcard canyons. Past Kobarid (Caporetto), the course takes in the gruelling climb to Kolovrat, on the border with our country, and reaches the finish at the Sanctuary of Castelmonte. A perfect script and a perfect setting for a day of great cycling, indeed. Because Slovenia, which gave birth to champions such as Primoz Roglic, Tadej Pogacar, Matej Mohoric and Jan Tratnik, has a riding soul, with a territory that concentrates sea and Alps in a handkerchief of square kilometres and a strong vocation for sustainability. Not by chance, it is the official sponsor of the Maglia Pistacchio, awarded to the winner of the Mixed Regularity Trial Classification of the Giro-E, the parallel competition to the Corsa Rosa (it takes place on the same days, on the same course) dedicated to pedal-assisted racing bikes. 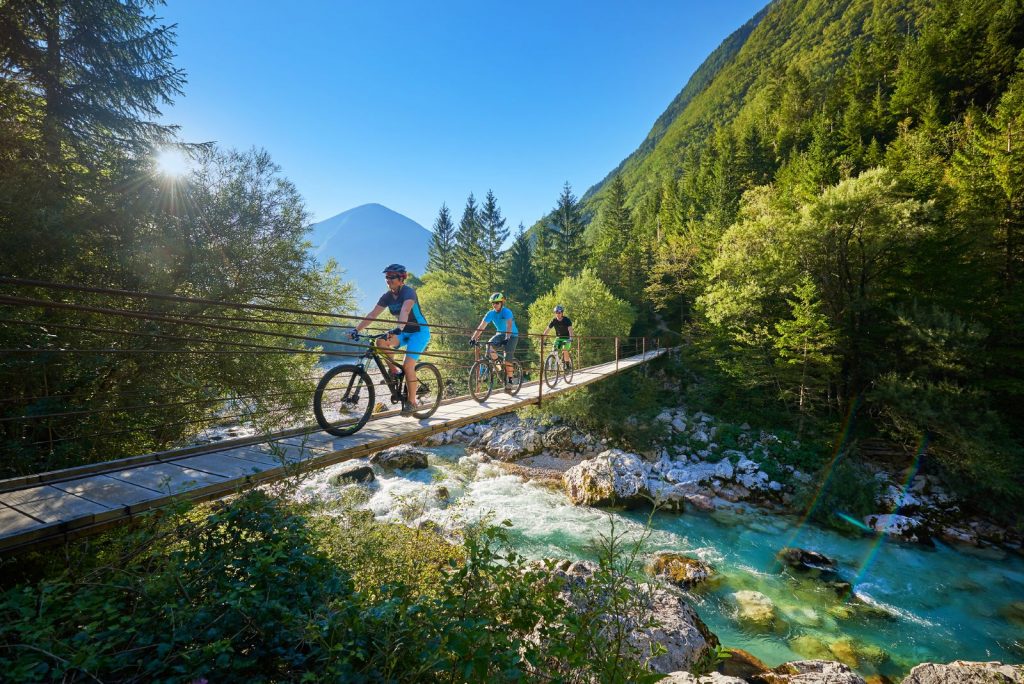 But you don’t have to be a professional cyclist or performance maniac to enjoy the Soča Valley, the green lung just a stone’s throw from Italy. On the contrary, it is for all cycling enthusiasts: even those who prefer mountain biking, those who bring their families, those who want to combine cycling with a cultural or gastronomic experience. Kobarid, for a start, is home to the First World War Museum, an invitation to peace in the name of historical memory. Not only that. Kobarid also boasts a gastronomic circle of top-notch restaurants, including Casa Franko, which recently entered the list of the 50 best in the world. 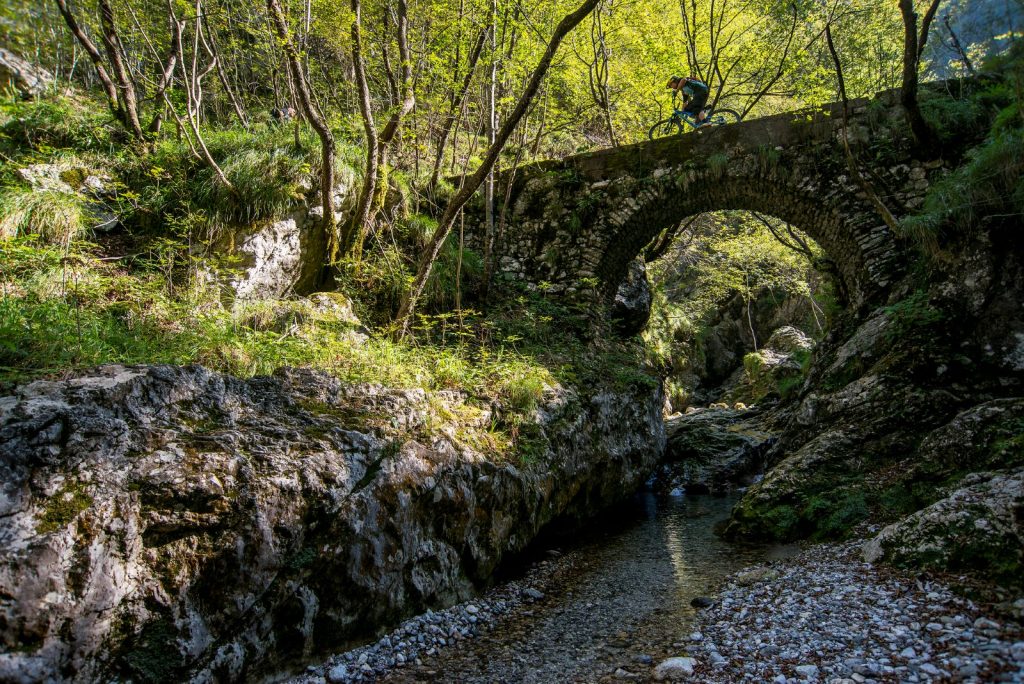 The Slovenia Green Gourmet Route could only pass through here. A new cycle route, spread over 11 days, which makes numerous gourmet stops its strong point. Starting from Ljubljana, the country’s refined capital, and arriving in Maribor, the capital of Styria, a tour that takes you on a discovery of excellent wines, zero kilometre products, artisan specialties and sophisticated menus. Yes, because the route passes no fewer than six Michelin-starred restaurants! 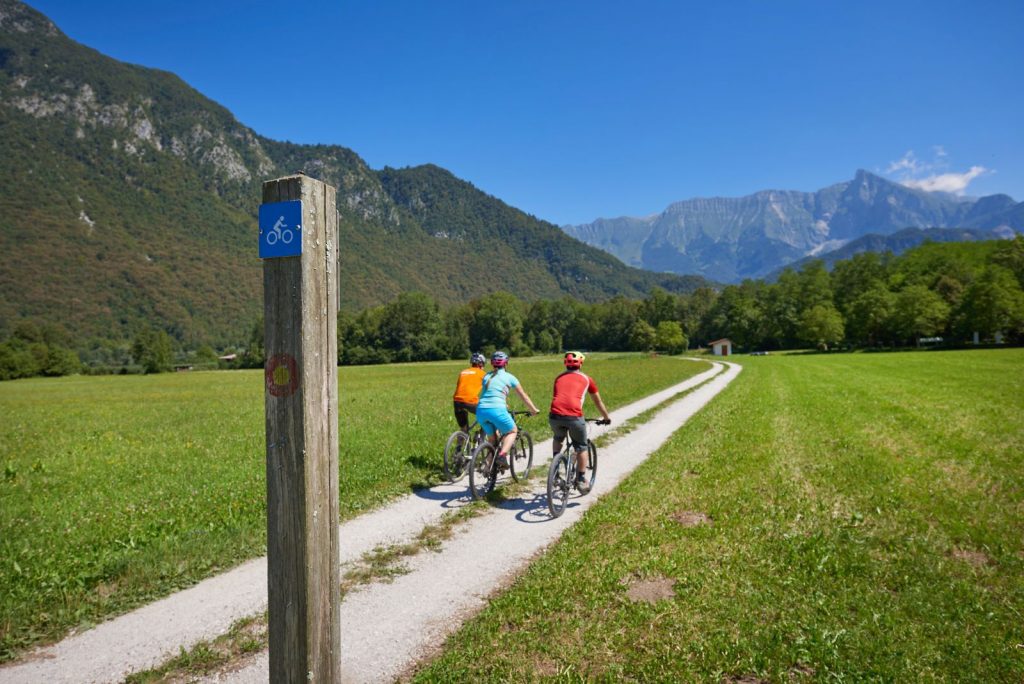 As we were saying, however, there is something for everyone. Even for those who prefer the taste of mud and dirt roads to certain delicacies. If you are one of them, don’t miss the Trans Slovenia 1 route: a mountain bike itinerary that takes 7 days and can be adapted to suit your level of fitness. It runs from the Julian Alps to the Adriatic coast, connecting Austria, Slovenia and Italy. The total distance is 384 kilometres, winding through mountains, vineyards, karst areas and the banks of the Soča River. If you’re not tired yet, you can also go kayaking, rafting and canyoning. You will come back refreshed. You are in the first destination in Slovenia to be awarded the title of European Destination of Excellence (EDEN) for its ability to develop natural and sustainable tourism.