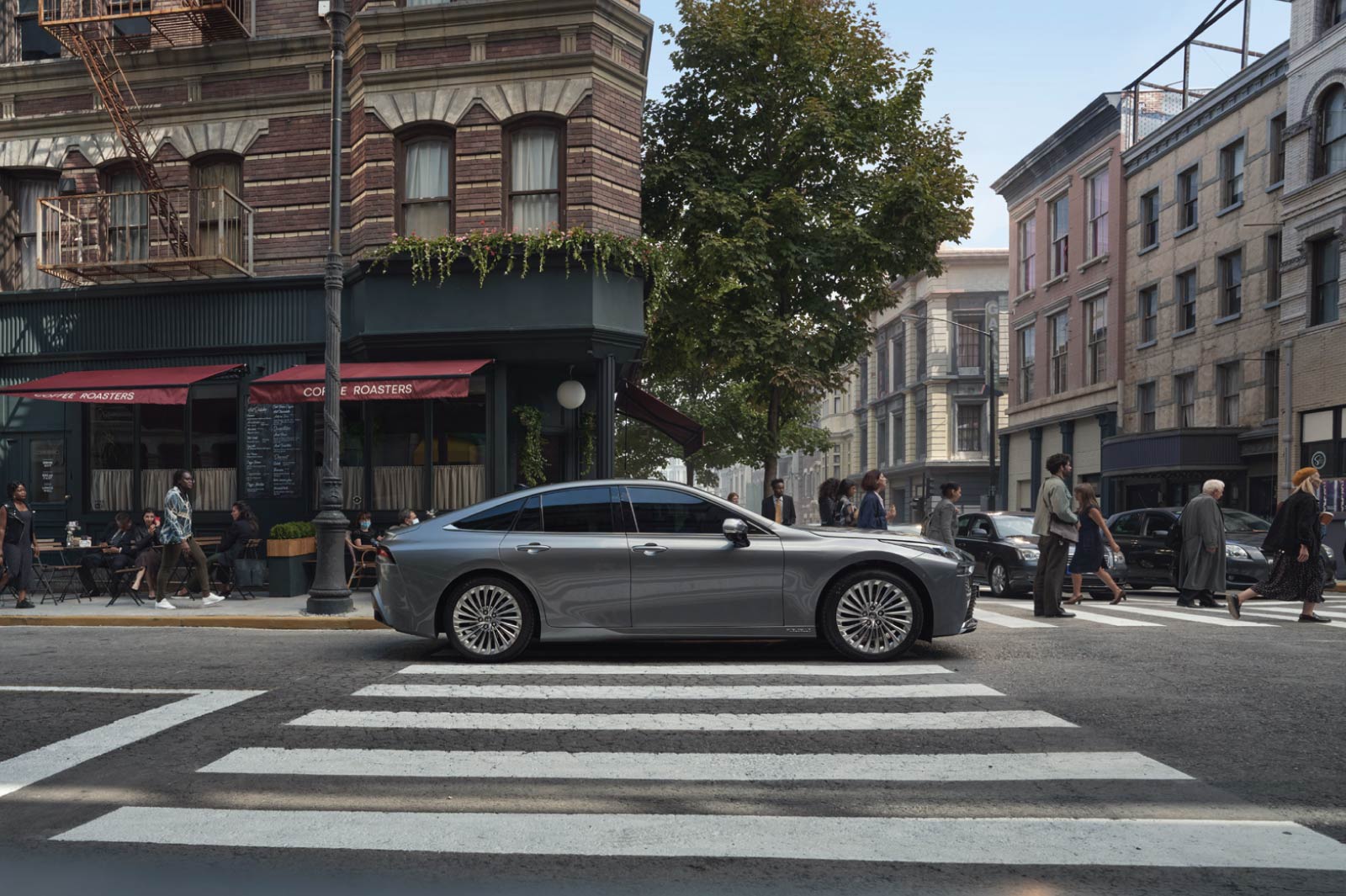 In partnership with Toyota, leader company in the electrification sector, the Corsa Rosa reaches out to our Planet.

If they could talk, the baroque churches of Catania, the caruggi of Genoa and the Dolomites would thank them. Because the Giro d’Italia 2022 is an increasingly sustainable and environmentally friendly event, through the partnership with Toyota which is being renewed for the fourth consecutive year. A synergy that doubles in view of the Giro-E, the race for pedal-assisted bicycles only that runs on the same roads as the Carovana Rosa. 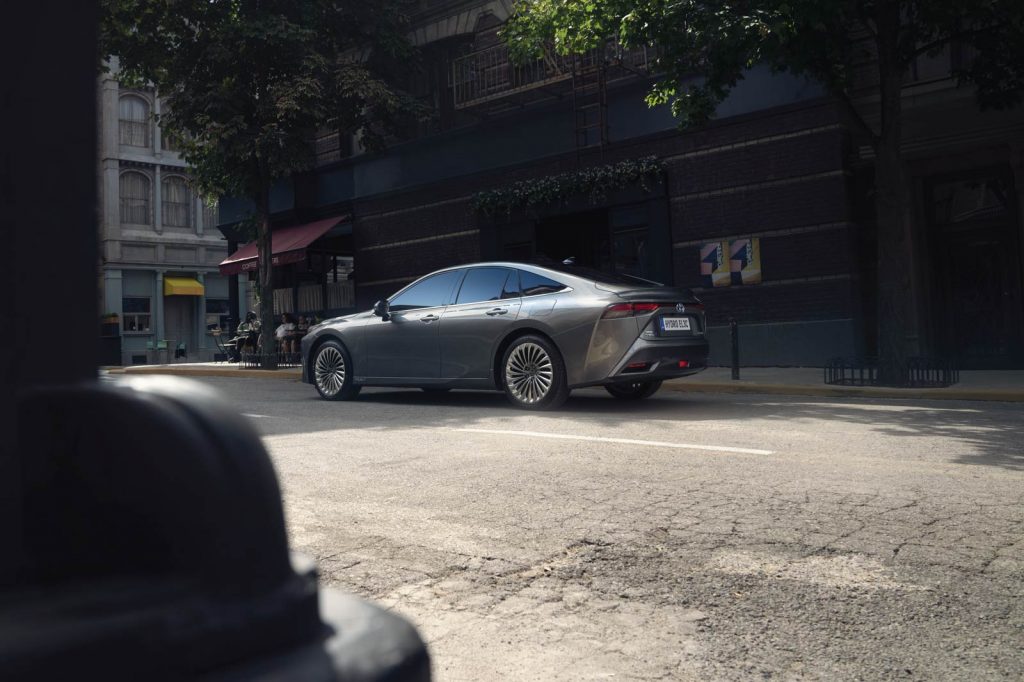 More than 50 vehicles will be provided on the roads of the Giro by the Japanese brand. These include the bZ4X, the first model of the new Toyota bZ – beyond Zero – family of electric vehicles with zero emission battery, which will accompany Richard Carapaz and his contenders on all the stages. The second-generation Mirai will also appear on the route – a car that embodies the Beyond Zero vision of Toyota Group. It is an electrically driven car, powered by hydrogen fuel cells, whose only emission is water vapour and, thanks to a filter, it cleans the air while driving. Completing the fleet are the RAV4s in Full Hybrid and Plug-in Hybrid versions, which will be used for the race direction, and the Corolla Hybrid Touring Sports, cars that can best combine performance with high energy efficiency and extremely low emissions of greenhouse gases and pollutants. 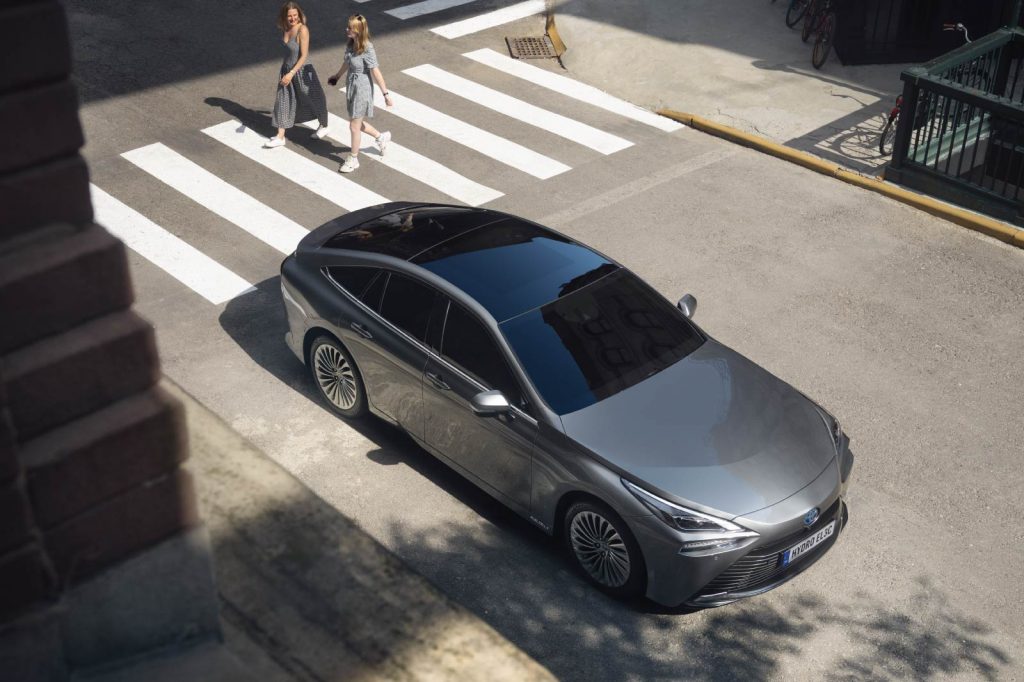 Toyota will therefore be present with its entire electrified vehicle range to make the Giro even more sustainable and environmentally friendly, thanks to their experience accumulated in the 25 years since the launch of the first car with Full Hybrid technology, the Prius. Toyota has come a long way since then, with 20 million electrified vehicles sold globally and the ambition to have 9.5 million electrified vehicles on the roads around the world by 2030. And now Toyota wants to go further: ‘Beyond Zero’, a vision that aims to achieve a mobility where zero emissions is only an intermediate step towards a sustainable, safe and inclusive society in which no one is left behind and everyone can move without limitations. 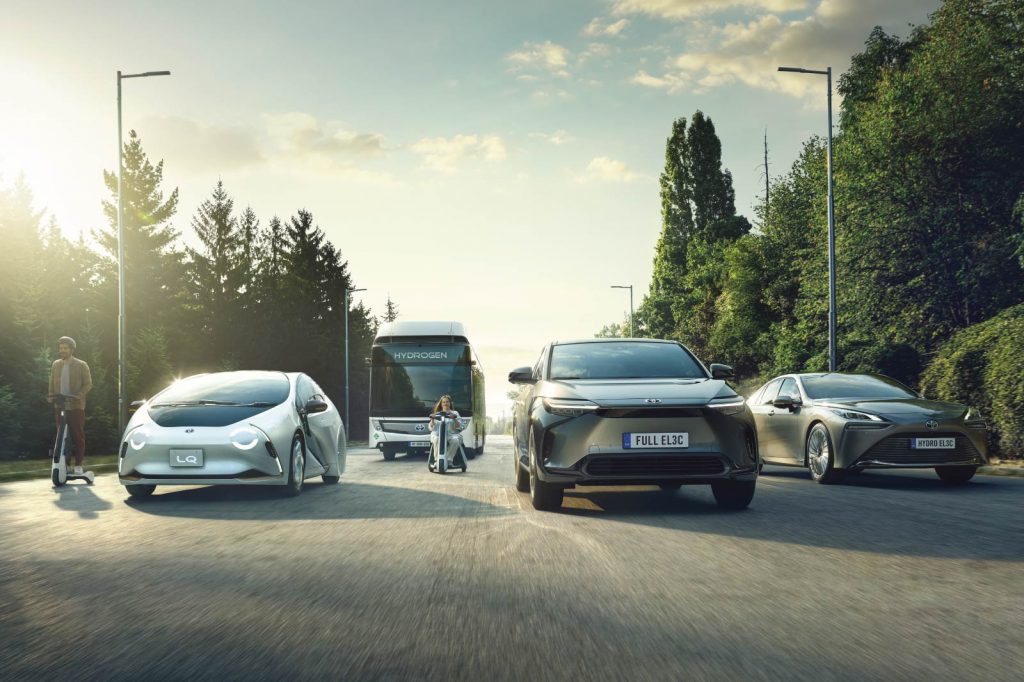 That is why, on the slopes of Mount Fuji in Japan, Toyota is building Woven City, which best embodies its vision of a future society. A revolutionary, connected, digital and sustainable city in which transport, infrastructures and buildings will be connected, in which people will only travel by zero-emission vehicles and hydrogen will be the main renewable and clean energy source. An open-air laboratory in which to test the integration of new technologies such as autonomous driving, robotics, personal mobility, smart homes and Artificial Intelligence.